481 Funny Tattoos That Will Make You Laugh

Not to mention, hilarious tattoos seem to elicit more reactions on social media, and can even be a unique conversation starter around the right people.

Are Funny Tattoos a Mistake?

Many people still see these tattoos as a huge mistake; they warn others that they will regret getting them. But as tattoos grow increasingly popular, especially among young people, perceptions around them change.

Today, many people look forward to the opportunity of tattooing a joke on their skin. 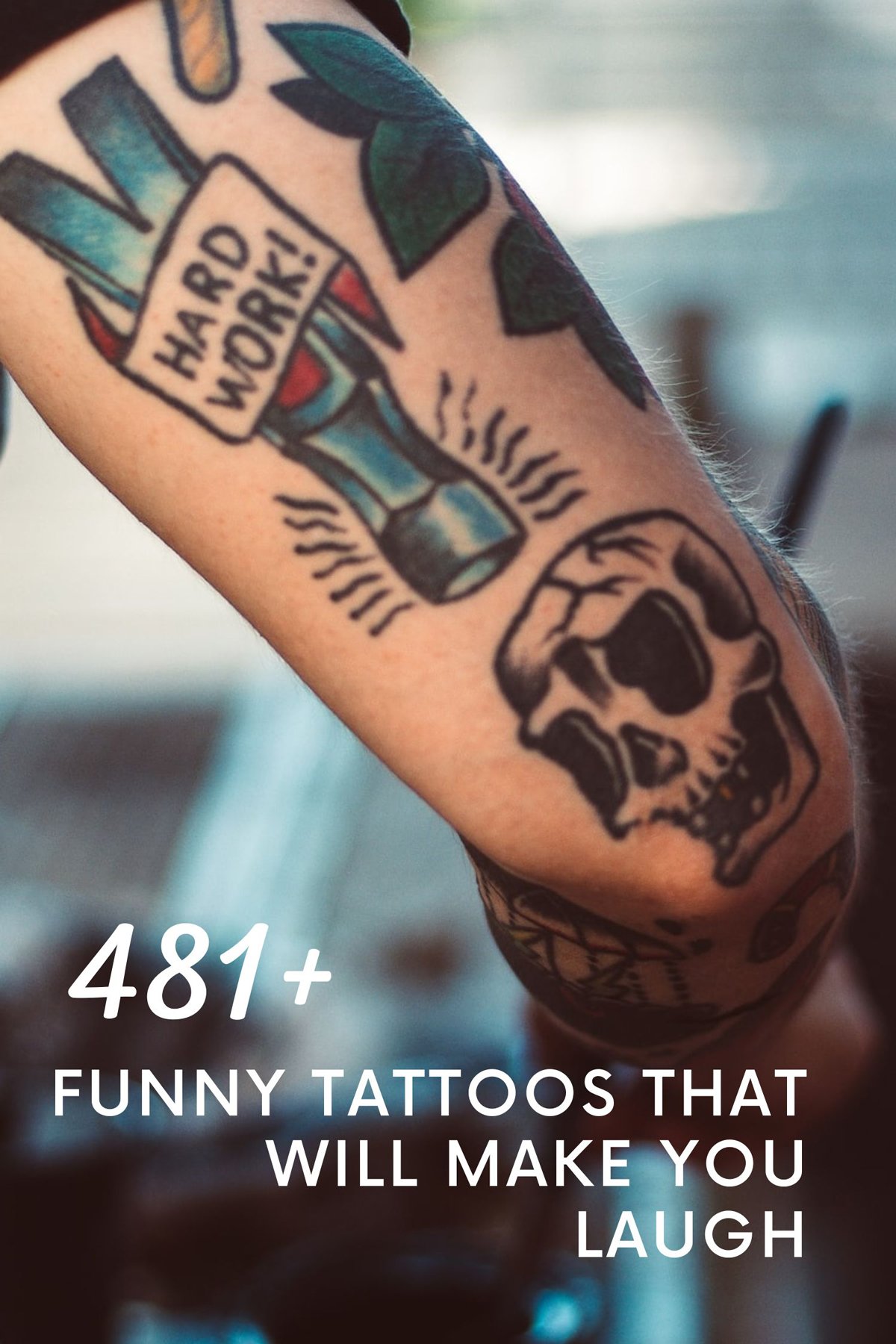 Why Do People Get Laughable Tattoos?

Most people who get funny tattoos already have multiple other tattoos on their bodies. After getting several meaningful and symbolic tattoos, some people are just looking to fill the space with something funny and quirky.

The point of light hearted ink like this is that they typically it doesn’t have a deeper significance. Some people just get tattoos they and others can laugh about.

Tattoos have been around for thousands of years, but then again, so have jokes. The truth about why we get tattoos is completely subjective.

To some, tattoos are symbols of what inspires them. Others get tattoos to commemorate significant memories or in honor of other people. But some people want nothing more than to make themselves and others around them laugh. In fact, they are so committed to that endeavor that they permanently ink their skin to do it.

Do You Want a Funny Tattoo?

Have you thought about getting one of these hilarious works of art? Perhaps of a popular internet meme or an inside joke between you and some of your closest friends.

Just remember, tattoos are forever, so even if you do want a funny tattoo, make sure it’s something you won’t eventually regret. 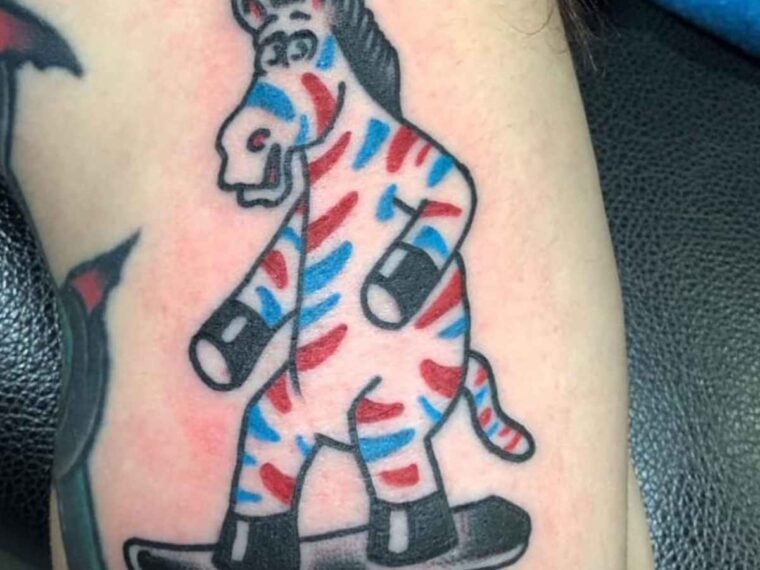 Inside: Zebra gum tattoo ideas that will make you feel nostalgic about all that bubble blowing fun. Do you remember the fruity zebra bubblegum that had little tattoos in the gum wrapper? You know…the one whose flavor was incredible but only lasted for about 15 seconds before all the flavor was gone? Yep…I just unlocked […] Read more… 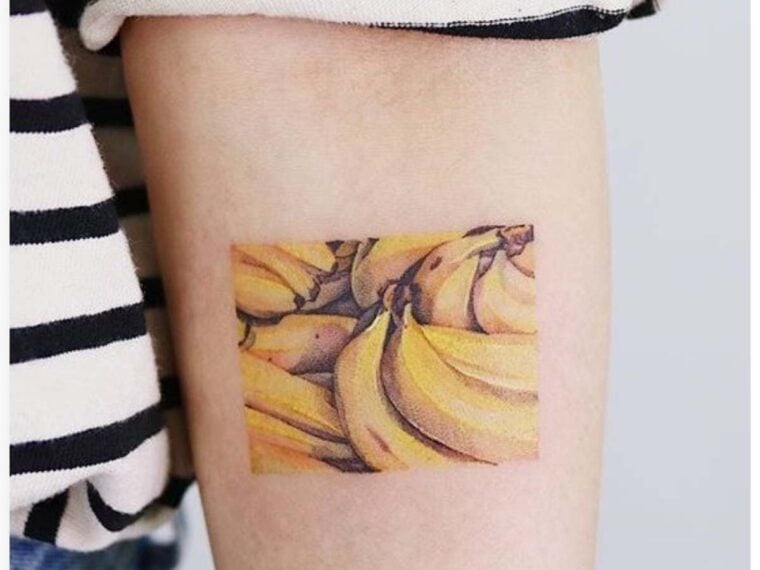 Inside: 53 Banana Tattoo Designs + Fun Meaning It might sound crazy, but banana tattoos, as well as fruit tattoos in general, are far more common than they might seem. This is due to the fact that many people consider that by drawing fruits like bananas on their skin, they represent a gift that nature […] Read more… 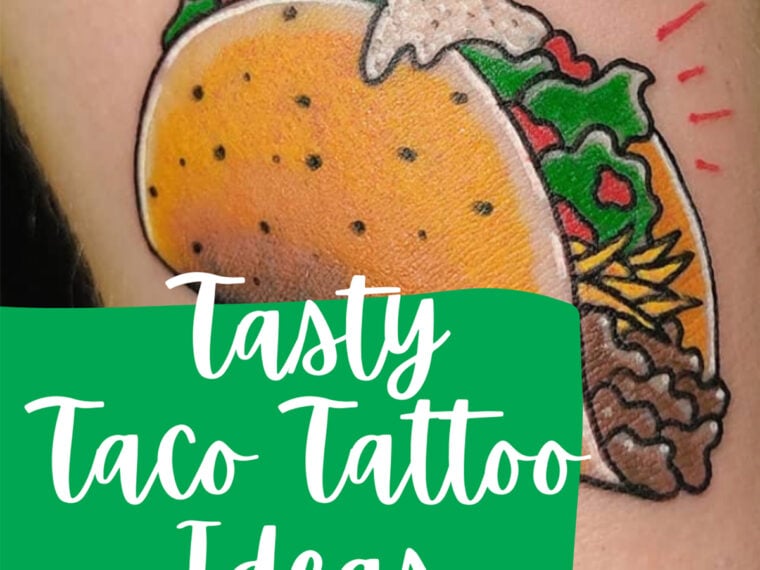 Inside: Tasty Taco Tattoo Ideas + Designs (So Good You Could Eat). If you’re looking to get inked, why not think outside the box and pick a tattoo that is meaningful to you and your interests? If you’re the kind of person who loves their food and you also love tacos, why not go with […] Read more… 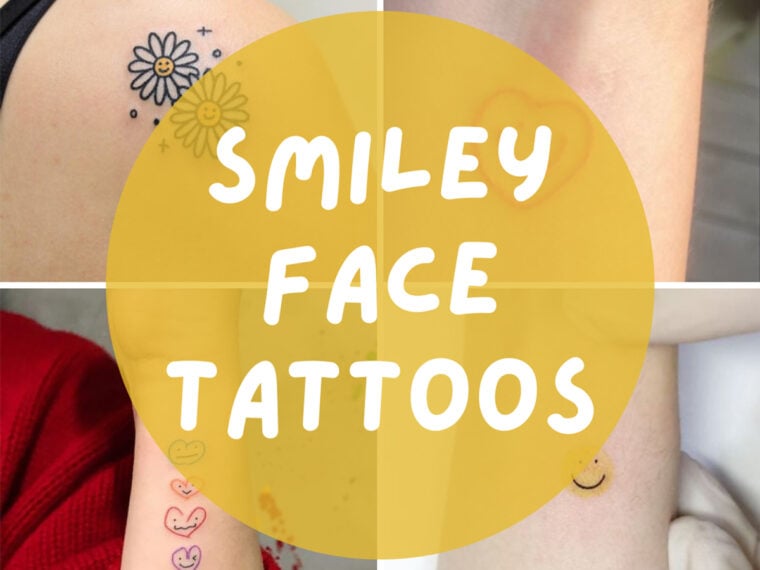 481 Funny Tattoos That Will Make You Laugh, Creative Tattoos

Inside: The Happiest Smiley Face Tattoo Ideas It is pretty much impossible not to crack a smile when you lay your eyes on a smiley face tattoo. They are too cute and will cheer up even the grumpiest person! Oftentimes, we take life a little too seriously and get worked up over the littlest thing. […] Read more… 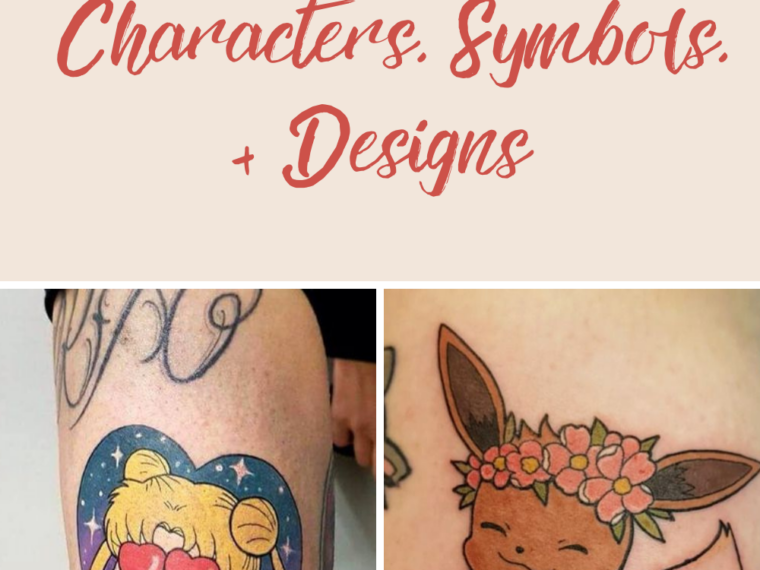 481 Funny Tattoos That Will Make You Laugh, Tattoos For Women

Inside: Kick Ass Anime Tattoo Ideas – Characters, Symbols, + Designs. Finding the perfect tattoo that will stand out from the crowd can be the ultimate accessory to compliment your personality or attitude. If you’ve been looking to get a unique tattoo, anime is a great place to start looking. Anime tattoos are always full […] Read more… 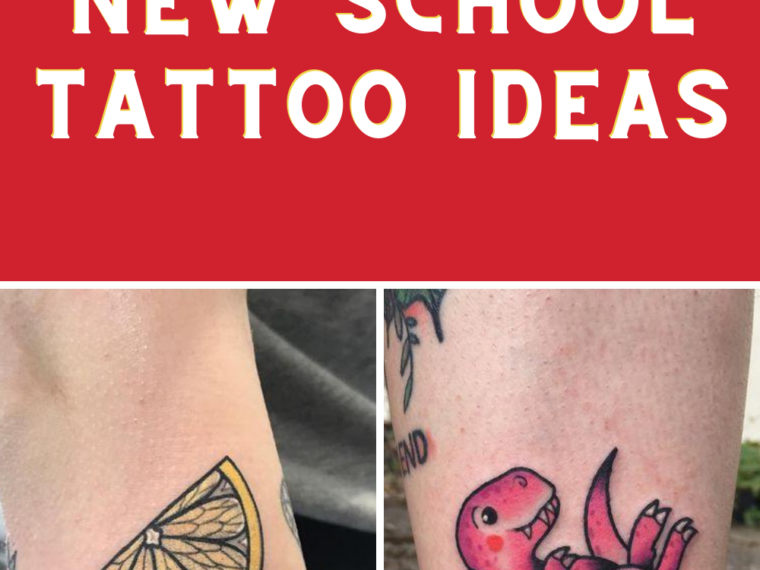 481 Funny Tattoos That Will Make You Laugh, Tattoos For Women

Inside: Totally Rad New School Tattoo Ideas Screaming with weirdness, fun, wacky, and unique animations, you aren’t going to find tattoos more creative than these new school styles. These types of tattoo designs were majorly popular back in the 80s and even still in the 90s. But they sort of fell off for a while […] Read more… 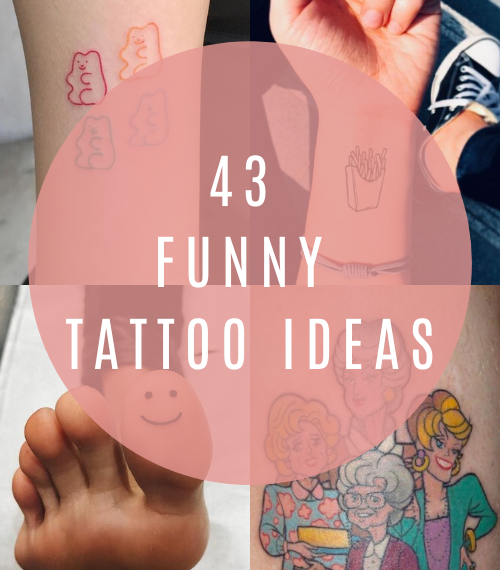 481 Funny Tattoos That Will Make You Laugh

Inside: 43 Funny Tattoo Ideas You consider yourself a pretty funny person so of course, you need a fun and funny tattoo to show the world you have a sense of humor and you don’t take yourself too seriously. Maybe it’s something that plays off a birthmark or a freckly. Maybe the tattoo is just […] Read more…