Don’t let the name fool you, new school isn’t really all that new anymore. It rose to prominence in the weirdness that was the late ’80s and early ’90s, but lately, it has gained popularity. This is probably because it was very much a product of its time, featuring a highly animated aesthetic that takes after popular entertainment from that period in American history.

The style is cartoonish and wacky, featuring caricatures and other exaggerated figures.

While cartoons certainly have the most influence within New School tattooing, graffiti is another large slice of the pie. Although hugely popular in the underground of the 1980s, the popularity of graffiti hit an all-time high in the ’90s and into the 2000s.  Check out a few of our favorite New School Tattoo Ideas that are filled with fun colors and crazy characters. 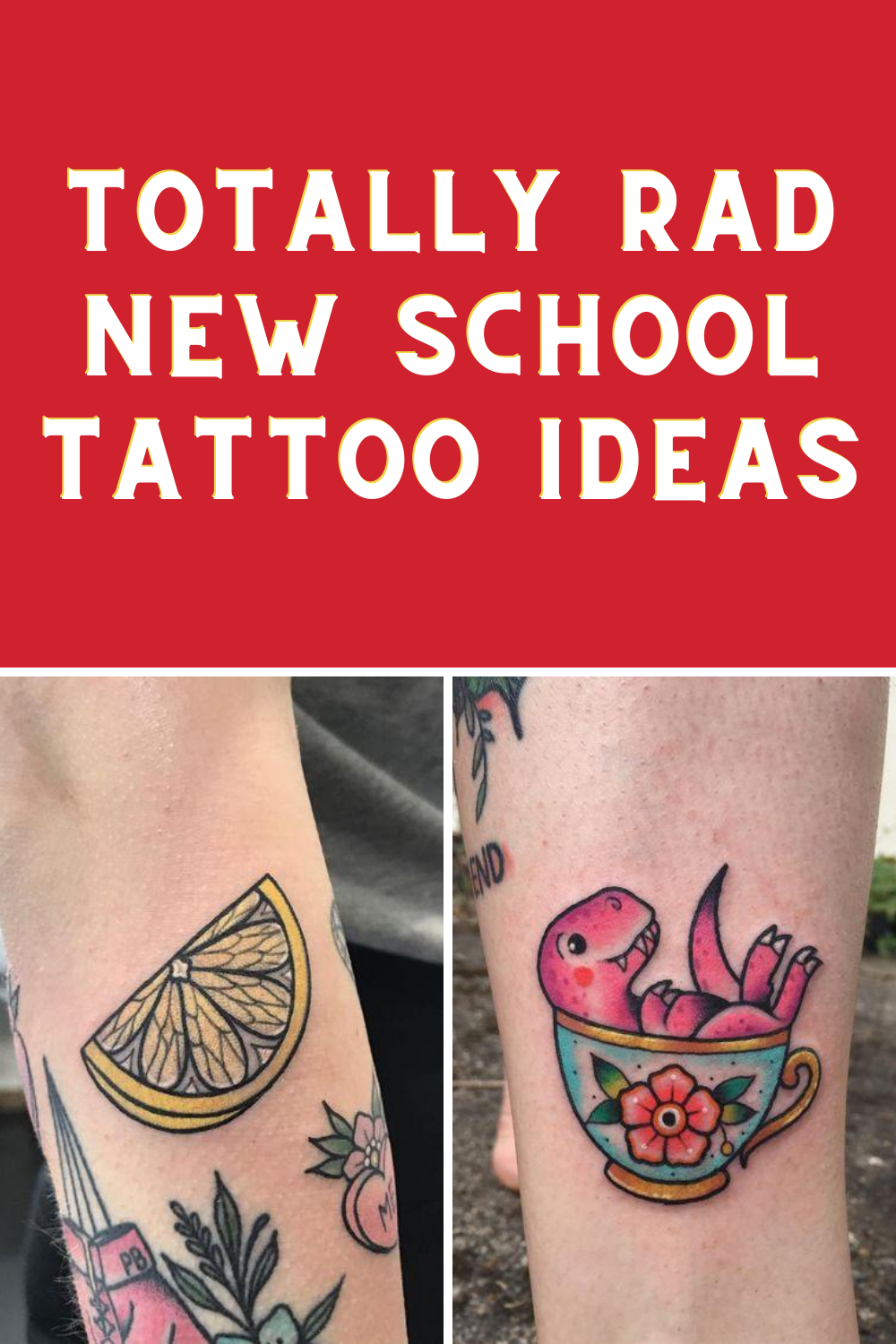 What does New School Mean?

A new school is a tattooing style originating as early as the 1970s and influenced by some features of old school tattooing in the United States. The style is often characterized by the use of heavy outlines, vivid colors, and exaggerated depictions of the subject.

With Intensely vivid tones, eye-catching characters, rounded shapes, and cartoonish concepts make New School tattooing a highly animated aesthetic that pulls from many different places for its style. With foundations in American Traditional, Neo-Traditional, as well as anime, manga, video games, and comic arts, there are few things this style does not borrow from. 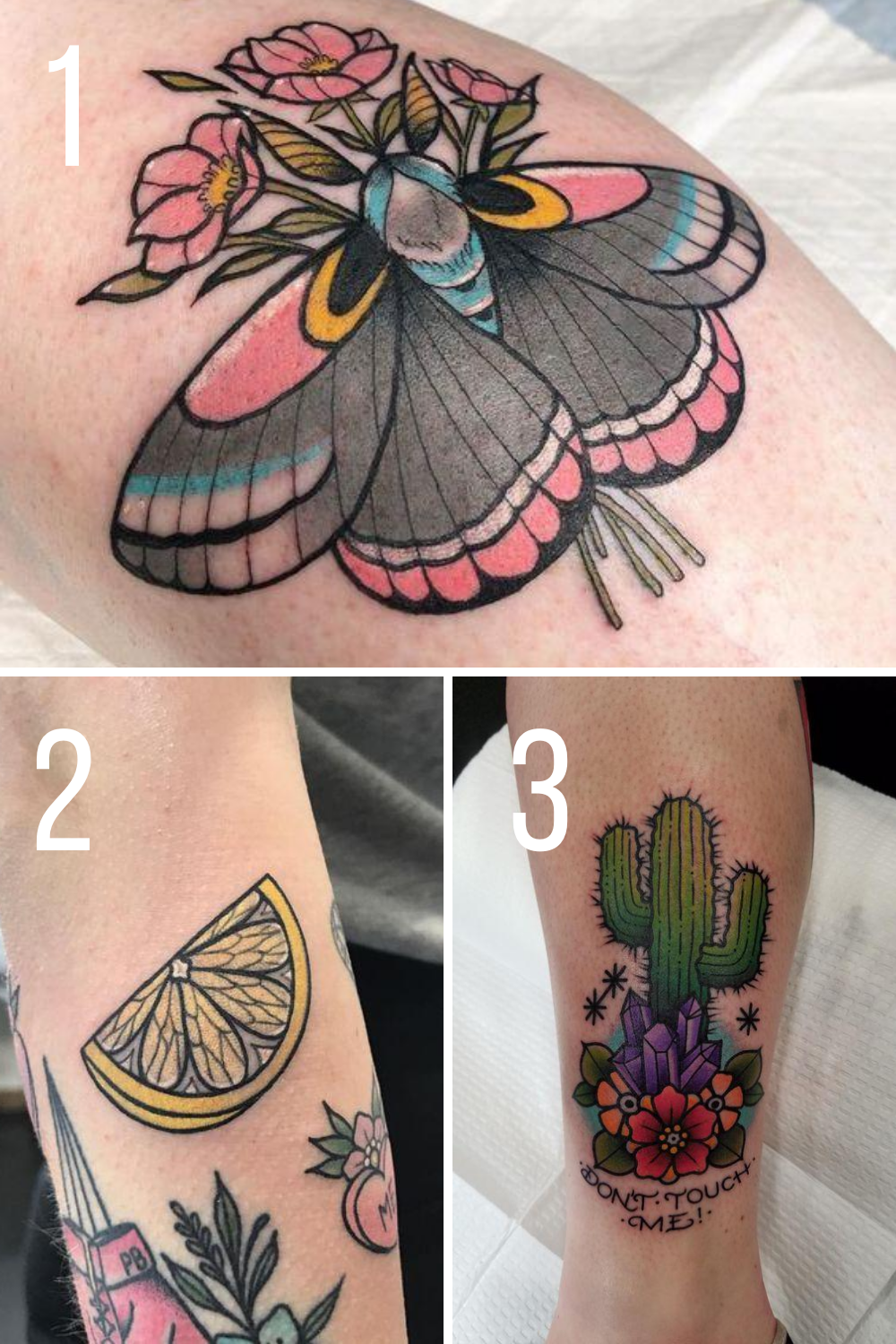 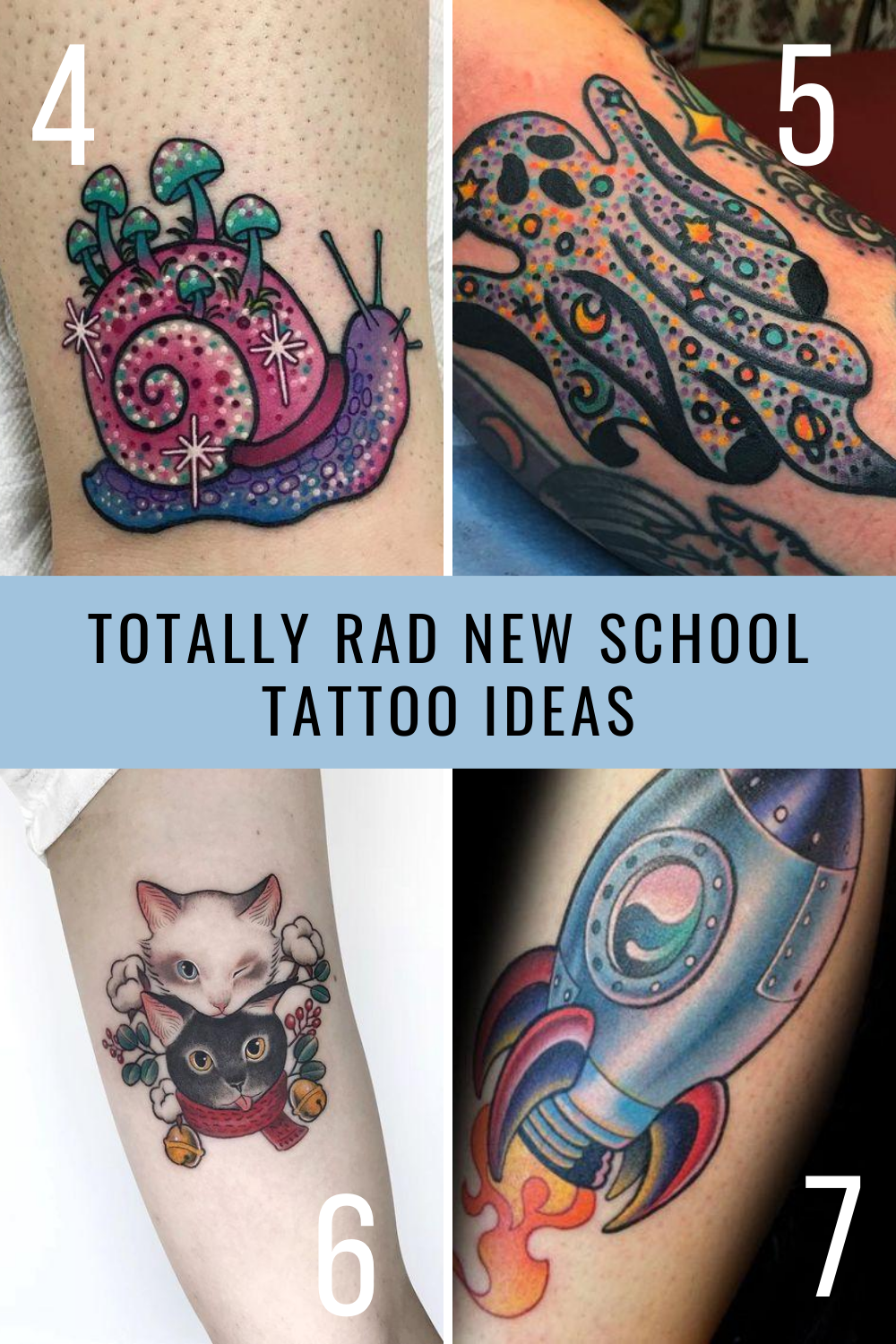 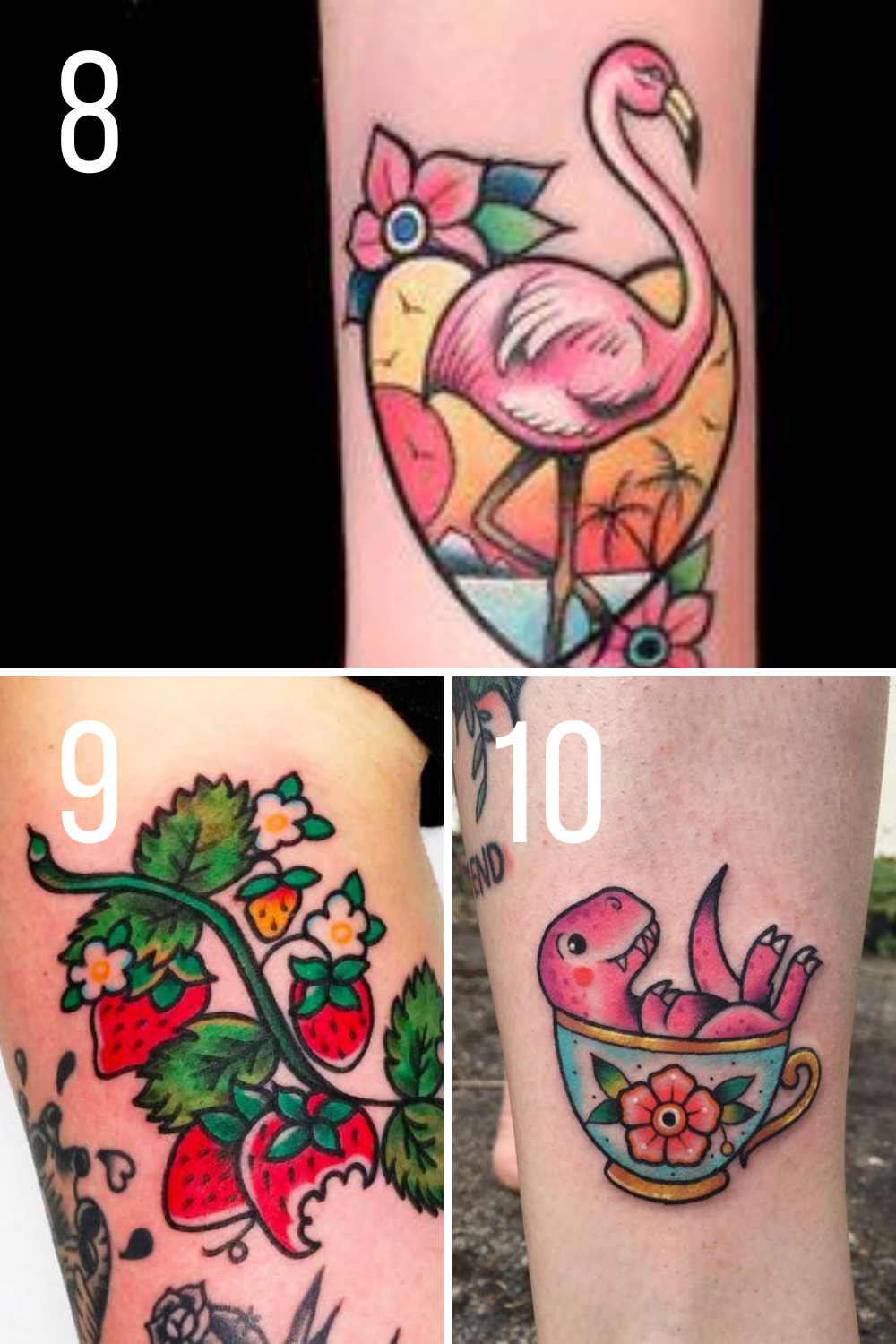 14. Don’t walk away in silence 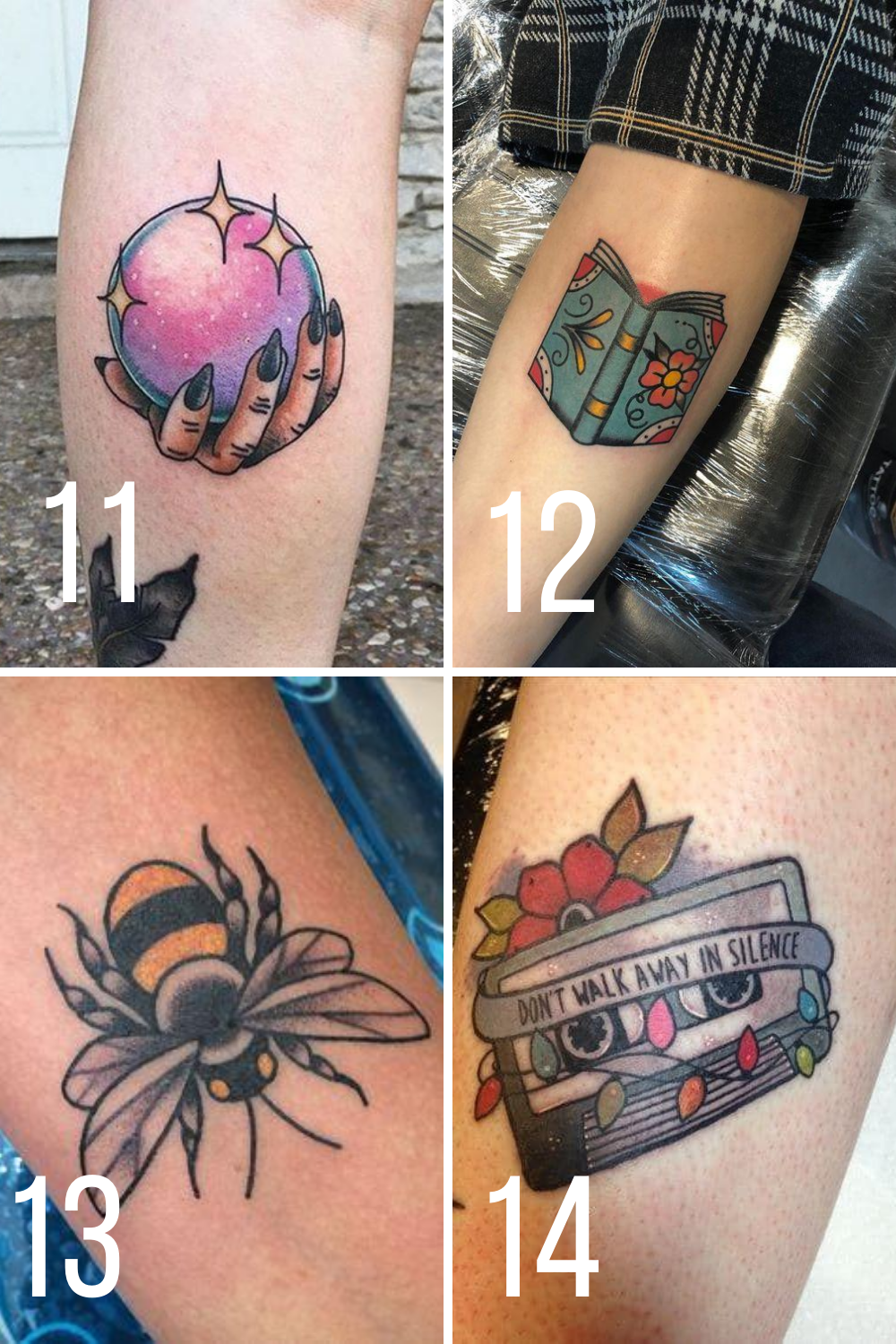 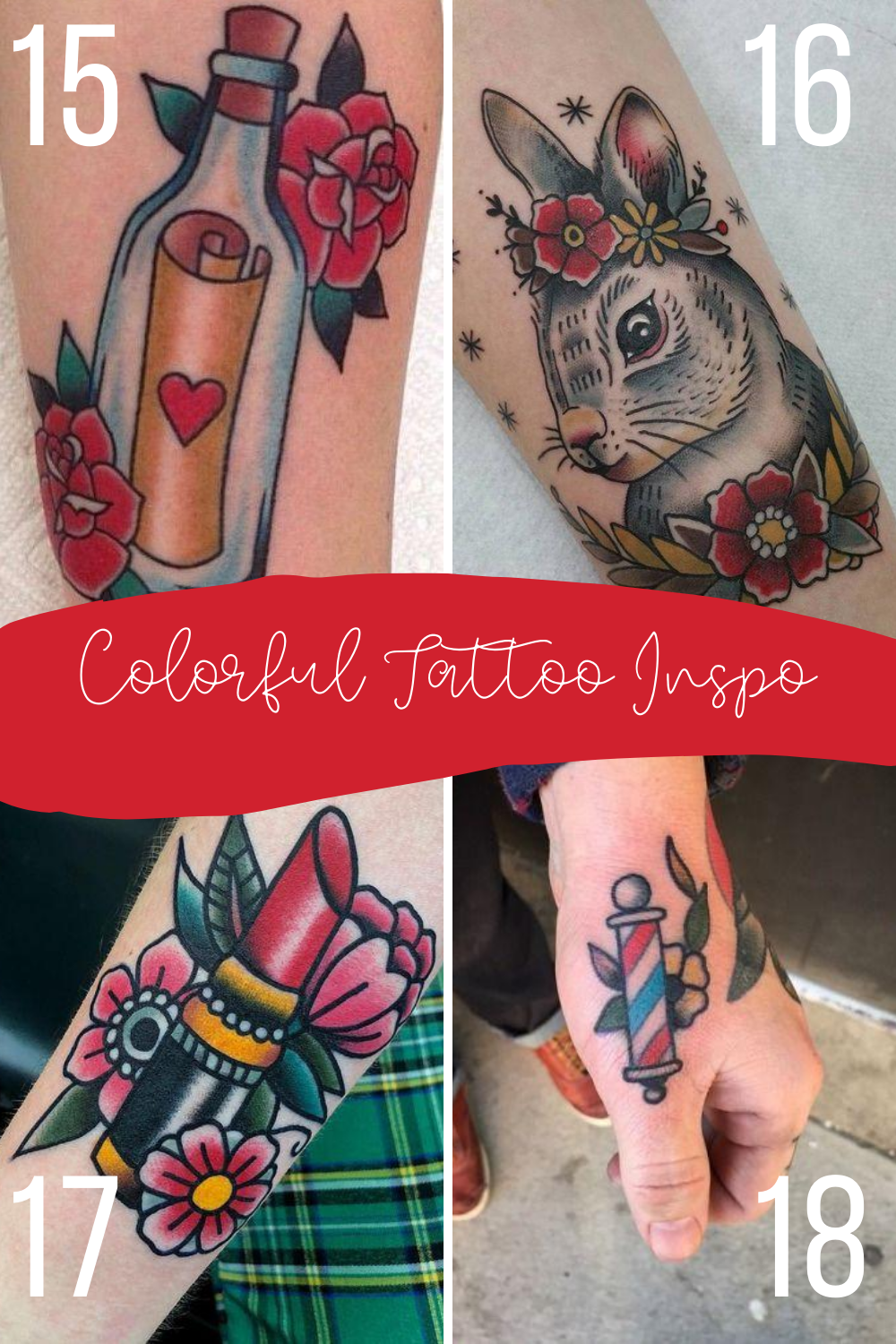 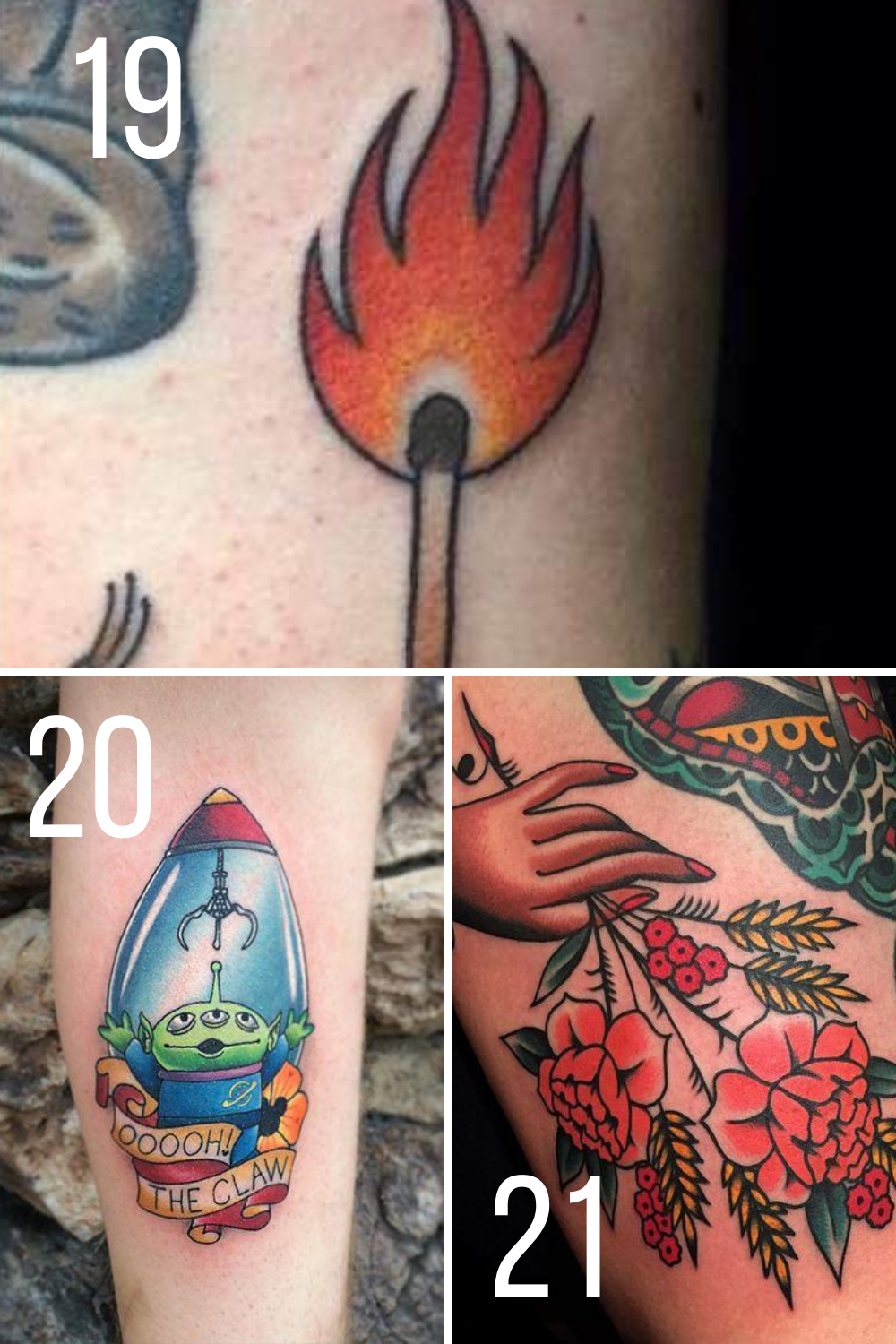