What Does a Mandala Tattoo Mean?

Tattoos come in various shapes and sizes, and with today’s technology, people can get designs on their skin that were unimaginable just years ago. However, there’s one kind of tattoo people keep returning to over the years – the Mandala. Why is this design so popular, and what does it symbolize?

‘Mandala’ means circle in Sanskrit and represents the cosmos and its inherent connectivity. Mandalas are symmetrical figures consisting of overlapping shapes, lines, and textures set in a circular pattern, radiating from the circle’s center.

This article will take a closer look at this popular tattoo design and how it came about. 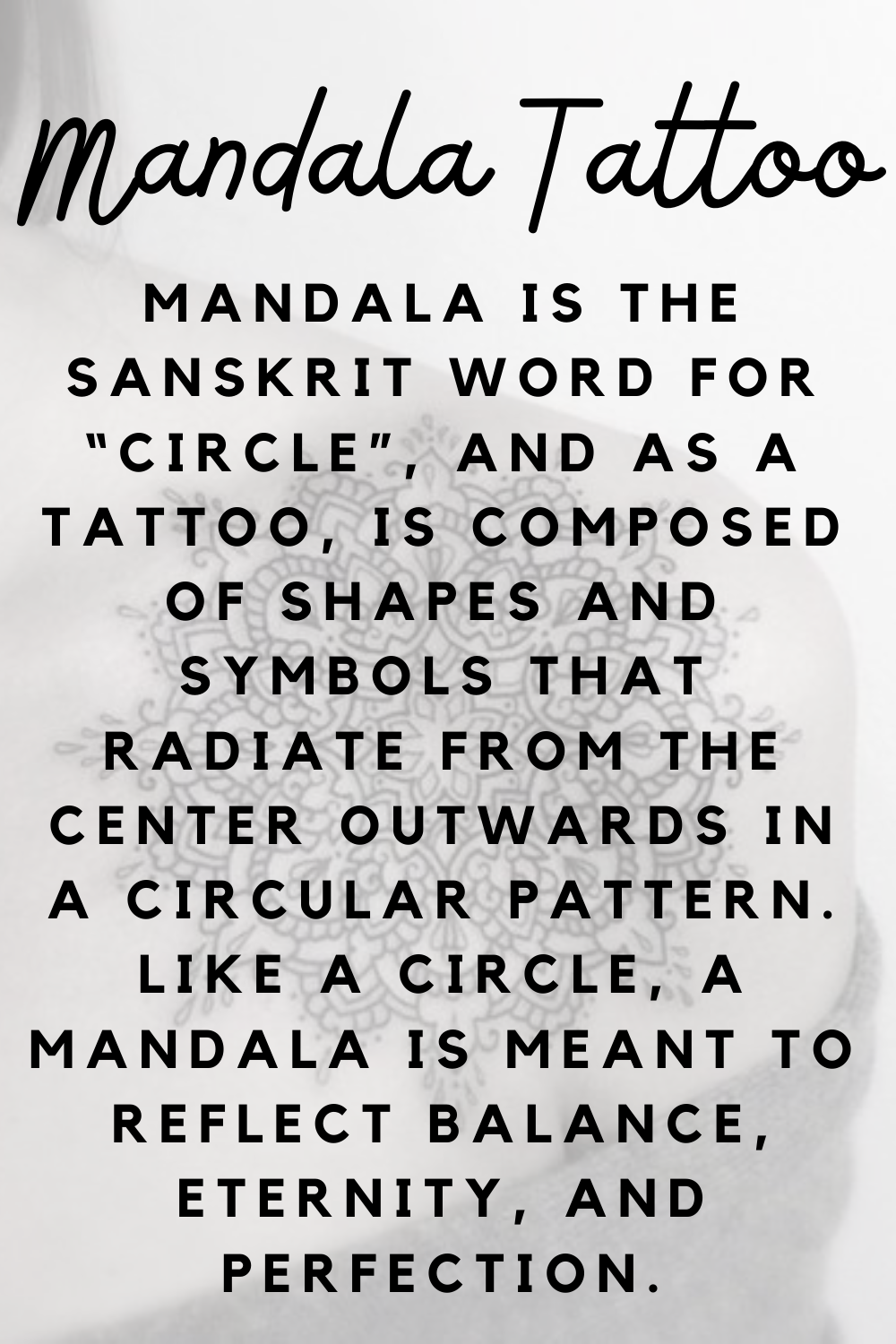 Why People Get Mandalas on Their Skin

The mandala is an ancient symbol representing symmetry, balance, and eternity. And aside from what it means, the structure of a mandala is inherently complex and beautiful. The collection of lines and shapes into a circular pattern creates a unique aesthetic, and no two mandalas are the same.

Most people get mandala tattoos for various reasons. As mentioned, this symbol represents balance, and a mandala etched on your skin can help to remind you of life’s inherent interconnectedness. People may also choose to get a mandala simply because it’s worth having something artsy on your skin.

Mandalas were first introduced to the world with the advent of Buddhism.

It’s believed that Gautama Buddha (the founder of Buddhism) left his home (present-day Nepal) and traveled across India to spread his philosophy.

Many of the Buddha’s followers were painters, bringing the idea of mandalas with them as they traveled the Silk Road and spread Buddhism to different regions across Asia. These monks would paint intricate mandalas in every part of the world they visited, and the symbol soon became synonymous with spirituality, spreading to other religions, including Hinduism.

It’s believed that the mandala represents one’s spiritual journey, starting from the outer, material world and moving towards the inner core of our being. This movement towards the center teaches us the cosmos’s inherent nature and allows us to transform suffering into happiness and joy. 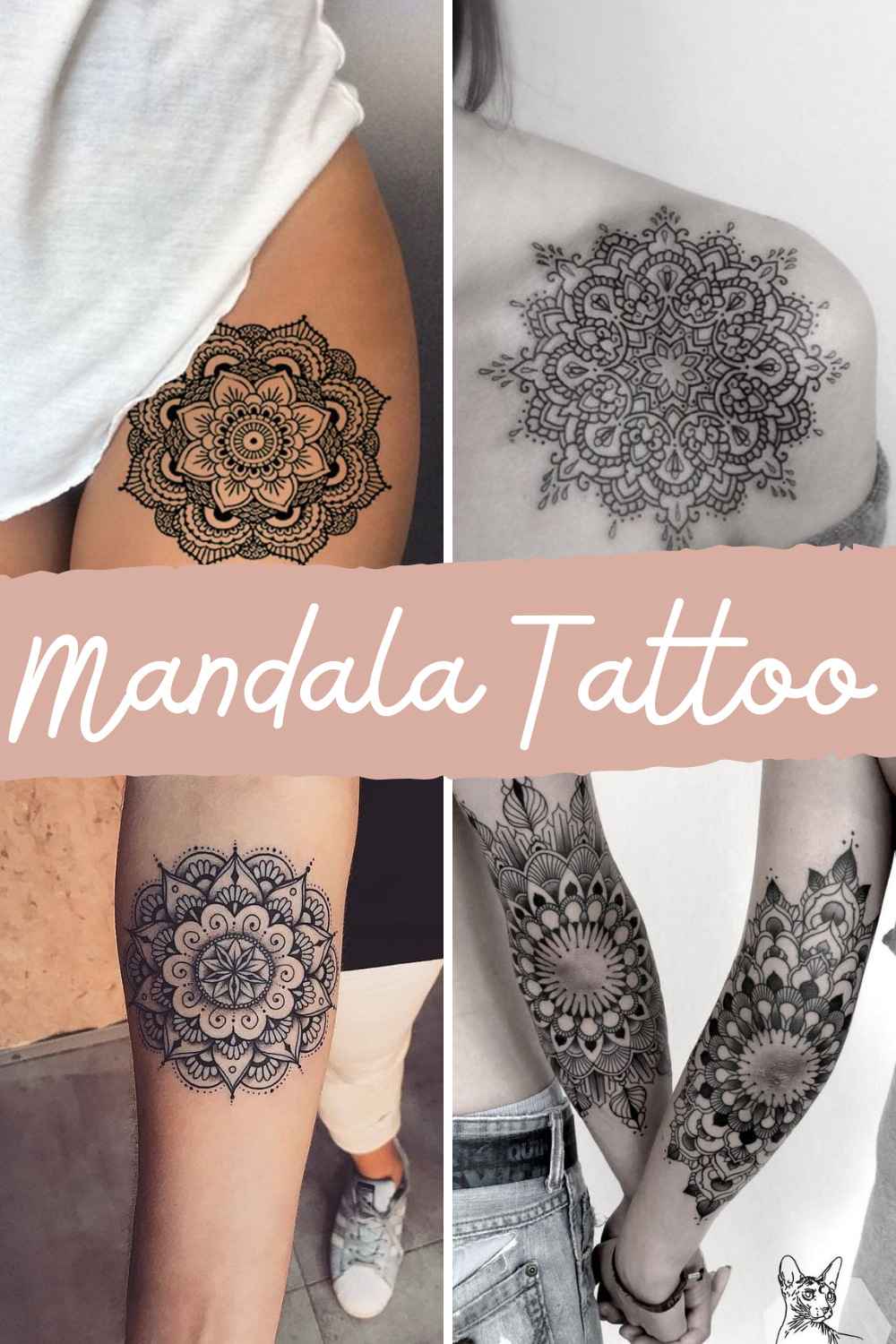 Once you have an idea of the basic structure of a mandala, you might start noticing these symbols all around you. Each culture and religion use this basic design in different ways.

While this design is popular as a tattoo today, the symbol is used across cultures and religions to symbolize beauty and symmetry.

While mandala tattoos come in various shapes and forms, historically speaking, there are three types of mandalas.

People tend to mix up mandalas with zentangle art as both types of art use intricate, textured designs. However, there are significant differences between the two.

Overall, zentangle art became popular in the early 2000s, while mandala art has been around for thousands of years.

To summarize, mandala designs are very popular as tattoos today. They represent a spiritual journey and can have different meanings among people. Traditionally, mandalas were for teaching and spiritual healing.