If you know anything about YK2’s fashion and trends, you’re probably aware of the infamous lower back tattoos – aka the Tramp Stamps. From Britney Spears’ fairy to Jessica Alba’s floral motif, and even the scriptures on Christina Aguilera’s lower back, lower back tattoos were all the rage during that period. In fact, the trend became so popular that even Barbie was given a tramp stamp in 2009.

But then how did it fade out of existence? You might think that – just like any other fashion trend – people just got bored and moved on. However, that’s not the case. The story behind the fall of these lower back tattoos is slightly more complicated. 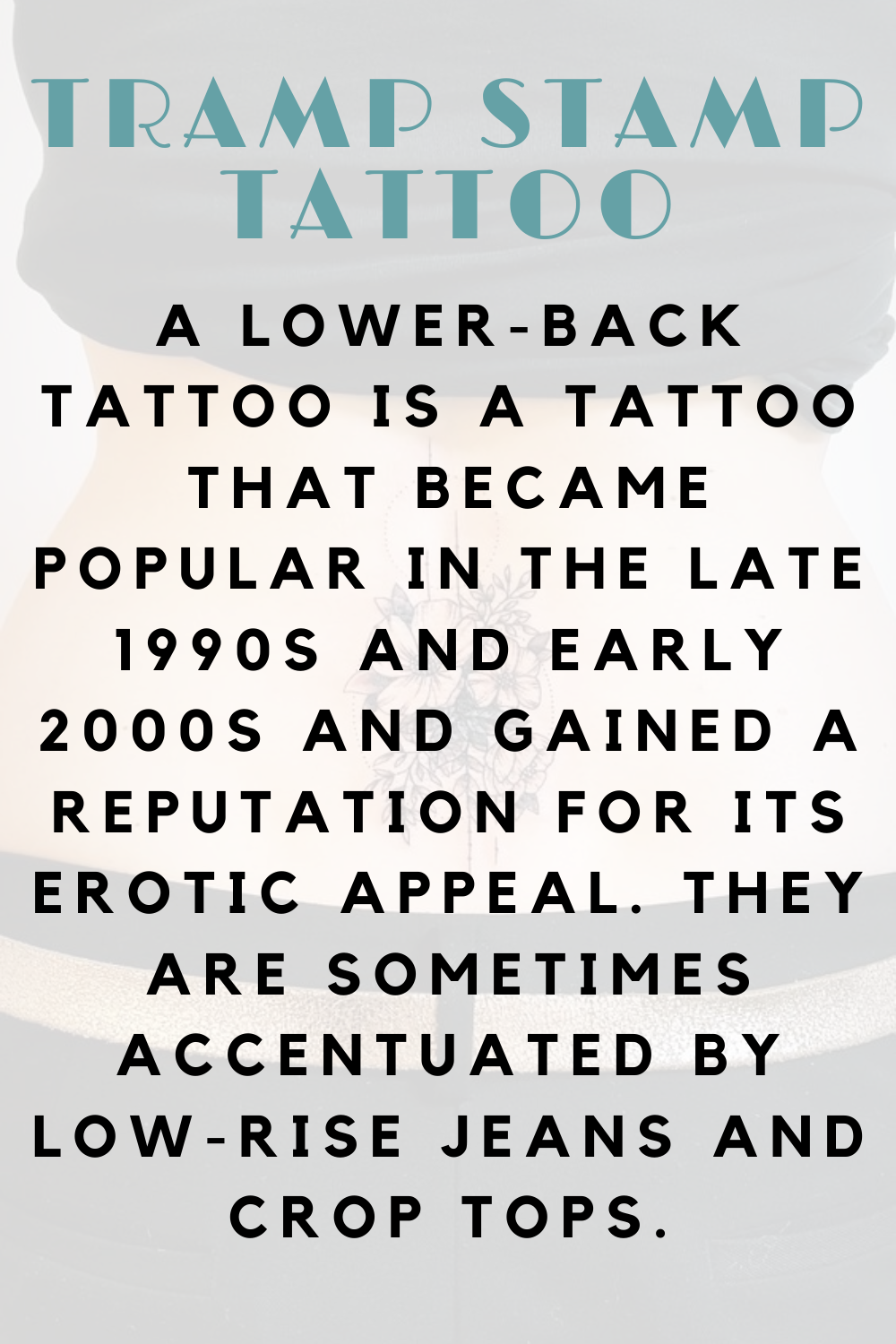 What Exactly Are Tramps Stamps?

Back in the late 1990s and early 2000s, a lot of women were getting lower back tattoos. Besides looking chic and aesthetic, there was a very practical reason a lot of women chose to get such tattoos. Over time, as the skin changes and sags due to age and fluctuations in weight, most tattoos start changing shape as well. However, the skin around the lower back area sees the least changes, which automatically extends the lifetime of the tattoo. They can also easily be hidden when the need arises, such as when going for a job interview.

The butterfly tattoo was the most popular choice, but there wasn’t a limit to what design one could choose. However, with the passage of time, things started to change and these lower back tattoos lost their popularity.

So much so that Nicole Riohie went through a procedure in 2013 to get her lower back tattoo removed. She explained her decision saying, “It just means a certain thing, and I don’t want to be part of that group.” 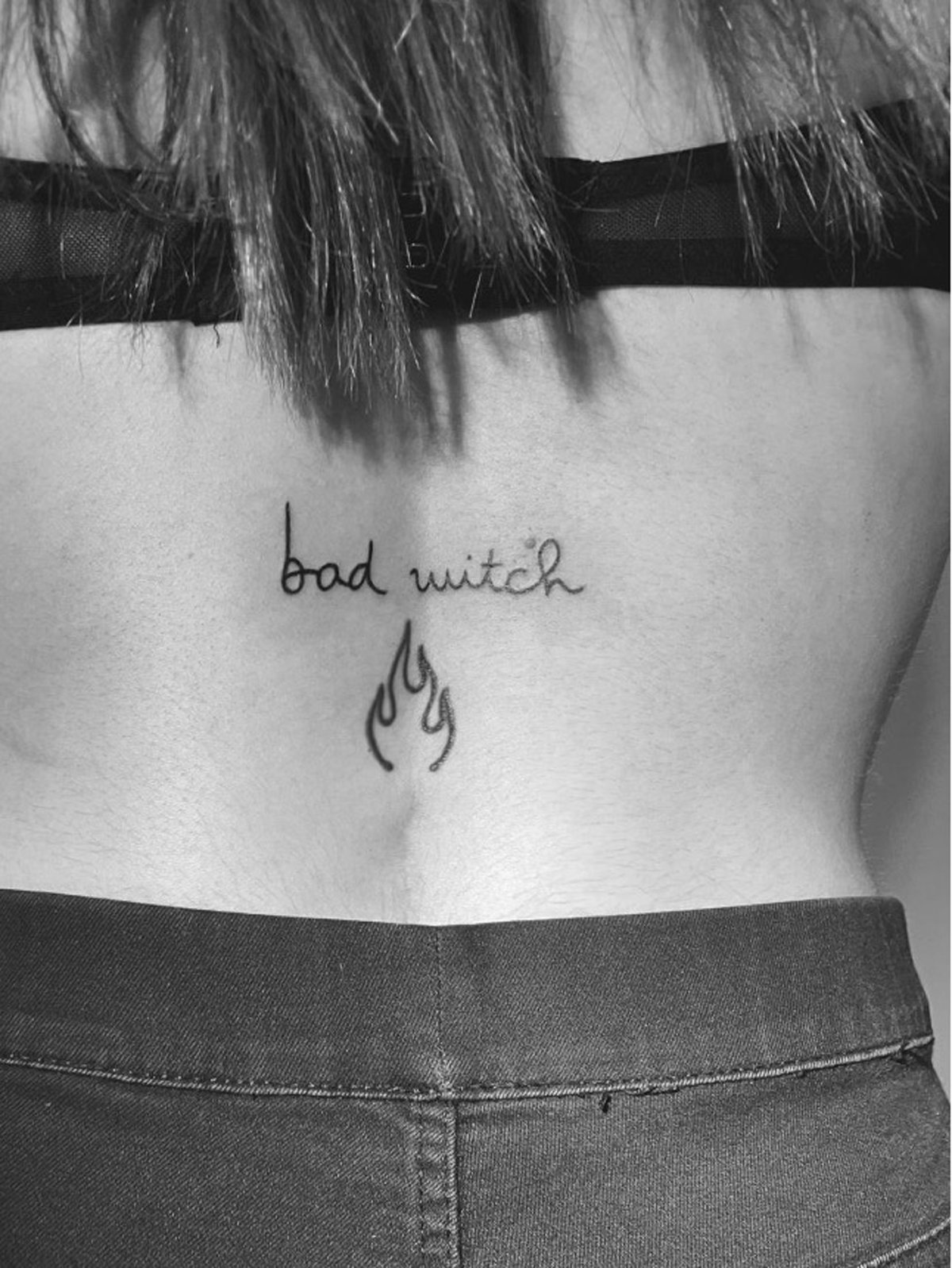 The Fall of the Tramp Stamp

On the surface, lower back tattoos don’t seem any different from any other tattoo on the body, especially in today’s day and age. You may wonder, why would anyone even care if someone had a lower back tattoo? Unfortunately, that wasn’t the case with the highly controversial tramp stamp.

Instead of fizzling out like most other trends, the tramp stamp became a victim of tabloid fodder and rampant misogyny. The word “tramp stamp” in itself shows why there was a negative connotation around it.

The exact origin of the phrase isn’t known. However, it gained traction after a skit on Saturday Night Live in 2004. Soon enough, the phrase was being used left, right, and center: including the time when Ted Mosby, the lead (male) protagonist in the popular sitcom How I Met Your Mother got a tramp stamp in an episode that aired in 2007.

However, soon after this momentarily high, the tramp stamp saw a downward spiral.

It didn’t take long before young girls were being shamed for getting lower back tattoos. An Experimental Field Study published in 2013 showed that a lot of men believed women with lower back tattoos were more likely to sleep with them.

As a result of this negative stigma, the popularity of lower back tattoos saw a significant decline. 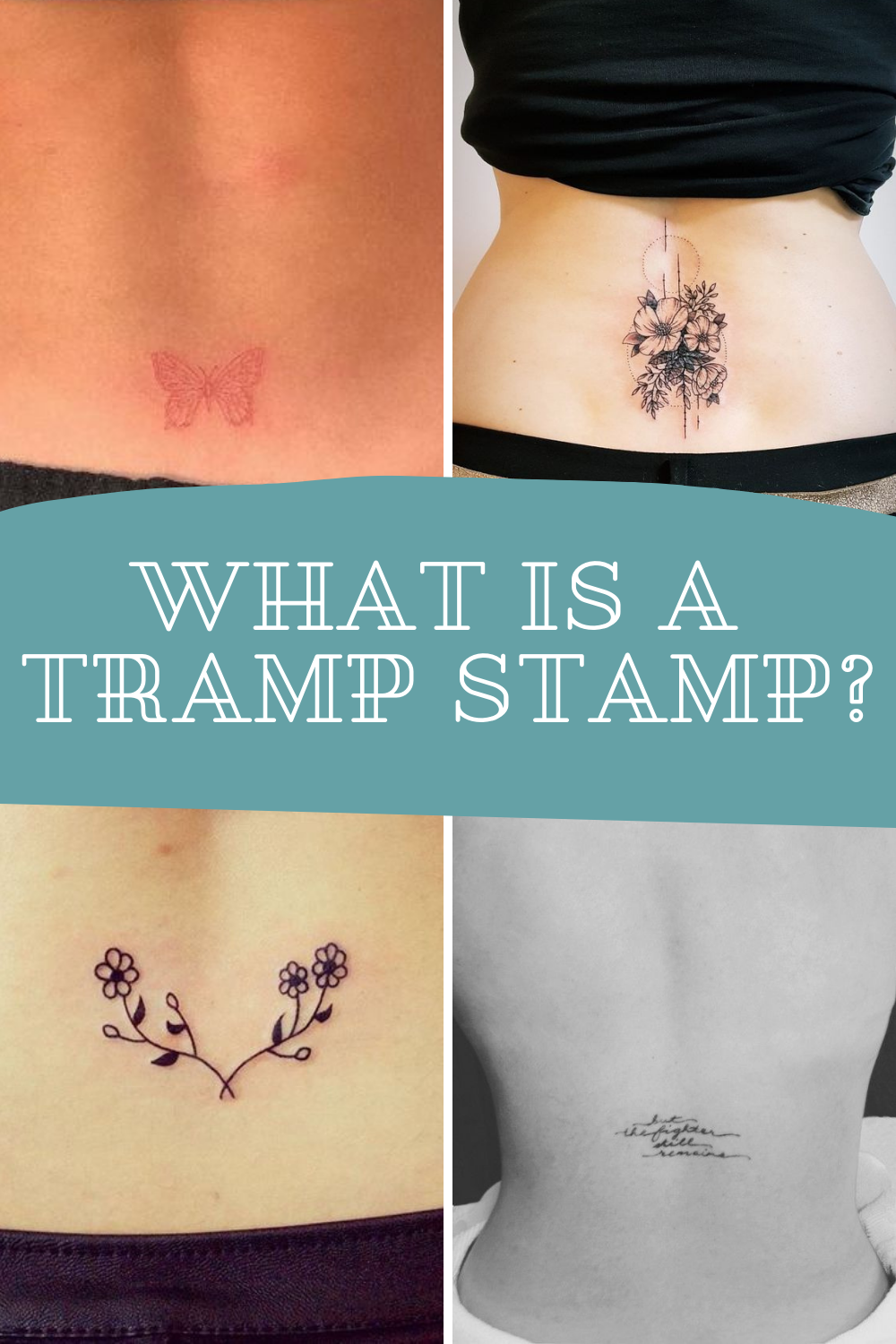 Resurgence of Lower Back Tattoos

With the 90s fashion making a huge comeback, it was only a matter of time before these aesthetic and chic lower back tattoos also came back in style. So it wasn’t a surprised when Miley Cyrus posted a picture where you can clearly see that she has a new tattoo in this controversial spot.

This time around, however, it can be safe to assume that tramp stamps won’t fall victim to the same treatment as they did in the late 2000s. Nowadays, tattoos are a lot more acceptable. In addition to that, there is comparatively more acceptance toward women being comfortable in their skin. As a result, it’s hard to see something like a lower back tattoo receiving the kind of flak that it did back then.

That’s not to say that the phrase “Tramp Stamp” would go out of existence any time soon. However, there is a high chance that women who choose to get these particular tattoos wouldn’t feel shame or embarrassment for sporting.

Pretty Tattoo Ideas for Your Lower Back

Tattoos are a fun and creative way to express oneself. And as discussed earlier, lower back tattoos have a longer lifespan as compared to tattoos on other parts of your body. So if you’ve been thinking about getting a tattoo but aren’t sure where to get one, a tramp stamp may be a good idea to consider.