Home » Dictionary » All You Need to Know About the American Style Tattoo
Dictionary, Tattoos for Men, Tattoos For Women

Have you been considering getting an American style tattoo? Read all you need to know about it before you make a decision!

Here’s what you need to know about American style tattoos!

What is an American Style Tattoo?

An American style tattoo is distinguished because of its clean outer lines and the vivid colors incorporated into it. The American style tattoo started to get popular in the 1930s as a reflection of people rejecting the great American dream. This style of tattooing still represents the same breaking of chains from mainstream society as it did in the beginning.

The American style tattoo is also known as the traditional style because of its history and primarily includes illustrations of women, roses, skulls, daggers, ships, and even wolves. The colors are usually kept dark, and the hues that are traditionally used for inking this kind of tattoo are blue, green, and red.

Furthermore, American style tattoos do not have too much detail, but they are distinct because of the realism and how intense they are. In fact, there are specific guidelines that must be followed for this tattoo style.

What is the History Behind American Style Tattoos?

American style tattoos became popular in America because of Norman Collins, aka Sailor Jerry, In the 1930s during World War 2. The tats on Japanese soldiers inspired this tattoo style, and Sailor Jerry made the art what it is known as today.

The American style tattoo has inspired many tattoo artists to branch out and develop more versions of these traditional tattoos. However, those artists who strongly follow the stylings of Jerry Sailor believe in sticking to the old rules for creating an authentic American style tattoo. 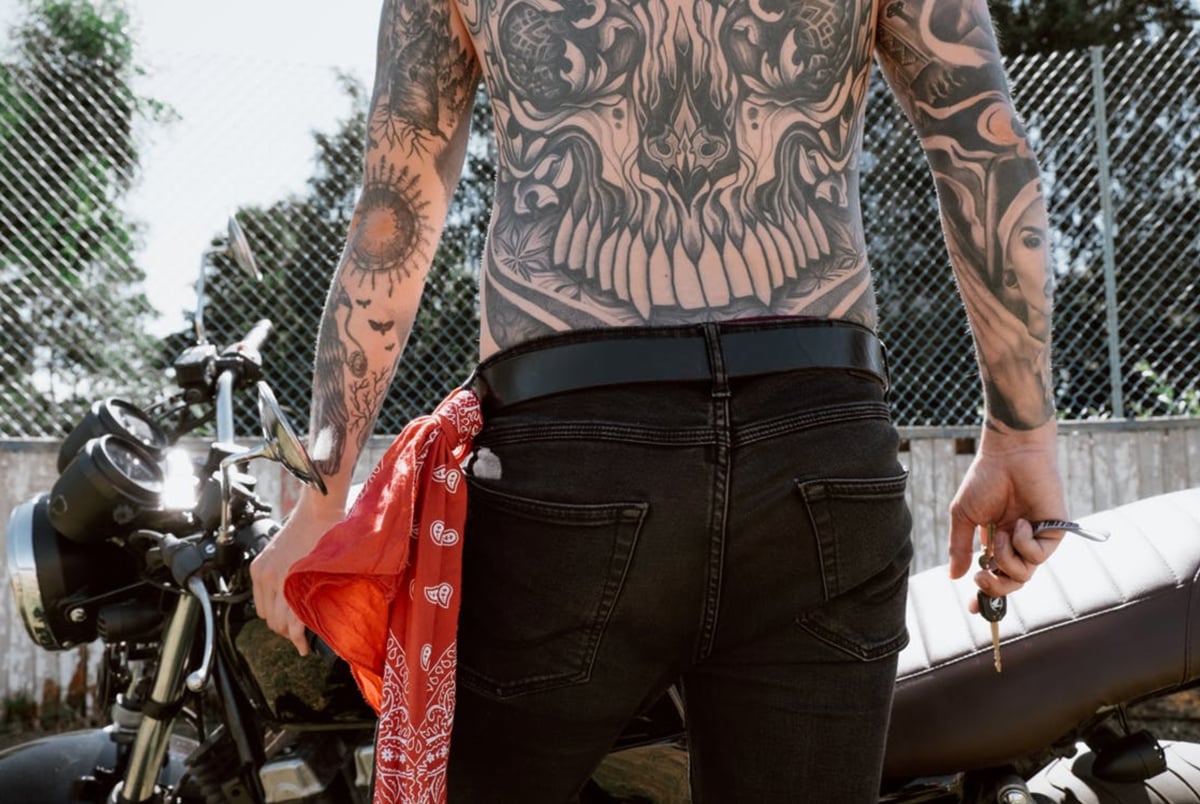 What are the Rules of American Style Tattoos?

There are certain rules that must be followed if you have to get a traditional tattoo. These details are essential if you want to get an authentic design of an American style tattoo. In order to achieve accuracy, tattoo artists replicate the work of pioneers of this style from sheets of their designs that were produced for mass replication. Following are the rules for an authentic American style tattoo:

Some tattoo artists well-versed in the American style of tattoos can easily recognize work that is not authentic.

What Kind of Needle is Required for an American Style Tattoo?

American Style Tattoo usually requires big-sized needles since not much detailing is required. Typically, the outlines are dark and thick, which traditionally requires a round liner.

Smaller needles are used for details which is why there is not much use for them in American Style Tattoos.

What is a Neo-Traditional Tattoo?

This results in a gorgeous design with traditional elements and a mix of modern elements. There is more detail, and the combination of different styling gives it a unique look.

If you are looking for something traditional with a touch of modern art in tattoos, this would be a good choice.

Some More Tattoo Designs That May Interest You

Trendy+Small Tattoos for Women: Have you been drooling over popular tattoos and contemplating getting one (or maybe two)? Small tattoos are cute, petite, and playful so if you want a tattoo just for yourself, check out these designs that will surely have you running to your nearest tattoo parlor to get inked.

Pinky Promise Tattoos: Do you find yourself using the phrase “pinky promise” often? Have you made some big pinky promises with your bestie? How about you make it permanent and get an adorable pink promise tattoo? Better yet, get a twinning pinky promise tattoo to show the world you will be besties forever. Check out these beautiful small tattoos and pick one for you and your friend.

Spine Tattoo Ideas: Spine tattoos are elegant and intricate. Embrace your femininity by getting your spine inked. You can select something delicate and minimal or go for something exaggerated and divine. The choice is yours. Browse through these stunning designs and pick the one that is right for you.

To conclude, American style tattoos are an excellent choice for men and women alike. Especially the ones who love the authentic designs by Jerry Sailor and are in awe of his brilliant tattoo work.
Once you have decided which theme and motif you want, remember to go to a tattoo artist who is experienced with American style tattoos and can create beautiful tattoos without losing their originality.

Get in touch with Tattoo Glee today for any concerns or questions about the art of tattooing.