Inside: The neo-traditional tattoo definition & ideas.

There are many tattoo styles one can indulge in, including Classic American, Portraiture, Stick and Poke, Black and Gray, Japanese style, and New School Tattoo. Another popular classic style is Neo-Traditional.

If you enjoy detailed portraits of people, animals, and objects, the Neo-Traditional style might be ideal for you. In fact, one of the most elaborate tattooing aesthetics is found in the Neo Traditional tattoo category. This particular style combines American Traditional techniques with a more contemporary approach.

Let’s examine the origin, styles, and artists of the Neo-Traditional tattoo genre. 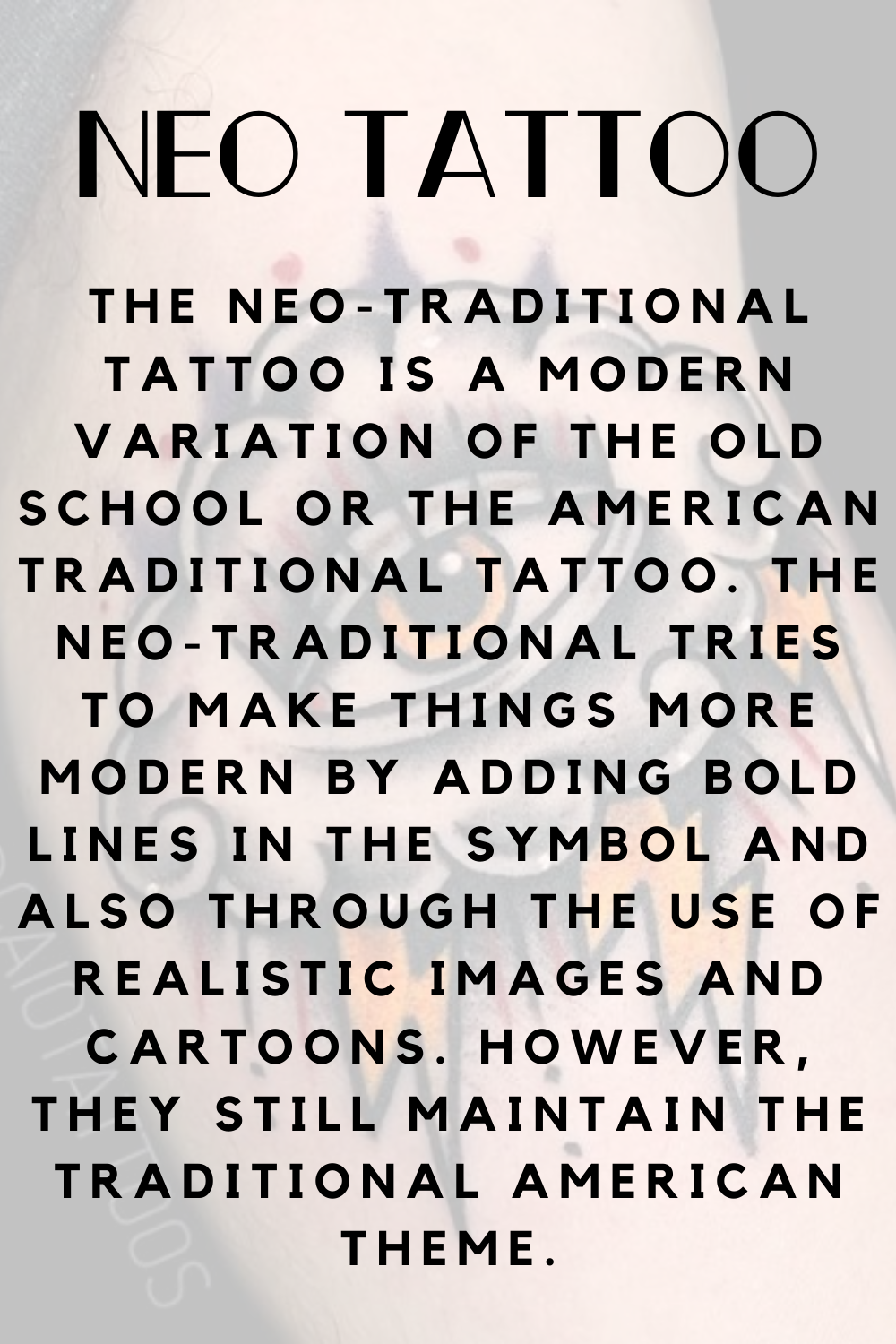 History and Origins of the Neo-Traditional Design

Neo-Traditional tattoos came about when West Coast artists improved the thick lines of monochrome inking with specially picked colors and intricate designs. Neo-traditional artists, however, looked toward ancient American traditions for motivation, contrasting with the New School tattoo style. The New School genre looked toward modern pop cultures such as graffiti and cartoons.

Particularly noteworthy among the American traditions for the Neo-Traditional approach were the Art Deco and the American Indian movements of the 1920s. Neo-Traditional adheres to a number of the technical guidelines of conventional tattooing. Despite possible variations in line color and width, black borders are still the norm in this tattoo style.

Art Nouveau might be the initial major artistic movement that comes to mind when considering the Neo-Traditional aesthetic. The discovery of the complex and stylized artistic styles in Europe in the middle of the 1800s gave rise to this movement.

Art Nouveau became prominent in fashion and other consumer items as the industrial revolution officially began. Artists like Monet, Van Gogh, and Degas advocated a return to nature and welcomed the Japanese influence as revolutionary. Thus, the effect of traditional Japanese artwork is visible in Neo-Traditional tattoos. This is attributed to the surge of Japonisme and a return to nature which was acquired by this style from the Art Deco movement.

Alphonse Mucha was among the most well-known artists then, and his numerous Art Nouveau posters influenced numerous neo-traditional tattoos. When it concerns the creation of tattoo art that connects with history, neo-traditional tattoos are not merely a trend but a specific style and philosophy. Neo-Traditionalism has a long history that combines art with conventional American tattooing, which makes it one of the most aesthetically pleasing artistic movements. 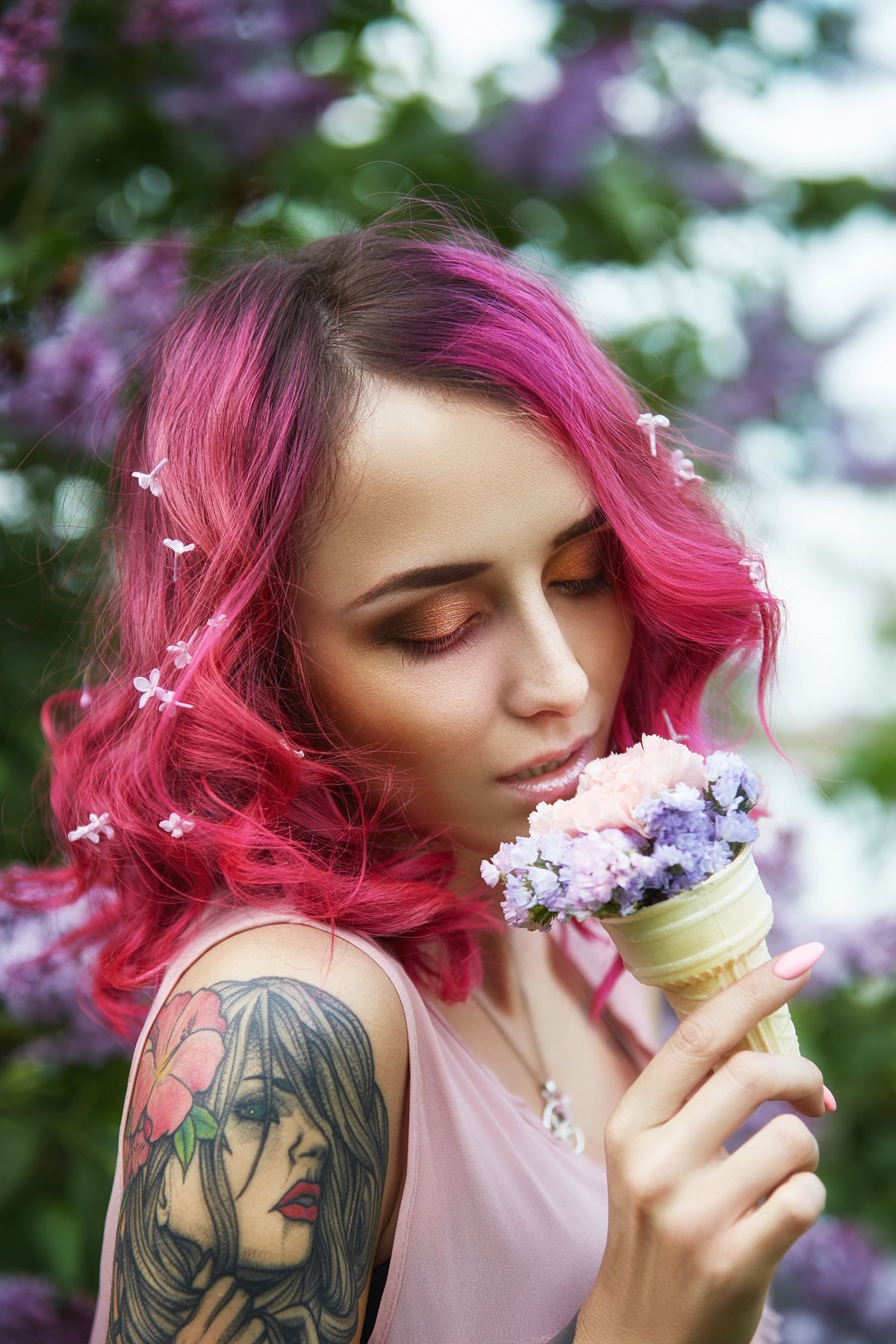 Neo-traditionalism has gained popularity among both tattoo enthusiasts and tattoo artists because it can be made with strong cuts, modern techniques, and a more fabulous selection of styles. Because neo-traditional designs still have strong black lines and traditional color schemes, you can see how older American tattoos have influenced them. With neo-traditionalism, you can add style to your animal tattoo by making every main line on the animal’s head thicker than in conventional designs.

The incredible detail that goes into this tattoo style makes it stand out. Neo-traditional artwork always has a vibrant, playful quality that makes it difficult to take your eyes away from it.

Additionally, neo-traditional artists focus on creating lifelike heads and torsos with almost photographic precision. They commonly use pictures of nature as well. The heads of wolves, vultures, and foxes are a few typical examples.

Neo-traditional tattoos frequently feature smooth and continuous transitions between colors, from dark to bright. This gives the tattoo a feeling of depth and mobility that was missing from tattoos in the past. Because the equipment and techniques were not too developed, the color palette for old-school tattoos was kept intentionally minimal. However, Neo-Traditional tattoo artists have substantially enlarged their color range, making this style popular and beautiful in all aspects. 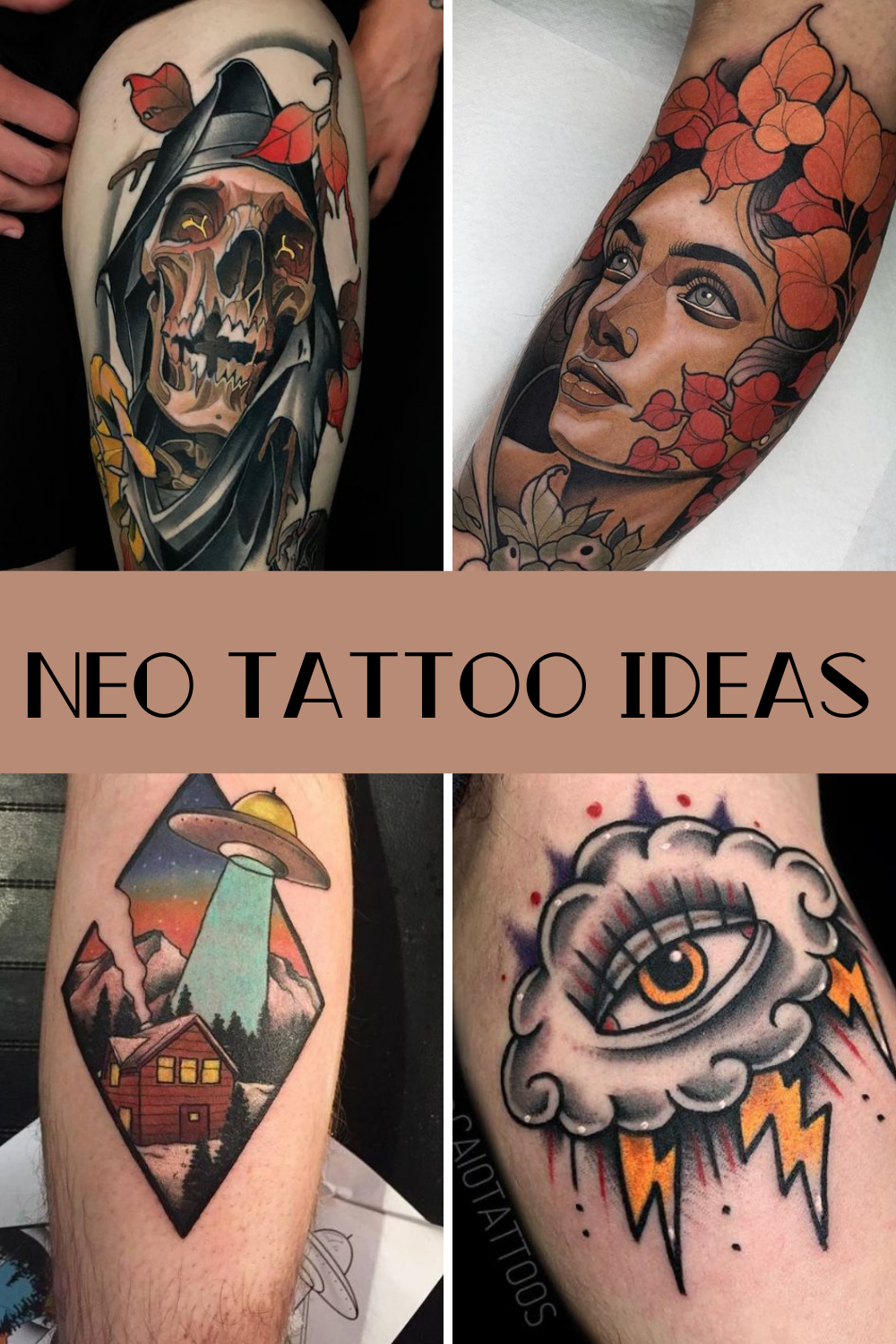 Artists Associated With the Neo-Traditional Approach

While many contemporary tattoo artists have attempted to perfect Neo-Traditional tattooing, the most famous ones include Miss Juliet, Antony Flemming, Jen Tonic, Vale Lovette, Hannah Flowers, and Heath Clifford. Additionally, there are the works of Mitchell Allenden, Sadee Glover, Chris Green, Deborah Cherrys, and Grant Lubbock. Even though they all practice Neo-Traditional tattooing, every one of these artists gives the genre its distinctive flair.

Hannah Flowers is renowned for creating exquisite drawings of goddesses. Moreover, Vale Lovette is renowned for her huge black work compositions that Art Nouveau heavily influenced. She is also a designer of women and wildlife creatures. Her compositions are typically found as architectural embellishments and filigree.

Neo-Traditional style is developing in the industry to provide uniqueness to tattoos. It is a form of art where people express themselves by using their bodies as a canvas.

Getting a Neo-Traditional tattoo can be a highly satisfying choice for many tattoo enthusiasts.