Tattooing is an art form that exists in every part of the world. With traditions dating back hundreds of years when ancient tools and ink were used to mark different parts of the body, things have now evolved considerably. One country that is famous for its distinct tattoo art style is Japan.

With unique colors, patterns and shapes incorporated into the tattoos, they are favorites for many reasons.

Horimono and Irezumi are two terms that are often used to describe Japanese tattoos especially in the west. The art form has become symbolic due to many reasons but for the layman, these words remain unfamiliar. Still, knowing about the art, its origins, the meaning behind various symbols and how the process works is intriguing.

Today, I’m laying out all the details pertaining of Horimono and Irezumi tattoo art to answer your questions about the style. 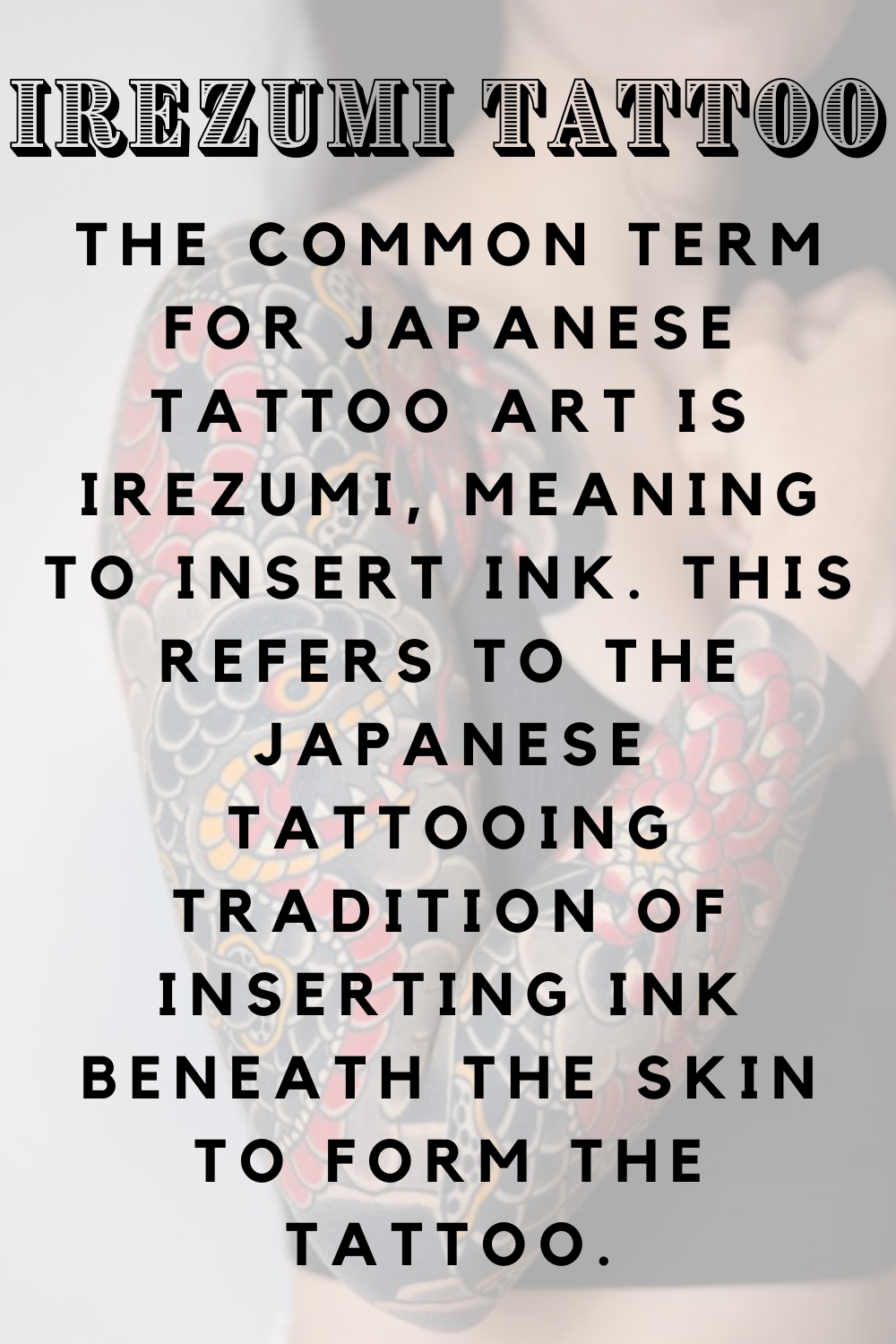 What Is Horimono and Irezumi Tattoo Art?

Irezumi is a common name for Japanese tattooing in the western part of the globe. Even though this word, which means to inset ink, is Japanese, it is widely believed that the term isn’t the appropriate name for what is known today as old-style Japanese tattoos. Horimono, or image carving, is the proper name for the aesthetic style of tattooing that is so well-known in the west.

The nation of Japan holds a long history of tattooing, with remnants of the custom dating as far back as the 3rd century BC. Though somewhat more recent, tattooing as we know it today dates back to the 17th century. The art of Irezumi contains both the style of the west for tattooing, also known as one point or wan point, which consists of a single pattern that is distinct from the skin around it, and the form of tattooing that was used to identify criminals.

Horimono views the whole body as a single cohesive canvas and is considered decorative.

The body suit’s back serves as the primary design element and determines the remainder of the subject matter.

The word Horimono’s prefix: Hori, which means to carve, alludes to the detail that many of the woodblock painters of Edo (earlier Tokyo) also doubled as tattoo artists. There is a close connection between Horimono and wood-block art (ukiyo-e). Both were viewed as lesser art forms, associated with Edo’s pleasure districts, and opposed to the likes of the upper classes, which were influenced by Confucian and Chinese philosophy.

The novel “Suikoden,” which translates to Heroes of the Water Margins in Chinese, was published in Japan as the most notable example of this. The book is a story about 108 criminals who oppose the corrupt authorities of the time and end up becoming folk heroes. They are roguish but moral individuals.

The working people of Edo, who were also under the oppressive and frequently cruel control of the upper classes, related to this story.

Over the course of more than seven decades, numerous versions of the story were drawn and published to tremendous financial success.

The majority of the champions in the extravagantly exemplified edition were shown to have whole bodies covered in tattoos, which significantly increased the curiosity of regular people in becoming inked up like their hero. Edo firemen, as well as artists, carpenters, and laborers, were among the most ardent adopters of full-body tattooing.

Although the middle classes began to show curiosity in the tattoo phenomena at the start of the 19th century, it didn’t receive the same level of attention. 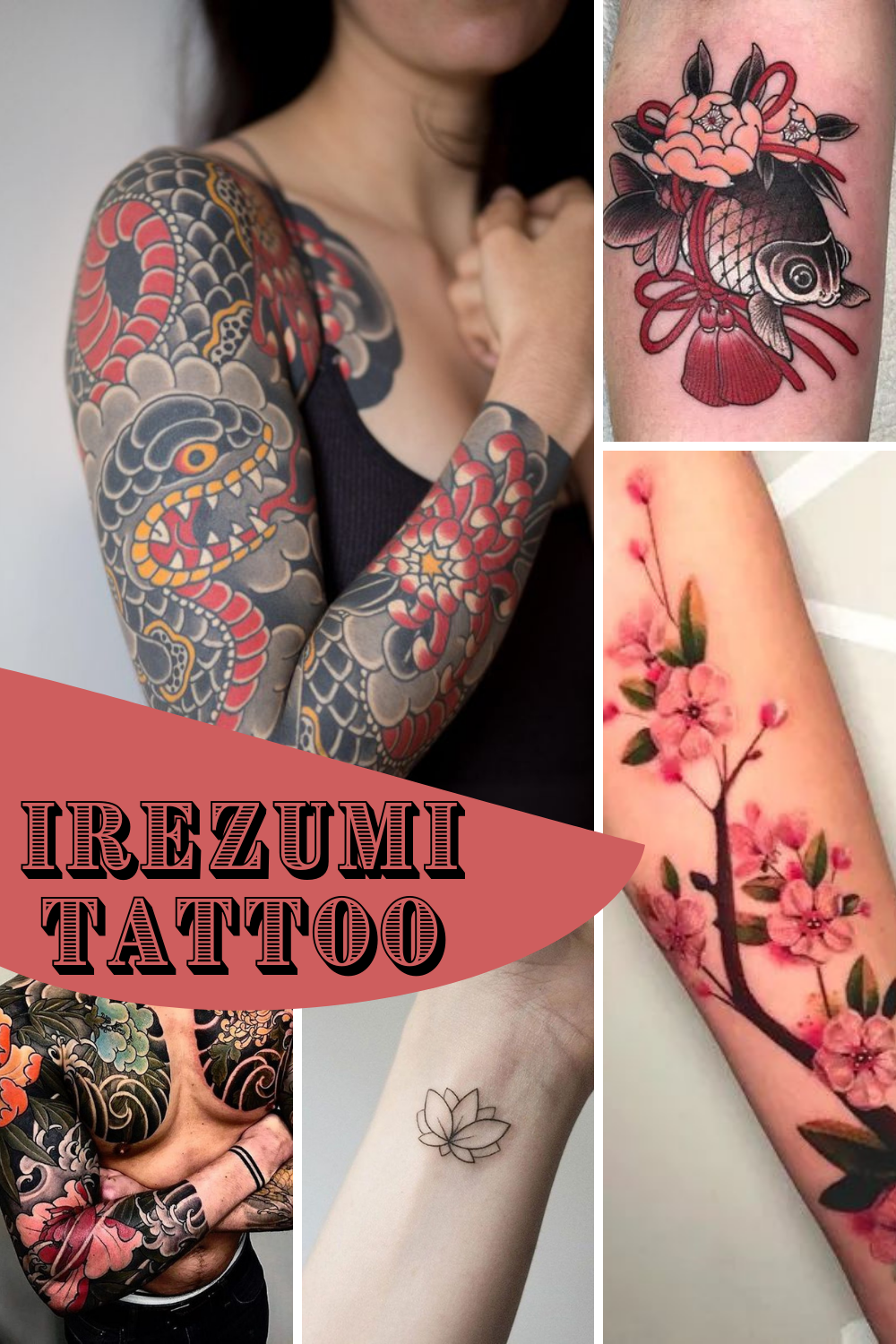 Irezumi tattoo art was applied to the skin using a group of needles strung together and put in the skin in a circular motion using a wooden or bamboo stick. Tebori is the name for this technique. Similar “sumi” sticks made from compressed charcoal and utilized in calligraphy or ink painting, as well as occasionally cadmium powder, used to make the ink.

The only colors available at first were black, gray, brown, and red, which were created by combining black with either water or cadmium. Ultimately, additional colors were introduced into the mix thanks to American tattoo artists, and machines began to take the place of Tebori, particularly during the lining procedure.

Practitioners are increasingly choosing to work exclusively by hand and with their hands in modern times.

Horimono and Irezumi are modern names for traditional techniques of Japanese tattoo art that have existed for centuries. It is beautiful, intricate but extensive with only avid tattoo lovers preferring to get it as one piece can cover the entire part of the body.