What is an Ambigram Tattoo?

Have you ever seen a word and read the same word upside down? This is one form of an ambigram. An ambigram (from Latin: ambi both + gram = letter) is a word or words that can be read in more than one direction, where the word reads the same when upside down or turn over to form an entirely new word. 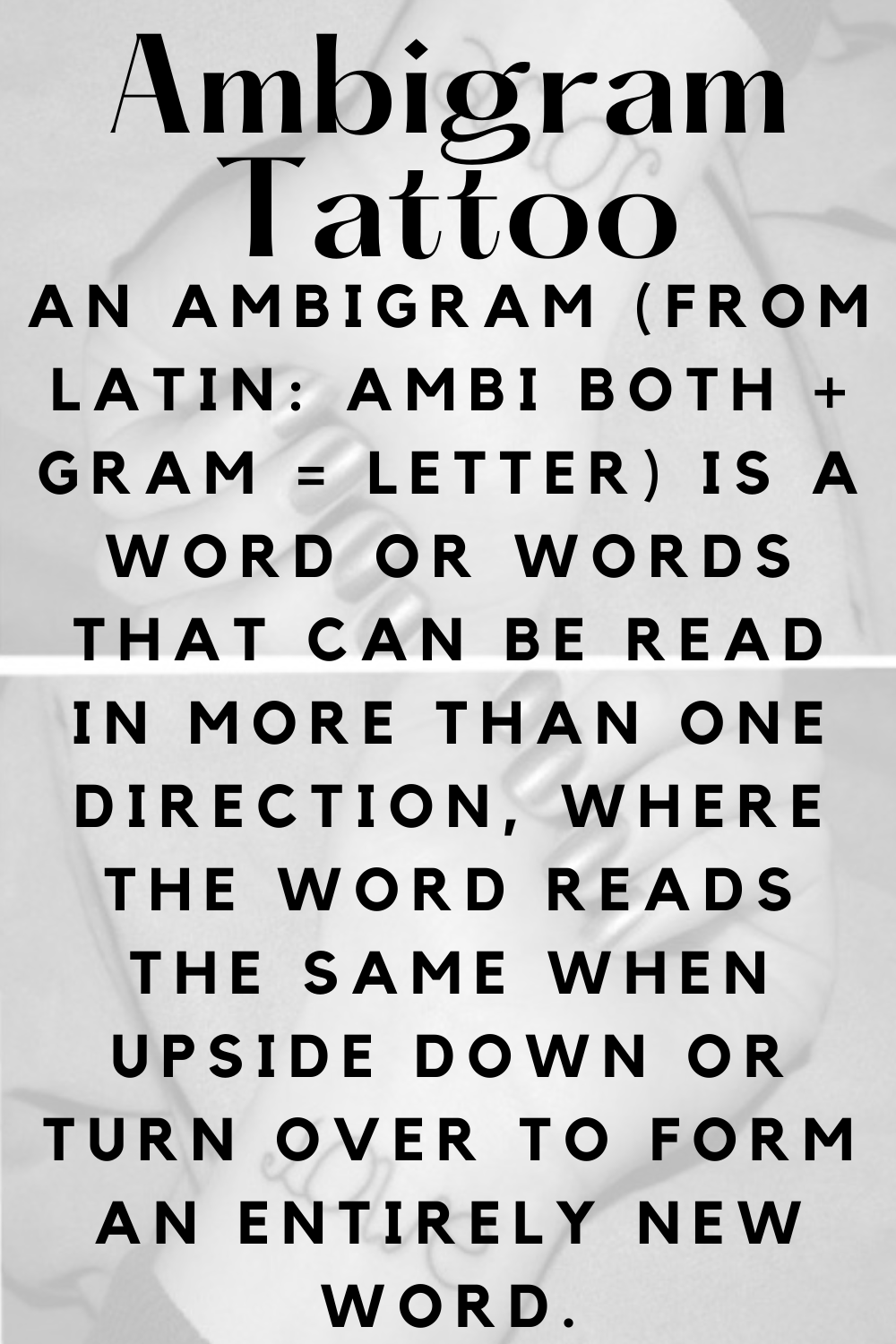 Today, ambigrams are used in graphic design, commercial logos, book covers, tattoo artworks and music albums. These typographical artworks are used by graphic designers because of their symmetry and the optical illusions it present. With patience and creativity, you can turn any word into an ambigram. Needing more inspiration? Check out these awesome quote tattoo ideas to find some!

New Man (1969) logo: The New Man logo is one of the first commercially designed ambigram logo designed by designer Raymond Loewy in year 1969, which is still in use today.

Chirp: A logo identity designed by Todd Weber for his freelance business.

Vegas Ambigram: An ambigram with the text “Vegas” designed by Greg Williams. 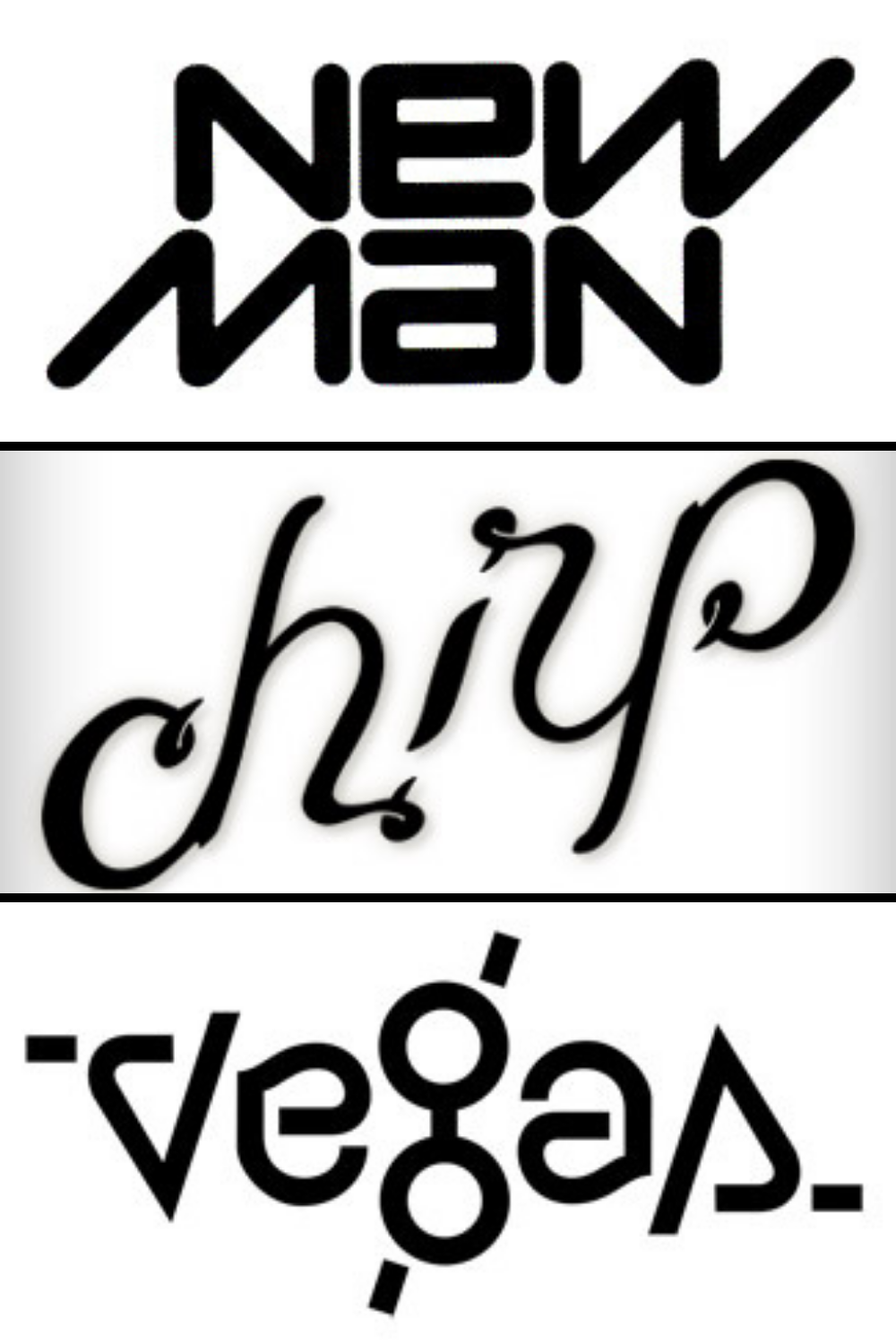 Where do you put an Ambigram Tattoo?

Placement. These tattoos are mainly placed on the forearm so that a person can flip it in one way or the other hence achieving the full effect of the Ambigram design. However, some people still place the tattoo in other locations like on the leg but its effect may not be so visible.

There are many types of ambigrams such as rotational ambigrams, reflective types, 3-dimensional, etc. but the most basic and popular ones are the flip script or rotational ambigram in which word or words when flipped both horizontal or vertical way, still spells the same word as before. 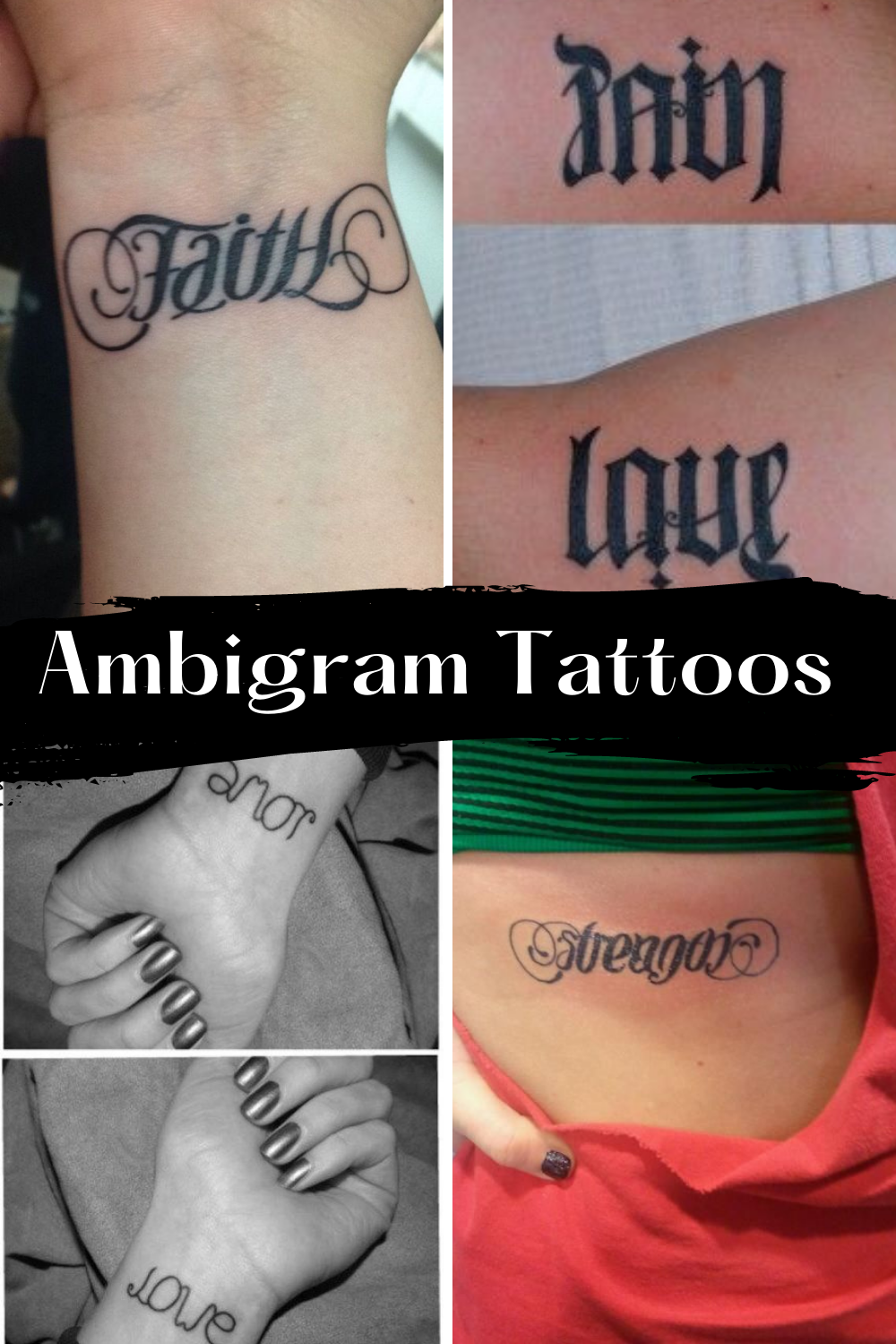