Inside: What is Tebori?

The art of tattooing is steeped in history. Take a look at tebori tattoos, for instance. The body art has been handed down through generations in Japan. While the process is slower than modern tattooing, the results are intricate body art in which you can lose yourself.

A tebori tattoo is drawn using steel needles affixed at the end of a long wooden or metal rod. The tattoo artist rests the axis on his thumb and extends the rod over the skin to tattoo it by tapping away. 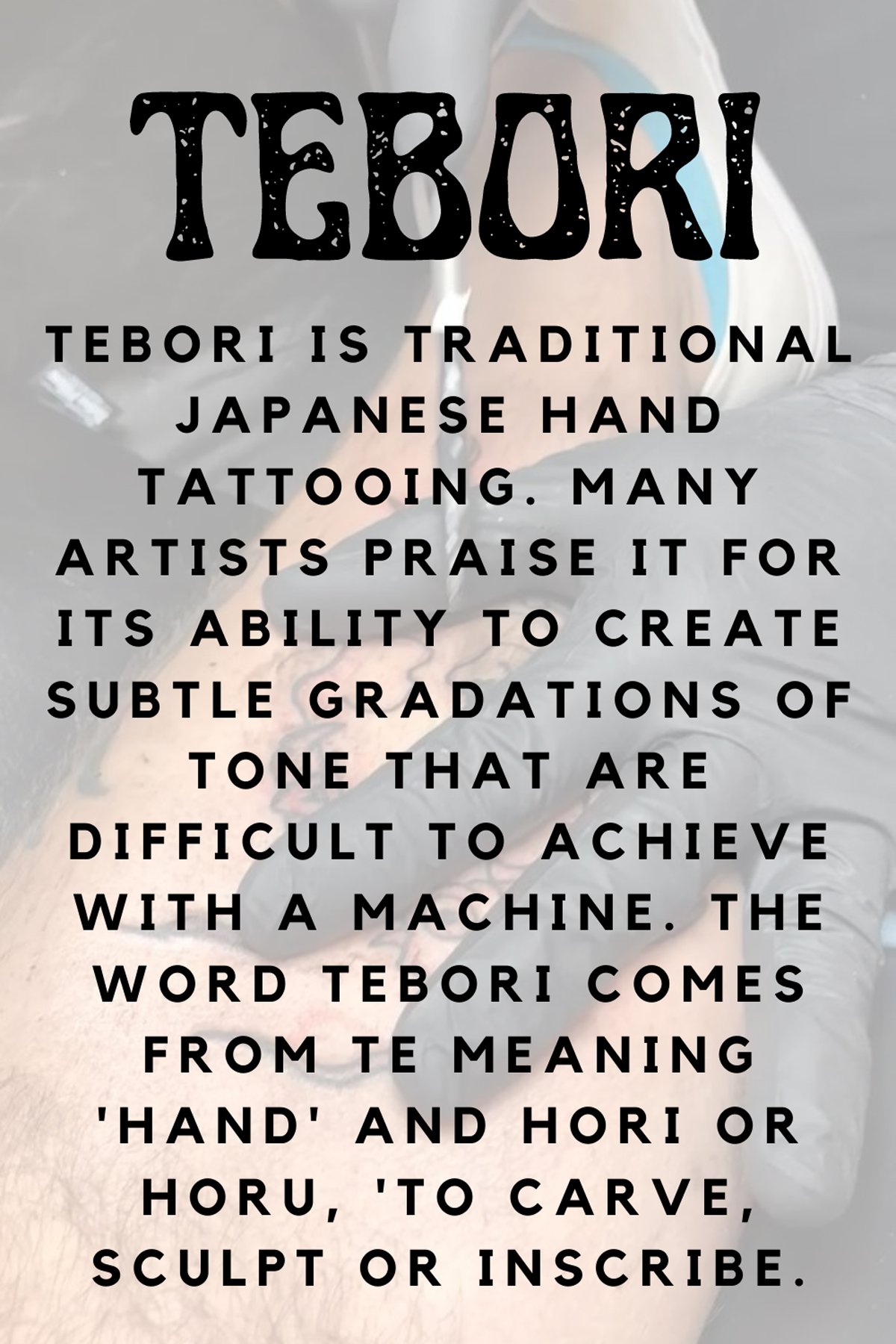 The needles are dipped in ink before the design is hand-carved into the skin. Most tebori tattooists create an outline of the design using a coil or rotary machine and fill it in later. There are several styles depending on the teacher the artist trained under.

Believe it or not, tebori tattooing is less painful than modern options. Since it is done by hand, there is less skin trauma and bleeding, leading to faster wound healing and less scabbing. The colors are also vibrant and healthier once the tattoo heals.

The History Of Tebori Tattoo Art

Japanese tattoo artists have been creating body art long by hand, long before the tattoo machine was invented. Most of them used the ancient art of tebori to create intricate designs. The method dates back to the Edo period (between 1600 and 1868).

‘Te’ means hands, and ‘bori’ means ‘carving.’ While this may sound horrifying to some, tebori was used to carve ink into the first skin layer for centuries. The trend originated from ukiyo-e, created using blocks of wood that would be dipped in ink and used as stamps.

You can still find tattoo artists who practice this ancient tattooing art and, in a way, are preserving Japanese culture. They also take on apprentices to pass on the practice. 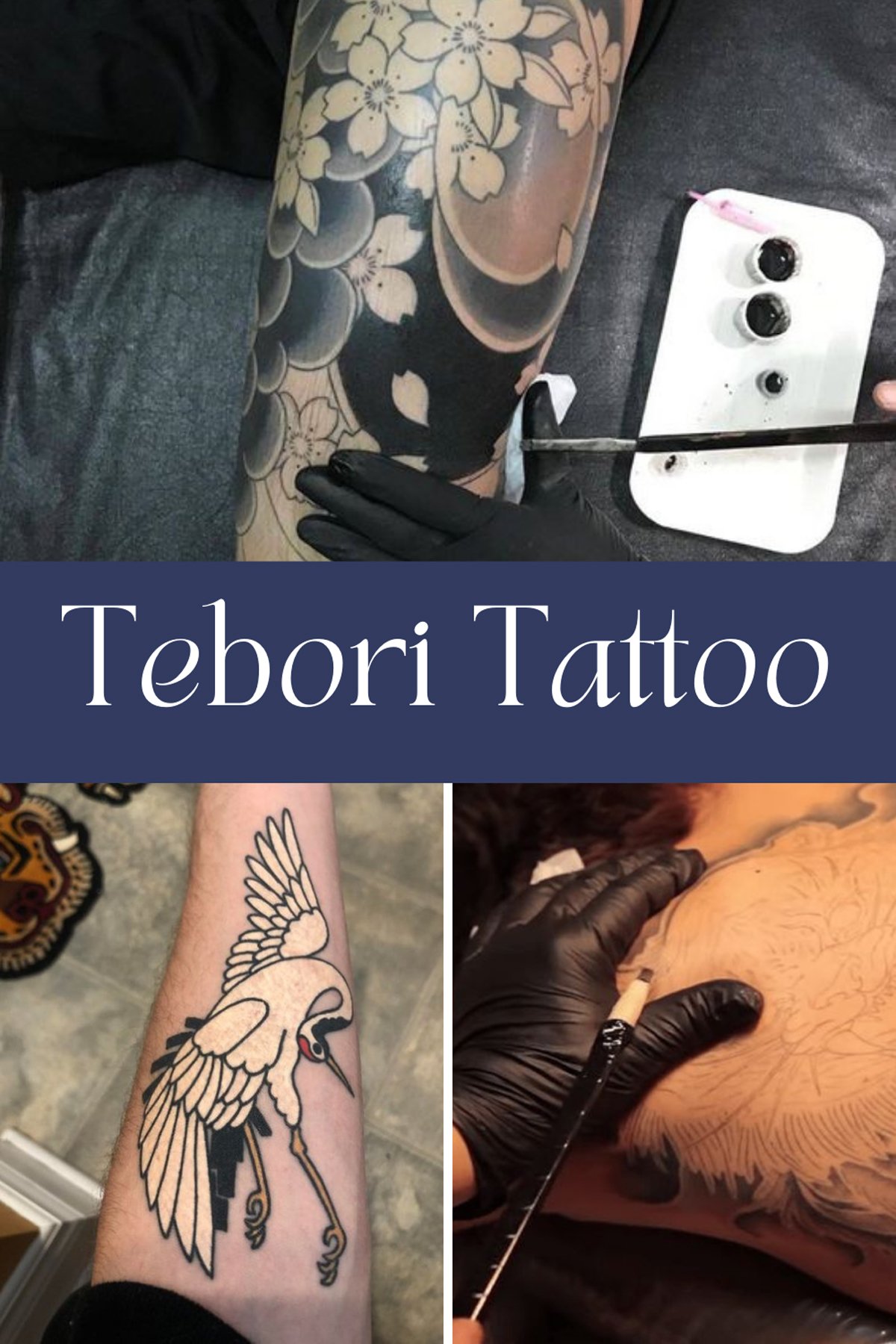 Tebori tattoos encapsulate Japanese culture, so it often uses cultural references for design inspiration. Many of them are based on popular ukiyo-e prints that can also be found in old Japanese portraits. Some of the popular motifs include:

Many Japanese tattoos feature animals of the region that represent courage, strength, and protection, such as tigers and lion tattoos. Many people also get gorgeous, large koi fish tattooed on their bodies as they represent luck, success, and good fortune.

Cherry or sakura blossoms are still quite famous in Japanese tattoo parlors and among traditional tebori artists. The flower has a deep symbolic meaning. It blooms yearly, so it is often seen as a symbol of fleeting life. Besides sakura, you can also get tebori peony tattoos and chrysanthemums for their refined aesthetic and prevalence in the country.

Besides figures from ancient folklore, tebori tattoo artists also incorporate mythological Japanese subjects such as tengu (crow demons), kappas (water demons), and one (trolls/demons). This also includes gods or deities from Shintoism and Buddhism, as well as dragons.

Rare tebori tattoos also feature a creature with the head of a camel, fish scales, a snake’s body, and an eagle’s talons. These creatures symbolize several different things that have significance for the owner. 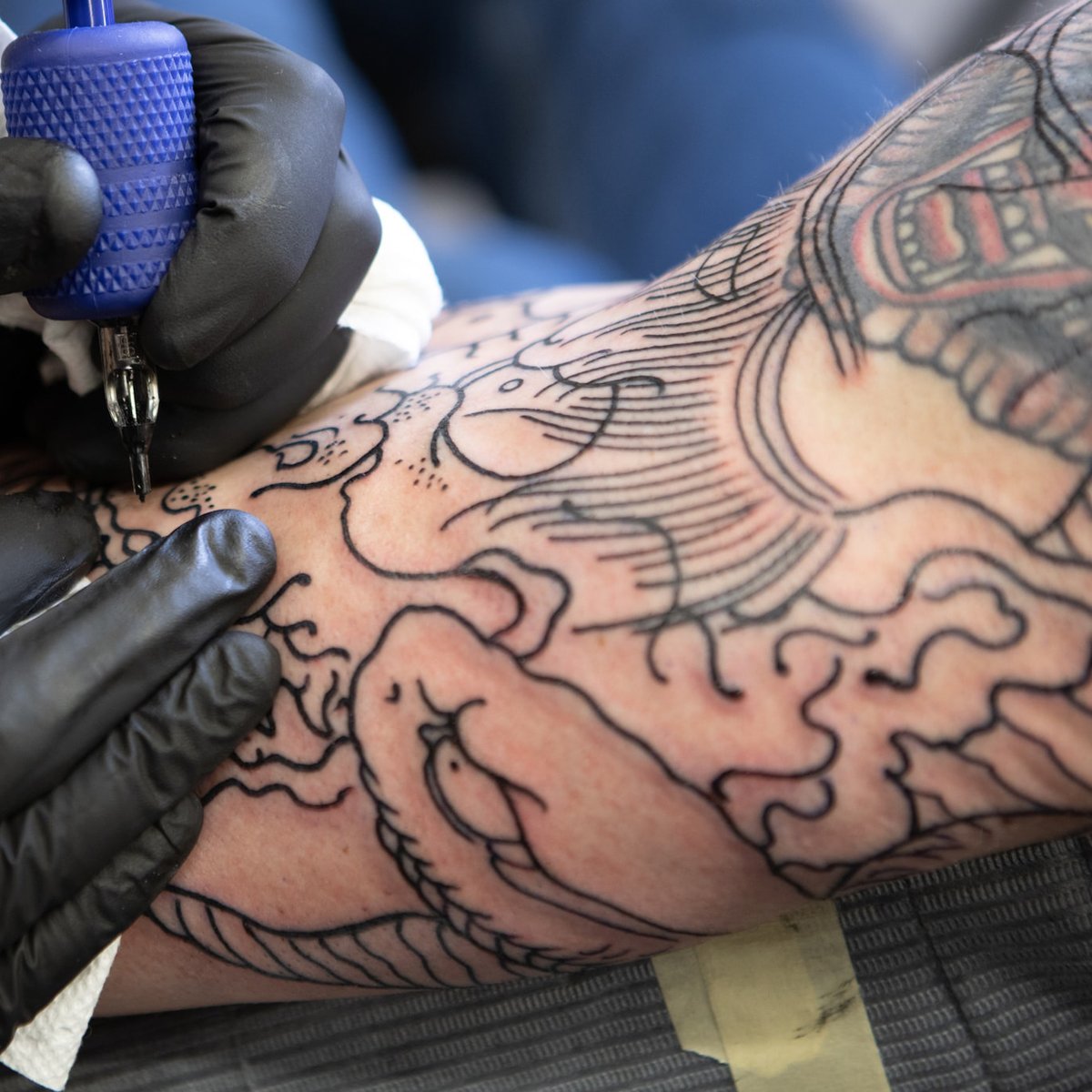 Tebori is still alive today. Both traditional and modern artists look towards it for inspiration, but it has been considered taboo in Japan since 1948. So you will have a difficult time finding a tattoo parlor in the country with an artist who is proficient in it or who will be willing to make one for you.

Even today, people who have tebori tattoos are barred from entering bathhouses, gyms, and other public spaces. Some allow entry if the tattoos are concealed.

If they cannot get a traditional tebori, most people choose a tebori hybrid tattoo. These are drawn using tattoo machines, but the shading and colors are added using traditional hand methods. So you get a design that is crisp and vibrant. You may have to pay more than other modern tattoos since hand coloring and shading takes time.

A tebori tattoo is a timeless classic few people dare to get. Artists are few and far between, but if you find an authentic one, pay them the price they ask for. You will get what you pay for.

Tebori Alternative Tattoos You Can Get

Honeysuckle flower tattoos – If you love flowery motifs that traditional Japanese tattoos are known for, these gorgeous honeysuckle ones are great alternatives.

Old school tattoos – So what if you cannot get a traditional tebori ink? These vintage designs are timeless classics that you will love to get.