Inside: Types of Body Art Tattoos.

What Is Body Tattoo Art?

Tattoo art refers to permanent artwork on the human body. Tattoos range from minimalistic sketches on small areas of the body to extremely elaborate portraits covering entire limbs or torsos. Regardless of size or complexity, tattoos often have a cultural significance or a deep meaning behind them.

Small, handheld machines with vibrating needles draw most modern tattoo art pieces. However, early civilizations drew on the body with more primitive tools, including sharpened bone, teeth, or bamboo dipped in soot or a natural dye. 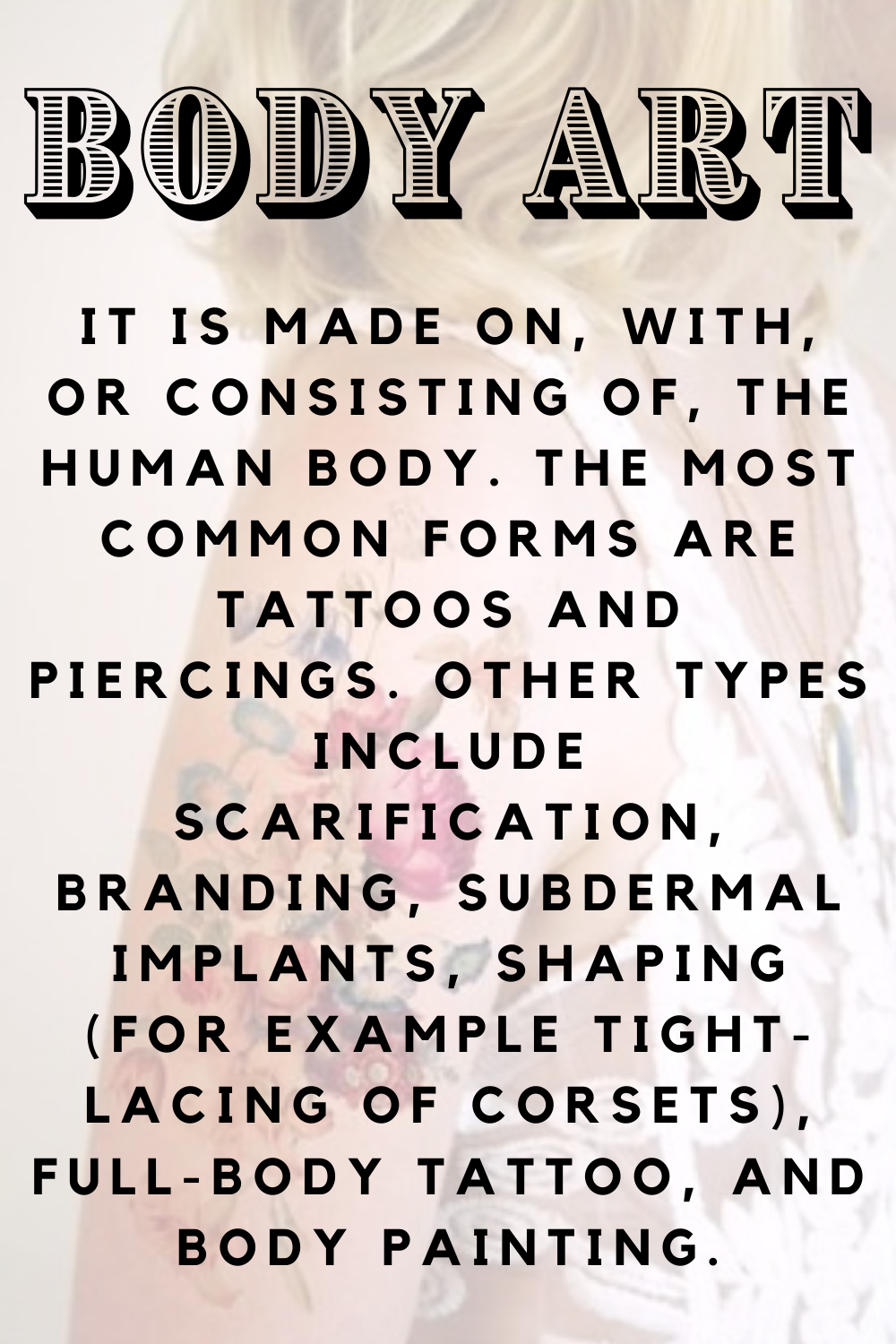 Why Do People Get Tattoos?

People get tattoos to express ideas, communicate status, or identify with a particular group, tribe, or religion. Some tattoos serve functional or cosmetic purposes, and some civilizations even used tattoos as a form of punishment.

Reasons for getting tattoos are often unique to the society in which they are done. Earlier civilizations were very intentional about their body art, but modern societies often do it just for looks and the expressive nature of the art.

In the 1990s, German explorers stumbled upon an old, tattooed body near Italy that turned out to be over 5,000 years old, making it the earliest known use of tattoos.

Archaeologists have also found tattoos on mummified bodies in Egypt that date back to around 2000 BCE. However, it’s apparent that nearly all civilizations within the last few thousand years tattooed their bodies for one reason or another.

The Greeks and Romans, along with early Japanese societies, used tattoos, but in these places, it was less about art and more about communicating or marking for identification. Certain authorities often marked slaves and criminals, for example.

Native American tribes, Mayan civilizations, and Aztec societies, among others, tattooed each other for religious and ceremonial purposes. Even civilizations in the arctic and other cold climates participated in tattooing the body.

All of these societies used custom tools to prick, stitch, or scar the body with some sort of dye or pigment. Modern tattoo guns came around in the late 1800s and were somewhat derivative of Thomas Edison’s stencil machine. These slowly evolved into the machines tattoo artists use today.

Some examples of both modern and ancient tattoos include:

Tattoos often have a specific purpose, but ultimately, they can be anything, and your imagination only limits you.

Tattoo styles are abundant, and many of them mimic traditional art styles. These include:

Additionally, there are a few different methods used for tattooing:

People often use tattooing and scarification synonymously when discussing traditional body modification, as they achieve similar results and often use dyes or inks.

However, scarification involves physically cutting the skin to produce scars. Sometimes called “ink rubbing,” individuals will cut patterns into somebody’s body and rub ink or dye into the wounds. The ink makes the scars stand out when they heal, which can take several months.

Similarly, some societies would rub ink or soot into scars obtained during battle to make them stand out.

Check out these examples of all different forms of body art. 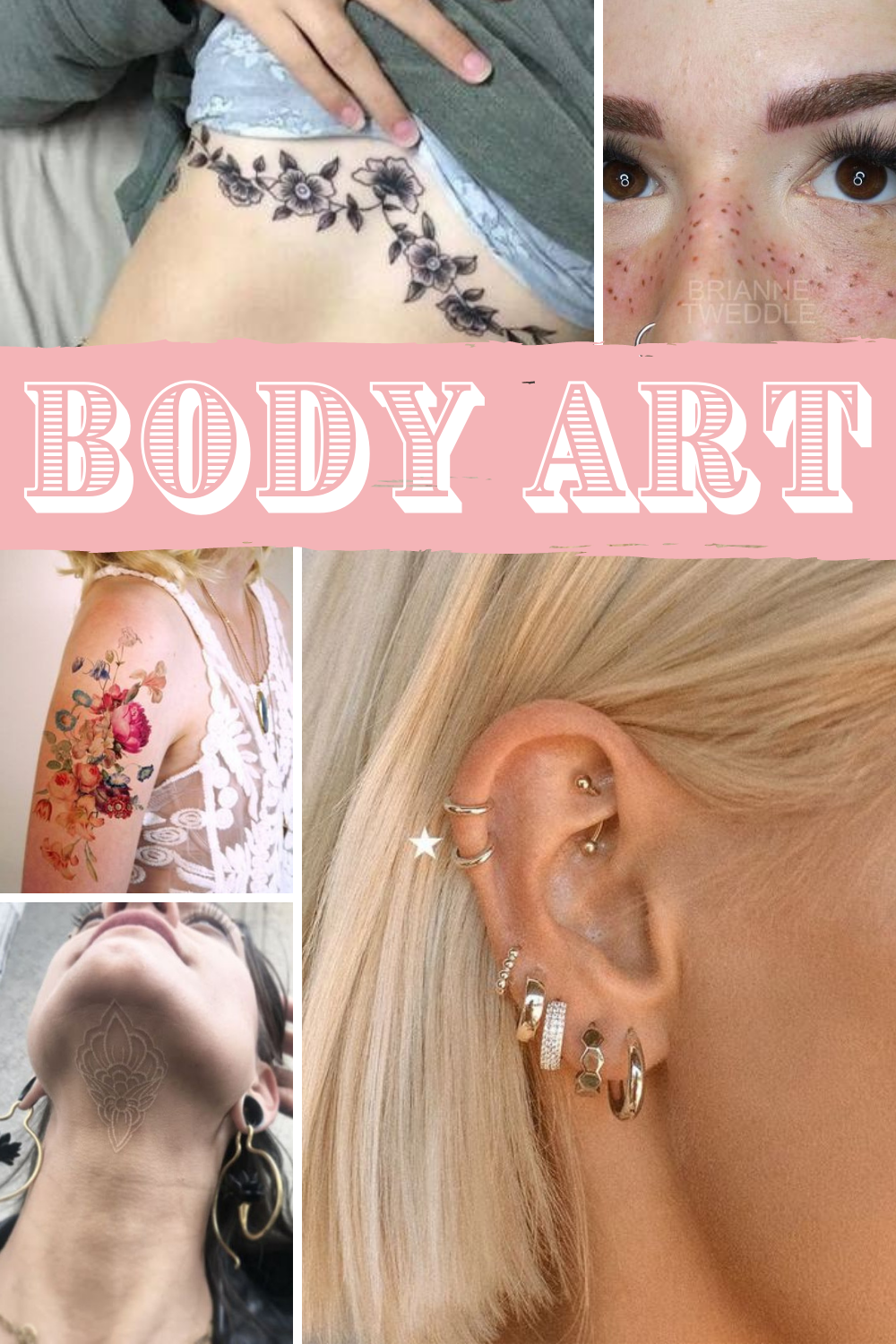 What is your opinion of getting a tattoo like this? Find the inspiration you’ll need for your next one here.