There is something aesthetic about tribal tattoos that cannot be matched by modern designs. But did you know these ink styles can find their roots in the ancient past?

Read on to find out how these fascinating tattoos came into being and what they represent. 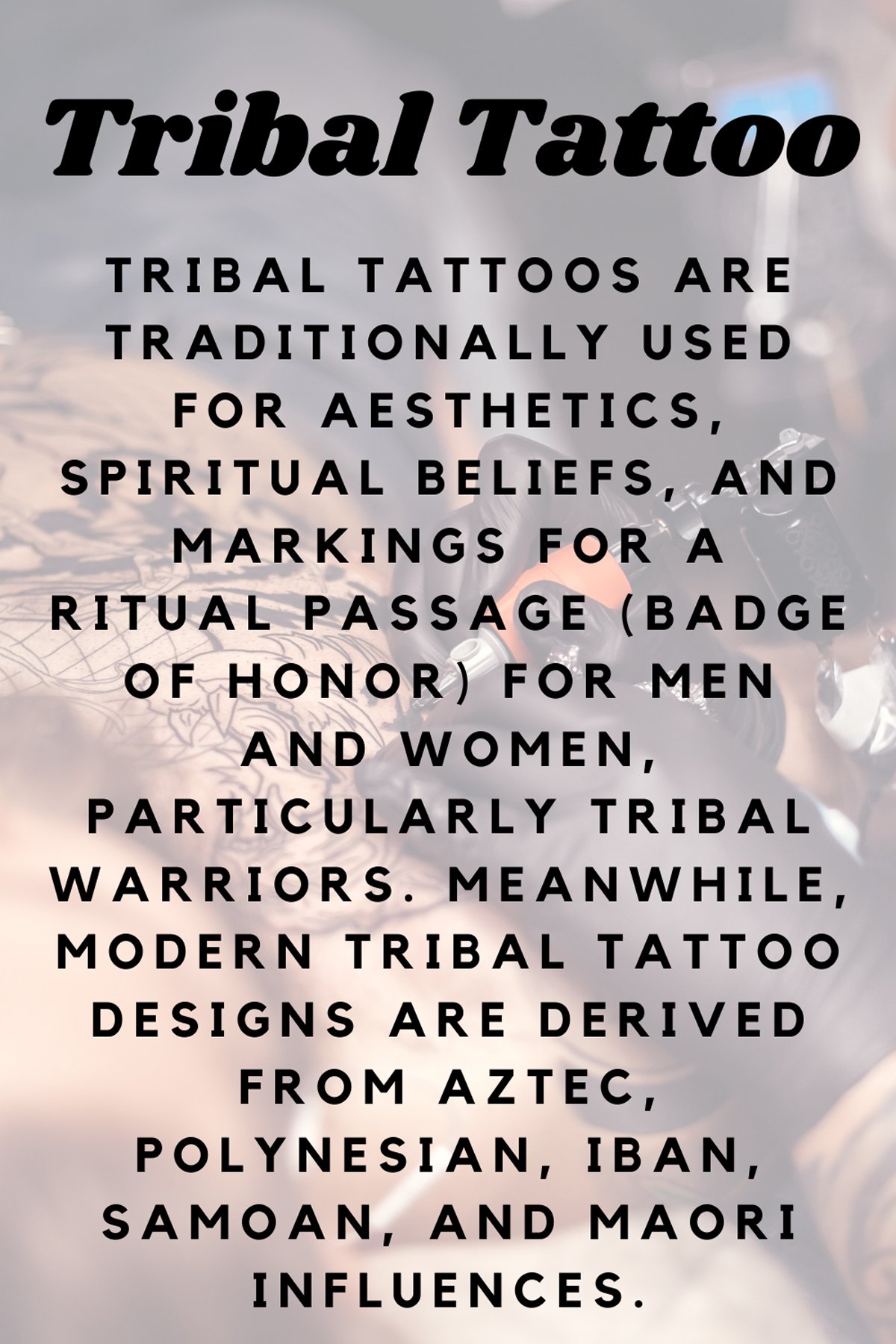 Tattoos have always been significant across various cultures, with the oldest recorded tattoos dating back to around 3370 to 3100 B.C. To say that tattoos have a long and interesting history would be a bit of an understatement.

Through various generations of our ancestors, tattoos were more than just a form of art or self-expression. Instead, they usually represented something more than an individual person. The most common use of tattoos in ancient societies was to differentiate one tribe from another. Tattoos were also a part of important rituals, war decorations, representation of faith or religion, and initiation rites for young men and women.

The inspiration for the tribal tattoos that you may be familiar today primarily comes from the warriors of the Bronze Age. Not only were these tattoos the identity of warriors and the tribe they belonged to, but they were also a proud representation of warding off other tribes.

What Are the Characteristics of Tribal Tattoos?

More often than not, tribal tattoos are represented by seemingly abstract patterns formed by bold black lines. However, it is important to note that tribal has become a bit of a catch-all term. If we really think about what a tribal tattoo represents, it can be argued that almost no one in today’s day and age has an authentic tribal tattoo.

In essence, a tribal tattoo is meant to represent a tribal or a “group of people.” So by definition, you could say that the Dark Mark from Harry Potter was a tribal tattoo since it represents allegiance toward Voldemort.

However, most people today wouldn’t agree with this statement since tribal tattoos have taken a new definition of their own. Nowadays, it has become more about the design and patterns instead of the actual meaning of the tattoo.

Jason Momoa, Dwayne “The Rock” Johnson, David Beckham, and various other celebrities have tattoos that fall under this category.

What Do They Represent?

A couple of decades and even centuries ago, tribal tattoos could represent a lot of things. Depending on the ancient culture you study, you’ll find that these tattoos meant a lot of different things to different people.

Aztec, Egyptian, Mayan, Polynesian, and Indian cultures all had their own unique designs for tribal tattoos. The meanings of these tattoos also varied significantly across these different societies and cultures.

In fact, the word tattoo is derived from the Polynesian word “tatau.” People of that tribe used to regard tattoos as a form of language. For them, the odd-shaped symbols and lines added more meaning and significance to the design.

While not all tribal tattoos were considered a language, all of them had some sort of meaning behind them.

Nowadays, there aren’t many societies that use a tattoo to represent themselves. Perhaps, the Maori tribe from New Zealand is the only major society that is still known for its facial tattoos. These tattoos were used by their ancestors to represent inner strength. They also believed that the tattoos would help them be identified in the spirit world after they pass on.

Even if you don’t share such beliefs, you can still choose to get a tribal tattoo that represents something. Although, there is a low chance it would hold the same significance as the tattoos back in ancient times, as less people would be aware of it.

However, these tattoos still look unique and fascinating. So if you’re just looking for an aesthetic design to get inked, tribal tattoos make a great option. 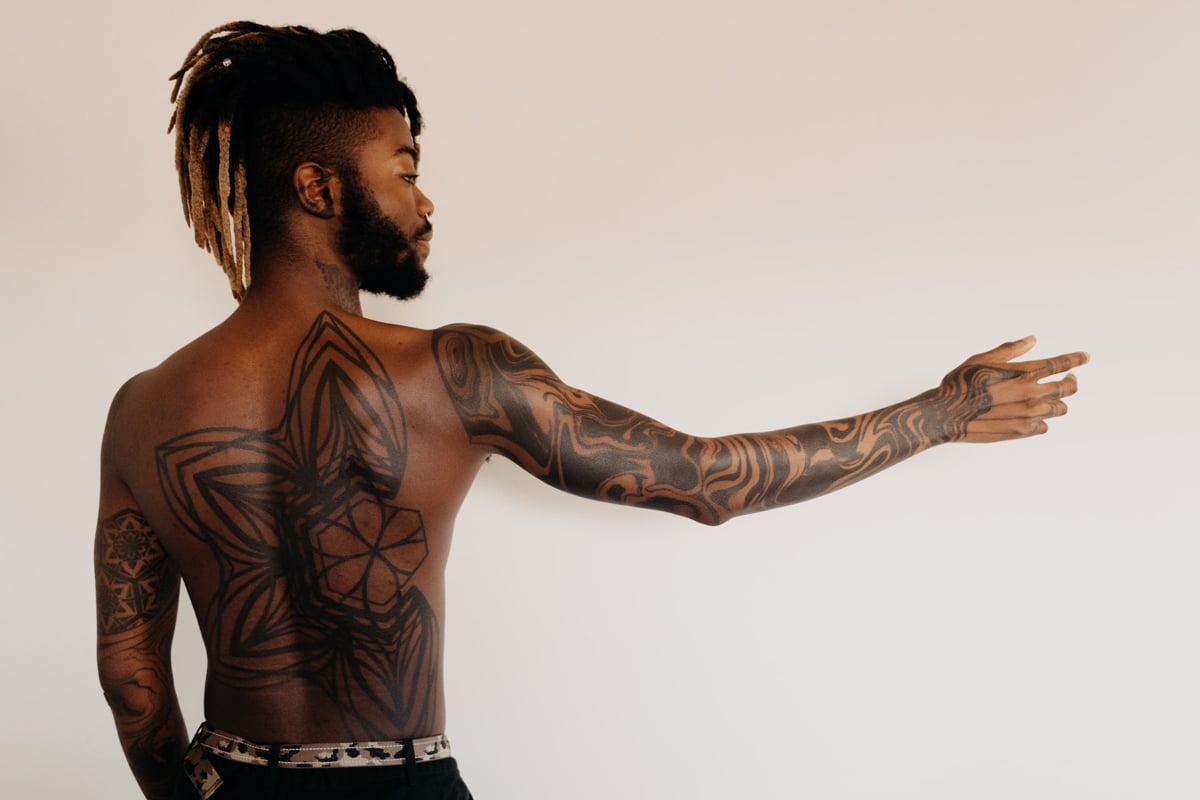 Aboriginal Tattoos: These designs find their basis in the historical techniques used by ancient Aboriginal tribes. Many tattooists are inspired by this style and often these designs feature an excellent balance between nature, man, and experience. These tattoos should be personal and not just decorative.

Aztec Art Tattoo: Aztec tattoos were first worn by the ancient Aztec people who inhabited parts of Central America and Mexico. Their tattoos were applied as a part of rituals, meant to honor a chosen god. The art on their bodies was also used to differentiate between tribes and display a warrior’s prowess.

Celtic Tattoos: Tribal Celtic tattoos make use of all sorts of Celtic knots and symbols. They are gorgeous and somewhat browbeating to look at. Also, they express distinctive elements of nature like the sun, moon, air, etc. They also symbolize the pride with which they carry the tribal culture and heritage.

Should I Get One?

Whether you want to get a tribal tattoo or not is entirely your decision. Since you don’t necessarily have to represent a tribe anymore, you don’t have to worry about what it may represent.

Tribal tattoos have such interesting and unique designs that you should certainly consider getting one, especially if you’re passionate about tattoos.

However, if you want to get a tribal tattoo that means something, it might serve you to learn the meaning behind the symbols that were used in ancient tribal tattoos. This way, you can create a design that features the characteristics of a tribal tattoo while also holding a personal meaning to you.

By the end of the day, a tattoo is a form of self-expression. So if you feel that tribal tattoos are something that you relate to, you should certainly consider getting one.

Make sure to visit a tattoo artist with experience in tribal tattoos if you want to learn about the meaning of certain symbols or want a design that means something specific.