What is an Armband Tattoo?

An armband tattoo essentially takes the shape of a bracelet. The design wraps all the way around the arm in a straight line and can be placed anywhere along the length of the arm, including around the forearm and the wrist. In terms of size, armbands range from extremely narrow to wide enough to look like half-sleeves. 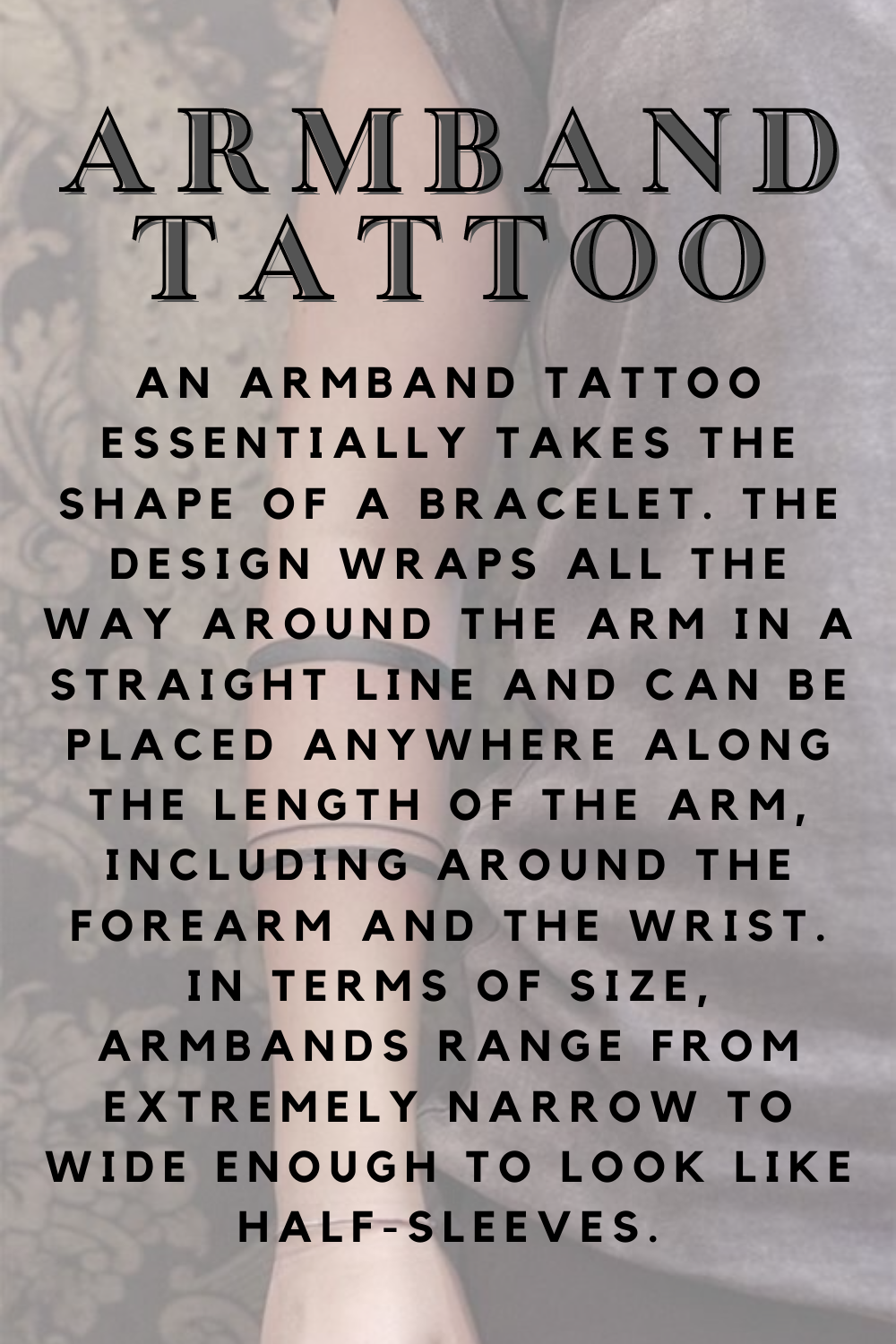 As you probably already know, armband tattoos have been extremely popular for a long time now. They did seem to peak at the start of the century, but they have definitely picked up some steam in recent years, too. That’s because people realized that there are a lot of different types of designs that can work as armbands. It used to be that many people decided to get these tats because they gave them a tough-guy/girl look, but these days it seems like more and more folks are choosing them because these armbands can give them a unique way to add a meaningful piece of art onto their skin.

Tribal Armband Tattoos: Tribal imagery traditionally involves interlocking curved lines ending in sharp points. Since tribal designs are usually abstract and used as decoration only, they can easily be adapted to an armband shape.

Floral Armbands: Flowers, vines, and other floral elements generally make for intricate, delicate-looking armbands. The designs can be made bolder through the use of larger flowers (such as roses) and/or color.

Polynesian Armband Tattoos: These tattoos showcase the courage, willpower, and inner strength of a person. Many believe that they also represent dominance. You can find a large section of spears and shark teeth on the tattoos. They symbolize fierceness and adaptability.

By definition, an armband tattoo will have to be placed on your arm.

Bicep Band Tattoos: The bicep is the widest area of your arm, which makes it the most suitable place for longer designs. Bicep bands will also be the easiest to conceal – in the case of narrow or otherwise simple armband tattoos, short sleeves may be enough to hide them.

Forearm Band Tattoos: Though narrower than the bicep, the forearm still offers plenty of space, even for quote armbands. Half-sleeve armband tattoos on the forearm are a popular choice. Starting with a level line above the wrist, with the design reaching partway towards the elbow. Matching forearm bands on both arms are also a great choice.

Wrist Band Tattoos: Best place for less complex designs, given that the wrist is relatively thin. If you’re worried about your pain tolerance, it’s worth keeping in mind that the wrist could be a more painful area to tattoo than the forearm and bicep.

Let’s Wrap It Up

Armbands are versatile, great-looking designs with plenty of aesthetic appeals. Whether done on one arm only or as a matching set on both, they have a modern, stylish look that will definitely make you stand out from the crowd. Check out a few of our favorite armband tattoo ideas: 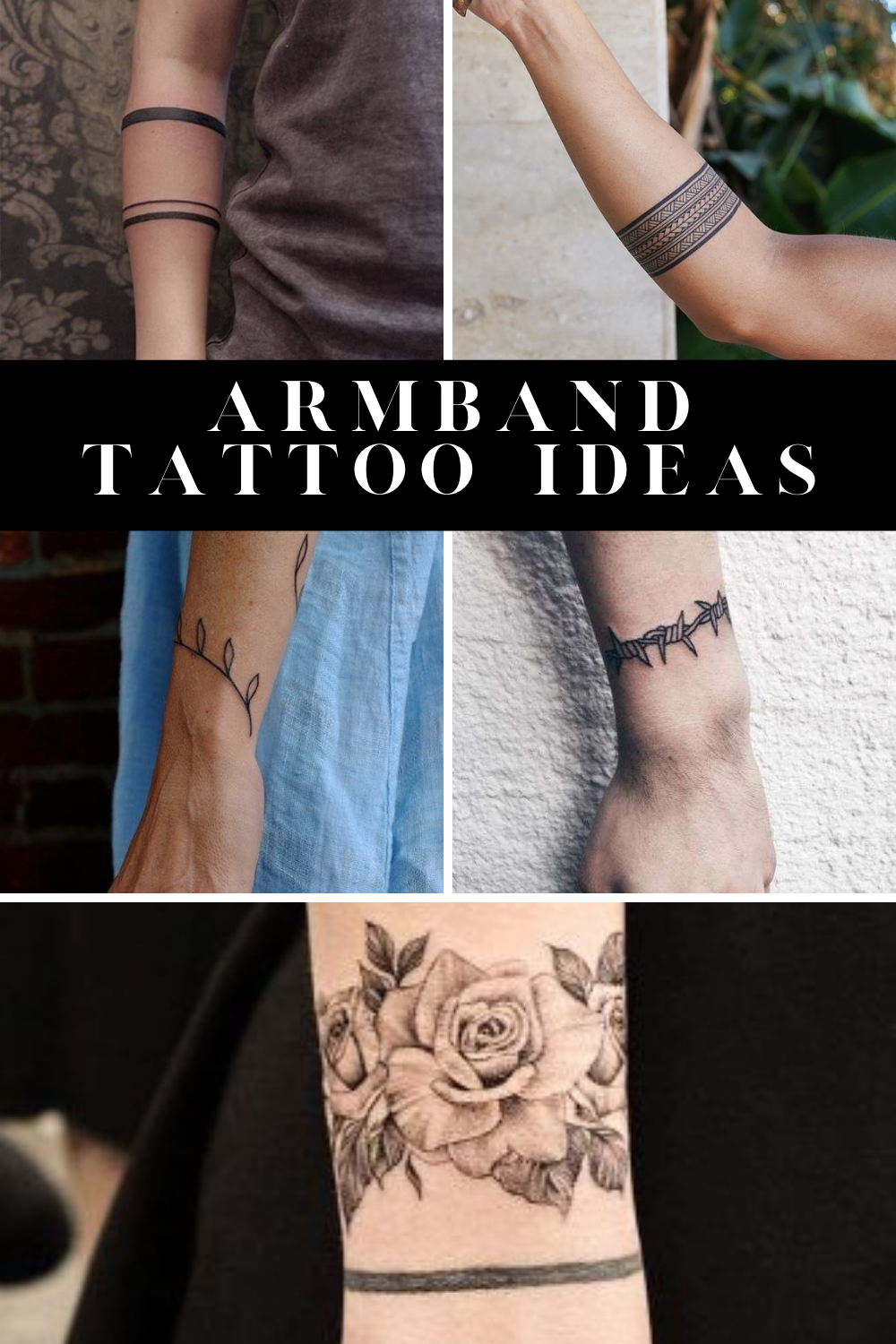