Inside: What is Laser Tattoo Removal & Is It Right For You?

Tattoos are cool; unless they don’t turn out as you visualized them in your mind. Roughly 30% of Americans have some sort of tattoo on their bodies. But not everyone is happy about them. Perhaps they were drunk when they got it or too young to understand the long-term repercussions (ex-lover name tattoo alert!) of getting permanently inked.

Whatever the reason may be, the fact stays that nearly 25% of tattooed folks in the U.S. regret getting a tattoo.

But we come bearing good news!

Now, you can reduce the appearance of unwanted embarrassing tattoos with minimal side effects – allowing to laser tattoo removal procedures. 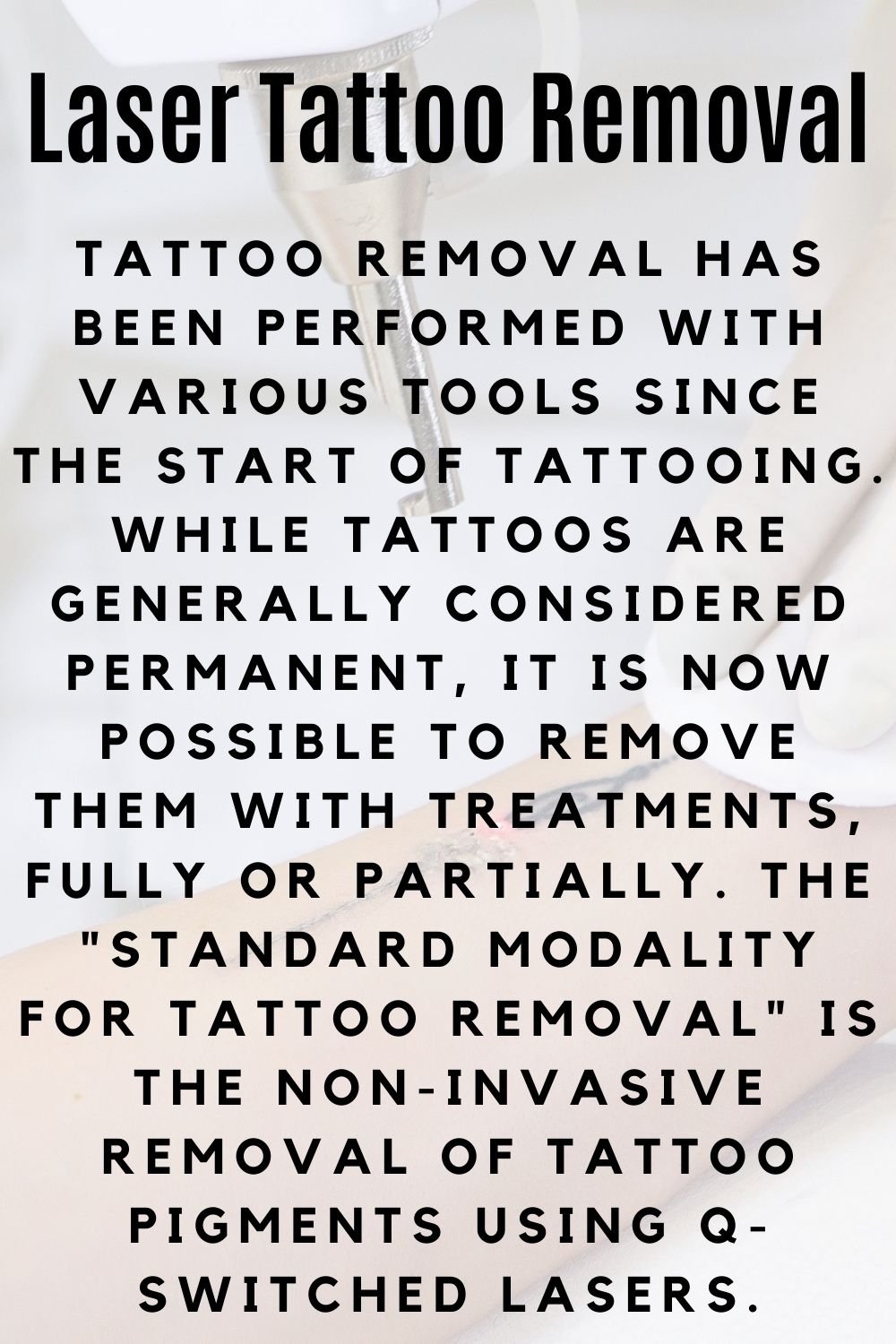 What Is Laser Tattoo Removal?

It is an increasingly popular cosmetic procedure that’s effective, safe, and only requires few minutes to perform with zero downtime.

In a laser tattoo removal procedure, the pigment colors of a tattoo are broken down through a high-intensity light beam. Black colored tattoos are easier to treat since the its pigment fully absorbs laser wavelengths. The same can’t be said for all colors. But that doesn’t mean multi-colored tattoos are untreatable. Their appearance can also be diminished but by only select lasers.

Have you ever seen a partially faded old tattoo? The reason they’re like that is because our bodies naturally fade tattoos over time. Our immune systems recognize that body ink is a foreign substance and thus keeps striving to remove its particles from the skin. Laser tattoo removal procedures simply accelerate this process.

Tattoos are made by trapping ink in the skin’s deepest layer. While creating a tattoo, ink is injected (using a needle) into varying depths of the skin’s bottom layer.

When laser is shed onto the tattoo, it heats up and shatters those ink pigments. It’s worth noting that laser tattoo removal isn’t magic. It takes multiple sittings to penetrate through the varying depths of skin and breakdown pigment. If a tattoo is intensely bold or dark, it’ll need more treatments to diminish the ink pigments in contrast to tattoos with a lower ink density.

Moreover, unlike many cosmetic treatments, laser does not require injectable anesthesia or any downtime since they are non-invasive. But depending on the tattoo’s location, some people may be suggested to use a topical anesthesia cream. 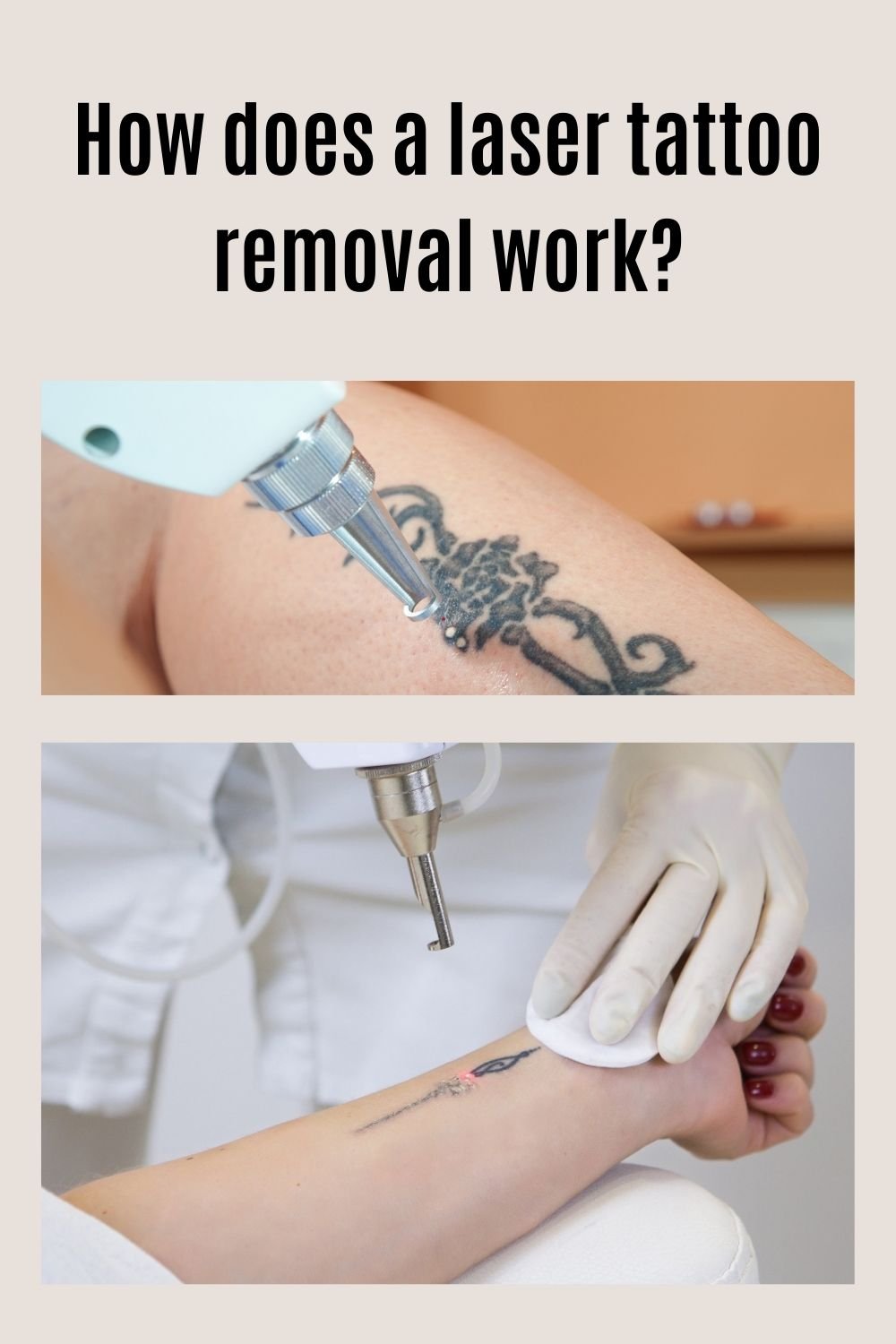 What to Expect at Your First Laser Tattoo Removal Session?

First, schedule a consultation with a laser expert to get your tattoo evaluated and receive advise you on the treatment course. The number of sessions required will depend on the color(s), size, and age of your tattoo. In addition, your skin’s color and the depth of the tattoo pigment will also impact the procedure.

Generally, here’s what you can expect during your first laser tattoo removal sitting:

Remember, smaller and shaded tattoos will need lesser pulses whereas bigger, bolder ones will require more to fully fade. In either case, several sittings will be needed to completely get rid of the tattoo. After each visit, the tattoo will gradually turn lighter.

Using an ice pack is suggested once the session is over in order to soothe the treated area. You can even apply an ointment, antibiotic cream, and bandage to protect it. Finally, be sure to cover the treated area with sunblock when you are outside.

We’d love to know if this post inspired you to take the leap and undo a tattoo you’ve forever been embarrassed about. If have any questions regarding this life-altering procedure, don’t hesitate to reach out.

Learn More About The Tattoo Process