When it comes to choosing the perfect tattoo for you, it does get a bit overwhelming when you have to pick one out of so many. If you want a tattoo that’s strengthening and one that may express your love for animals, then you must get an animal tattoo inked on your body.

Each of these tattoos has different meanings and symbolism; hence there is no single meaning for animal tattoos. If you’re still confused about what type of cute animal tattoo you should go for, don’t worry we you covered. 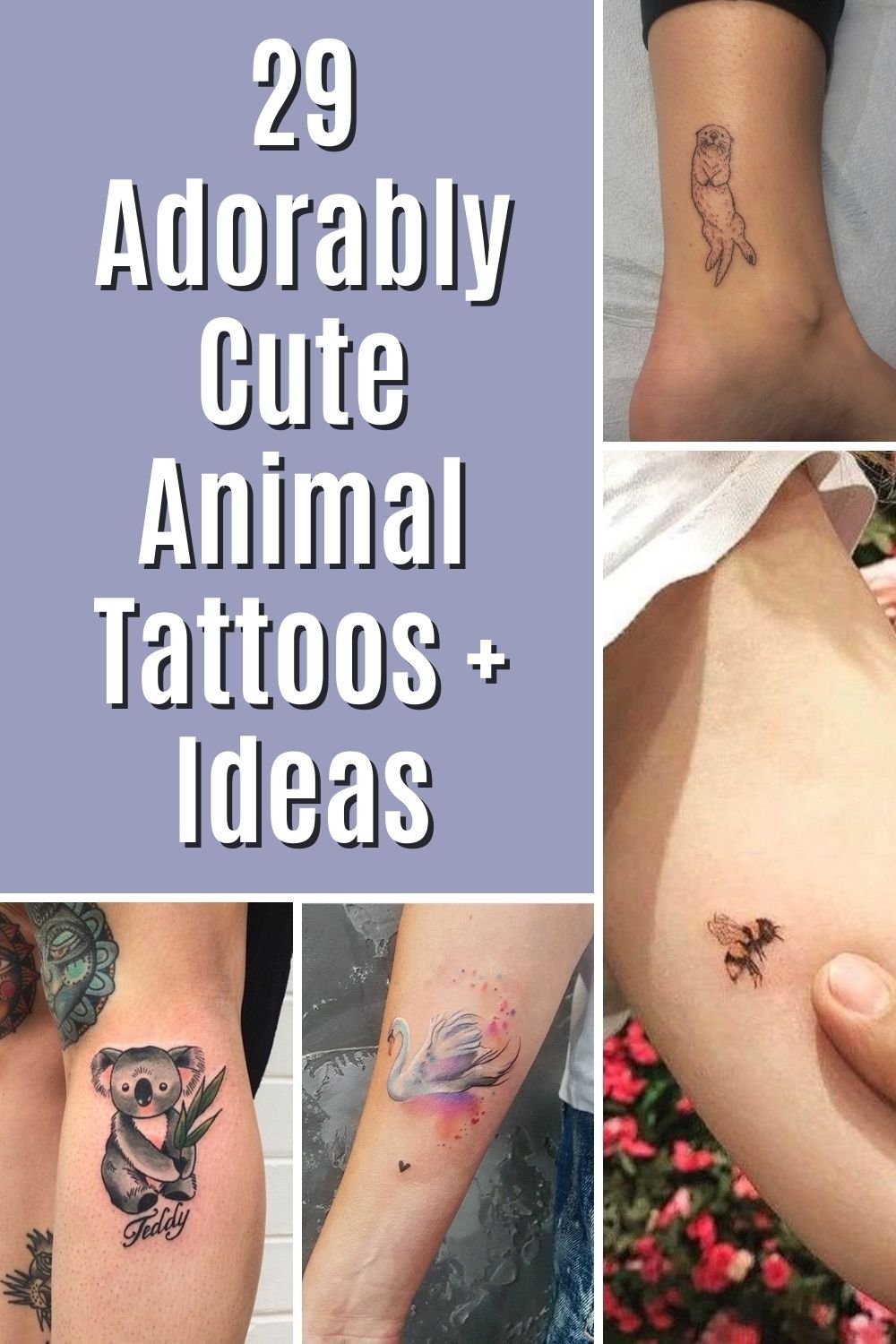 What do animal tattoos represent?

Animals are among the symbols of the most inked tattoos. In general, all animals represent instinctual life, fertility, and swarming life, instinctual and emotional impulses that must be overcome before a man can enter the spiritual spheres.

Different Animal Meanings + What they Symbolize

Bear Tattoo Designs: The Bear is a prominent symbol worldwide. Haida bears have long stood as symbols for wisdom, protection, and spirituality. Most commonly, bears represent power, motherhood, and fortitude.

Butterfly Tattoo Designs: Traditionally, butterflies represent transition or a transformative event. A butterfly starts its life out as a caterpillar, and only after going through metamorphosis does it emerge as a beautiful butterfly, with all its potential to be seen.

Fox Tattoo Designs: These cunning creatures are symbols of wisdom and magic, and they can also represent a strong connection to nature.

Horse Tattoo Designs: Humans have a long history of companionship with horses, and they’re a central part of life in many cultures. Horse tattoos often symbolize courage, loyalty, strength, and freedom.

Lion Tattoo Designs: This noble animal is a source of strength, courage, and protection. For the ancient Egyptians, they were used as war deities because the lioness is known for her aggressive attributes and protection. Lions are also seen in front of imperial palaces in China, as symbols of protection.

Tiger Tattoo Designs: Traditionally, the tiger represents fearlessness, royalty, and strength. As the rival of the Chinese Dragon, the two are often seen fighting the same battles. The tiger is also the national animal of many countries including India, South Korea, Malaysia, and Bangladesh.

Turtle Tattoo Designs: Turtles have cultural significance in many places, including Japan, North America, and Africa, and they are popular symbols for longevity, wisdom, and peace.

These cute animal tattoo designs are perfect for any animal lover, from sweet sleepy tiger cubs to pretty butterfly designs. There are so many different ideas for finding the perfect pet ink. 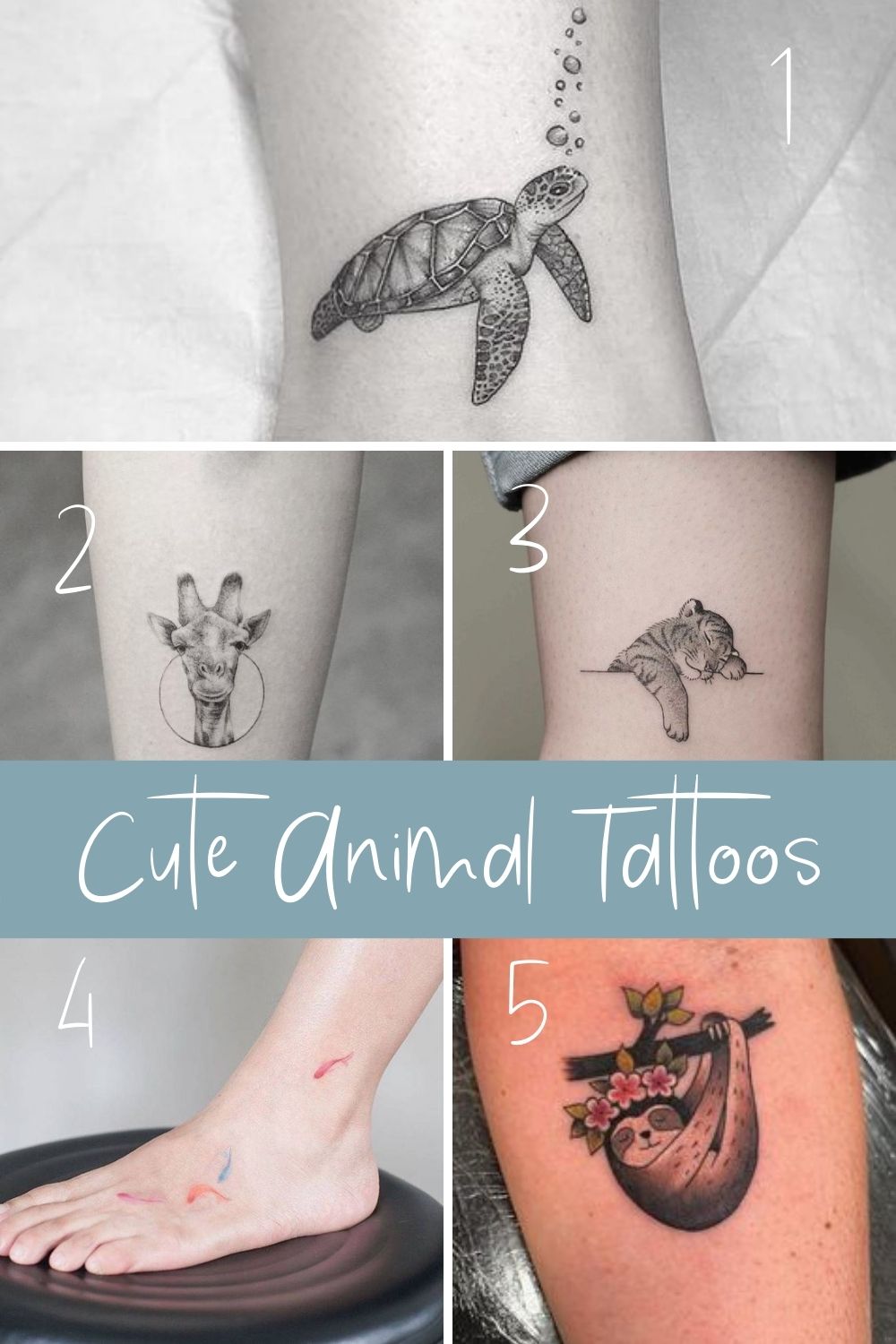 10. Behind the Ear Fox Tattoo 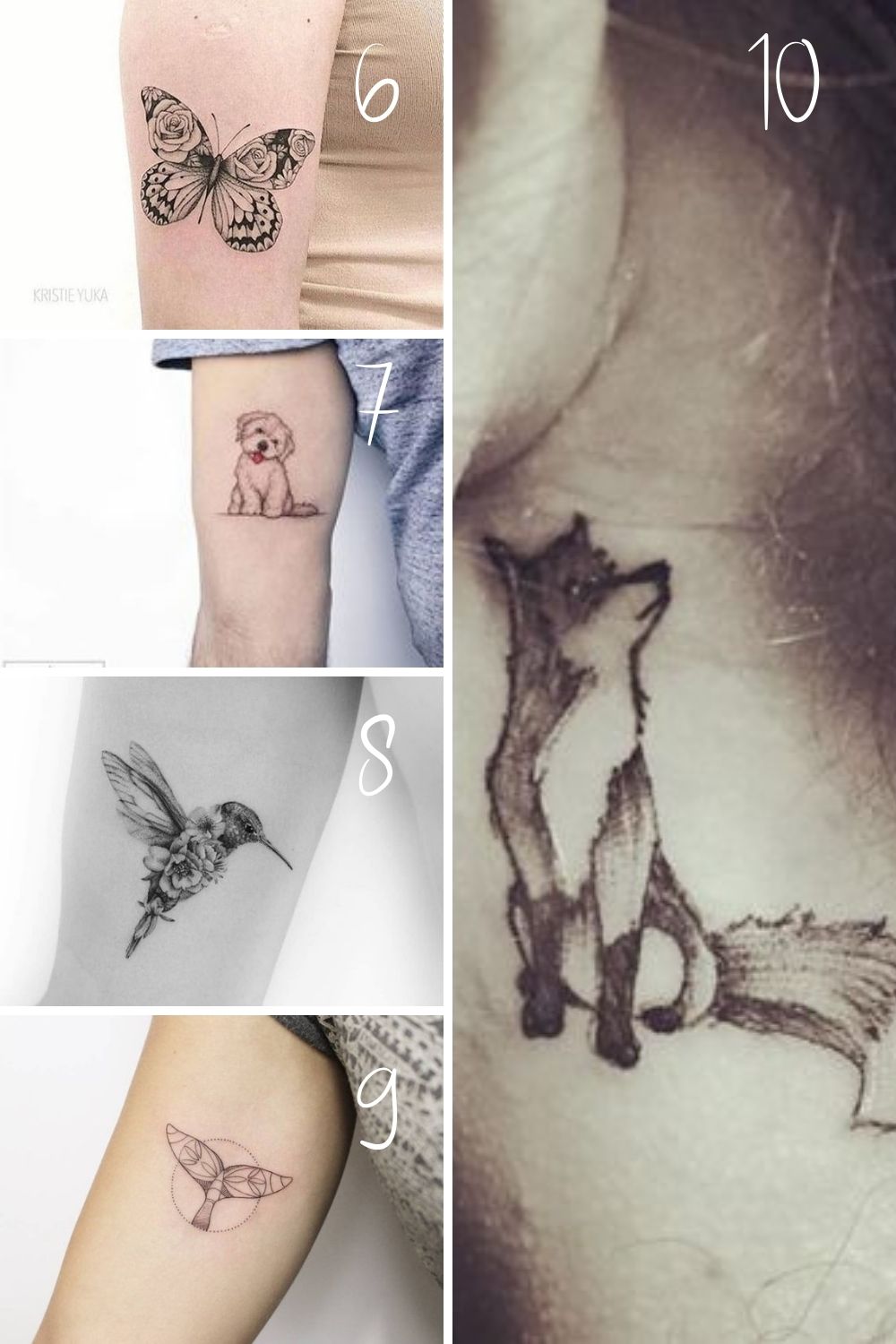 These tiny animal tattoos are so cute we can hardly handle it. They make us want to squeal with excitement, which is your favorite little pet? 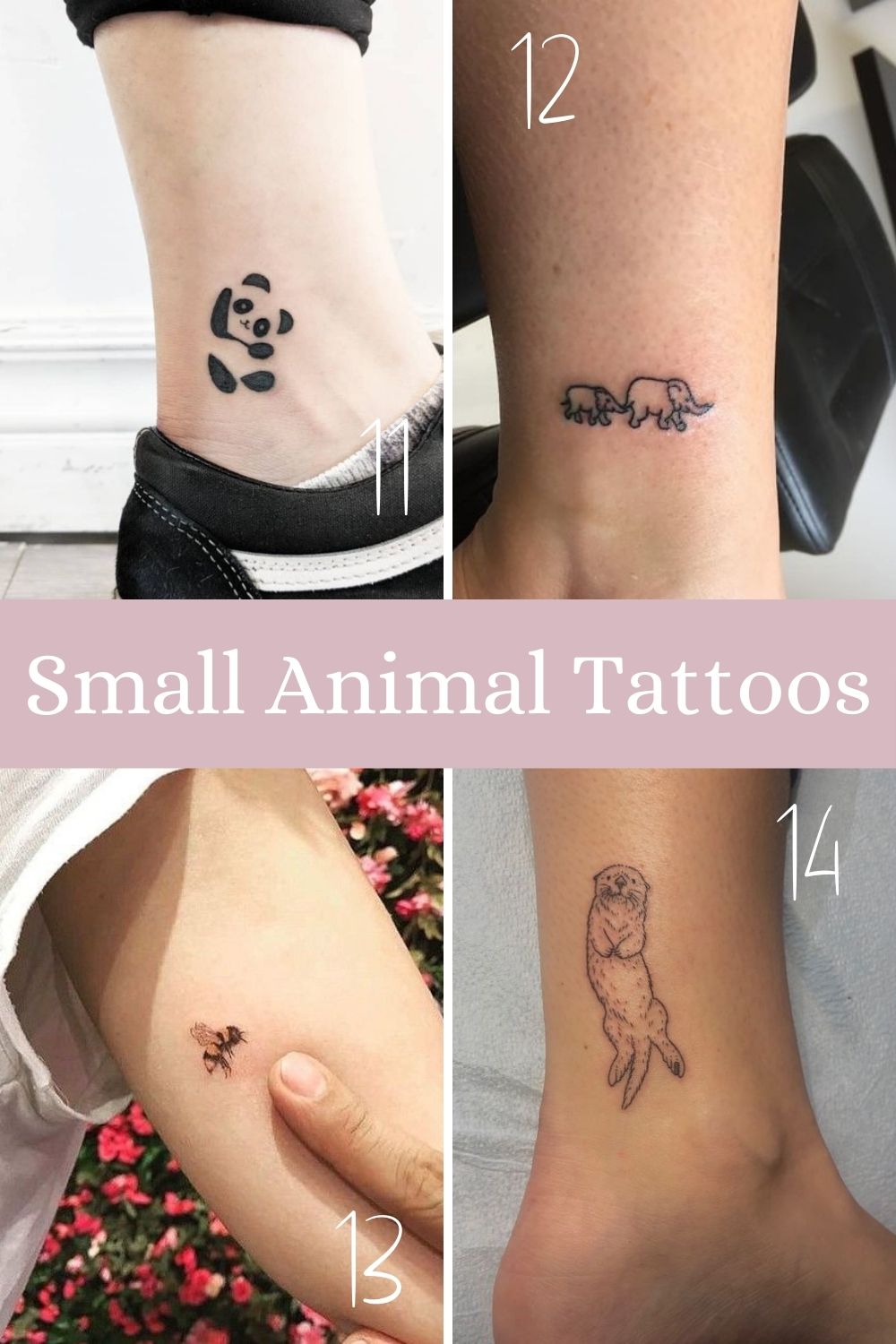 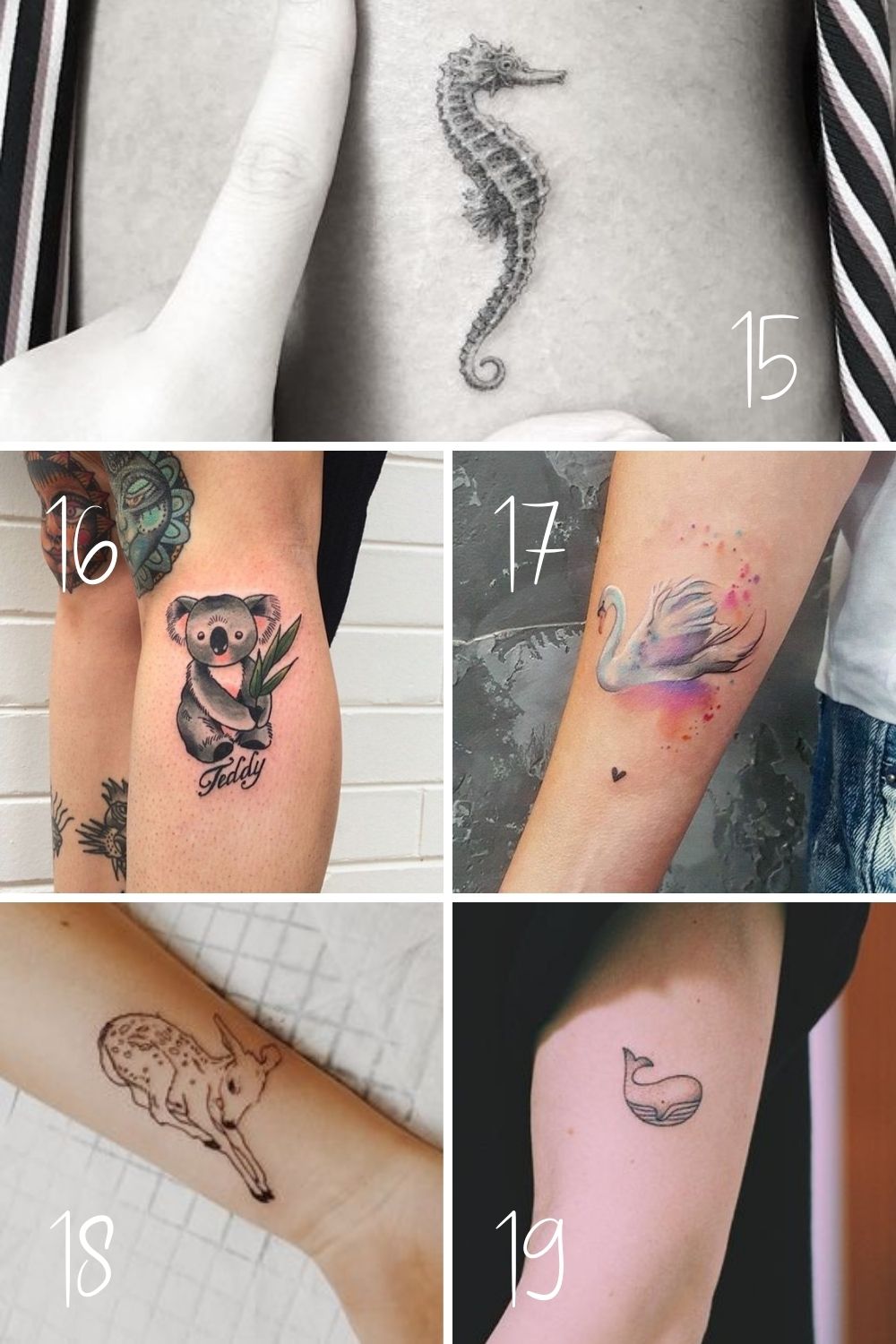 These cute simple animal tattoos are the perfect little addition to your ink collection. 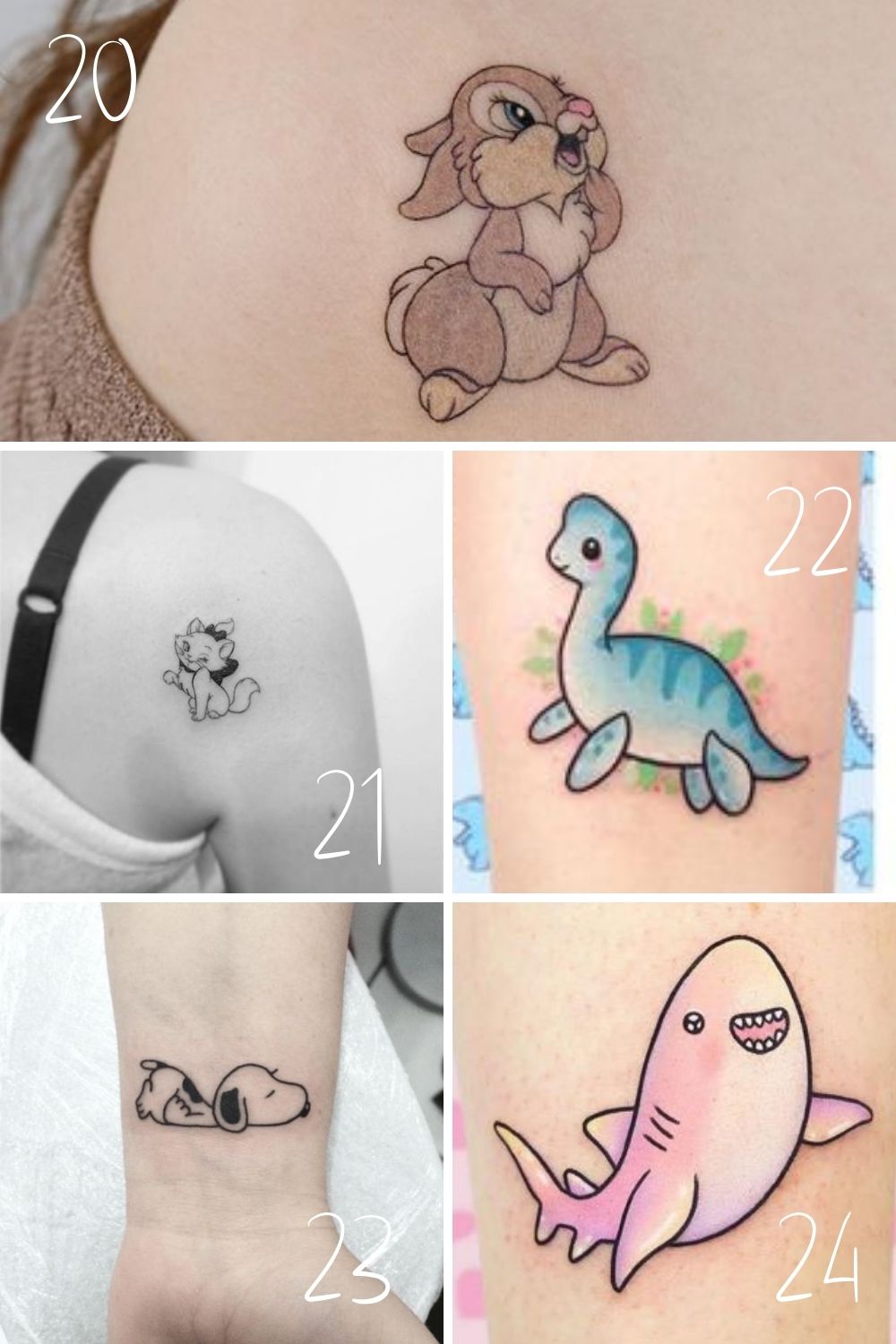 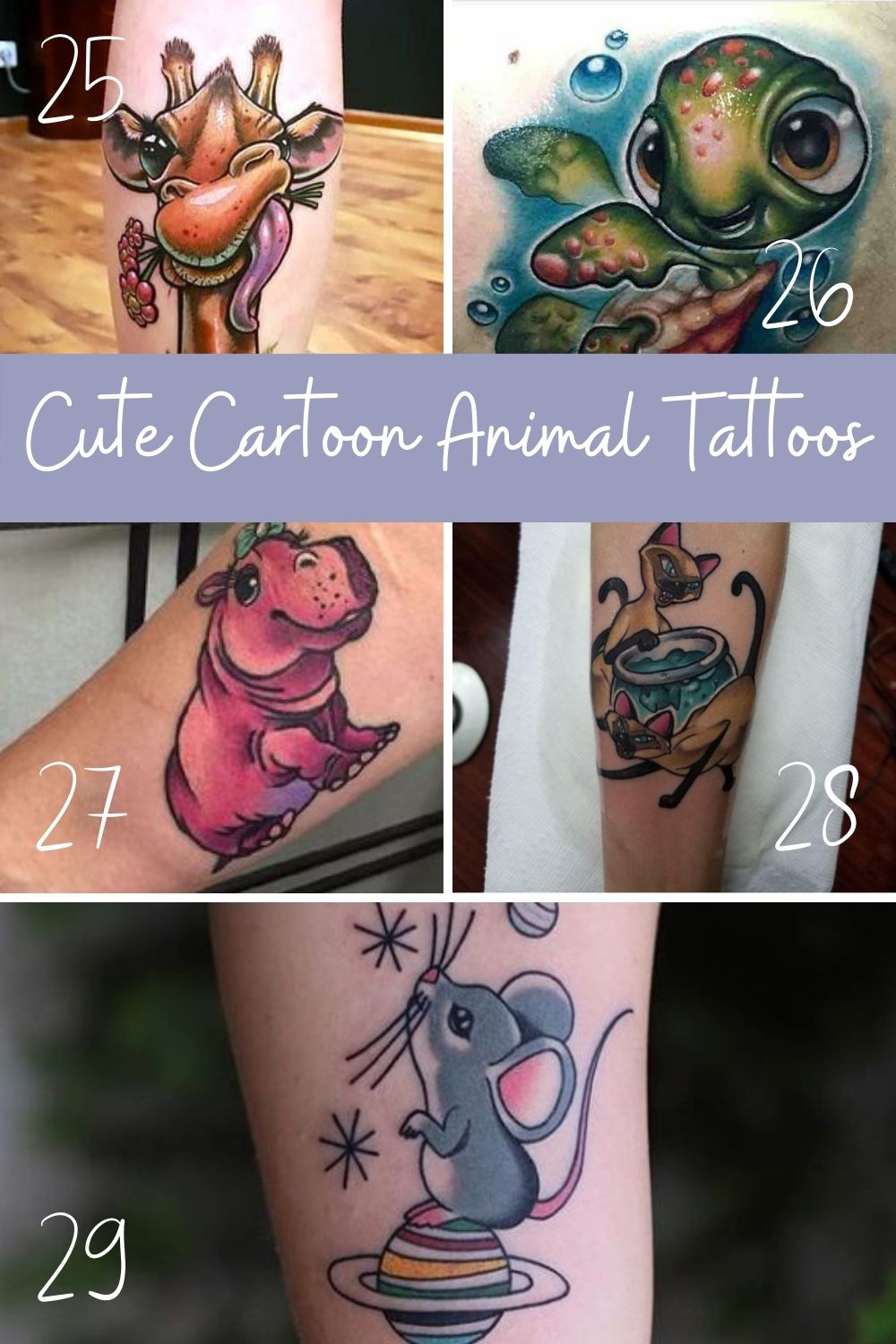 Test Out These Tattoo Products

Looking to check how you like a tattoo but don’t want something permanent? These temporary tattoos are perfect for you. Or maybe you have new fresh ink and want some care supplies, we have just what you need. Click the links below to test out some of our favorite products.