Tattoos have been a medium of expression for emotions, culture, personal feelings and a lot more throughout the years. In America alone, more than 145 million people have tattoos depicting elements that these people hold close to their heart. Of the many types of tattoos that people can choose from, a relatively understated but preferred style is the aboriginal style.

A distinctive art form, aboriginal tattoos can range from simple lines to complex illustrations. The meaning and impact of tattoo art in Aboriginal culture is profound. Indigenous people from all over the world were the first to engage in an ancient art form that exists today.

Since aboriginal tattoos inspire people and pique their curiosity, this article sheds light on the significance of tattoos in Native American culture, holy images, and ways to minimize use of appropriating such themes.

Here’s a brief overview of everything you’ll need to know.

Tattoos have greater meaning in indigenous cultures than only as art adorned on the body. There is a function to them. For some, it’s a part of their identity. People occasionally have particular tattoos that represent roles in the public or within a nation of people. Some individuals have clan structures and spirit names.

One could be a member of a huge variety of indigenous clans, like the Eagle Clan, Bear Clan, Wolf Clan, and Turtle Clan, to name some.

Various groups have a distinctive emblem that serves as a representation of itself, and members of each clan will get tattoos that display their membership in the group as well as their responsibilities within that particular community.

People also usually receive a spirit aid through the system of clans. The spirit name is a helper, thus some individuals go by names like Medicine Protector, Black Bear etc. These are some more tattoos that someone might get to represent the name of their spirit, but getting one that is connected to a spirit helper or a system is more than just a visual marker; it gives them their place in the community.

The Meaning behind Aboriginal Motifs

In Aboriginal tradition, some tattoo patterns have more significance than others, yet all sacred tattoos have deeper meanings and purposes. To give one example, some individuals receive symbols of warriors as they are water guardians, and some people get small dots on their chin, eye, ear, forehead, or other places so that these signs are a representation of north, east, west and south.

Although some people strongly feel that every single Native American symbol of culture is significant, others adore everything about culture, indigenous arts, or spirituality. Some people relate to a few elements slightly more than others. Since it is with their forefathers, there are designs in the headpiece.

They might take great delight in acquiring the headdress and skull tattoo because it is one of their favorite tattoos and they hold it close to their heart. 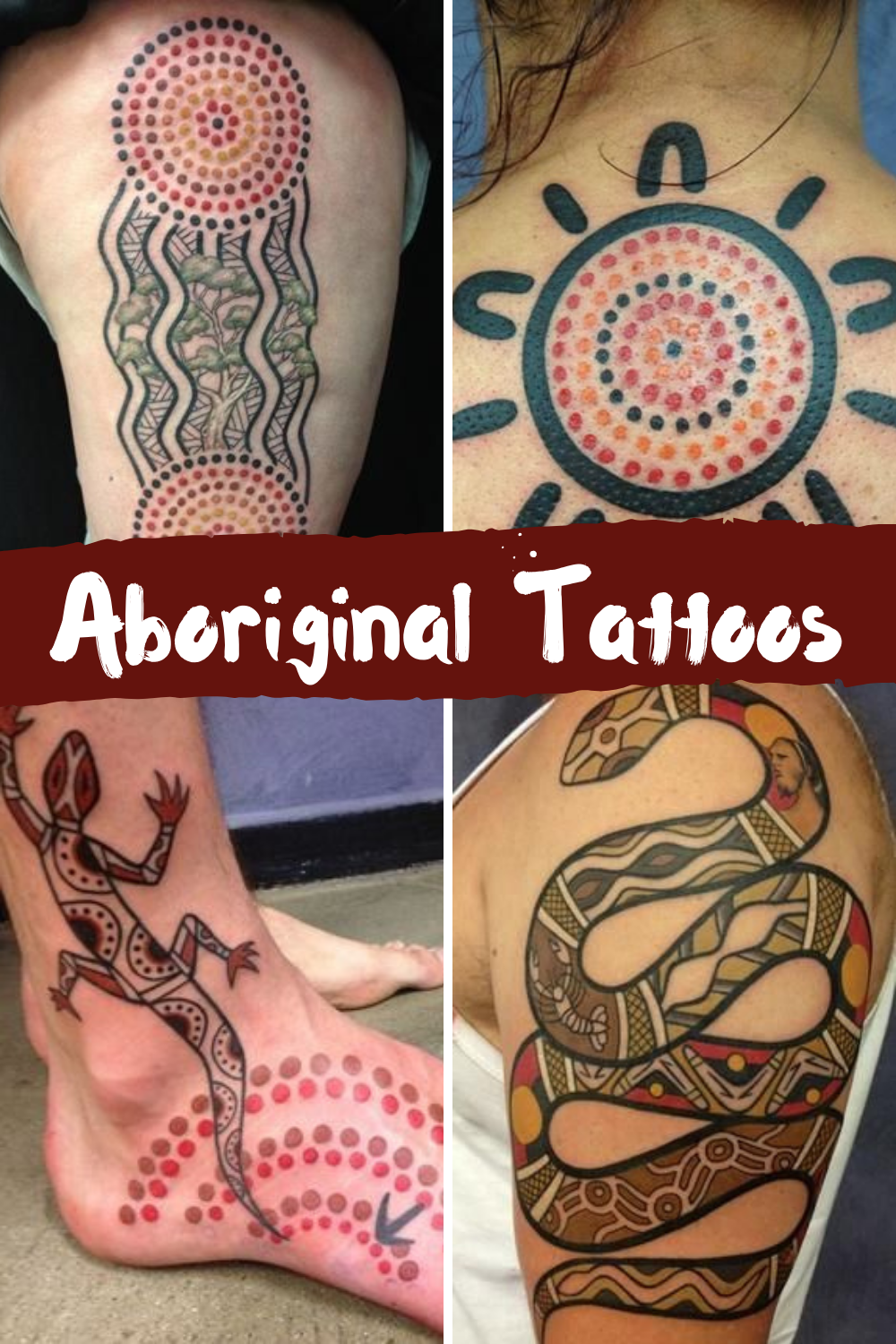 Difference Between Appreciation and Appropriation in Aboriginal Art

It can be difficult to balance cultural appreciation with appropriation when using symbols from various cultures that a person might not be a member of. That being said, it’s vital to conduct your research before asking for certain images. Every Native American symbols are not prohibited for tattoos if someone isn’t of the tribe.

Obtaining a symbol considered sacred, such as the name of a tribe or a soul, is strongly discouraged.

If someone is not native to an area, have not participated in a ceremony, and have made up their spirit name somewhere, they can’t get such a tattoo. For certain tattoos, people must participate in a ceremony. That has to do with certain healing modalities or tattoo designs that honor heritage, country of origin, spiritual guides or social standing. That can’t just be made up.

Some designs, like a teepee or feather, are holistic and pose no problems. If someone wishes to respect that teaching, that’s OK, but it is not proper to act as if one has a name associated with a spirit, undergone a ceremony, belongs to a particular group of people, etc. when one does not.

Should you get one?

In native cultures, tattoos are utilized as more than just body art, and if someone doesn’t belong to that culture, they shouldn’t have specific tattoos. It is better to avoid such motifs unless a person is a member of a clan or community and has gone through a specific procedure to obtain that native tattoo.

Having said that, there are comprehensive designs that may be worn to demonstrate admiration for culture, but it’s crucial to do your homework before choosing any particular patterns.