In the vivid and diverse world of body art, there are some forms that exist without the use of any colors. However, despite that, they hold meaning, carry a rich history and depict emotions that would otherwise be lost in various hues and shades. Black work tattoos are one such form which are extensively popular today especially with people who are looking to cover an entire part of the body with one piece.

What Are Black Work Tattoos?

Black work-style tattooing has been increasingly popular in recent years and is easily distinguished by the absence of vibrant hues and shades of gray. However, against popular belief, all-black fills and patterns are not a fad. 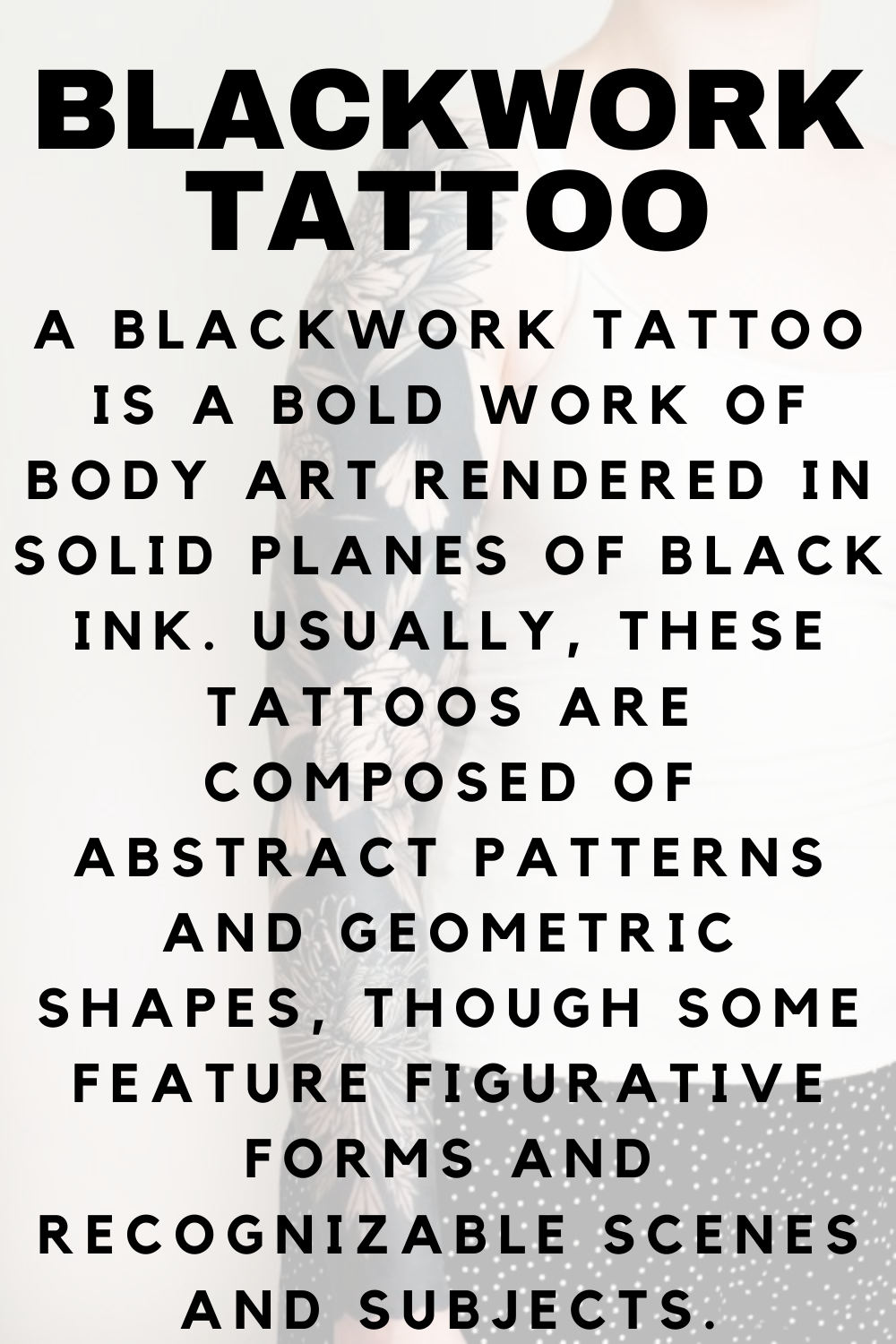 Black work is the term for any design that uses only black ink, in the absence of any other shade or even gray. Black work has its roots in traditional tribal tattooing from long ago.

The style in particular is greatly influenced by Polynesian artwork, which is well-known for its frequently distinct patterns made up of swirls and designs in broad swathes of ink which are exclusively black.

However, Dark Art, engraving or etching style, graphic and pictorial art, and even calligraphic scripts have been deemed to be within the core of Black work tattooing where exclusively black ink is used. Tribal tattoos make up a big element of the Black work style.

Despite the fact that tribal tattoos contribute a sizable percentage of the Black work aesthetic, additional motifs have recently been included. In a nutshell, the phrase “style” refers to all tattoos that use just black ink.

This tattoo style features solid and bold black areas, with thick edges and purposeful “skin-breaks” or negative space. Black work is the term for any design that uses only black ink. There is complete absence of the use of any color.

Although the meaning of black work tattoos has changed significantly over time, they have their roots in early tribal tattooing. The style in particular is greatly influenced by Polynesian artwork, which is well-known for its frequently abstract patterns comprising forms in broad lines of black.

This form of body art was typically based on individual personality and curved outside the natural shape of the human body. The tattoo artist used tribal imagery and symbolism to portray a life story and other elements. Polynesian tattoos frequently represented a person’s ancestry, beliefs, or associations. 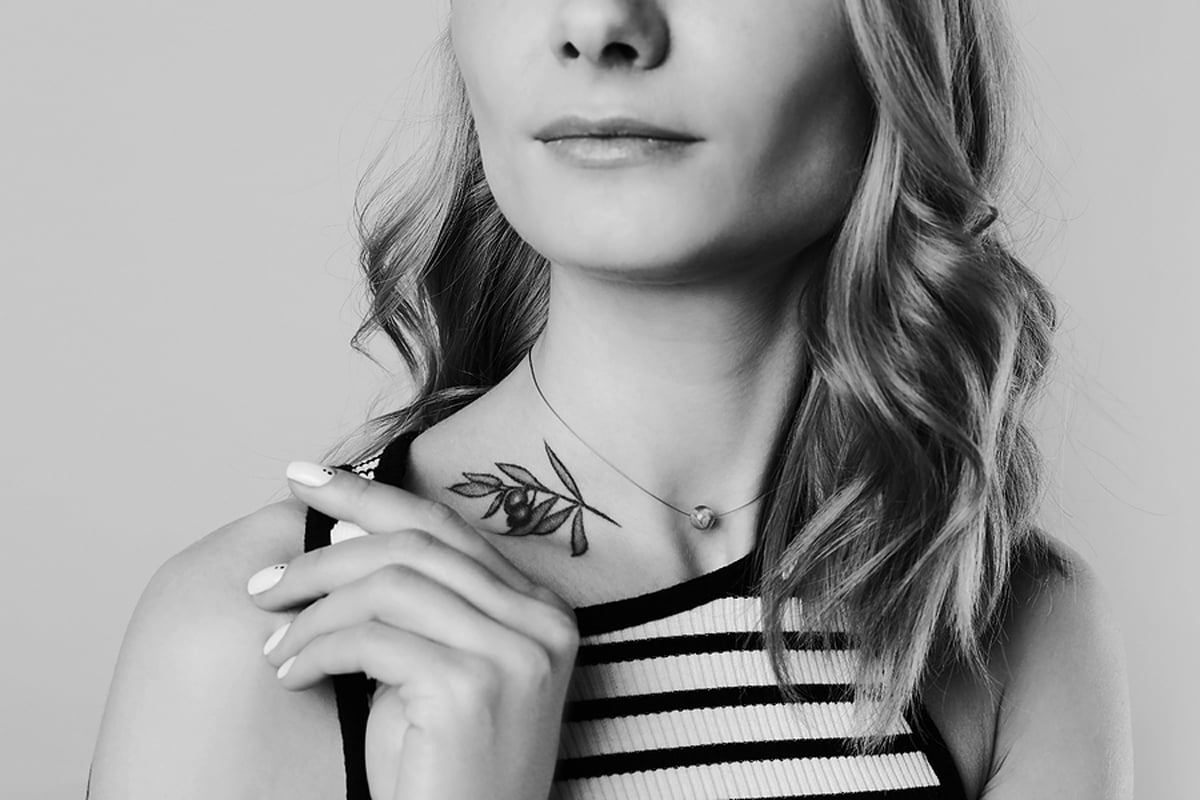 They were immensely devoted to nature and fiercely protective. Polynesian tattoo artists were revered as having a mystical understanding of tattooing rites, much like priests or other religious leaders. The Blackwork tattoo designs of today was greatly impacted by these ancient constituents of culture, and many tattoo artists who use the tribal fashion still reference these antiquated aesthetics.

What is commonly thought of as Spanish Black work, is in truth beautiful needlework on fabric, serving as another source of inspiration for Black work tattooing. On white or linen with a light color, silk threads in black which are twisted were applied either using a stitch which is counted or freehand. The patterns ranged from flowers, like tangled depictions of petals and ivy, to more complicated compositions.

It is important to understand the various aspects of past artistic mechanisms and means that influence contemporary aesthetics, regardless of how much these arts appear to be disconnected from modern Black work tattooing.

For example, henna dates to the time between 1200 BC and 2100 BC. Despite the fact that this occurred thousands of years back in history, the use of henna, which is also called mehndi, can be easily linked to decorative tattoos and modern art, where the majority is regarded as a type of black work tattoo merely because they lack color. 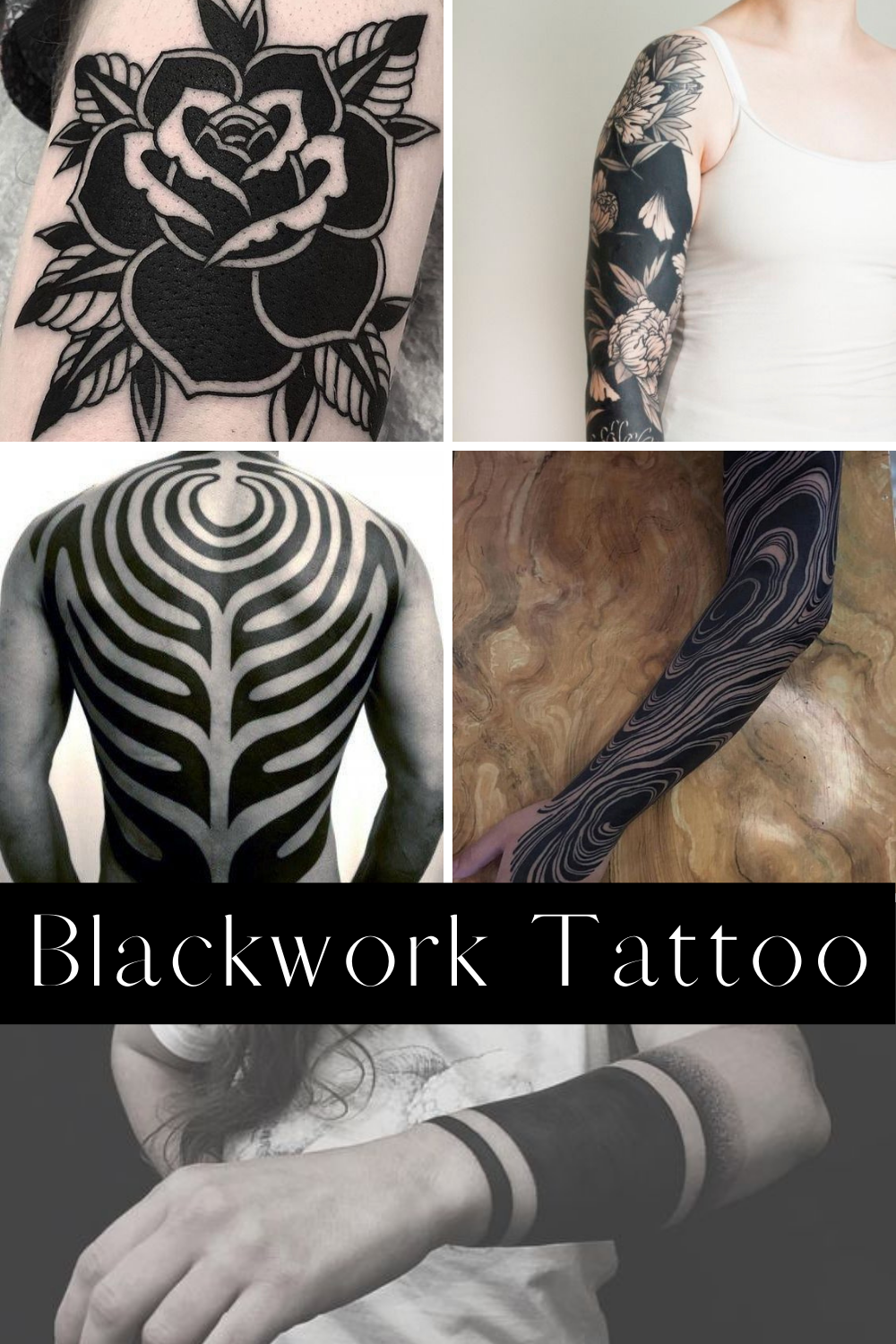 Artists who perform work with this style also lean toward tribal or primal motifs due to the Henna’s ancient origins. It ultimately comes down to aesthetic connection and self-expression.

Sacred geometry is another visual associated with esoteric arts and a very well-liked Black work tattoo design. Kepler’s Platonic Solid, mandalas, fractals, and other examples of these standards can be found in the old texts in Hindi as well as Plato’s theory that the entire natural world contains proper geometric features that the Creator has hidden within them.

Sacred tattoos featuring geometric designs, which frequently feature shapes, lines, and points and are inspired by sigil symbolism, Buddhist and Hindu, set divine proportions to everything.

The alternatives are endless given the wide range of visuals and individual techniques that Black work tattooing incorporates in its overall fashion.

This particular method of blackwork tattoo inking is flexible enough to accommodate any design or concept because of the simplicity of design clarity, the manner in which black ink lifts up on any skin tone, and the fact that it works exceptionally well even over time.

Black work is demonstrably tried and tested since it incorporates ancient processes.