Inside: Types of Decorative Tattoos.

What is a Decorative Tattoo?

Decorative tattoos simply allow you to decorate your body, without thinking about the deep meaning of the image. Ancient peoples used such decorations This type of tattoo is popular, especially among girls. 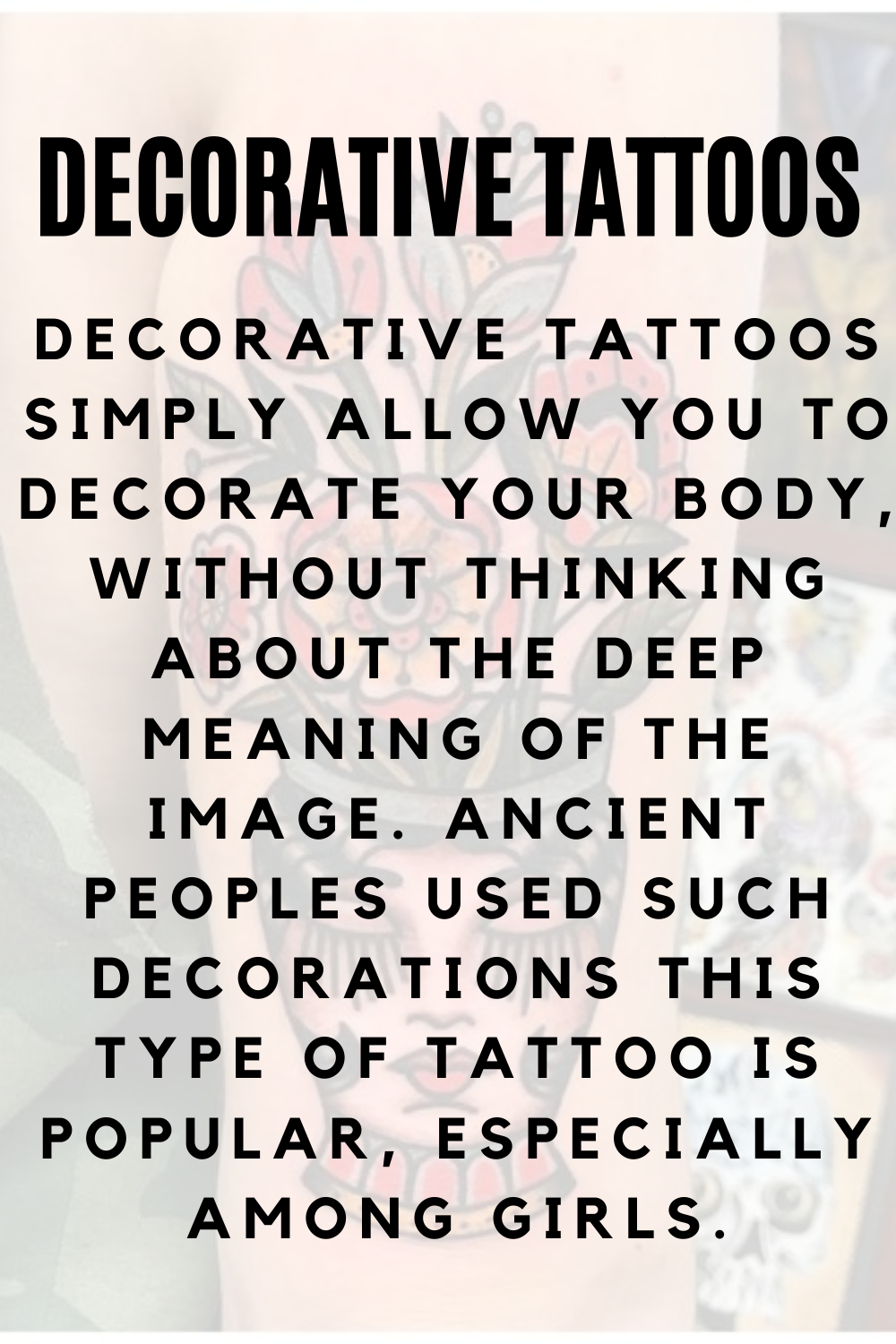 They can be issued in the form of bracelets, necklaces, pendants, or leave the image itself, as it is. Especially juicy look such decorations on the intimate places. Men are not far behind in the desire to adorn themselves. Their tattoos usually differ in their size and image themes.

Classic Americana: These may be the first kind of tattoo you think of, an old-school style defined by bold outlines and the use of similar colors and imagery. They’re closely tied to the ocean and nautical imagery, pinup female figures, fierce predatory animals, or combinations of hearts, roses, and daggers.

Biomechanical: Typically freehanded, Biomechanical tattoos adapt to the unique flow of a person’s body, meant to mimic machinery that could be hidden within the skin.

Mandala: Mandala is the Sanskrit word for “circle”, and as a tattoo, is composed of shapes and symbols that radiate from the center outwards in a circular pattern. Like a circle, a mandala is meant to reflect balance, eternity, and perfection. … Buddhists also reserve a special place for mandalas in their meditation and rituals.

Ambigram Tattoo: Have you ever seen a word and read the same word upside down? This is one form of an ambigram. An ambigram (from Latin: ambi both + gram = letter) is a word or words that can be read in more than one direction. Where the word reads the same when upside down or turn over to form an entirely new word.

Aztec Art: Aztec tattoos were first worn by the ancient Aztec people who inhabited parts of Central America and Mexico. Their tattoos were applied as a part of rituals. Meant to honor a chosen god. The art on their bodies was also used to differentiate between tribes and display a warrior’s prowess. 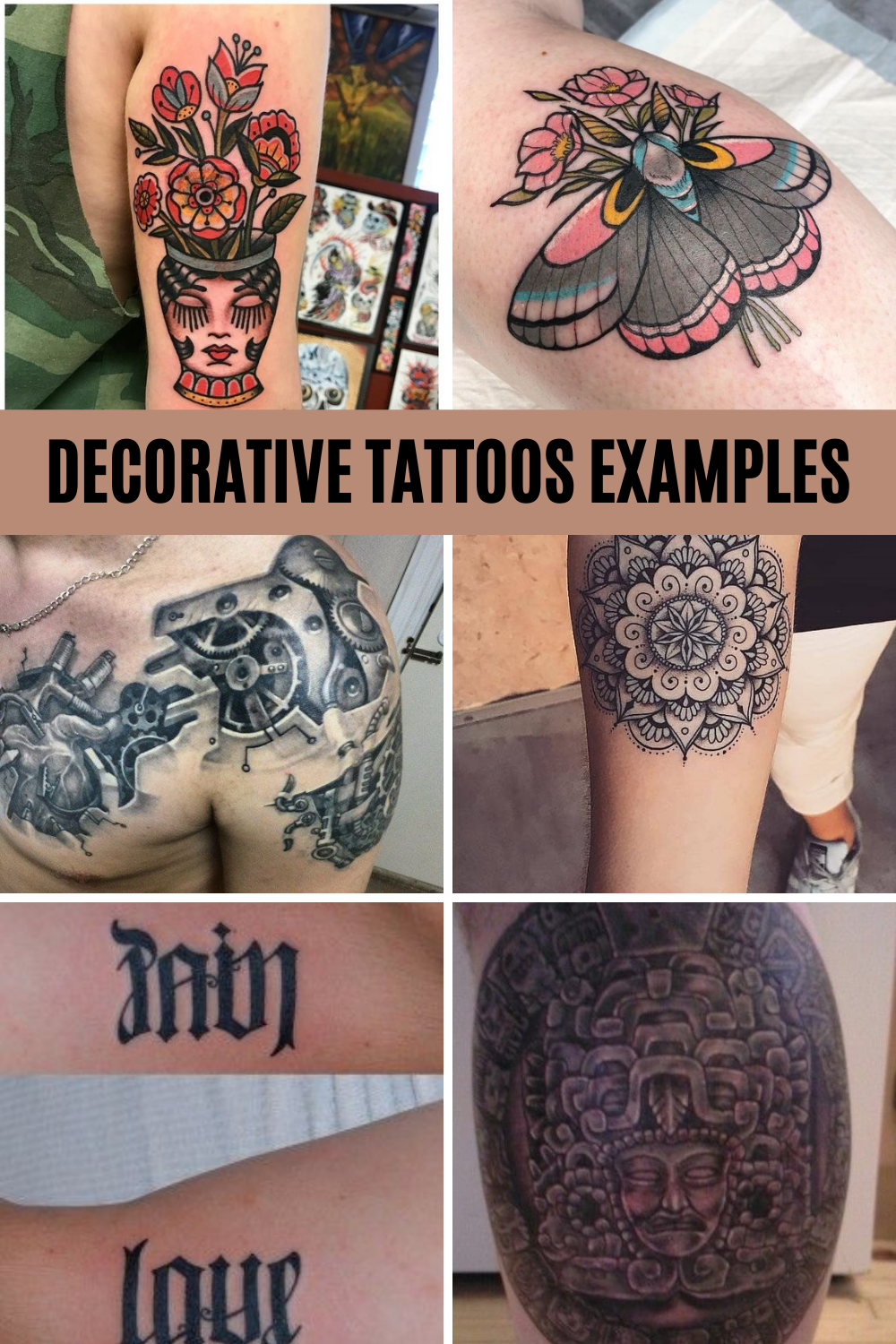