What is a Tattoo Needle? 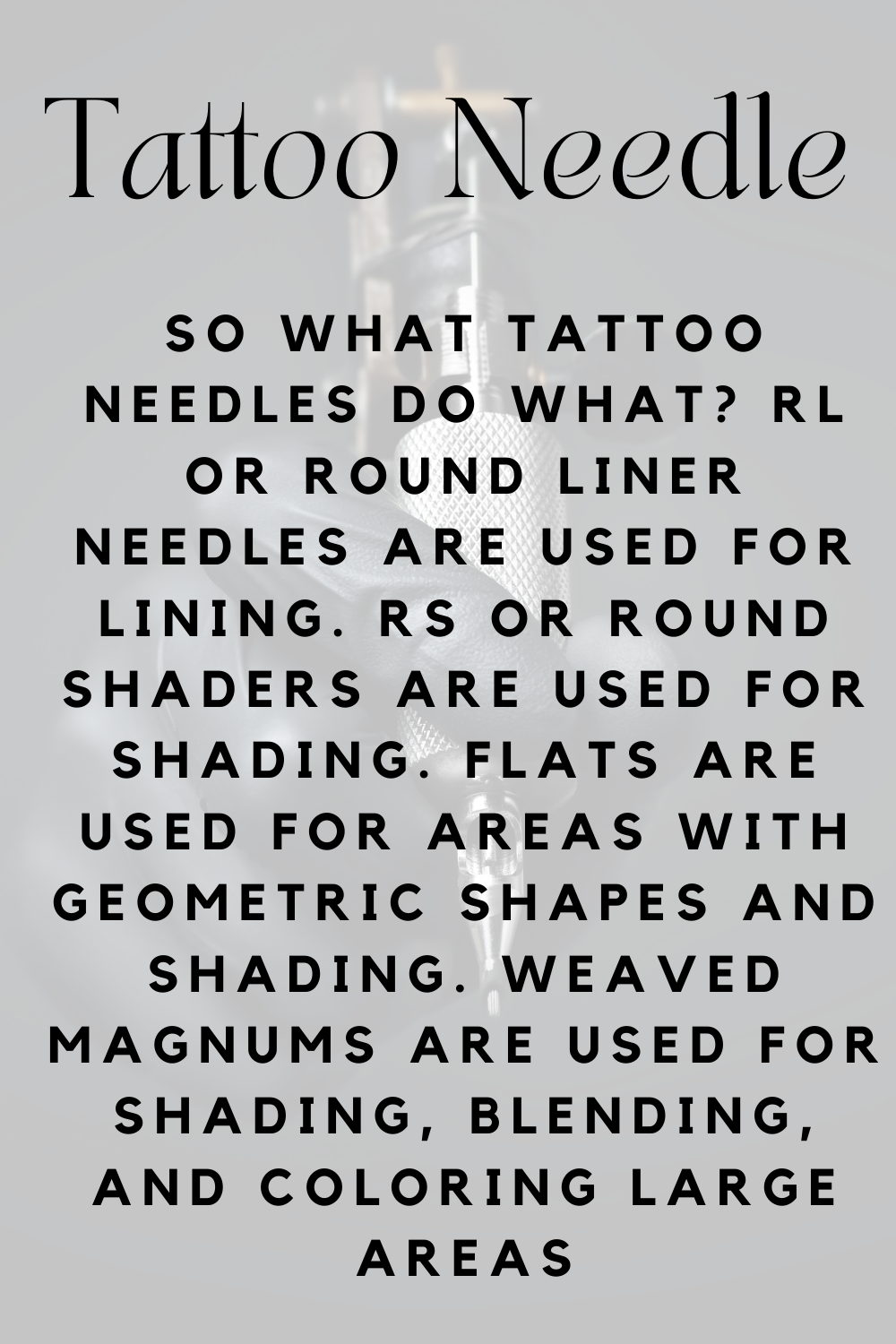 All these needles fall into six basic groupings of tattoo needles: Round Liners, Round Shaders, Magnum Shaders, Curved Magnum Shaders, Flat Shaders and Double Stacks. Below we go into more detail on each type.

The pins on round liner needles are soldered in a round pattern to produce crisp, clean lining tattoo work. The thickness of the line will depend on the number of round liner you choose (e.g. 01 very fine, 14 very thick) as well as the thickness/gauge of each pin (see Tattoo Needle Sizes below). Lining needles once dipped in your ink, will let only small amounts of ink out to then be worked into the skin. If too much ink was let out, the lining would be quite a task! 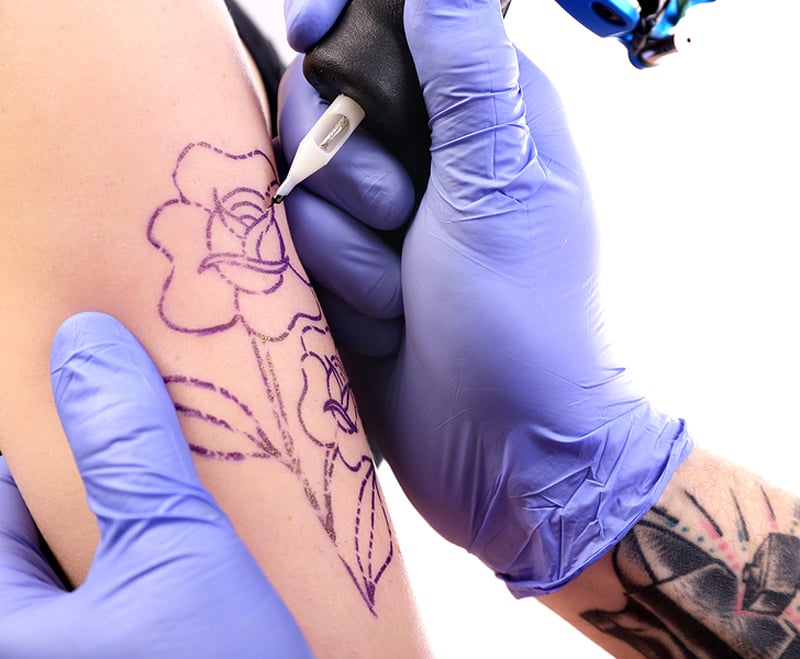 Round shaders are very similar to round liners except the pins are not placed as close together. Meaning, for as well as doing thicker lines, they can also be used for colour filling and basic shading. 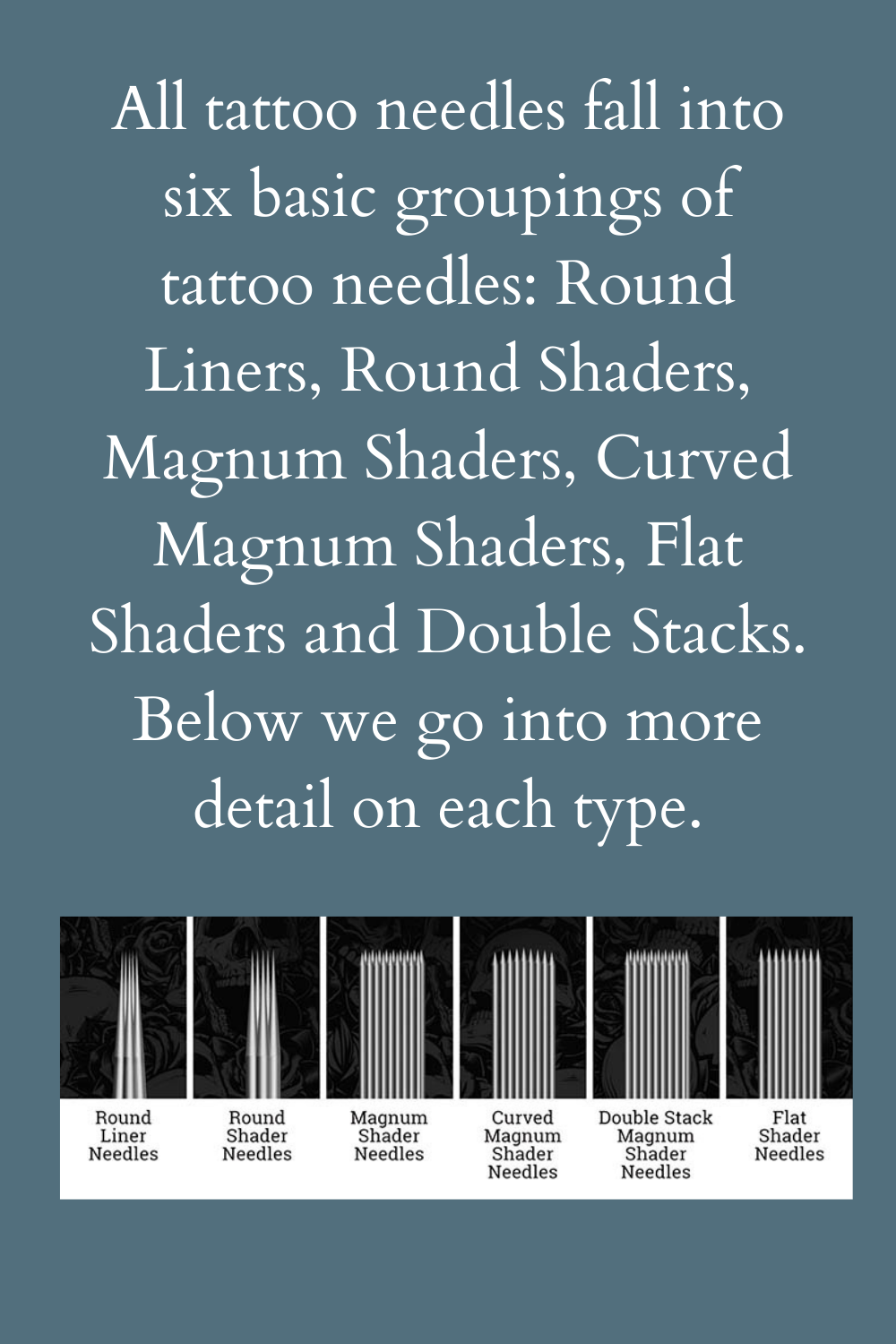 Magnum shaders are the preferred grouping or needle type for pretty much all shading work. Magnums hold and deliver a lot of ink, making them perfect for large areas of colour packing and shading. Less passes are required over an area to work the ink in meaning less trauma to the skin. There are a few different variations of magnum needles. See below.

Curved magnum shaders – also known as soft magnums, soft edge magnums and round magnums – are used in the same way except the pins are arranged so they arch at the centre. Meaning the edges of the needle run along the skin with more conformity, allowing for better dispersal of ink and a more consistent line. It’s also less damaging to the skin and helps with soft shading.

Not as current as they maybe once were. The pins on double-stack magnums, or double stacks, are packed much more tightly together. This helps for any intricate shading or colourwork where you still want it to perform as a magnum with many pins but not as spread out.