Magnum needles are the go-to for almost all shading work. These sets have a longer taper that’s either the same or greater than the taper found on round shaders. Magnums deliver a lot of ink, making them ideal for large areas of color.

Because they allow so much ink through, you’ll need fewer passes over an area using magnum needles, which means they’ll do less damage to the skin during multiple passes. 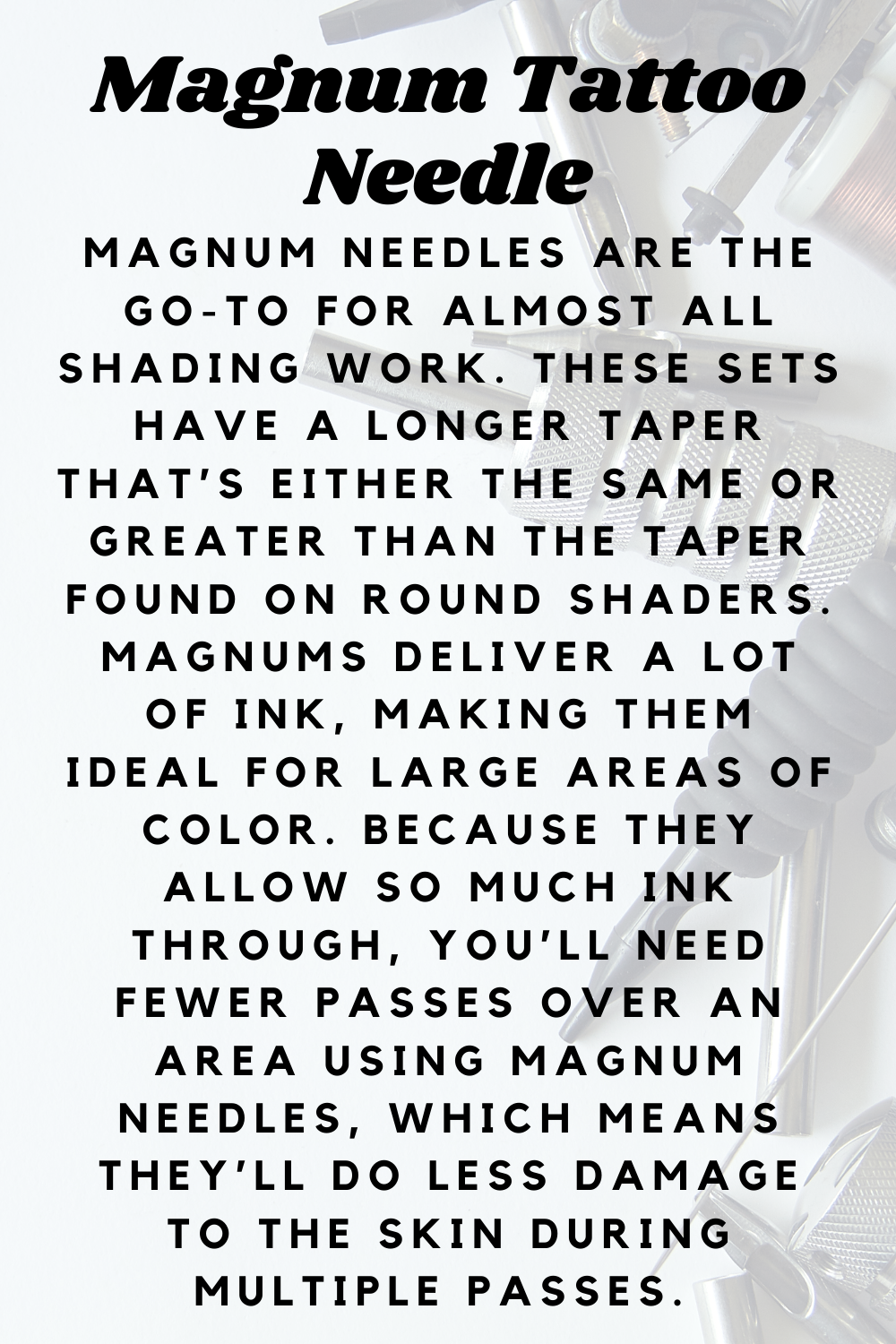 What is a magnum tattoo needle used for?

For tattoos that require a lot of shading and coloring over larger areas, magnum needles are used. Magnums are made up of two rows of needles, totaling to 7-11 points on average. There are different variations of magnum tattooing needles that have different purposes.

Stacked Magnum Needles: Stacked magnums have two rows of needles on both sides of the bar, but these needles are positioned much more closely together.

Round Magnums / Curved Magnums: Round magnums (also called curved magnums) are a fairly new version of the magnum needle. Round (or rounded, both terms are correct) magnums are arranged so that the tips arch at the center. The concept is that this rounded edge conforms better to the skin, giving a more consistent line, better ink dispersion, and doing less skin damage. 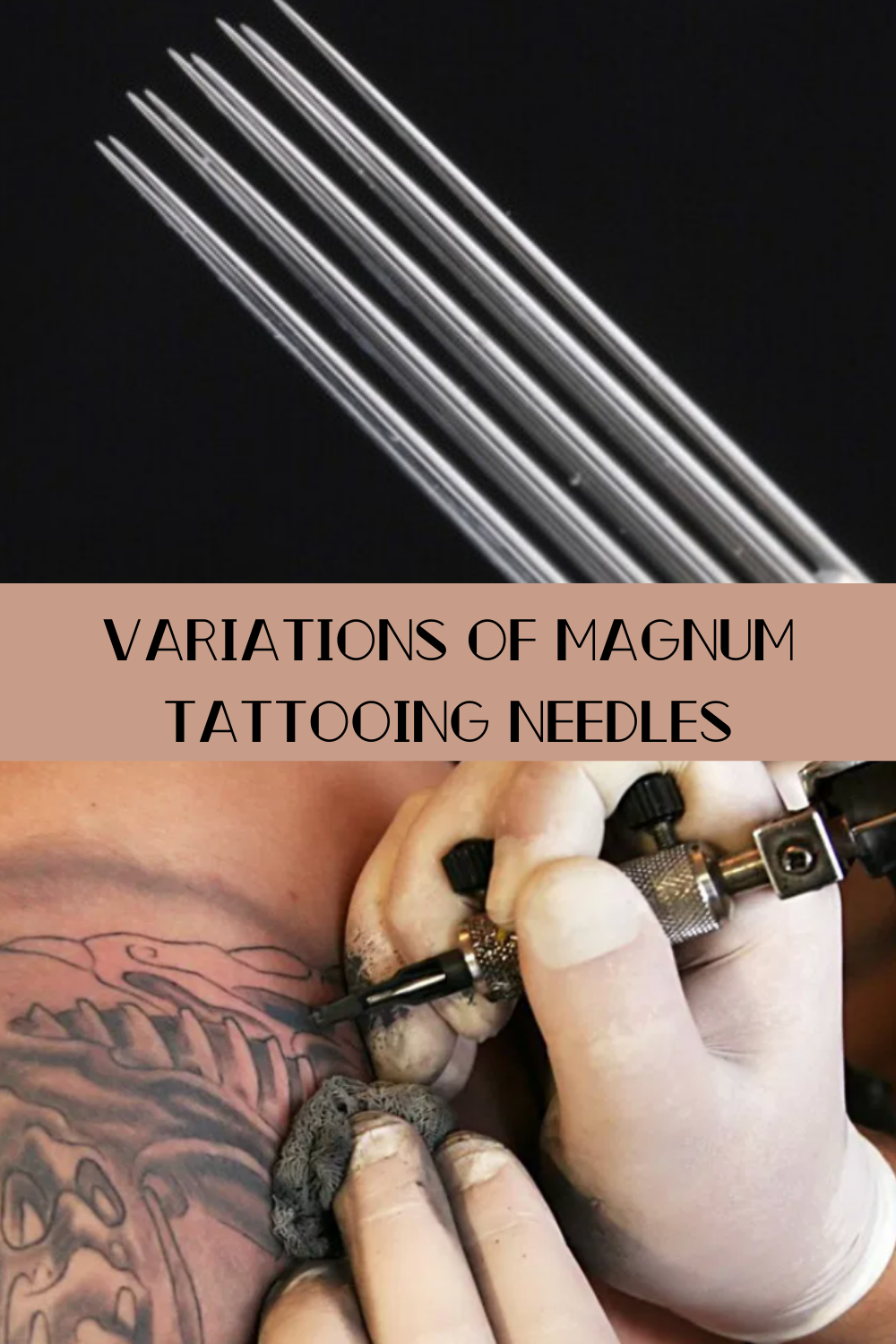