Tattoos vary diversely in styles and depictions. From extensively shaded ones to black and white designs, from symbols of purity to the dark arts, there is almost everything available in the market. With the rate at which tattoos are growing in popularity, it comes as no surprise that variations emerge in the industry on a regular basis.

One such element is dark art tattoos, which are preferred choices among many tattoo enthusiasts. 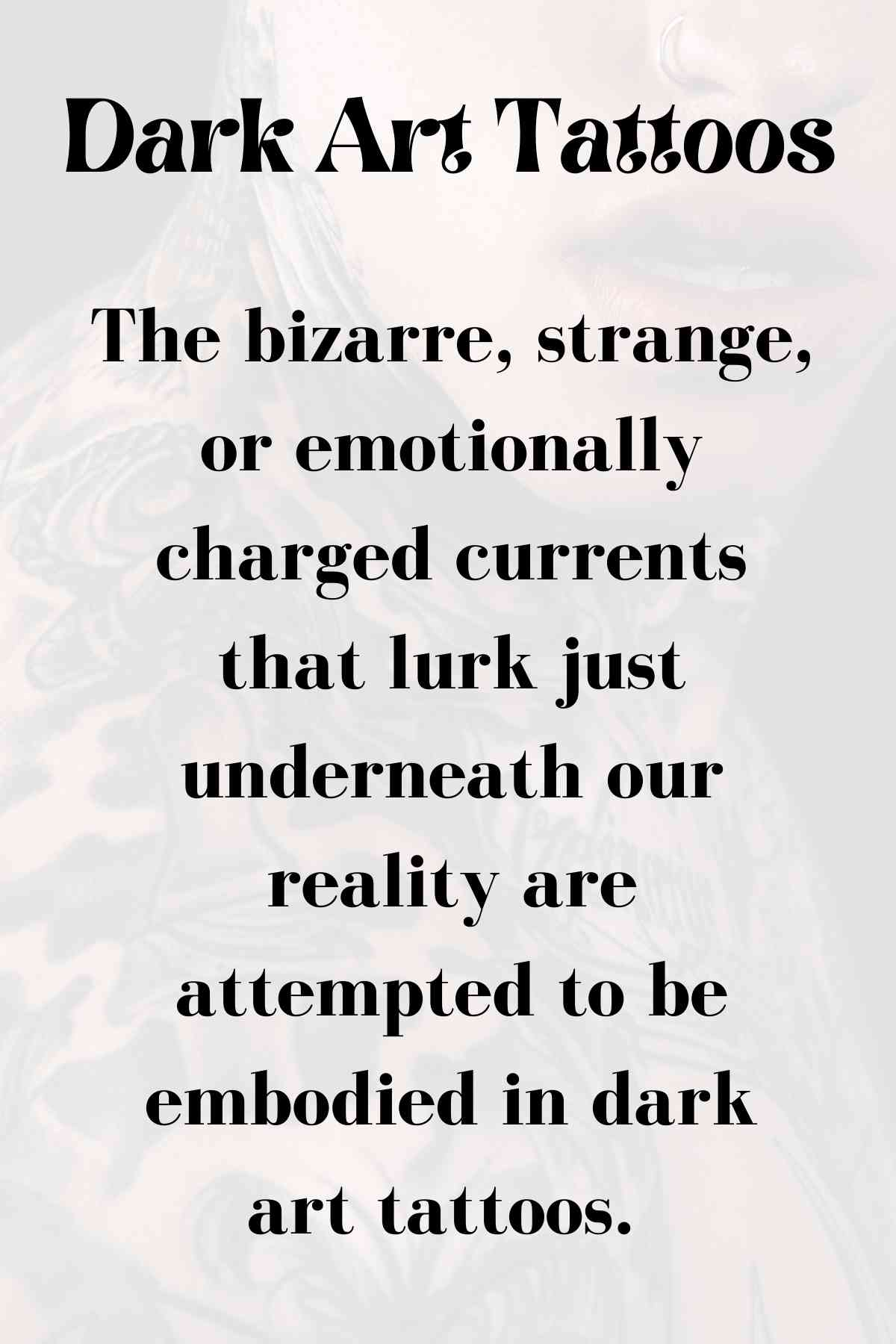 In the tattoo community, dark art tattoos have developed into a significant aesthetic and fashion. They address the darker forces at play in the world and in ourselves and frequently depict the odd, fantastical, and emotional currents that run beneath our everyday existence.

What Are Dark Art Tattoos?

The bizarre, strange, or emotionally charged currents that lurk just underneath our reality are attempted to be embodied in dark art tattoos. The darker aspects of life or the darker forces that exist both within us and throughout society are illuminated by them.

Although they can be done in color, dark art tattoos are typically done in colors of black and gray. This is appropriate for this style since it contributes to the creation of a beautifully dark tattoo that accurately captures the state of mind or message of the person who had the tattoo.

Art methods, such as high contrast and bizarre composition, also aid to generate a gloomy or evil mood for that tattoo.

Dark art tattoos have its roots in ancient tribal tattoos, which are mainly of Polynesian origin. They were renowned for their abstract designs, which covered enormous regions of skin in forms and swirls and were only done in black ink.

They are intended to depict the person’s journey or stand in for an essential aspect of their life.

These blackwork tattoos were highly revered in ancient Nature and thought to be protective as well.

As with shamans or priests who used their expertise to benefit others, tattoo artists were revered on an equal footing. 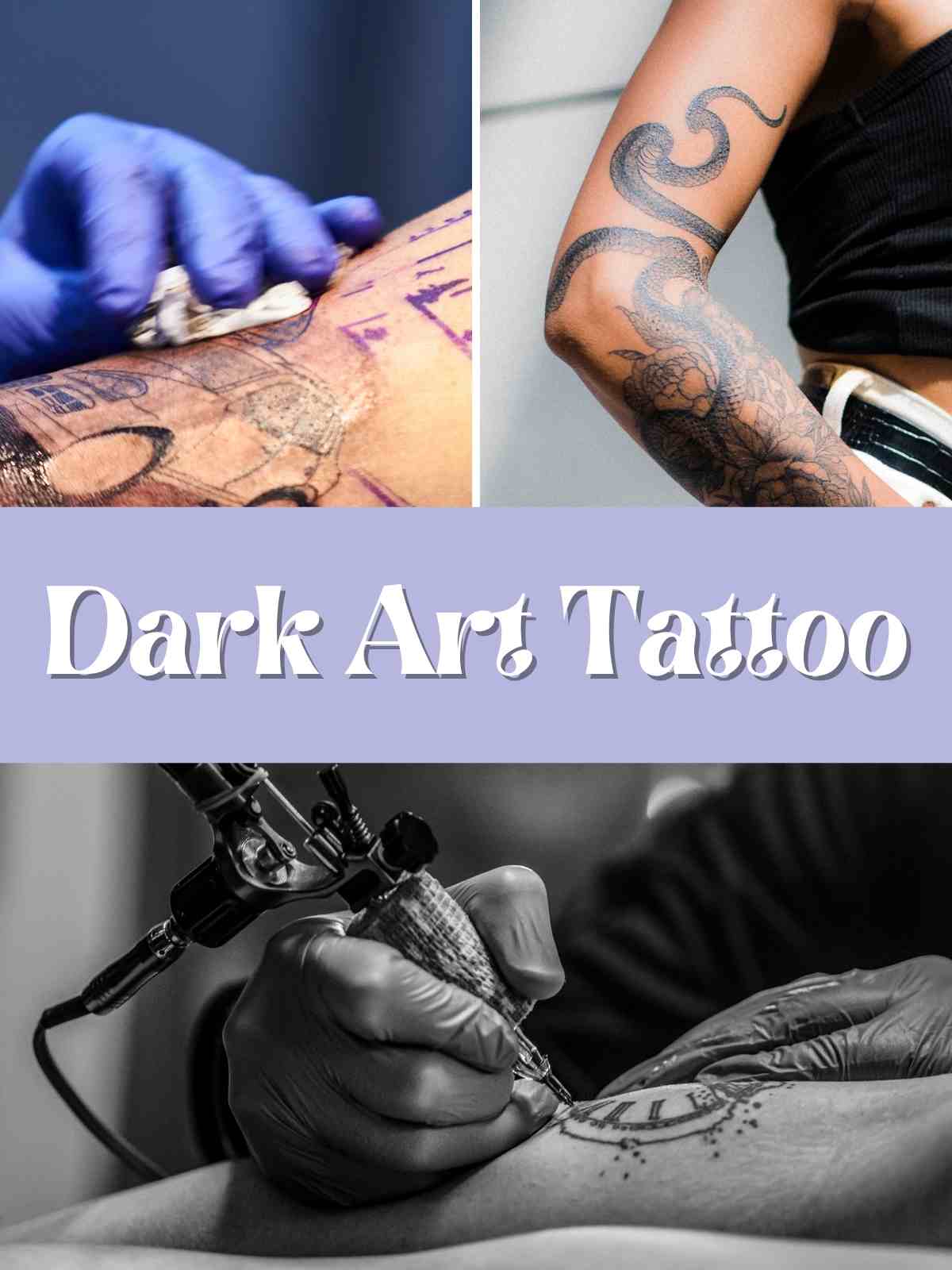 Blackwork tattoos use old elements, which are adapted to modern life in dark art tattoos. Some still use the big patterns and angular features present in their more ancient cousins. The modern style frequently incorporates additional components.

Swirls and abstract shapes are frequently drawn on, along with geometric patterns or what appear to be random negative space elements. Some people have a stronger preference for connecting their bodies and souls through symbols. This might take the form of tarot card symbols or animals that stand in for a certain aspect of their lives.

Blackworkers, or tattoo artists who solely use black ink to make their works, are common among those who work in the dark art tattoo genre. Given that darker tattoos have blacker ink, this is the appropriate course of action. Many of them will also rely on antiquated art techniques like engraving and etching, employing line work to reproduce exceptional line quality that evokes an antiquated, dusty feeling.

Esoterica and primitive design elements have both been used in dark art tattoos.

There will be evidence of things like alchemical symbolism, sigils, and other antiquated items. This might be because of the aura of mysticism they give a tattoo.

Skeletons and skulls, notes of death that are dotted amid the artistic conception of whatever evil power you believe matches your inner demons, are of course other prevalent elements of dark art tattoos. Maybe that’s what it’s all about in the end, artfully fusing the inner and outward worlds. 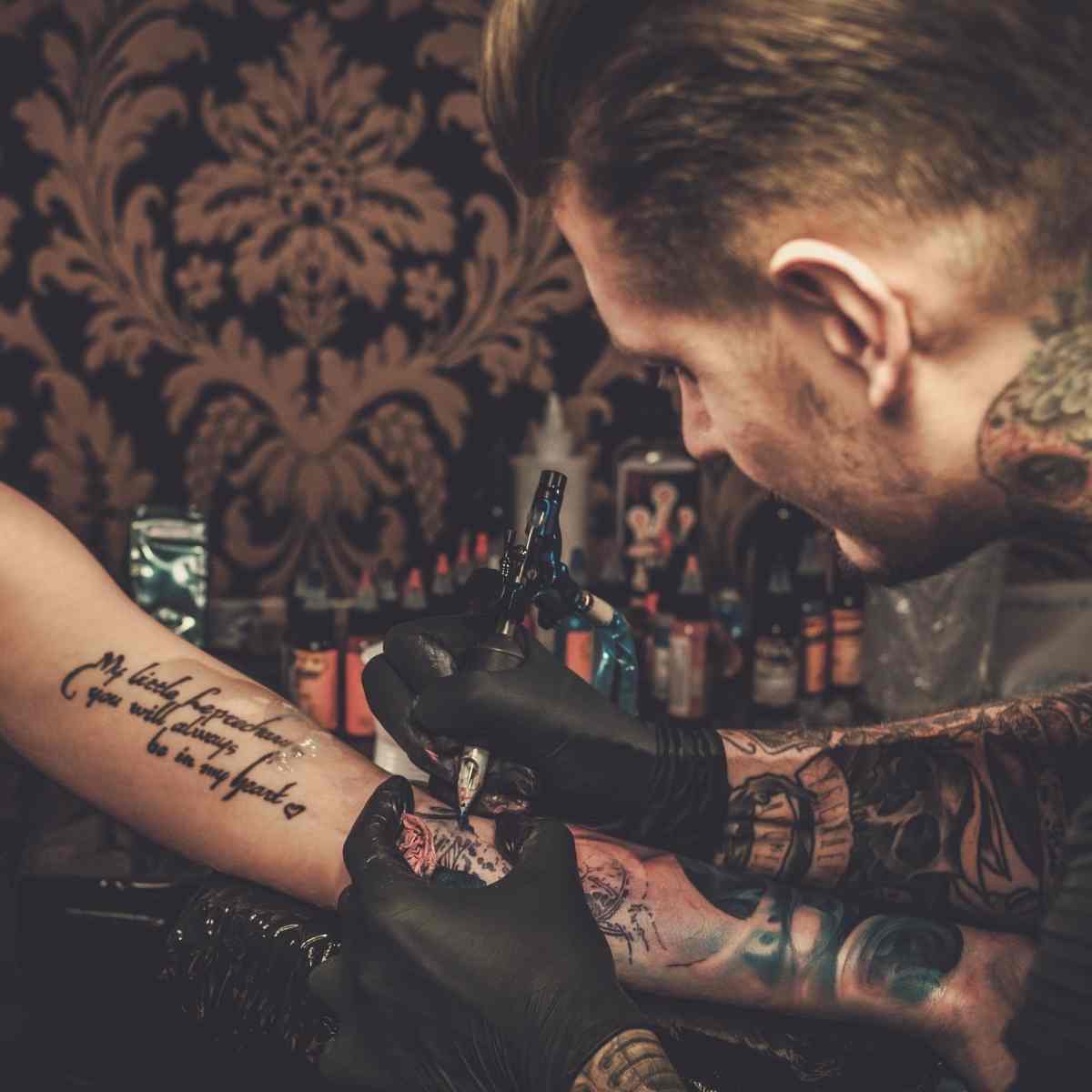 Dark art tattoos tend to share a few similar themes. Primitive designs are sometimes used to give something a vintage feel. By including sigils and alchemical symbolism in your tattoo, you can enhance its mystic atmosphere. Skulls and other remains are often used to make death-related notes. It’s important to try to reflect any inner demons you may be experiencing on the outside rather than keeping them hidden inside.

Dark art tattoos carry a lot of meaning and history. They are increasingly being preferred by enthusiasts due to the nature of visuals that fall under this umbrella. It’s not always a representation of evil that a person embodies. It can be for communicating something specific, or serve as a reminder for people to refrain themselves from the dark forces that are lurking around us.

With dark art tattoos, individuals can achieve numerous purposes but whatever they might be, this body art is fascinating in its own right.