Home » Dictionary » What is a Unalome Tattoo?
Dictionary, Tattoos For Women

What is the meaning of a Unalome tattoo?

The unalome symbol represents the path to enlightenment in the Buddhist culture. The spirals are meant to symbolize the twists and turns in life, and the straight lines the moment one reaches enlightenment or peace and harmony.

The dots at the end of the symbol represent death, or the moment we fade to nothing.

There are multiple designs for unalome tattoos, or you can create your own and add your own elements, such as the lotus flower to represent new beginnings. 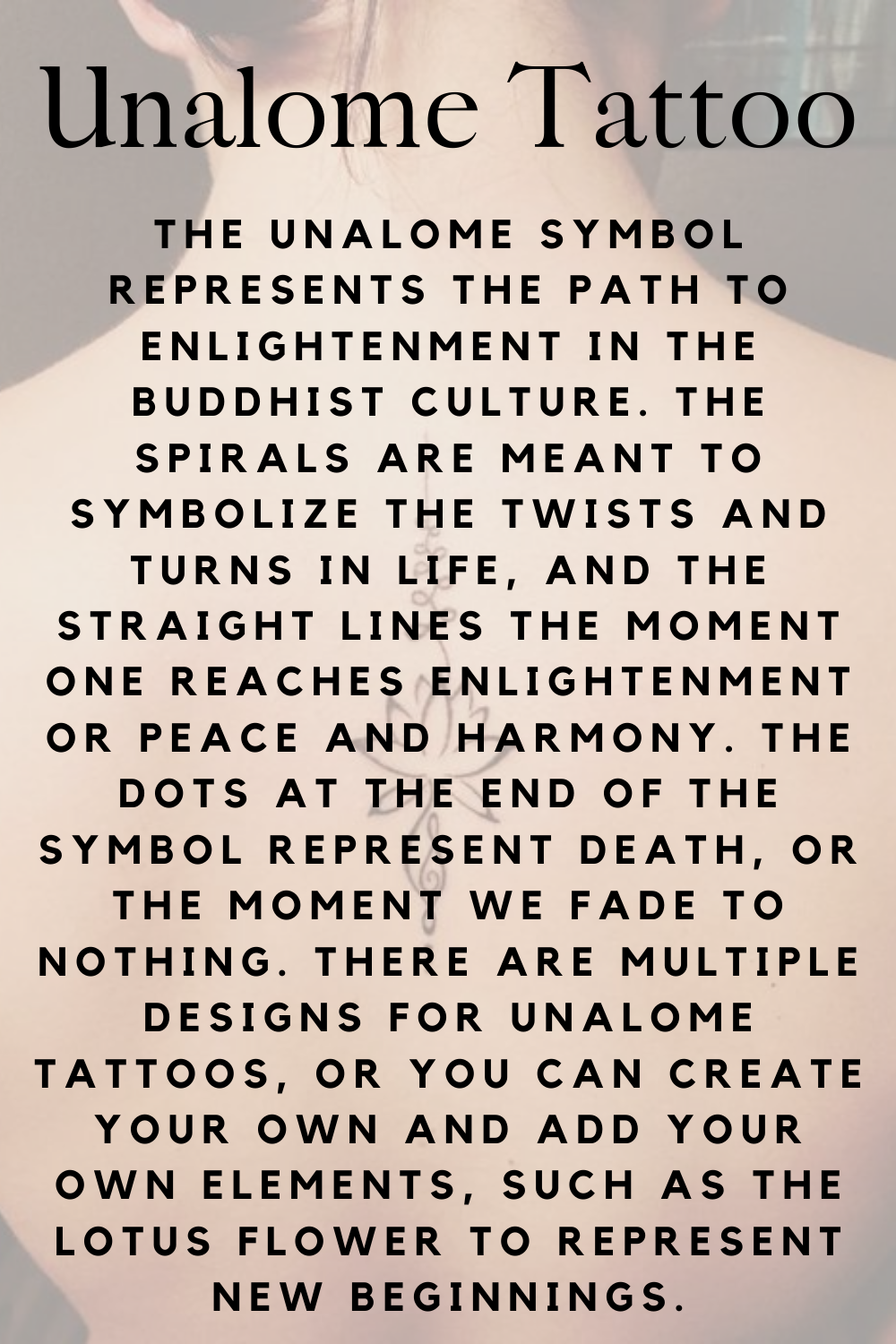 What does a Unalome Lotus mean?

The Unalome is originally a hindu symbol that graphically recalls Shiva´s third eye and it represents wisdom and the path to perfection.
The lotus flower symbolizes overcoming adversities towards perfection, thus perfectly integrating the meaning of the Unalome.

Traditional cultural symbols, like the Unalome or Om are from Buddhist and Hindu religions, respectively. … Frivolous wearing of the symbol or printing it all over is considered by some, very disrespectful.

Buddha and Lotus (or Padma) tattoos from Buddhism are gaining popularity with the world’s new yogis.

Is there a male and female Unalome?

Aside from their primary meaning, Unalomes embody a number of other spiritual properties. They can be symbolic of feminine and masculine energy depending on which direction their spirals are facing, left for female and right for male.

Can anyone get a Unalome tattoo?

Lotus flowers are very common tattoos, and unalome tattoos are becoming more and more common too because people like the aesthetics of them. You’re probably safe getting either – but like all tattoos, everyone is going to have their own opinion about them, so tread carefully. 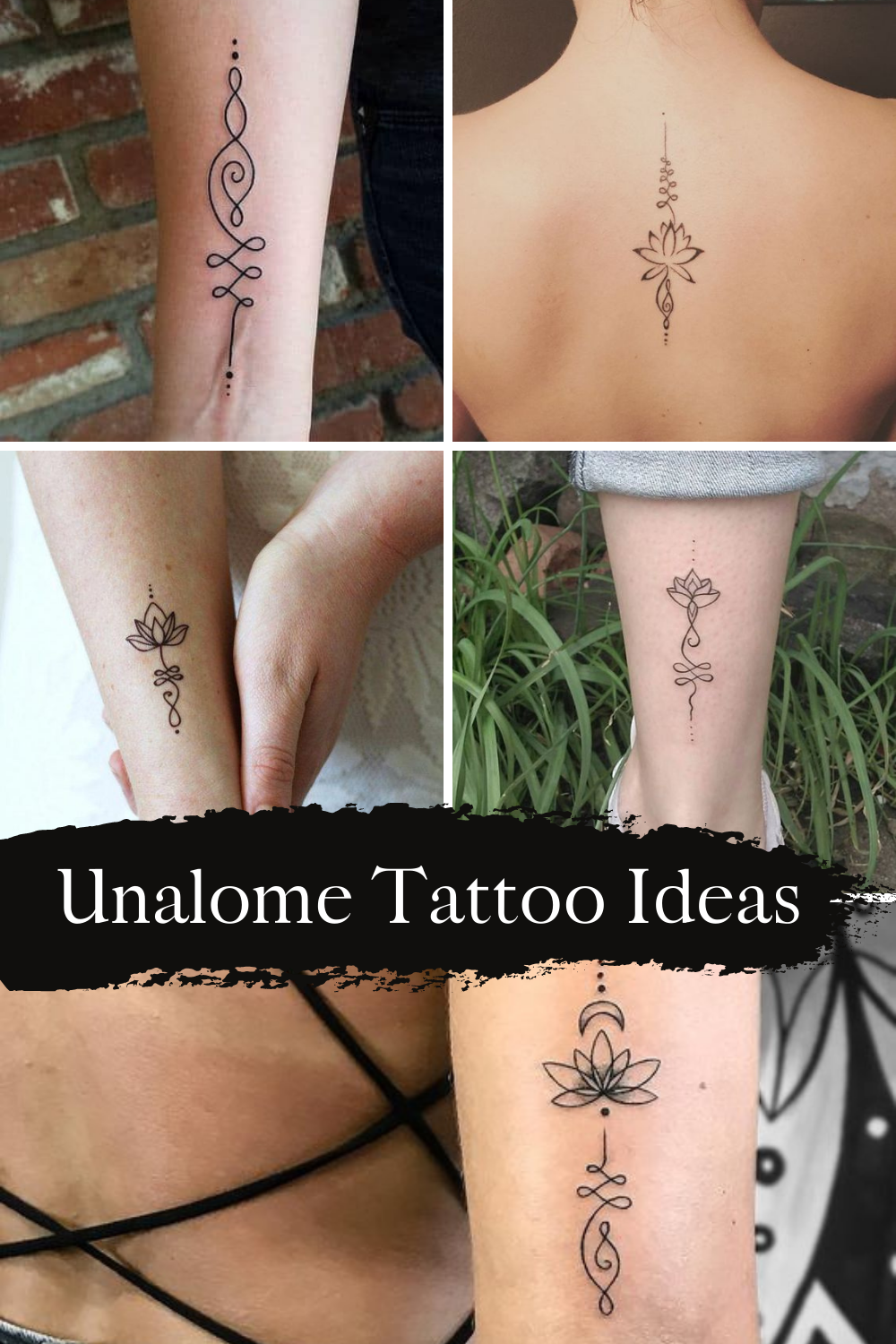