American flag tattoos are very specific tattoo designs, which obviously only hold appeal to those who live in the US. They symbolize patriotism and represent one’s love and passion for the country. They are usually on full display, inked in body parts easily seen by everyone.

American flag tattoos are also used to honor a lost loved one instead of a cross or angel tattoo, regardless of whether or not they served in the military when they were still alive. It shows that the person who passed away was dedicated to the country and kept American ideals close to his or her heart until the very end. 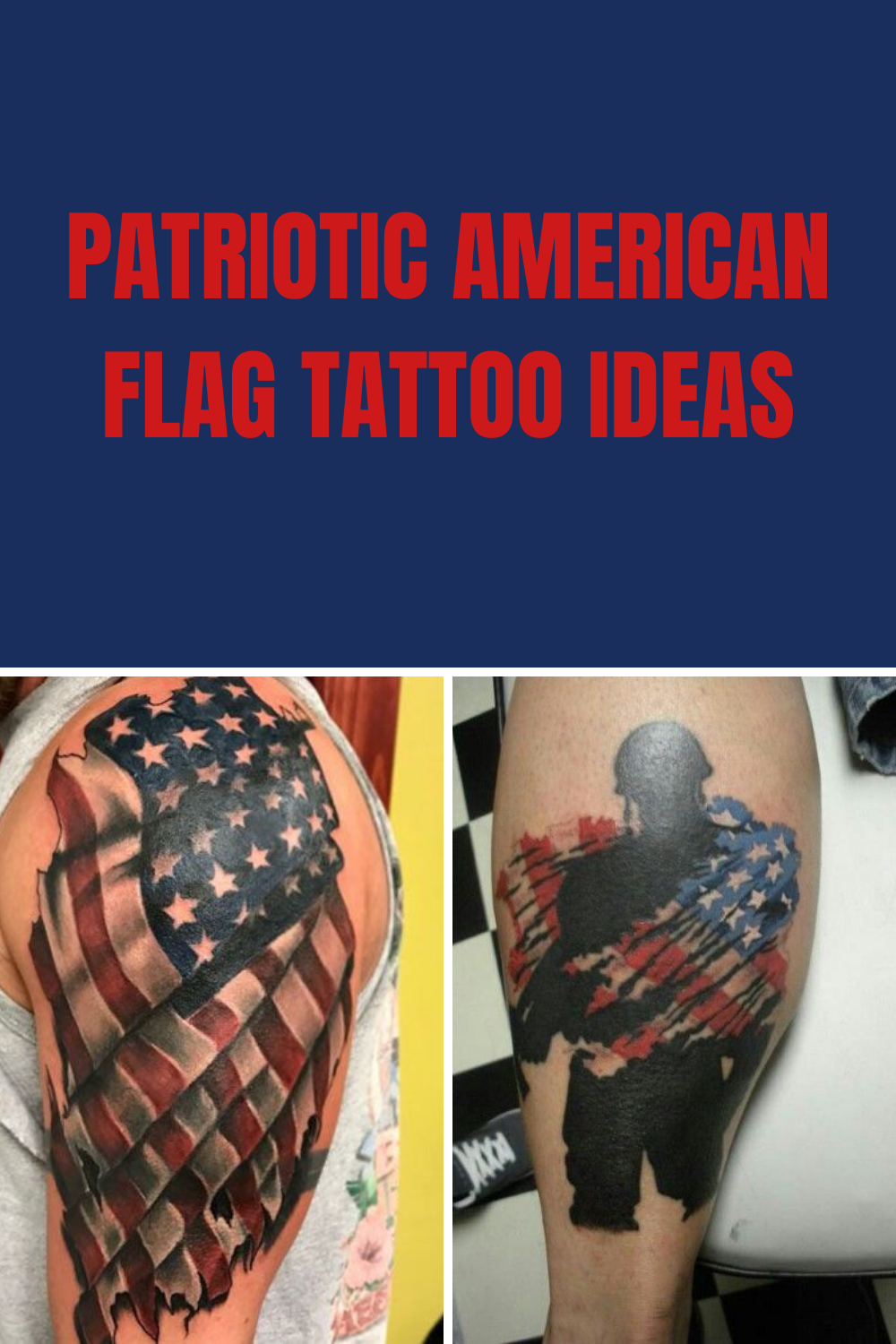 4. Flag Under the Skin 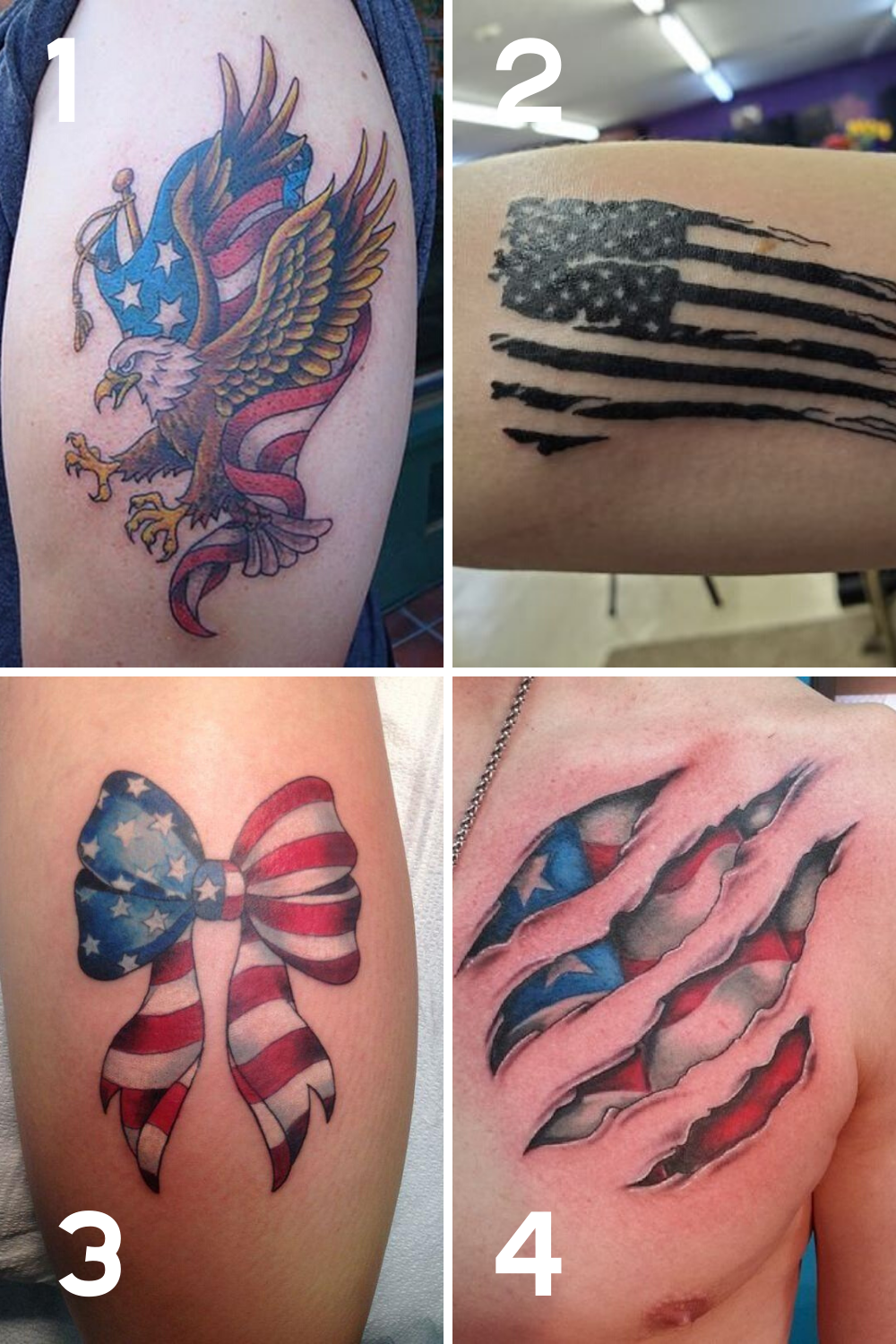 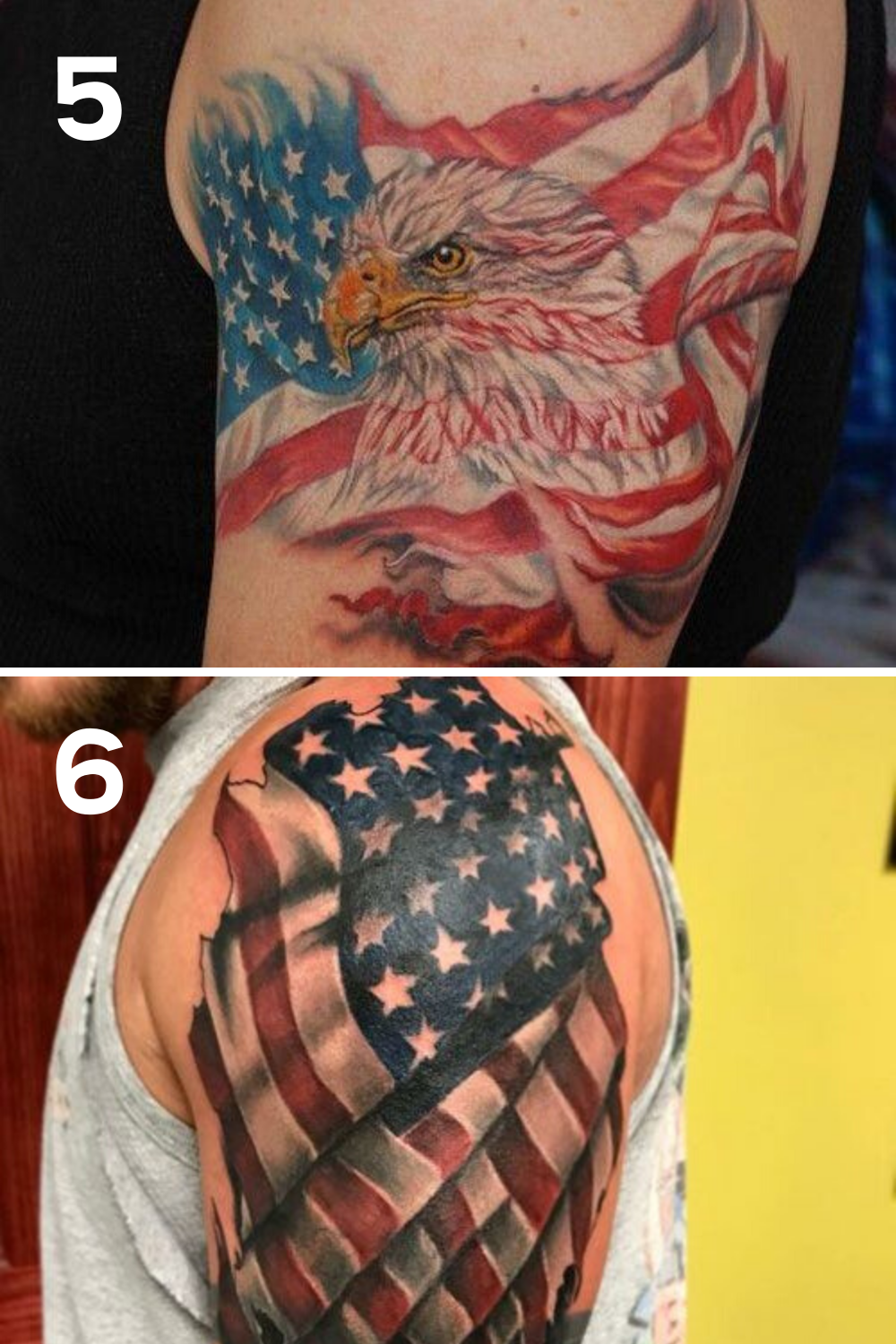 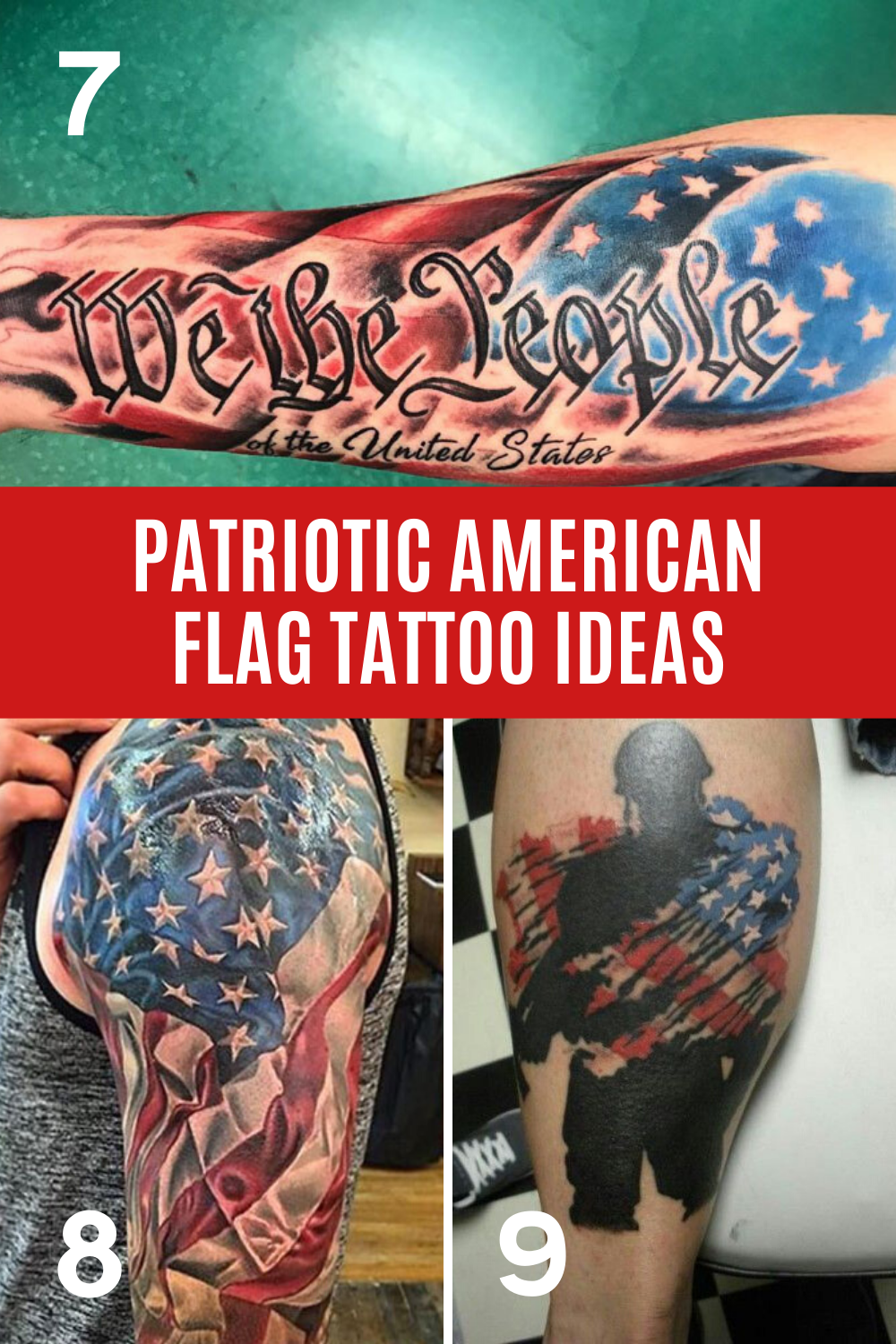 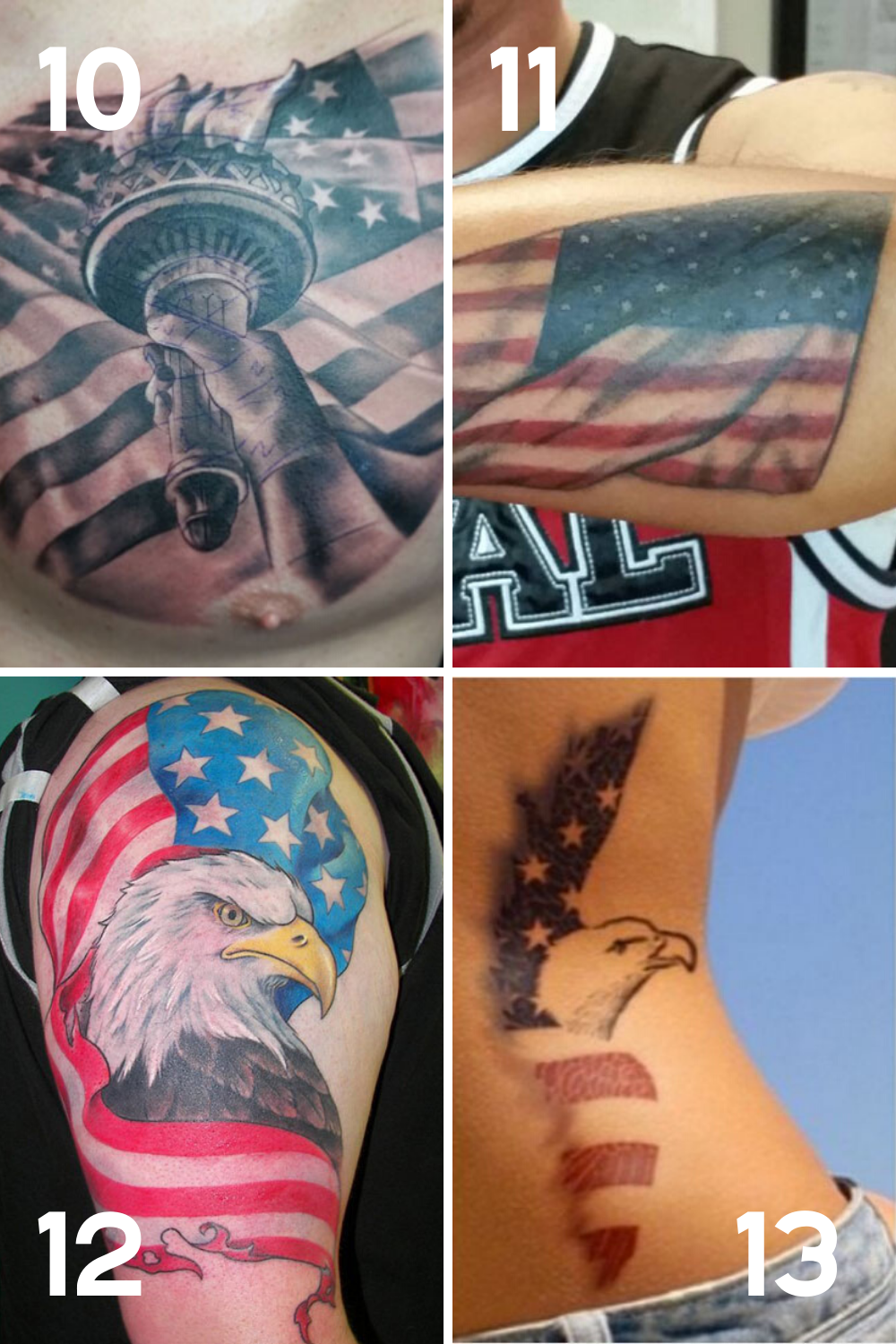 15. Proud to be an American 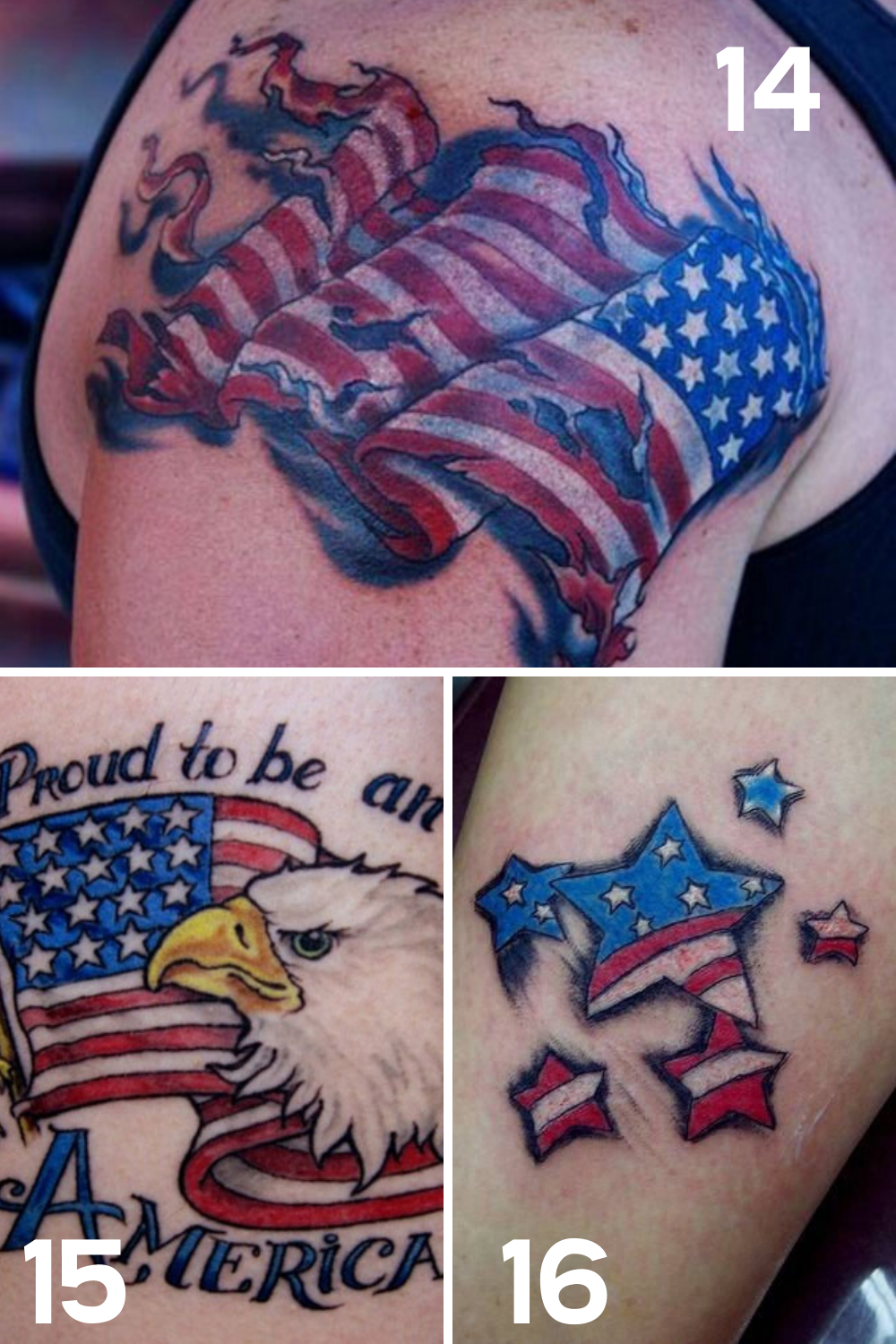 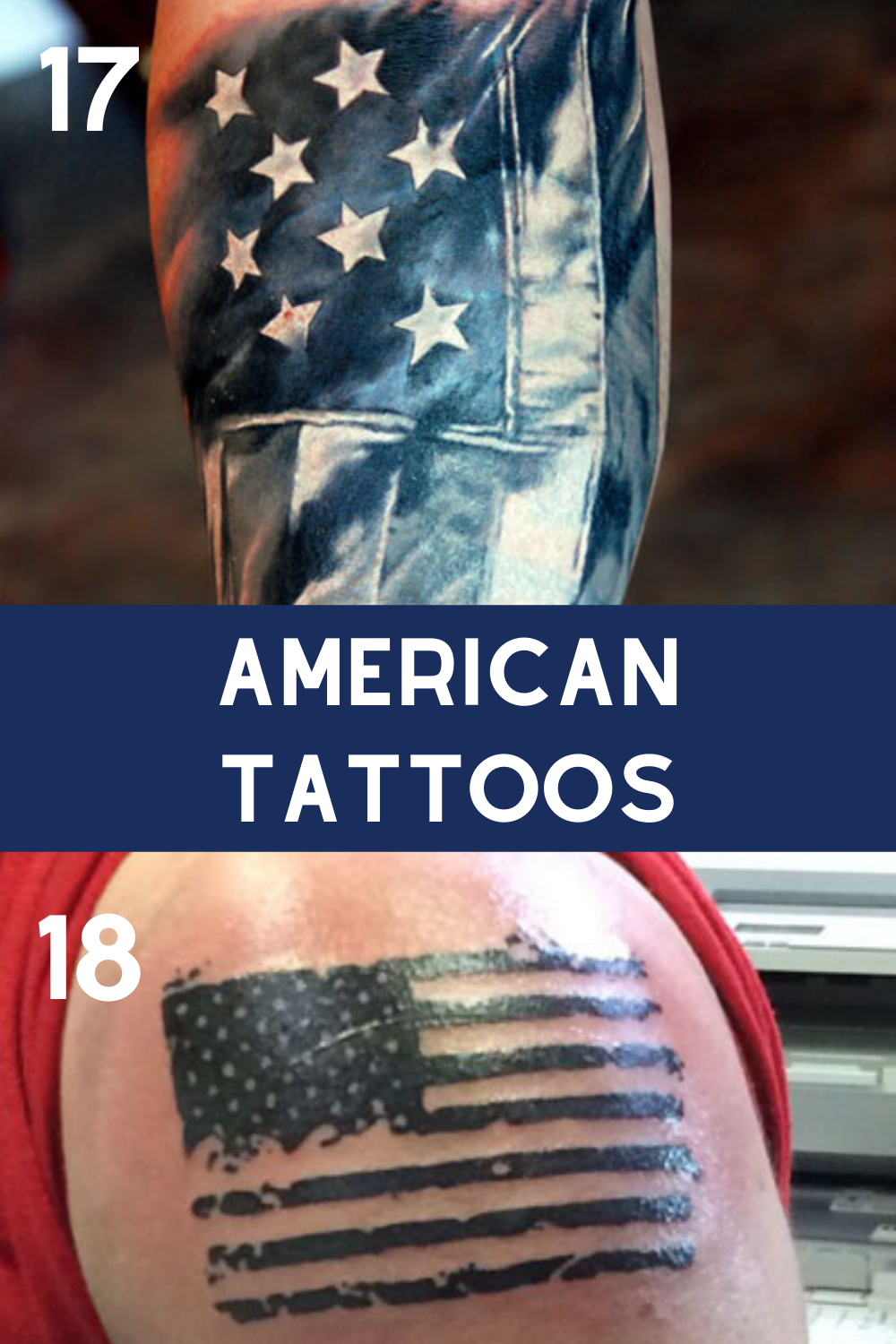 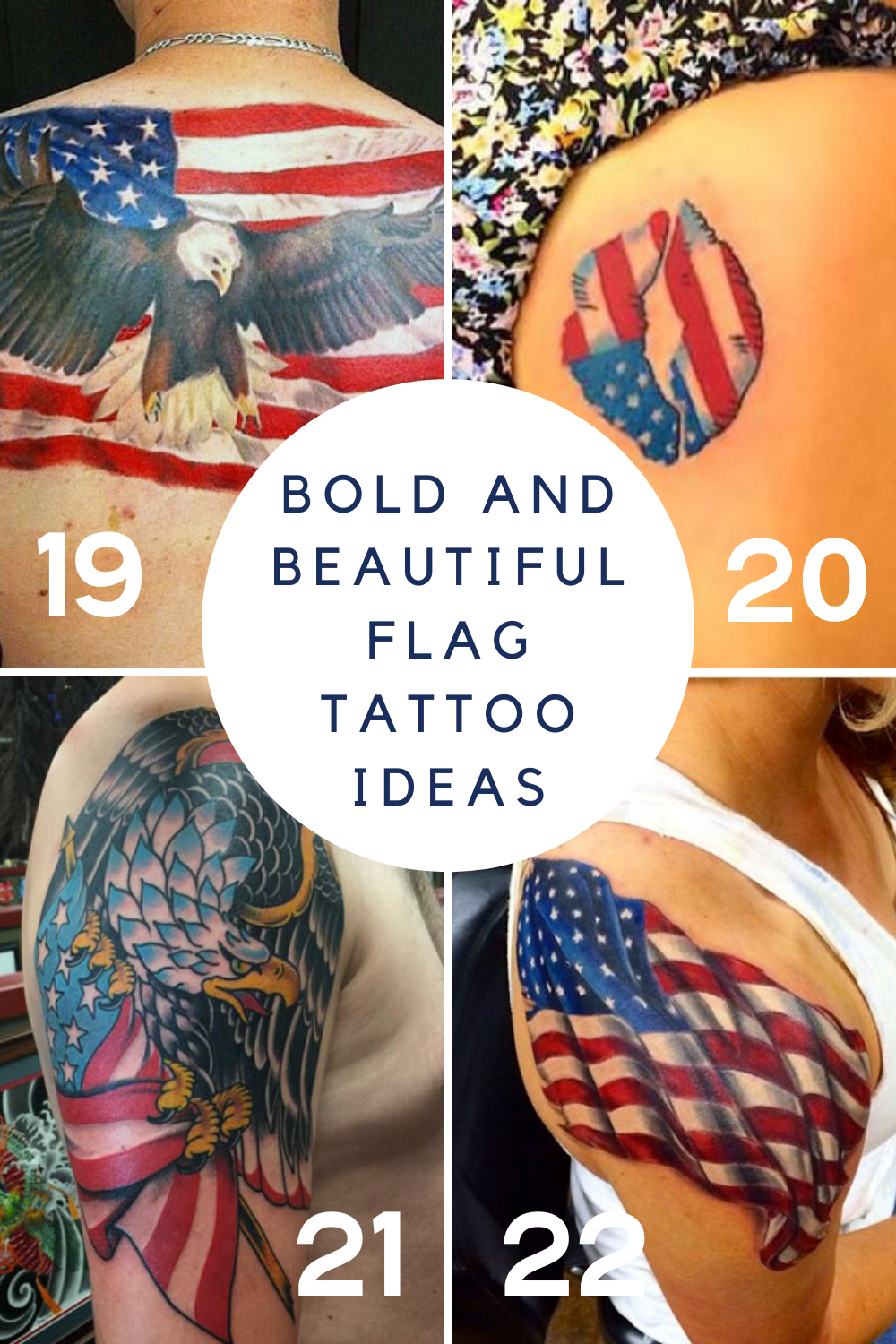 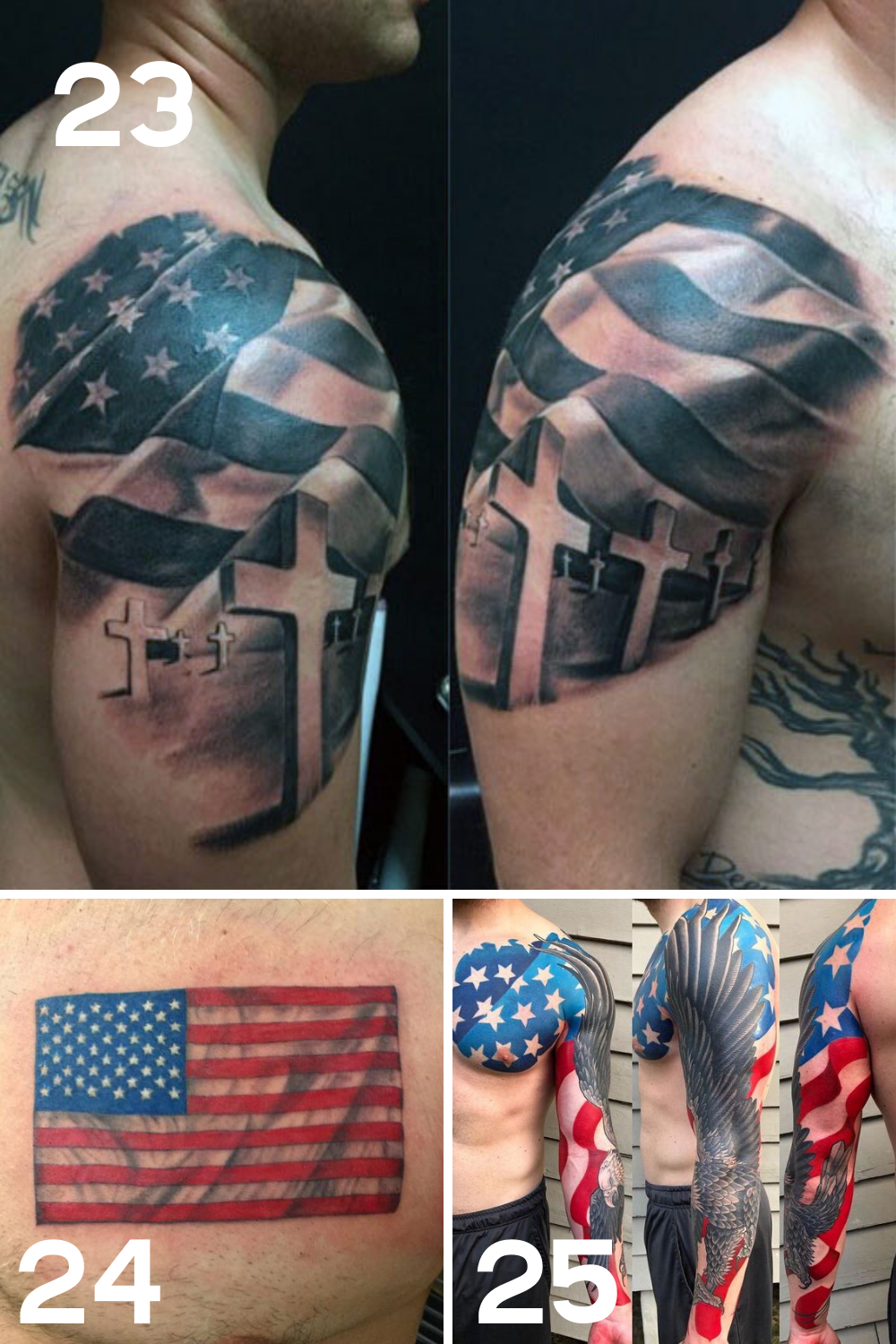