If you’re as captivated as we are with the idea of getting a tattoo, you’ve come to the right place. These unique Greek God tattoos, each with their own importance and meaning, are some of the most popular and sought after.

Many people question, “Which Greek God Should I Get Inked With?” These definitions and meanings should help you get a more clear vision on which one is best for you. 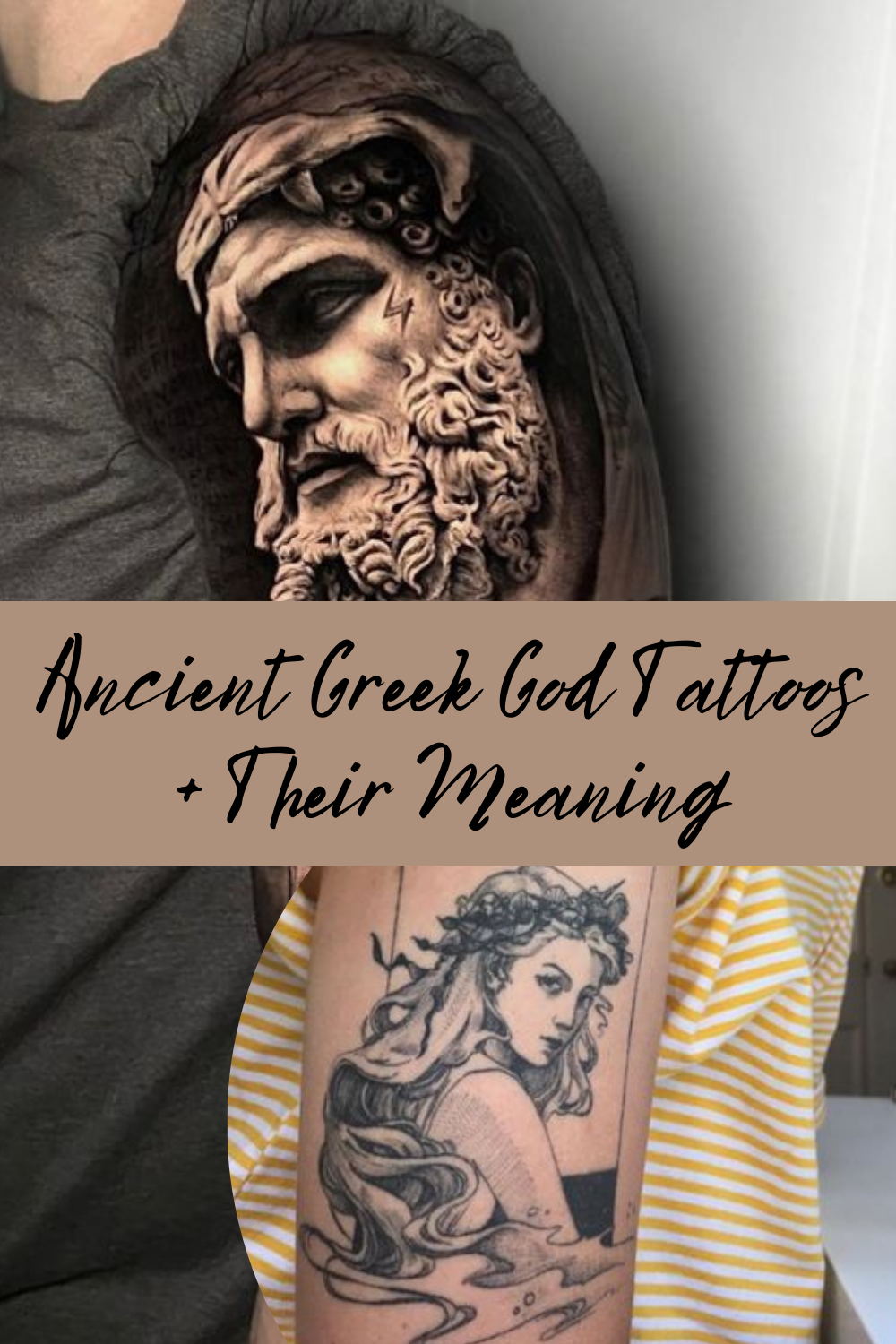 Greek mythology has become a source of inspiration for artists for centuries, from literature to paintings. In recent years, tattoos depicting the Greek gods have become increasingly trendy. Love, dread, courage, and majesty are all shown in these gods, which serve as metaphors for the human experience as a whole. These divine tattoos are explained in detail in the table below.

Aphrodite, the daughter of Zeus, is generally represented as a nude or semi naked woman, adorned with roses and seashells. She is known as the Greek goddess of love, grace, desire, and delight, is a popular tattoo design.

in mythology, he is portrayed as a youthful man with an athletic physique and a laurel wreath around his neck. Symbolically, Apollo represents the arts, foresight, and wisdom as a tattoo design.

There are few people who love Ares, the god of violence. In tattoo art, he is a symbol of conflict, bloodshed, and devastation.

one of the most revered Greek goddesses, Athena is a symbol of reason, wisdom, battle strategy, and peace. This tattoo design is often portrayed with a crown and armed with a shield and a spear.

Hera, the ancient Greek goddesses’ queen, was Zeus’ wife and sister. She is a symbol of matrimony, motherhood, and femininity as a tattoo design.

Poseidon, the god of the sea and water, was believed to be able to command rivers, oceans, floods, and earthquakes, as well as the tides and currents of the ocean. He’s typically shown with a dolphin and a trident as a tattoo design. 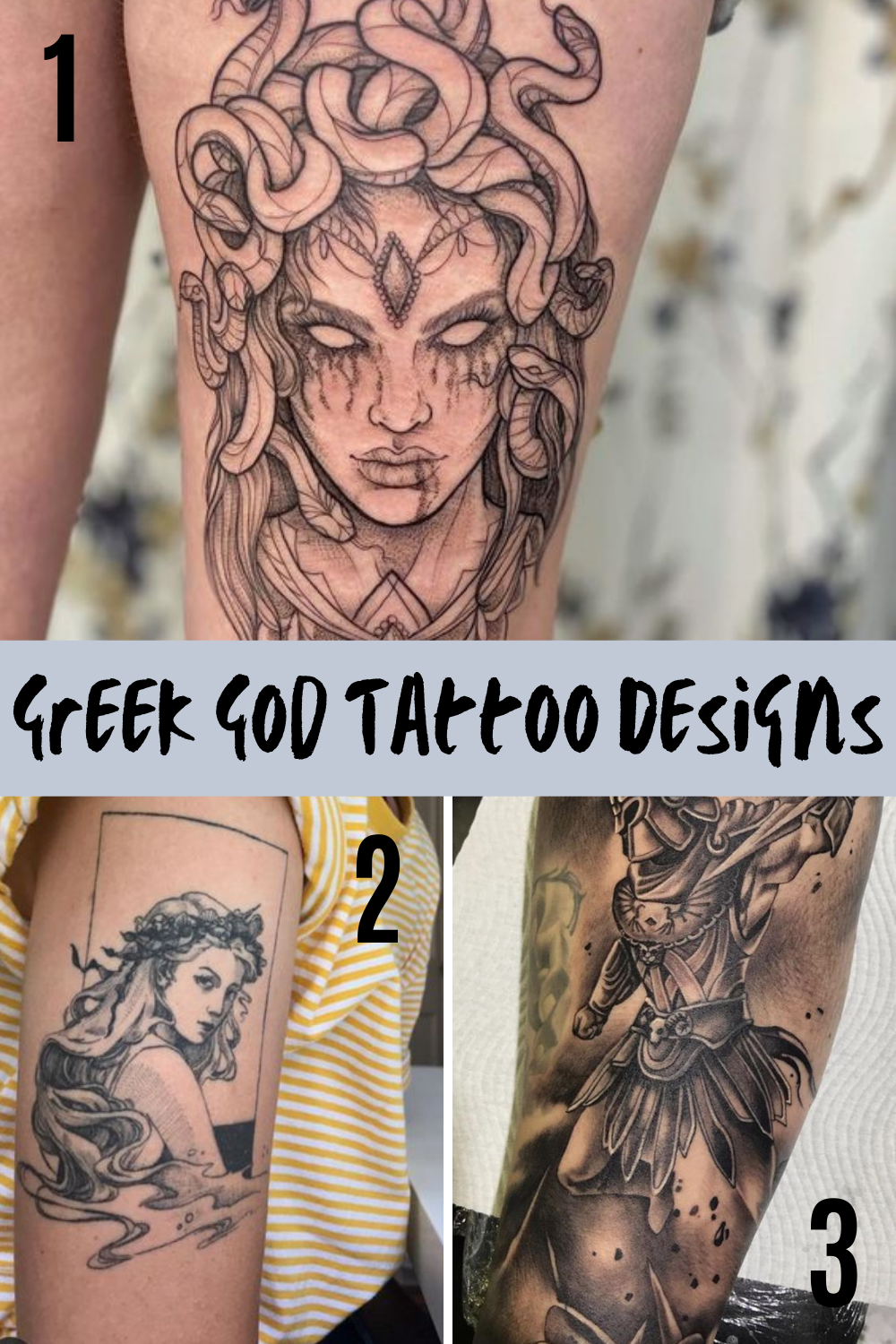 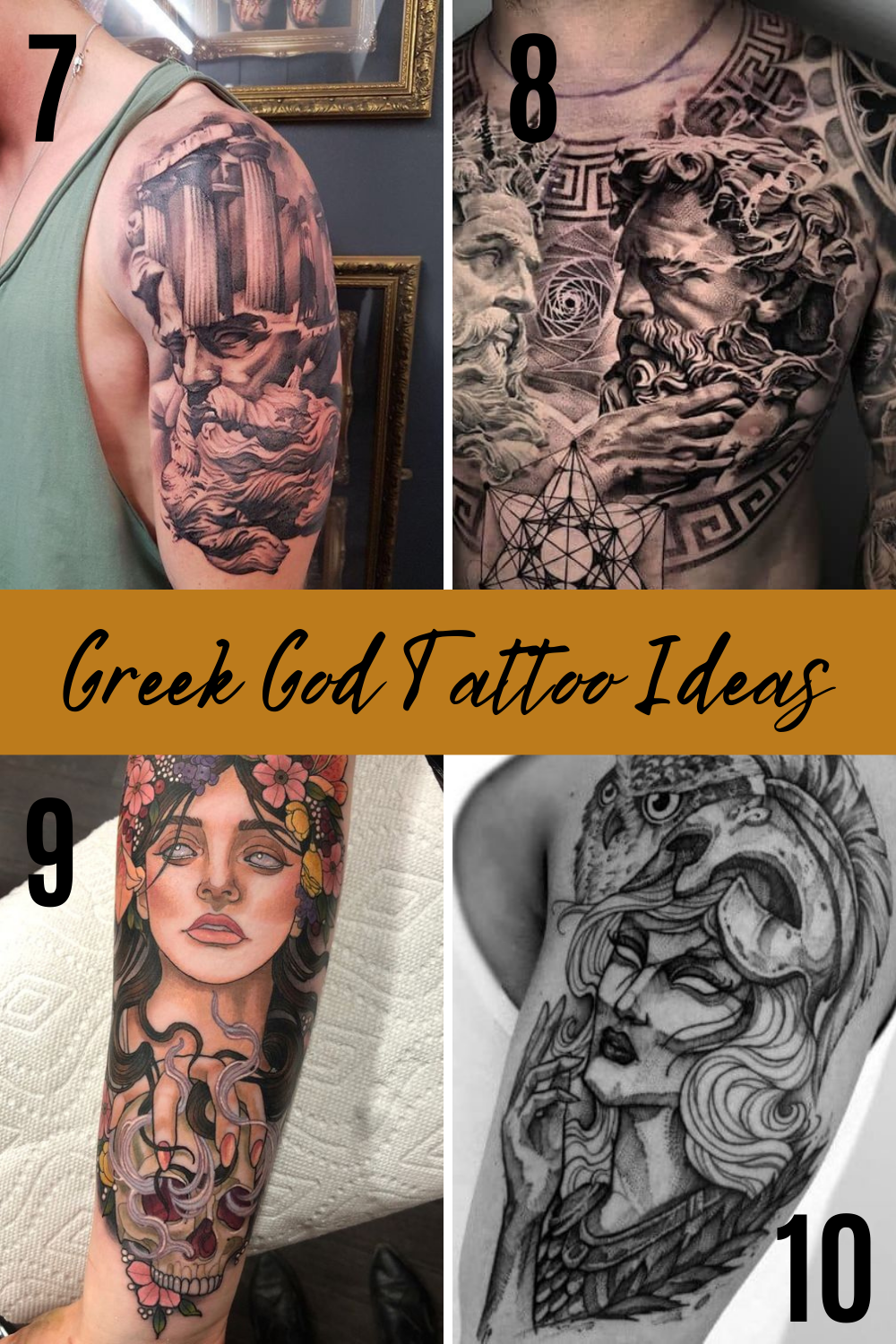 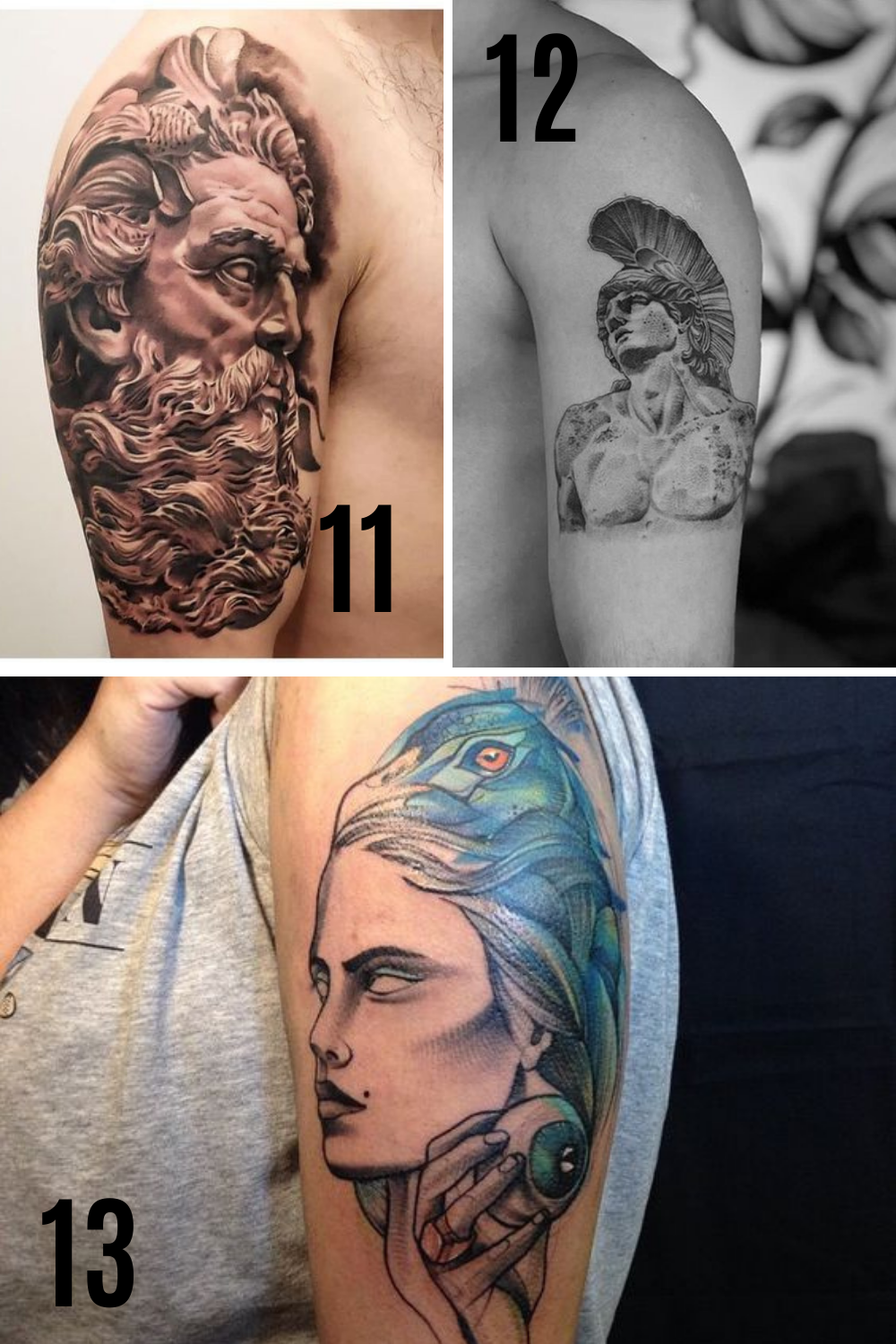 These greek god tattoos are full of great inspiration, here are a few more fun ideas.

Wonderland, Harry Potter, The Little Prince are just some of the most popular books composed of quotes with deep meanings.