What Is Fine Line?

Fine line tattooing is a relatively old technique that uses tiny needles to create delicate, precise lines. The result is a beautiful, detailed tattoo that looks like it was hand-drawn.

Fine line tattoos are perfect for people who want a small, delicate design that makes a big impact. The artist can make anything you want, including dainty and feminine designs, or something simple and masculine. 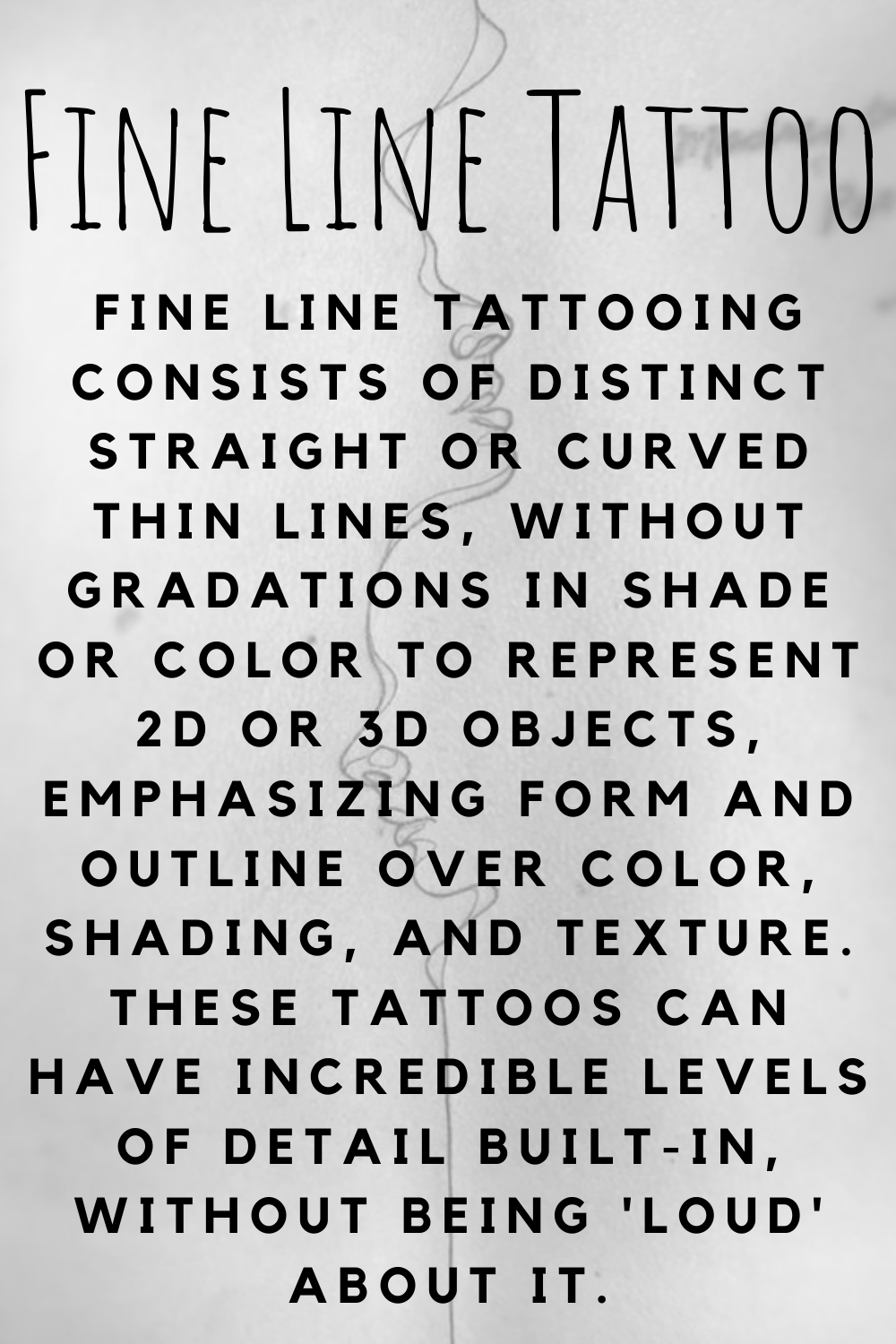 Why Many People Choose This

The overall look of fine line tattoos is much softer and more delicate than other tattoo styles, making them ideal for people who want a subtler tattoo. This makes it perfect for people working in conservative environments or those who want a tattoo that won’t be too noticeable.

Some people might choose fine line tattoos because they heal quicker and with less scarring than other tattoo styles. This is because the needles are so thin that they don’t damage the skin as much as thicker needles.

When done by a skilled tattoo artist, fine line tattoos can be some of the most beautiful and intricate.

Fine line tattooing has been around for centuries, with the earliest known examples dating back to Japan in the 1700s. These early fine line tattoos were often done in black ink and were used as a form of status symbol or decoration.

The art of fine line tattooing spread to Europe in the late 1800s, becoming popular among the upper class. Many European royalties, including King Edward VII of England, were tattooed in the fine line style.

However, the technique’s popularity took a hit in the early 2000s when the reality TV show Miami Ink featured tattoo artists who specialized in flashier, more colorful designs. However, fine line tattooing has continued to grow in popularity in recent years, with more people opting for delicate and intricately detailed tattoos.

Today, even royalties like Princess Eugenie are getting in on the trend, with the young royal getting a subtle fine-line tattoo behind her left ear. Social media platforms like Instagram have also helped spread the popularity of fine line, with many artists sharing their beautiful and delicate creations. 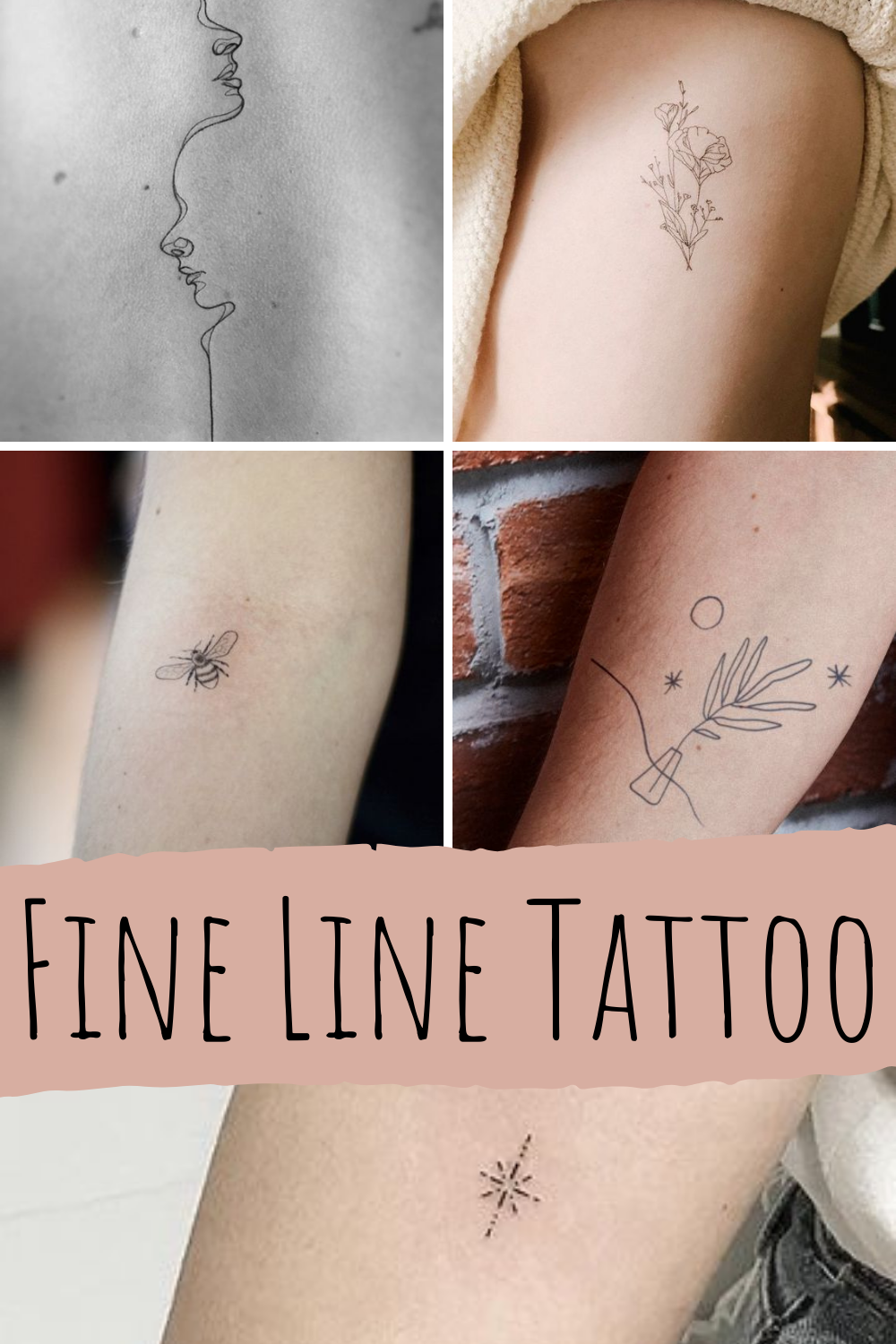 Some of the most popular fine line tattoo designs include animals, flowers, and nature scenes. But the best fine line work is usually a combination of tattooing methods like stippling, linework, and dot work. The sky’s the limit when it comes to fine line tattoos.

The best thing about fine line tattoos is that they can be done in any style. This means that you can have a small, delicate tattoo or an intricate and detailed one.

Some of the most popular types of fine line tattoos include:

One of the main differences between fine and regular line tattoos is the size of needles used. The fine line technique uses much thinner needles than regular line needles. That allows for more precision when tattooing.

However, you need to find a tattooist with a stable hand to get a picture worthy design with this method. If the tattooist’s hand isn’t steady, the lines might be a little off.

Another difference is that regular tattoos take longer to heal. This is because traditional techniques use more than one needle, resulting in more damage than with the fine line technique.

A regular tattoo uses several needles grouped to create a thicker line. That makes a regular line ideal for large or solid areas of color, while a fine line is better suited for smaller details or adding embellishments to an existing tattoo.

Fine line tattoos also often have a softer overall look than regular ones. This is because the thinner needles create more subtle lines than those produced by standard needles.