Cameras are a big part of our everyday lives. I mean, they’re everywhere! From our phones to our laptops, to our tablets. Almost everywhere we turn.

They’re used to capture memories, to create movies and entertainment, and photography can be used as a form of self-expression. So it should be no surprise that cameras are a popular subject for many peoples tattoos!

It’s odd to think of a world without cameras, but that reality honestly wasn’t that long ago. Let’s take a brief look at the history of the camera! 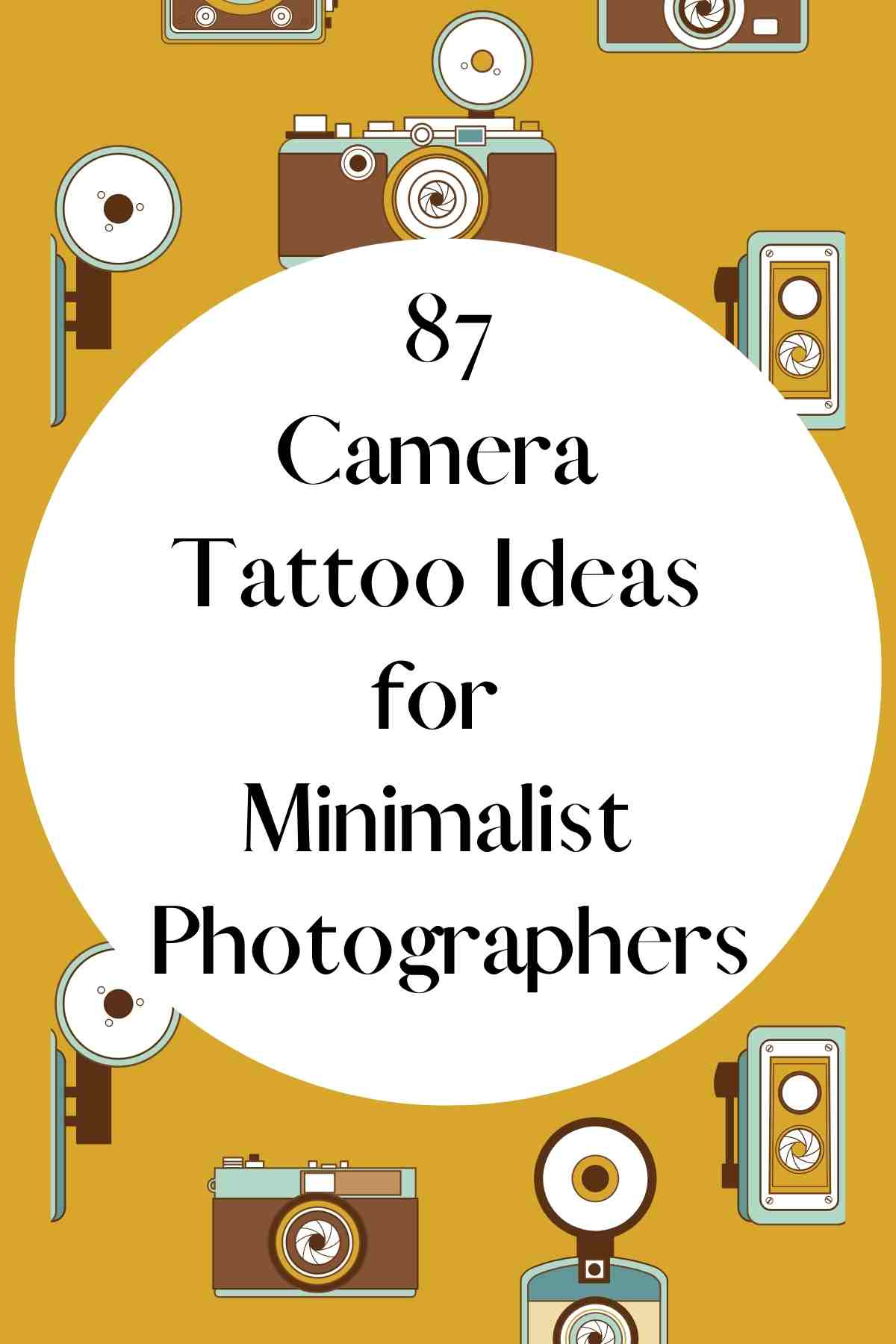 History of the Camera

The first-ever camera was the camera obscura which dates back to Middle Ages. This was a pinhole camera, which pales in comparison to the smart cameras we have today, but for the time it was created, it was pretty dang cool! The only drawback was they didn’t have a way to preserve the images.

In the year 1816, an inventor by the name of Niepce began to experiment with what he called heliography(now known as photography. He used light to create a photographic image and then used an engraving and different chemicals to transfer it onto a material, though the photo would sometimes fade, this is technically the first-ever photograph!

Niepce’s work was built upon in 1839 when his former partner Daguerre invented the Daguerrotype(some imagination this guy had for names). His invention was much more practical for taking photographs and would stand to be the starting point for cameras as we know them today!

Next, a downright amazing discovery by an inventor named Maddox lead to the camera’s ability to take instantaneous photographs, which made tripods useless and lead to the handheld camera.

In 1885, the film camera was born by a man named Eastman who would go on to create the Kodak Camera. Then by 1913, Oskar Barnack wanted to create an even smaller camera that basically anyone could use. From then on our cameras have only gotten better and more advanced as they went through their own evolution. Crazy!

Now onto the tattoo inspiration!

Cameras make great tattoos for many reasons. They’re aesthetically pleasing(which is always a plus), and they can hold lots of meaning that can vary from person to person! There are so many cameras to choose from, whether that be style like the point and shoot, or what brand, like canon or Kodak.

So what you get will largely depend on you and what camera you desire! Once you’ve decided on the camera, now you get to choose style…the fun part. Well, fun and daunting. There are just so many tattoo styles to choose from it can be hard to know where to start. I totally understand that, so I went ahead created a list to help you out.

Below is a compilation of the best tattoos living on the internet for you to take a look through to gain a better understanding of the styles you like and what kind of overall tattoo you’re going for. Take a look! 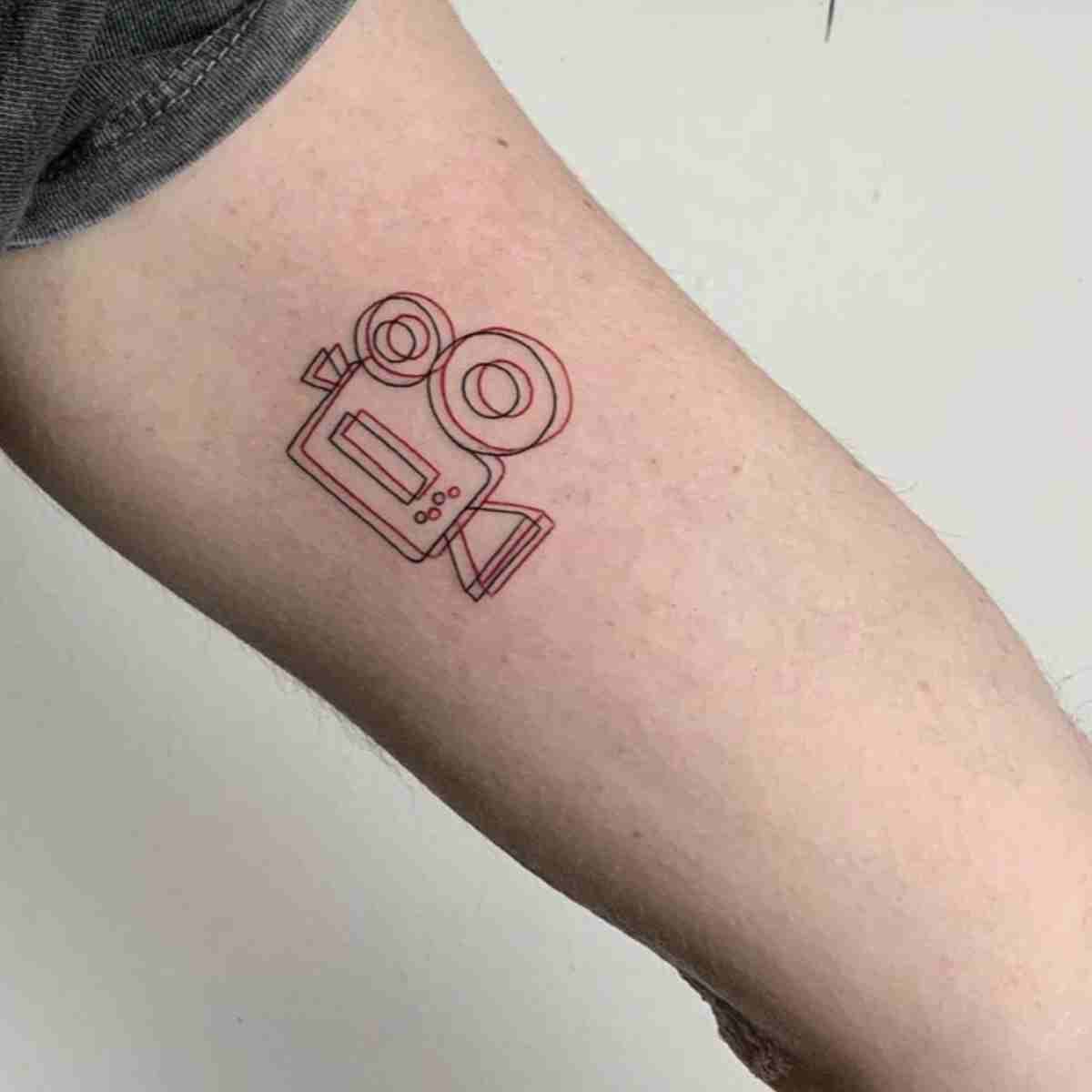 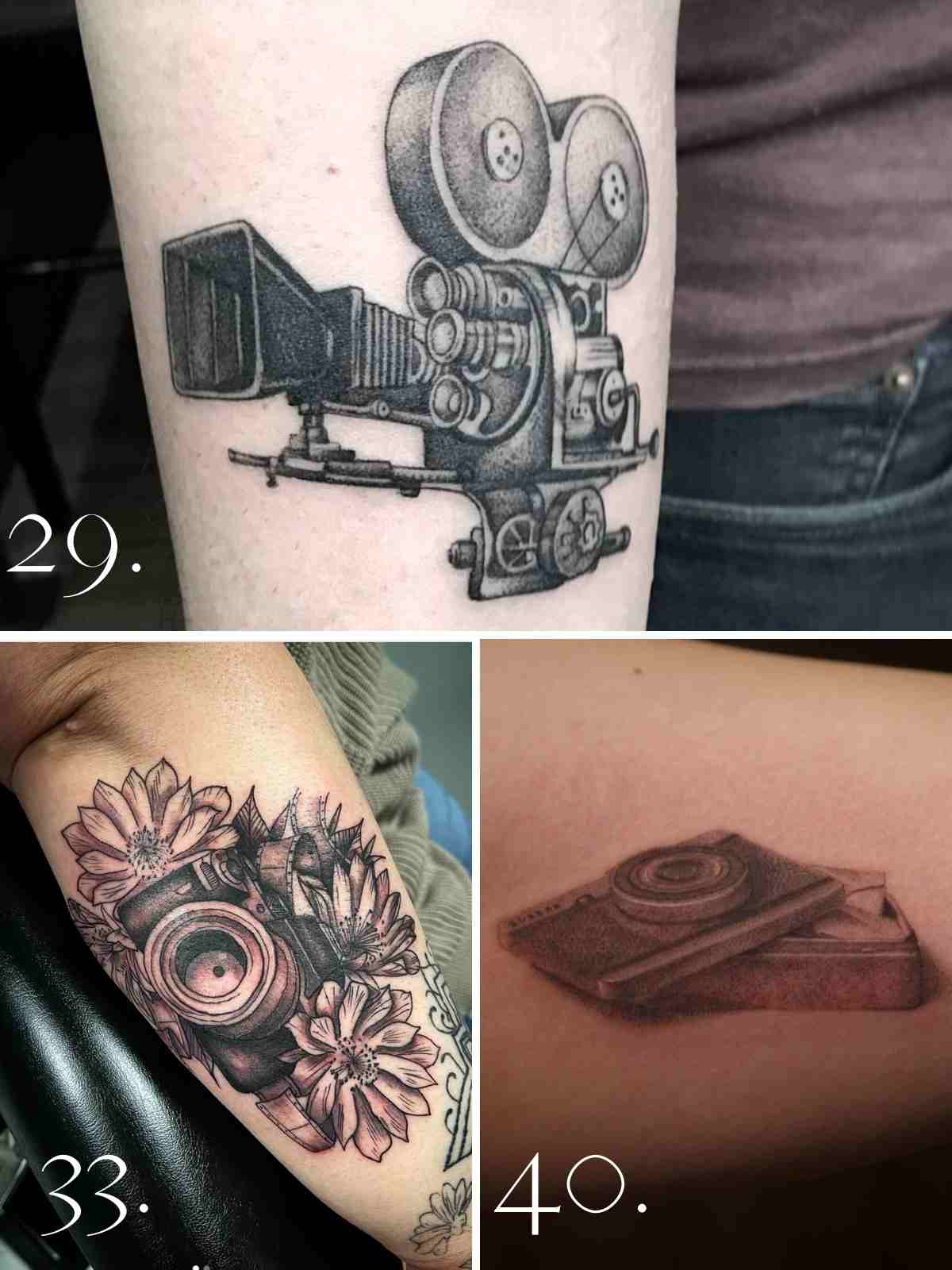 42. Camera with a Bouquet

50. Camera with Landscape in eye 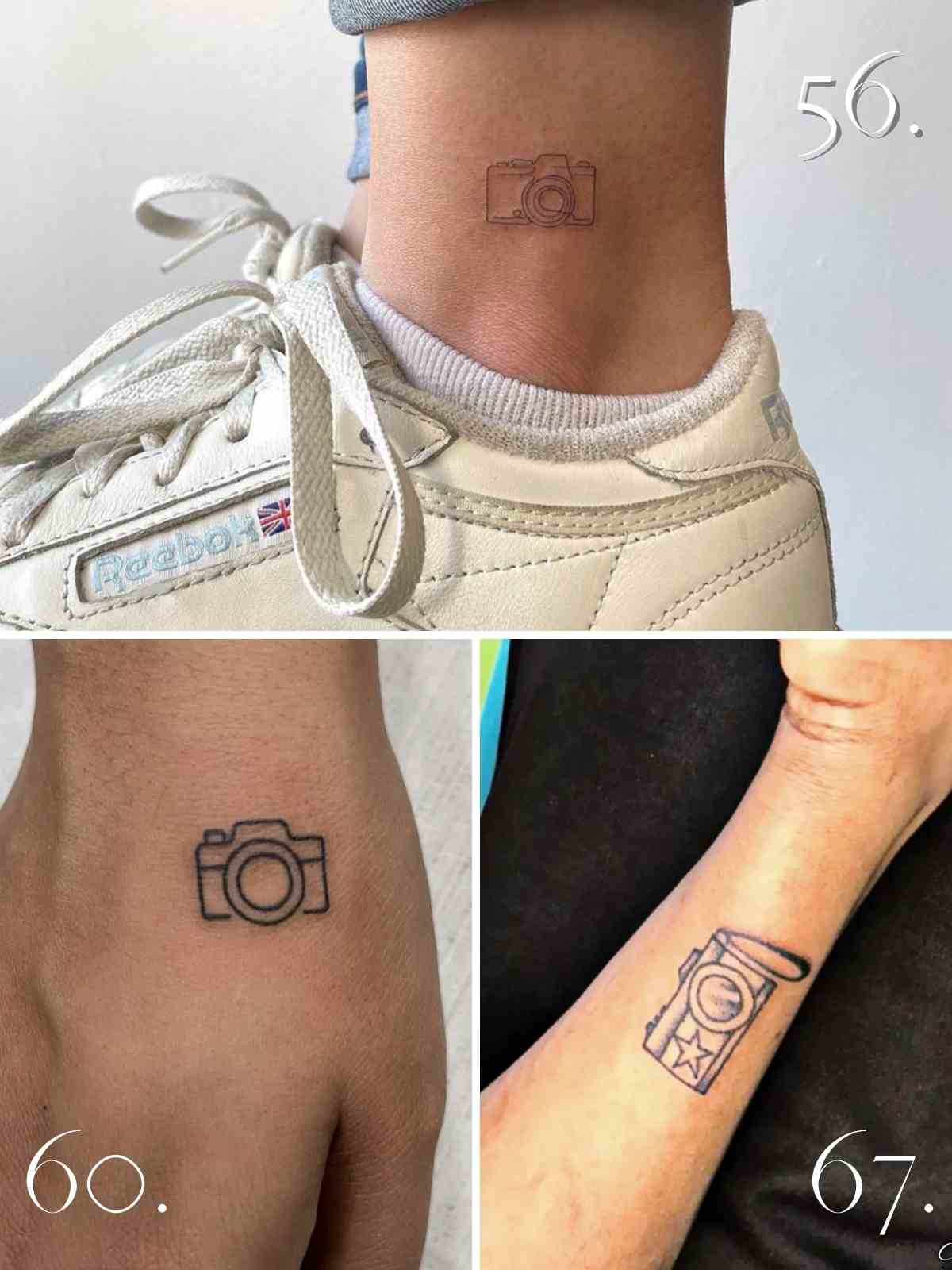 72. Camera Drawn with One Line 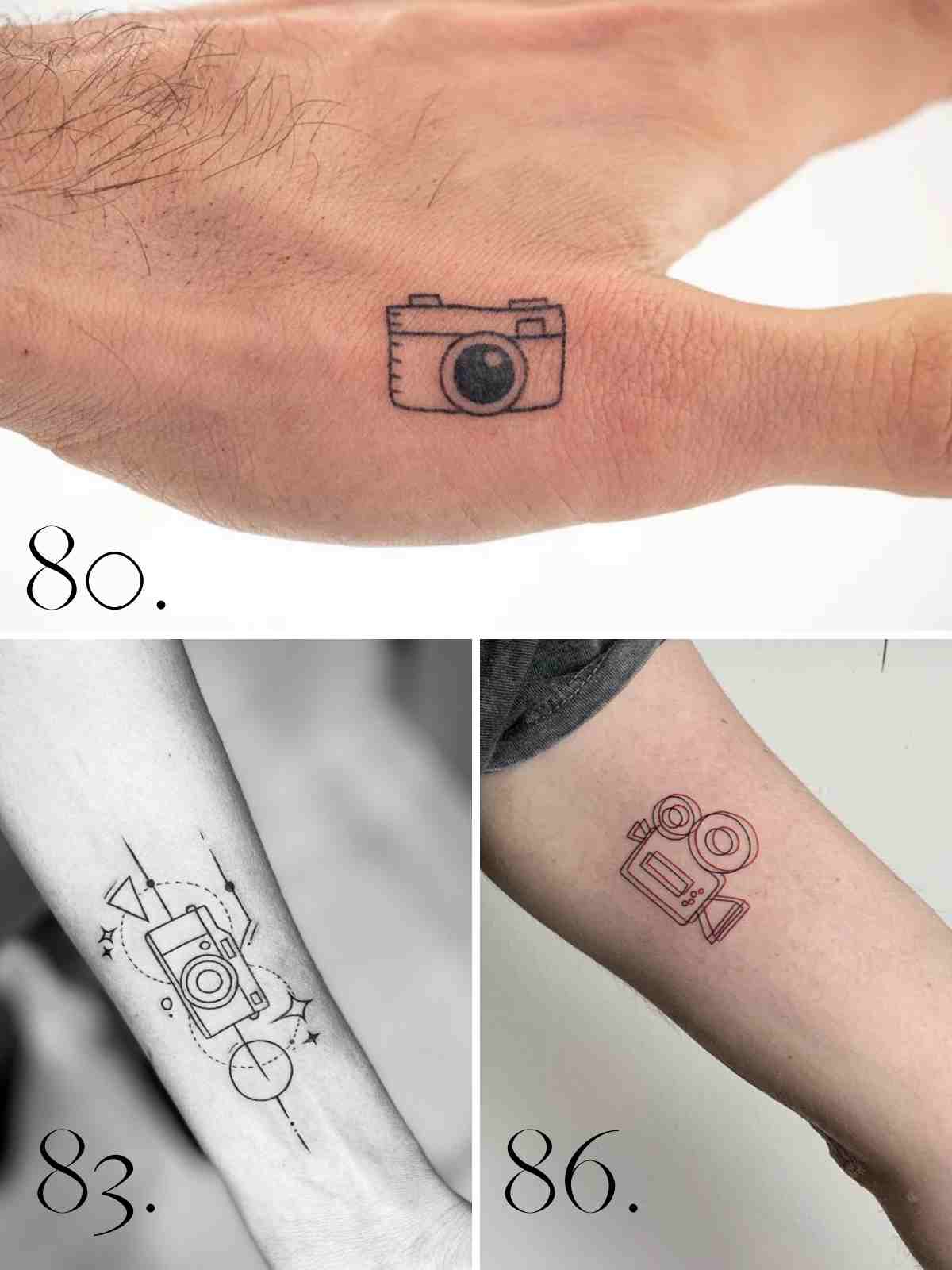