Inside: Pin Up Tattoos Definition & Ideas. Would you get one?

Gone are the days when you had to cut pictures out from a magazine and paste them on your wall. Today, you can get gorgeous artwork created on your body. The immensely popular pin-up tattoo isn’t something that became a sensation overnight. In fact, its origins go way back to World War II, when the change in women’s images occurred on a magnifying scale.

So, what are pin-up tattoos after all, and how did they even come about? Here’s everything and more on the subject.

What Do they Represent?

Unlike other tattoos, this one is popular with both women and men. Originally considered offensive, it is now a symbol of female power and independence. Most women wear pin-up tattoos to showcase their freedom, power, and strength. However, the concept has also been timelessly beautiful among men too.

It is far from outdated and effortlessly resonates with everyone.

The trend is certainly going nowhere anytime soon. What’s more? At their very core, pin-ups are beautifully crafted images of women, and never have they ever been undesirable. 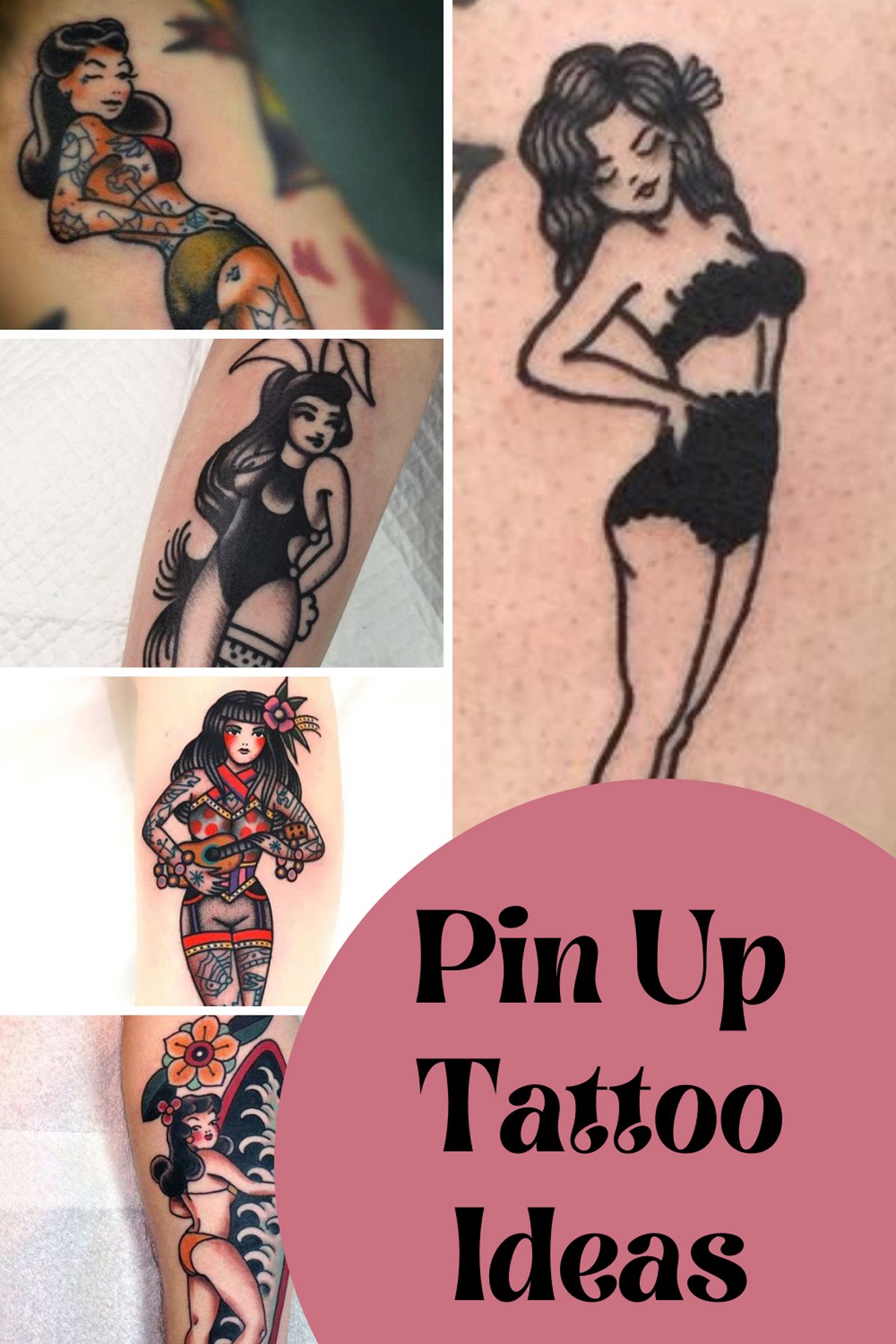 Who Were the Original Pin Up Girls?

Initially used in advertisements and promotions, pin-up girls go back to the late 19th century when Jules Cheret, a French artist, came up with the concept. By using bold images of voluptuous women in advertising and magazines, the artist was on a different wavelength than the general crowd of people. About a decade later, the same trend also caught on in the United States of America, where sexy women were often featured on magazine pages. In fact, corporations highly utilized the trend to paint the picture of “all-American good girls” of the era. Christian Dior was also among the ones who used images of pin-up girls in different ad campaigns.

The Famous and Infamous Playboy Magazine

Did you know that playboy magazine was designed entirely around the pin-up image? It also played a major role in the massive popularity of these images in history. Marilyn Monroe, the up-and-coming actress of the time, was featured posing nude against a red velvet background. In fact, she was also paid a whopping remuneration of $50 (which was a lot according to the standards of the time).

The image also set the stage for several magazine conglomerates, and from then on, more and more renowned names began entering the pin-up world. Some of them were Rita Hayworth, Jayne Mansfield, and Bettie Page. While most of them weren’t successful in the realm, it had become perfectly apparent that being a pin-up was indeed admired in the 1950s.

Who would’ve predicted that an image painted by a French artist would one day be painted onto the noses of fighter planes? Yes, you read that right.

When Alberto Vargas, a Peruvian artist, painted sexy yet modest images of women for a magazine in the 1930s, no one could’ve fathomed what they would achieve in the future. Prominently known as the “Varga girls,” these images went on to become a part of the war effort. Soldiers would also use them as good luck tokens and preserve them to get a sense of home.

How were these Varga girls any different from the original pin-up girls? For one, they weren’t depicted in lingerie but in soldier uniforms. The image stirred a revolutionary movement in favor of women taking on factory jobs in the society and reaped many benefits for them.

While the Varga version is still a highly sought-after image for models, the style has undergone at least some evolution since the 1930s. The original pin-up image consisted of women wearing sharp red lipsticks with their curled hair while they posed in a cheeky manner. Then, there was also another version that featured the same image but with a minor change. Instead of bold, it focused on every-day clothes.

However, to this day, many magazines still feature women with the classic and timeless pin-up look consisting of bold red lips, curled hair and a bit of nudity. Fashion photographers, models and even tattoo artists promote this style for their services.

Should you get one?

Whether it is to encourage greater female power in society or simply embrace strength within yourself, the modern-day pin-up tattoo is more than just color inked on your body. It represents courage, art, revolution, acceptance, history and much more. It’s a timeless image that has only gained more and more recognition over time and certainly for the right reason. There’s no better time than now to embrace yourself, your mind and your body and sometimes, a tattoo does just the right job of reminding you of the same. Now that you know where it all began, don’t forget to appreciate pin up tattoos and images wherever you see them.