Home » Dictionary » What is The History Of Ta Moko? Does it Hurt?
Dictionary, Religious Tattoos

Inside: What is Ta Moko? Does it Hurt?

What you might not know about the Maori people, is that they aren’t actually a single collective, but a collection of diverse tribes. Each Maori tribe has its own unique practices, beliefs and subcultures that set it apart from the others. These unique differences are represented in their tattoos. Tattoos play a significant role in Maori culture, not just a symbolic one, but a practical one as well.

The Maori people use tattoos to represent their heritage, personal identity, and even career path. Some tattoos are awarded to those who have undertaken a test of strength or mental fortitude. 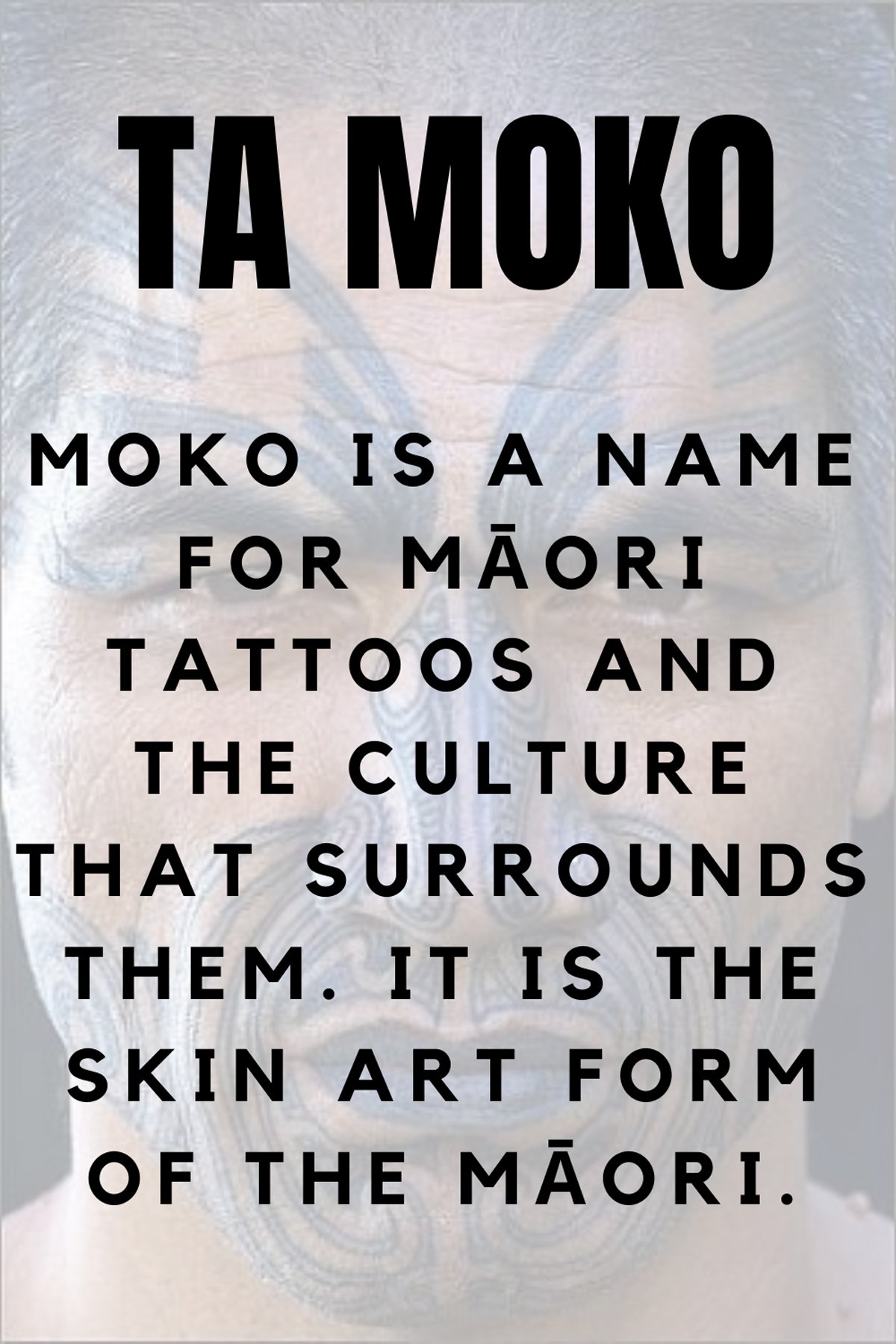 The Ta Moko Tells a Story

In the Maori language, a tattoo is also referred to as ‘Kirituhi’. ‘Kiri’ means ‘Skin’ and ‘Tuhi’ means ‘Art’, so ‘Kirituhi’ literally translates to ‘Skin Art’. Traditionally, the Ta Moko tattoo features unique design elements. It is important to know what these elements are, in order to understand the symbolism used in the Ta Moko tattoo to tell a story.

Manawa are flat, parallel lines of ink. ‘Manawa’ literally means ‘Heart’. These lines represent your life, and the patterns you place inside them symbolize your experience, and the aspects of your life that are most important to you.

Pakati is known as the ‘dog skin cloak’ tattoo. It features a pattern that looks like arrowheads within the Manawa, and is meant to symbolize strength and courage.

The Hikuaua resembles a thick vertical lightning bolt, or ‘M’ shapes, that are meant to look like the scales on a mackerel’s tail. This tattoo is used by people of the Taranaki region, it is said to symbolize prosperity.

The Unaunahi tattoo is made of round fish scales layered in a row. This tattoo is said to represent wellness and abundance.

The Ahu ahu mataroa tattoo features simple, thin vertical lines within the horizontal lines of the Manawa. This tattoo was awarded to those who proved their athletic prowess through various achievements.

The Taratarekae tattoo features two parallel rows of small horizontal triangles that are meant to resemble whale teeth. This tattoo is meant to symbolize both strength and sensitivity. 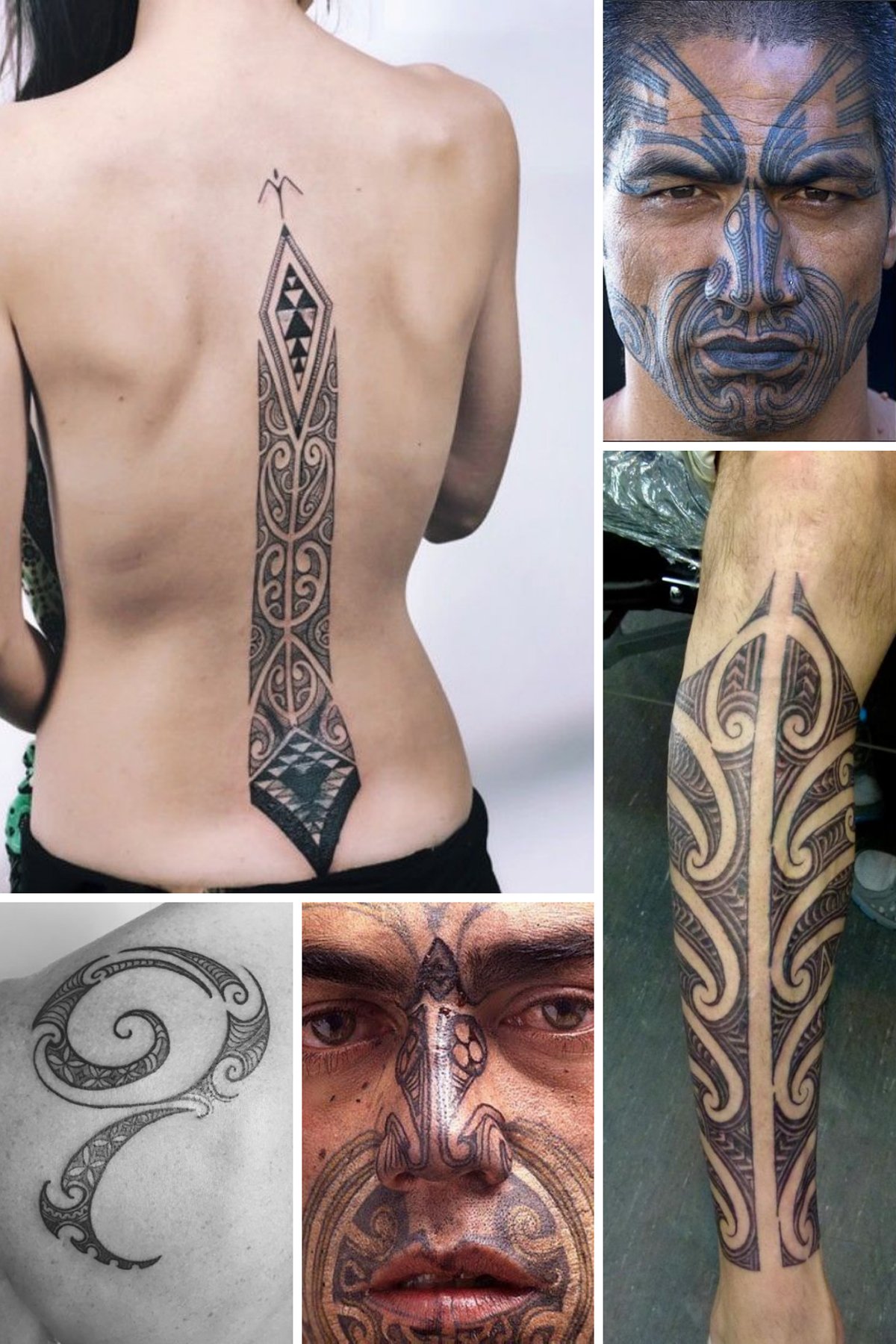 The Maori people also marked their bodies with emblems that represented supernatural beings from their spiritual beliefs. For example, the Manaia was a tattoo depicting a being with the upper body of a man, the head of a bird, and the lower body of a fish. The Maori people believed that the Manaia’s purpose was to guide spirits to the afterlife.

Hei Tiki was a being that resembled a small monkey. This simian creature was said to be a symbol of luck, those who tattooed Hei Tiki on their skin believed it would bring them good fortune. Some also saw Hei Tiki as a talisman of fertility. Other than tattoos, this symbol was also carved into precious rocks and worn by the Maori people.

The Koru was a simple spiral design, said to be based on a curled fern leaf. The Maori people believed that the Koru symbolized new beginnings and second chances, and harmony.

The Hei Matau is a symbol based on the hooks that the Maori people use to fish. The Hei Matau encapsulates strength, determination and prosperity, as well as health.

What Makes This Tattoo Different?

What many outsiders may not know, is that no two Ta Moko tattoos are ever the same. Each Ta Moko tattoo is one of a kind, making it all the more special to those who wear them.

In the Maori language, Ta Moko tattoo artists were known as tohunga Ta Moko, literally translating to “Ta Moko Specialist.” These people aren’t ordinary artists. In fact, they are considered holy by the rest of Maori society. While most Tohunga Ta Moko were men, there were a few women who practiced the sacred art as well.

The Ta Moko Tattoo is still incredibly popular among the modern Maori people. In fact, as they have migrated, they have taken the Ta Moko tattoo with them, causing its popularity to spread around the world.