What is a Vegan Tattoo?

When you choose a vegan tattoo ink, you eliminate glycerin being used as a stabilizer, bone char used to achieve a super-black color, or gelatin and shellac used for consistency and durability.
There are plenty of name-brand manufacturers who make superior ink products that are vegan friendly. 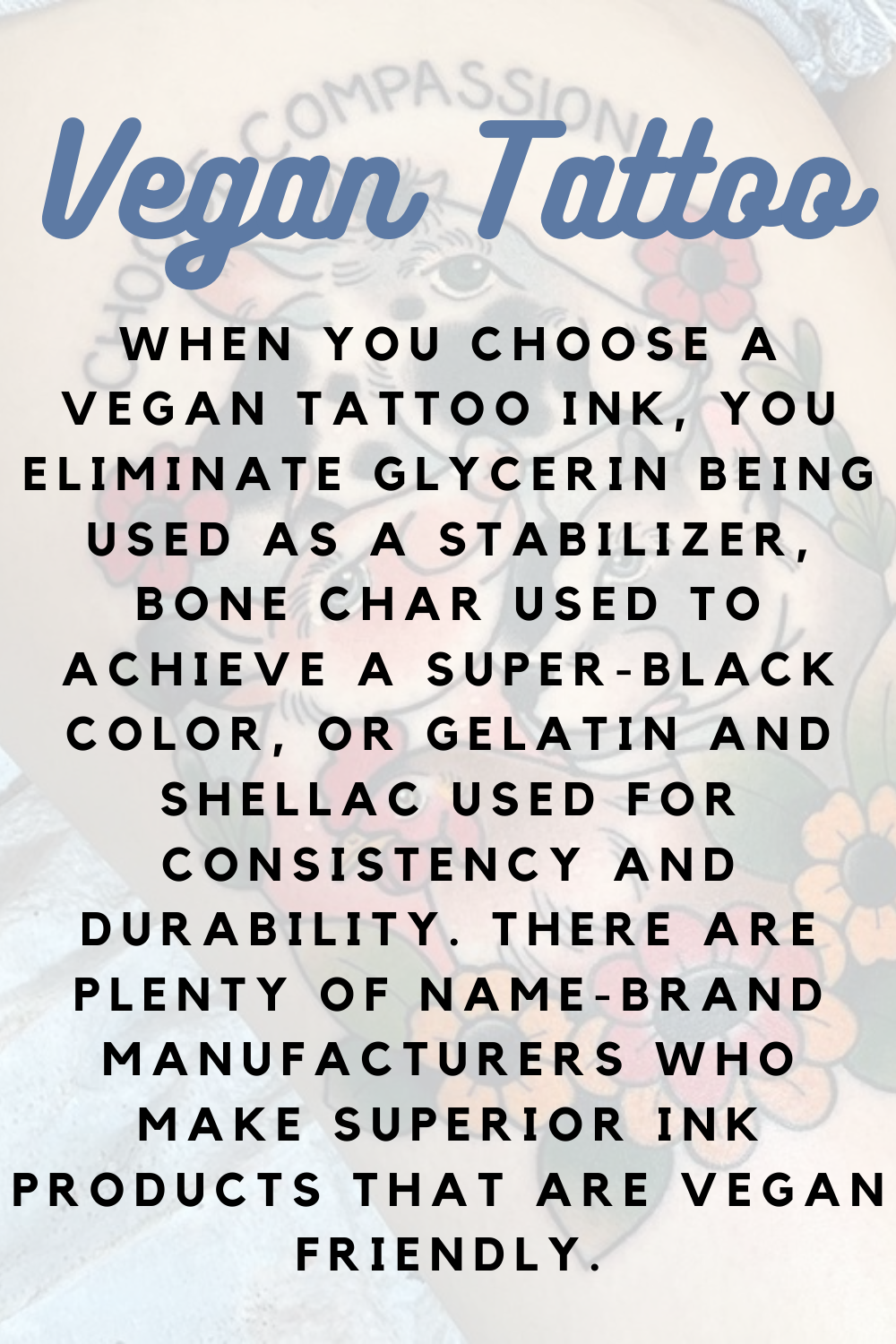 Many tattoo inks these days are vegan, but not all brands are. According to PETA, some inks may contain glycerin, bone char, gelatin, or shellac. These are all ingredients derived from animal fat, animal bones, or ground-up beetles.

What makes tattoos not vegan?

Although many good quality inks are now vegan-friendly, some inks still contain ingredients that are animal-derived. Glycerine derived from animal fats is often used as a stabilizer, sometimes alongside gelatine, and bone char can be found in black inks to provide an increased pigment.

The main issue, however, stems from the equipment and aftercare products used within the tattoo process, with stencil papers often made with lanolin, the substance derived from a sheep’s wool.

Many recommended aftercare products, and even disposable razors provided by the tattoos studio also aren’t vegan, as animal-derived glycerine can be found in razor strips and aftercare soaps.

Meanwhile, balms often contain lanolin or beeswax. The good news, however, is that there are plenty of vegan-friendly alternatives, that are affordable and easily accessible.

Luckily, more and more vegan tattoo artists and studios are popping up not only around the country but around the world.

There are a number of vegan-friendly studios that ensure everything from the inks to the hand sanitizer is vegan and cruelty-free, making your tattoos a lot less stressful. 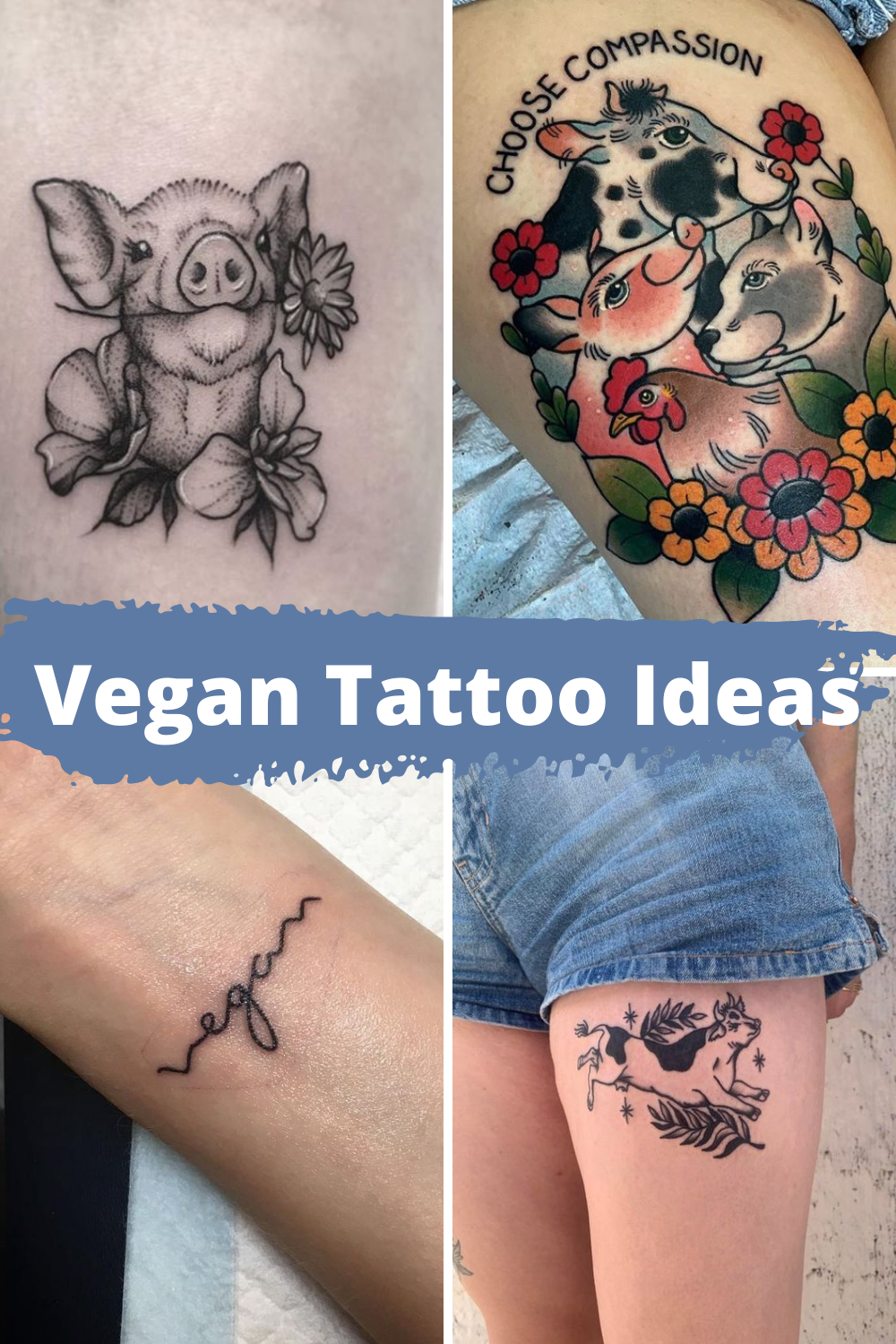 Vegan ink lasts just as long as regular ink. The reason why tattoos fade is because they’re either exposed to the sun or are in an area that requires frequent exfoliating or the tattoos are applied with subpar ink. It is unavoidable that tattoos, both in color and black, will fade over time.

These companies have confirmed that their inks are vegan and the glycerin used is plant-based:

Want to learn more about tattoos?

Learn more about your body ink with these awesome posts.