Inside: The Ultimate List of Rhianna Tattoo Designs + Meaning.

Did you know that Rihanna has over 20 tattoos? She has admitted that tattoos for her are like an addiction. “I like hanging out in tattoo shops” Rihanna has said. “I am so intrigued by tattoos. It’s an entire culture, and I study it.

Sometimes I go with friends, or just by myself. I get bum-rushed, but I don’t care. I don’t take security.” Rihanna is believed to of had her first tattoo done in 2006, two music notes on her foot. The most known tattoo artist that has created her tattoos is Bang Bang. Bang Bang has apparently done around 13 of her various tattoos.

He told a magazine “She [Rihanna] always flips out [when it’s done] and jumps up and down like a 16-year-old girl getting her first car.”

Get in on the excitement and check out all Rihanna tattoos and their meaning. 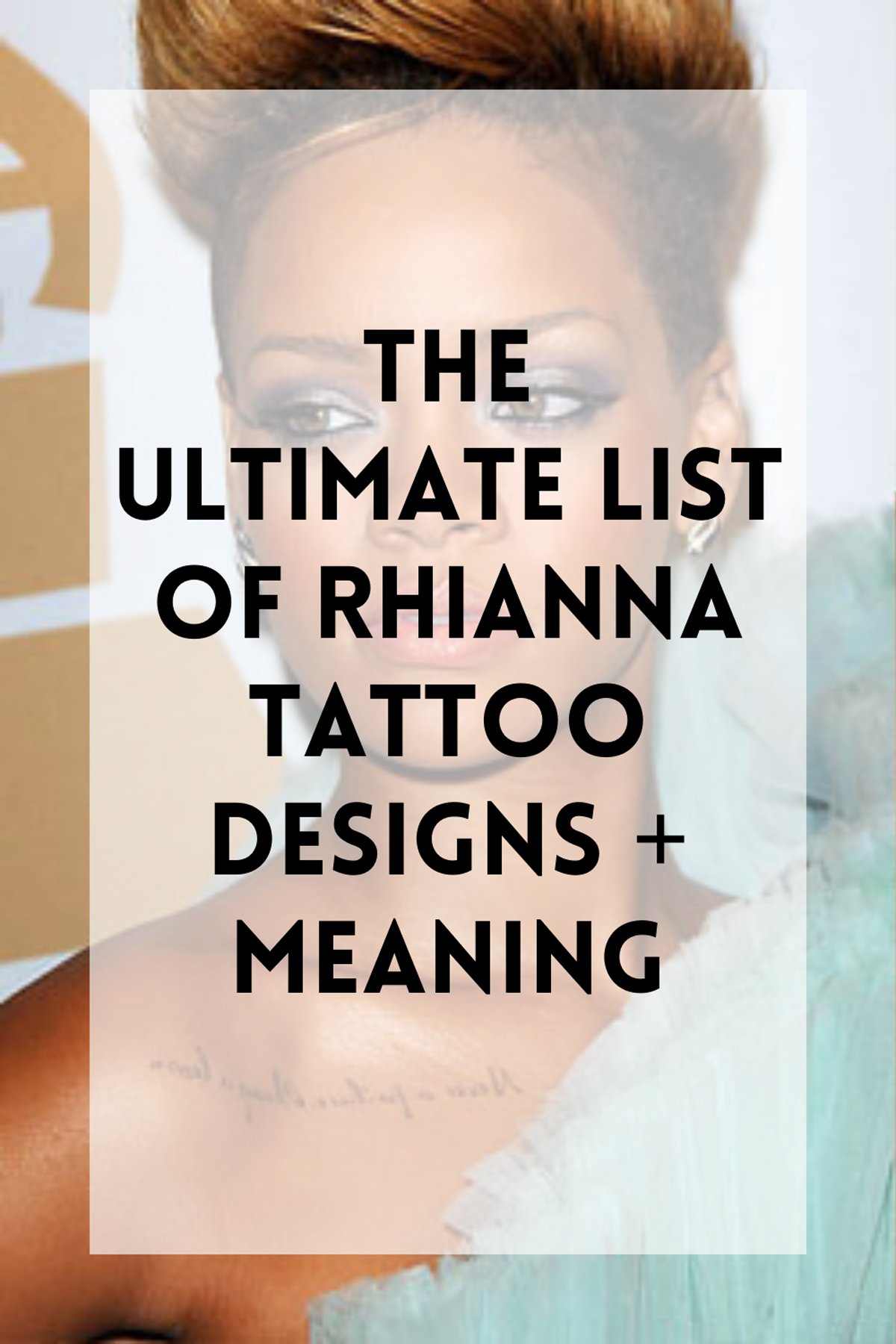 How Many Tattoos Does Rihanna Have?

Rihanna has at least 25 known tattoos. From her ears to her toes, each of these tattoos has a special meaning and cool design. Check out each of her known tattoos and where they are located on her body!

Rihanna added the final piece to her hand tattoo in October 2013, incorporating both the Maori tribal design near her thumb and the chevron lines. It is an abstract design inspired by Indian henna art. Artists Bang Bang and Cally-Jo worked together on both the design and the implementation of this tattoo. The duo got out their needles and worked on different sections at the same time.

1. Chevron, Lines on the back of her hand

2. Henna design on the back of her hand

3. Cross on Her Wrist: In January 2014, artist Bang Bang gave Rihanna this tattoo of a cross on the inside of her right wrist. The intricate cross design is made from negative space and is surrounded by black ink.  Rihanna also expanded the henna designs — which has previously only been on the back of her arm — all the way up to the edges of the cross, making it one cohesive piece. 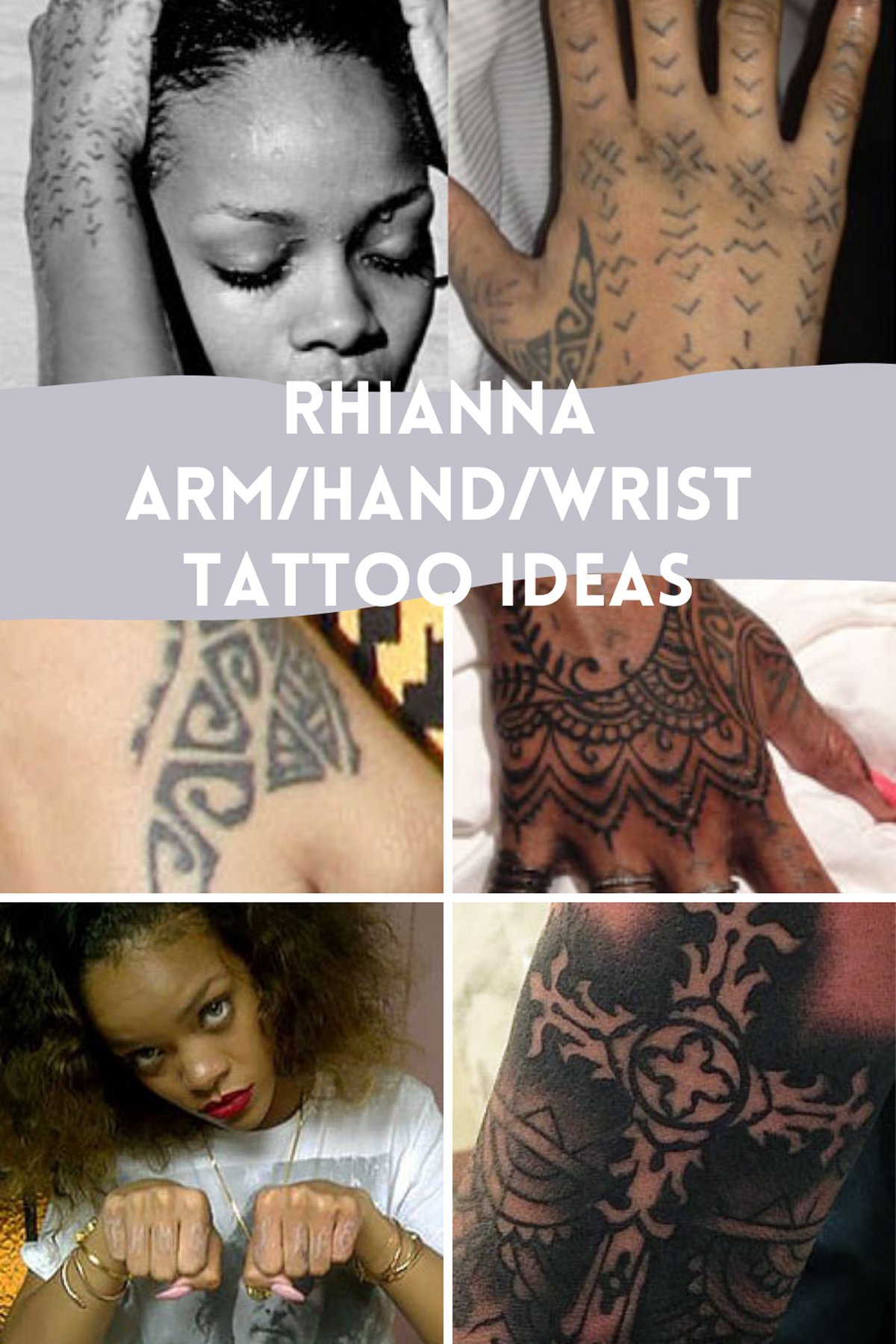 5. Thug Life on her knuckles 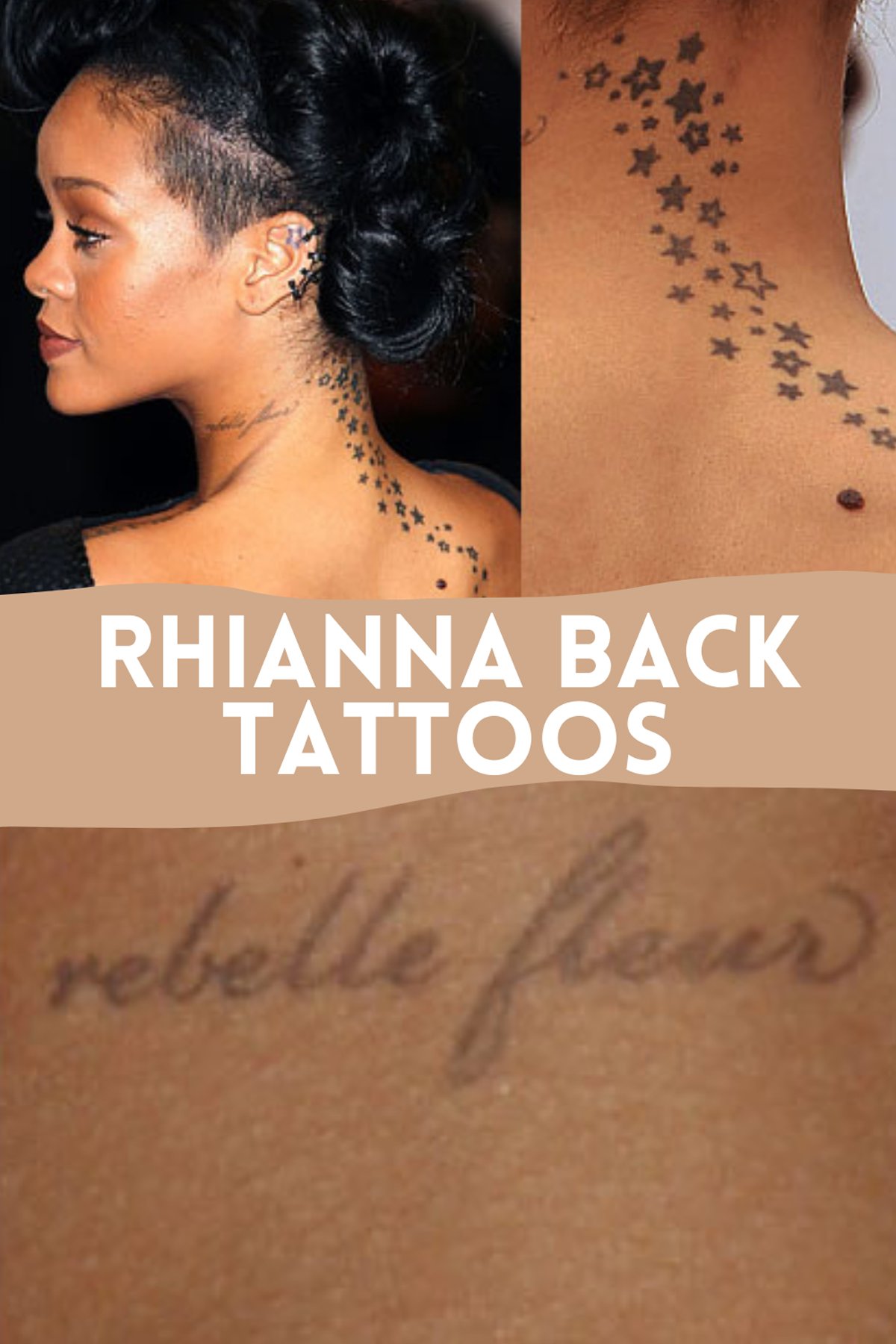 9. Gun on Side: Rihanna got a small handgun tattooed below her right armpit in March 2009. She flew her favorite artist Bang Bang out to Los Angeles to give a tattoo to her friend as a birthday gift and decided to get one for herself at the same time. 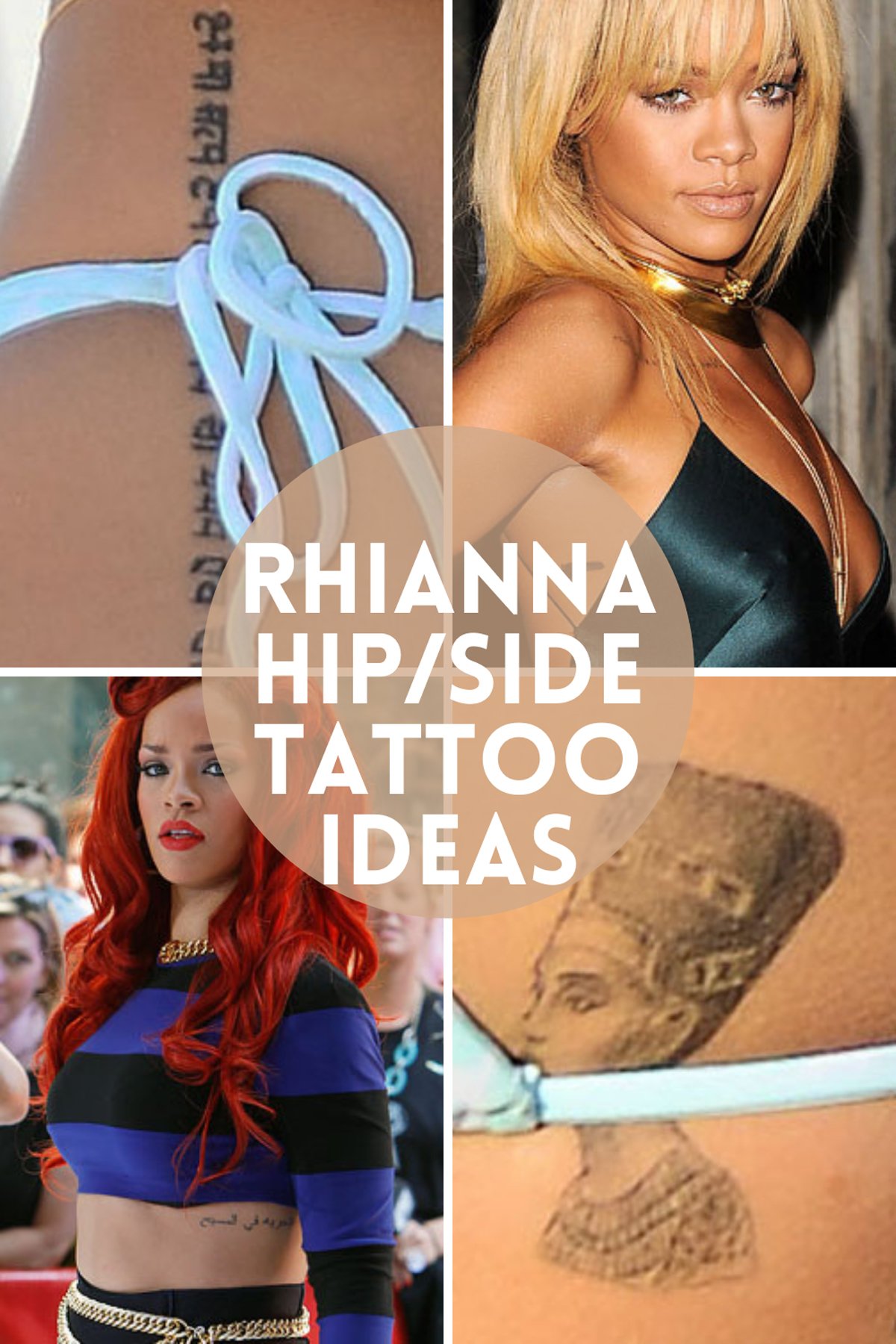 11. Nefertiti on Side: In January 2012, Rihanna showed off her new tattoo in a photoshoot with Terry Richardson – a bust of the ancient Egyptian Queen Nefertiti. The meaning to Rihanna is unknown, but the tattoo is private and hardly ever seen due to it’s placement. Queen Nefertiti was an icon of beauty and had many titles including Hereditary Princess; Great of Praises; Lady of Grace and Sweet of Love.

13. Roman numeral on her upper shoulder 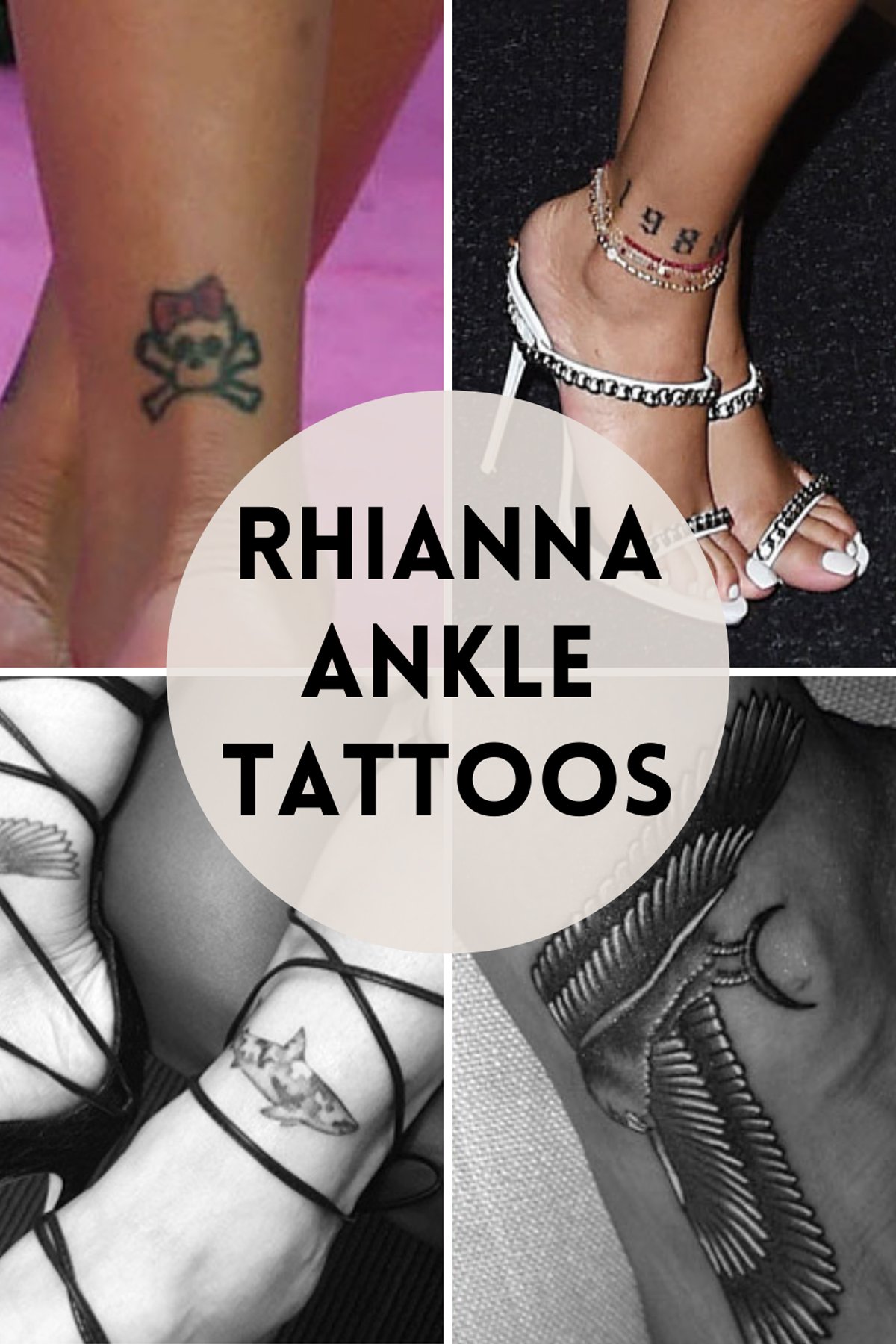 17. Falcon on Ankle: It appears as if the bird has been tattooed in a way to look like a handgun, although Rihanna could have gotten the inspiration for the tattoo from a 2,300-year-old faience falcon. The falcon is on display at the Metropolitan Museum of Art in New York City, where the tattoo artist does most of his work. Rihanna told Oprah the meaning of her tattoo: “Back in the day, they would carve into the walls and they would carve a falcon, because they didn’t have another way of saying a king in the sky.”

19. Goddess Isis on Her Chest:  In September 2012, Rihanna got a new, very large tattoo as a tribute to her late grandmother. Alongside the picture of her new ink, she tweeted: “Goddess Isis – Complete Woman – Model for future generations – #GRANGRANDOLLY – always in and on my heart.” The tattoo is of the Egyptian goddess Isis, who was depicted as the ideal mother and wife. 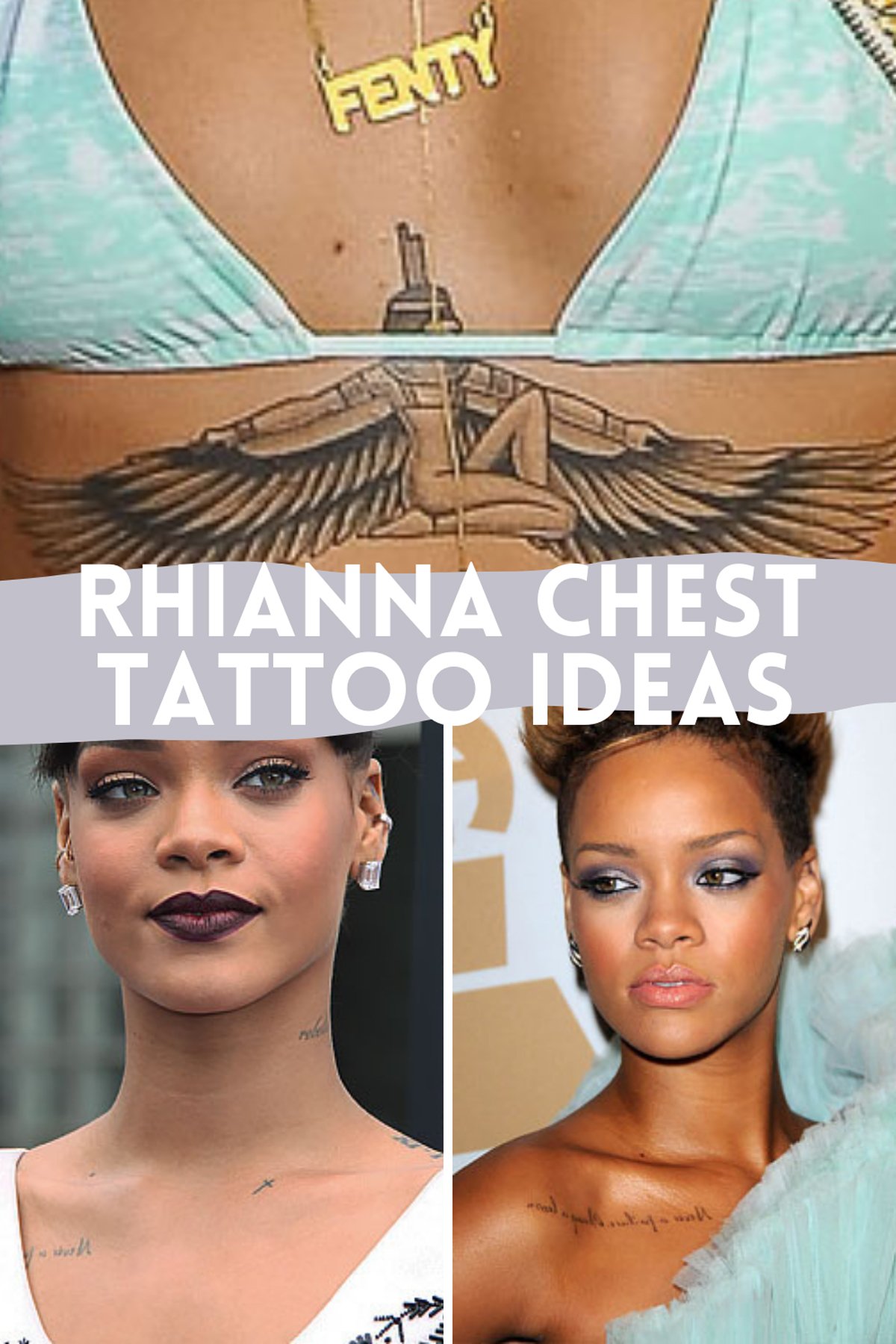 20. Cross on her Collarbone

22. Love on Her Finger: Not a lot is known about this tattoo, or when she got it. The tattoo is of “Love” written in a simple cursive font on her right middle finger. The tattoo is placed so it doesn’t get shown unless she sticks up her middle finger or holds a microphone.

23. Shhh on Her Finger: The premise is that the tattoo will be revealed when you hold your finger to your lips to shush someone. 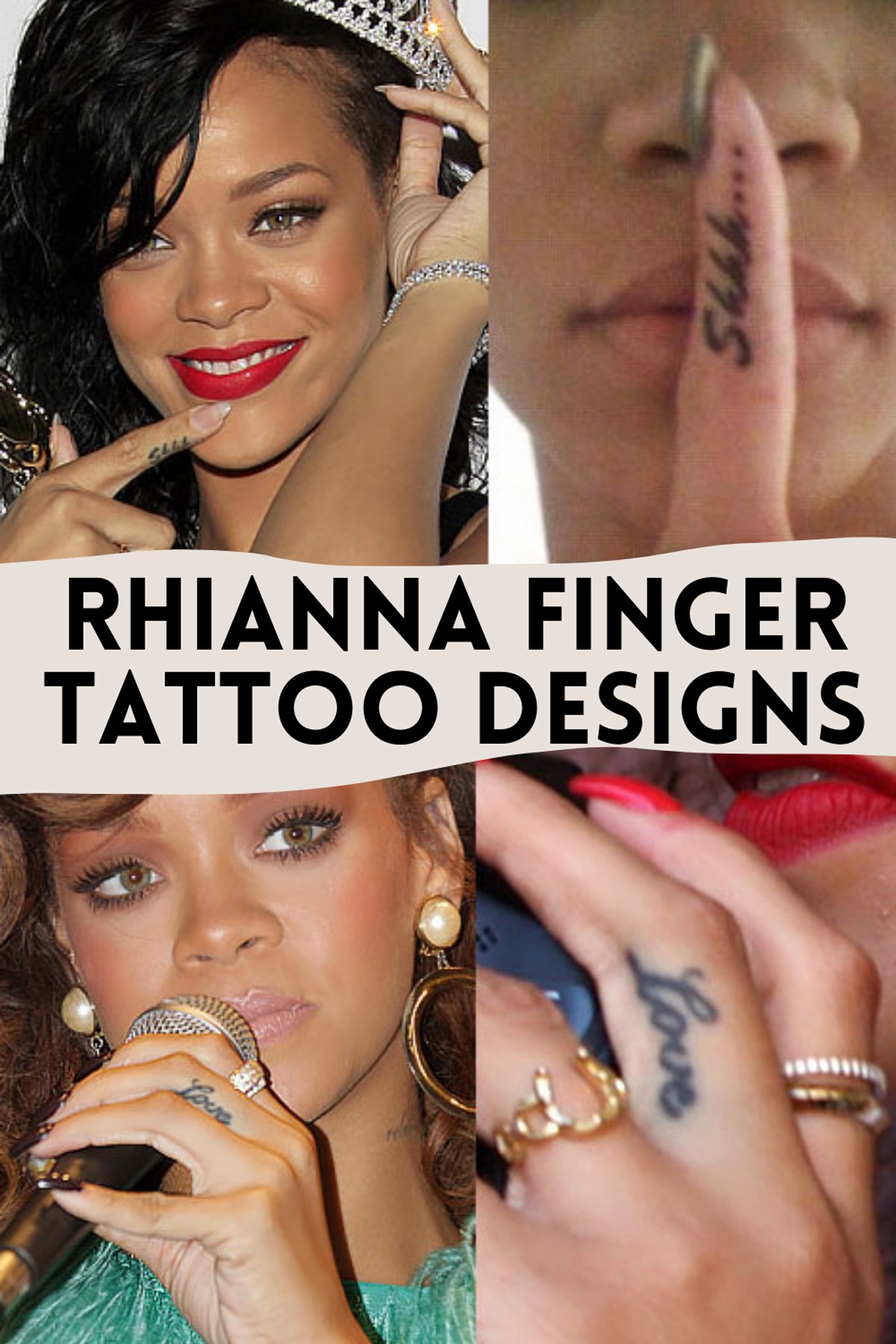 If you like these Rhianna tattoo ideas, then check out some designed inspired by them. 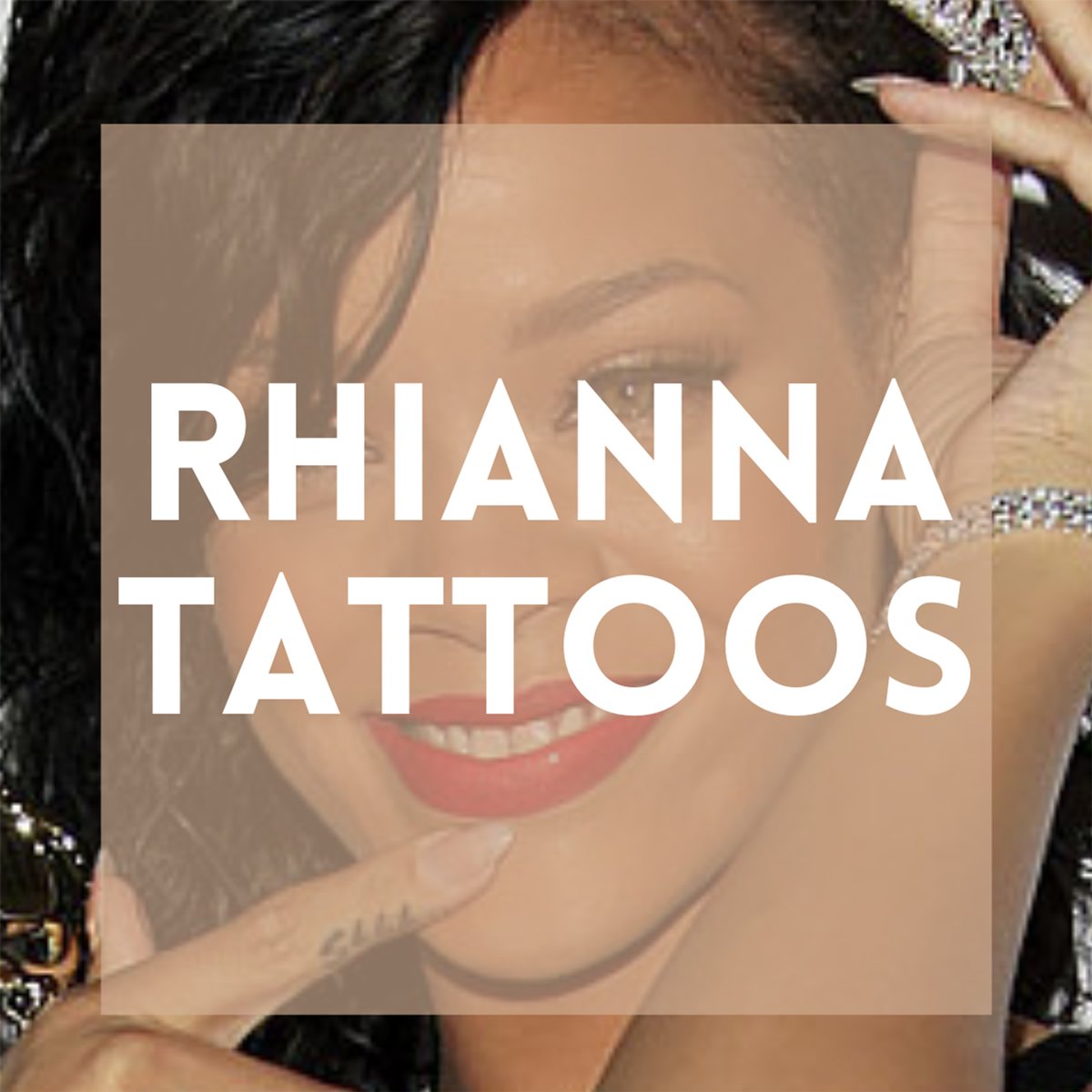