Inside: Go with the Flow Pisces Tattoo Ideas.

Pisces are by nature generous, spiritual, and very open to self-exploration. This makes them deeply intuitive and more open-minded to the mysteries of the world around them. There is an unusual ability in Pisces to accept the duality of nature, the Yin, and Yang.

This is why they are represented by two fish that perpetually “go with the flow.”

Perhaps because of their intuitive, or some say even psychic abilities, Pisces are prone to feel the pain of others and want to help. Their easy-going nature gives them the ability to provide a helping hand for a troubled person without letting their pain really get to them. Whether you represent your sign as the pared-down, sleek sign of the zodiac, or as two intricate fish, flowing around each other in perpetual synchronicity, your Pisces tattoo will show the world how proud you are to be born under this sign.

Pisces are the people that are born between February 20th and March 20th and hence the element that represents them is Water (along with Cancer and Scorpio). The fish is governed by the planet Neptune, named after the Roman god of the sea, representing an illusion, imagination, creativity, and bewitchment.

As a mutable sign, Pisces effortlessly acclimates to their surroundings. These visionary beings have unique access to the collective unconscious through their acumen and make incredible artisans and creatives. Kind and benign, they’re stimulated by shared experiences of music and romance. 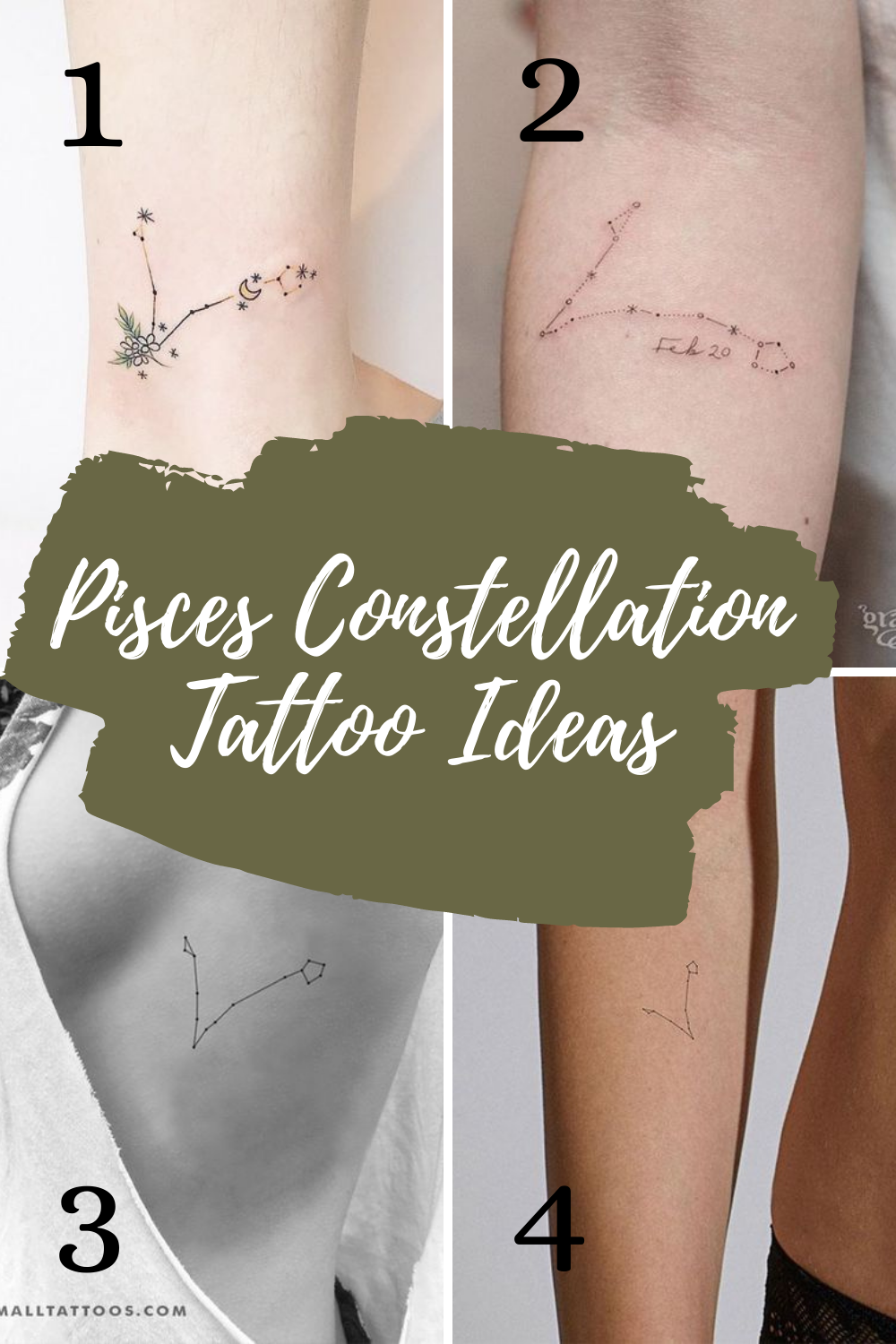 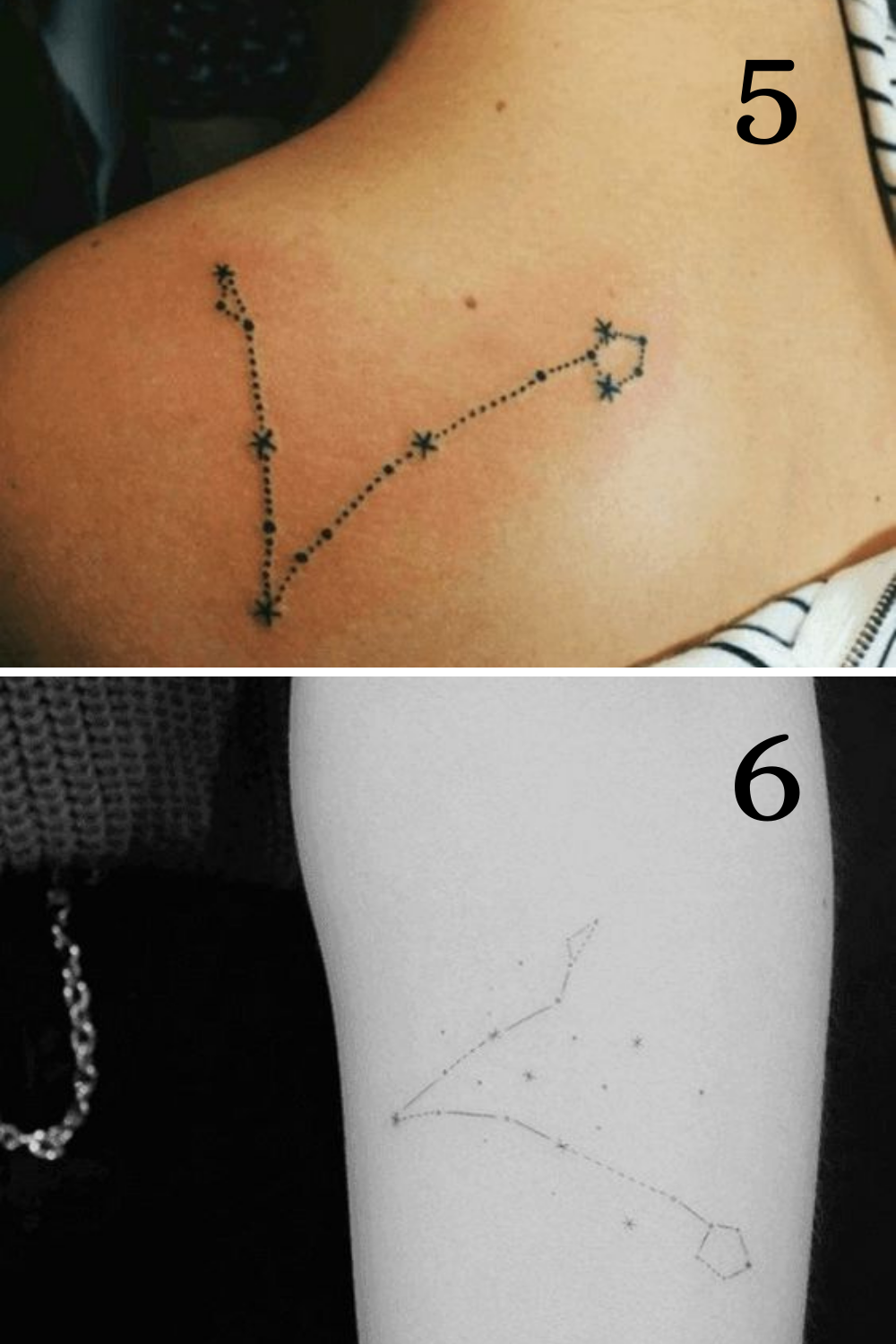 8. Behind the Ear Glyph Idea 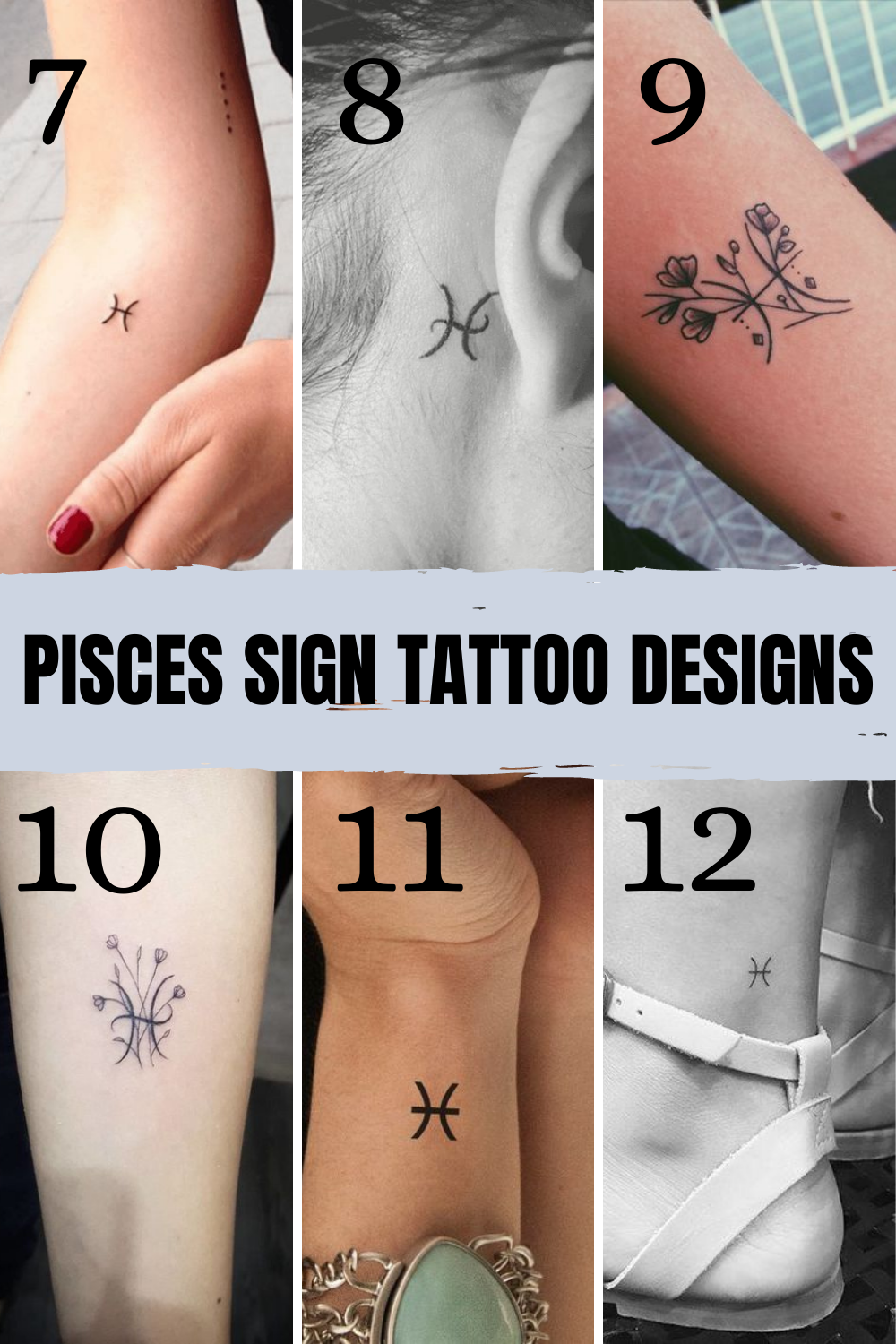 16. Middle of Back Design 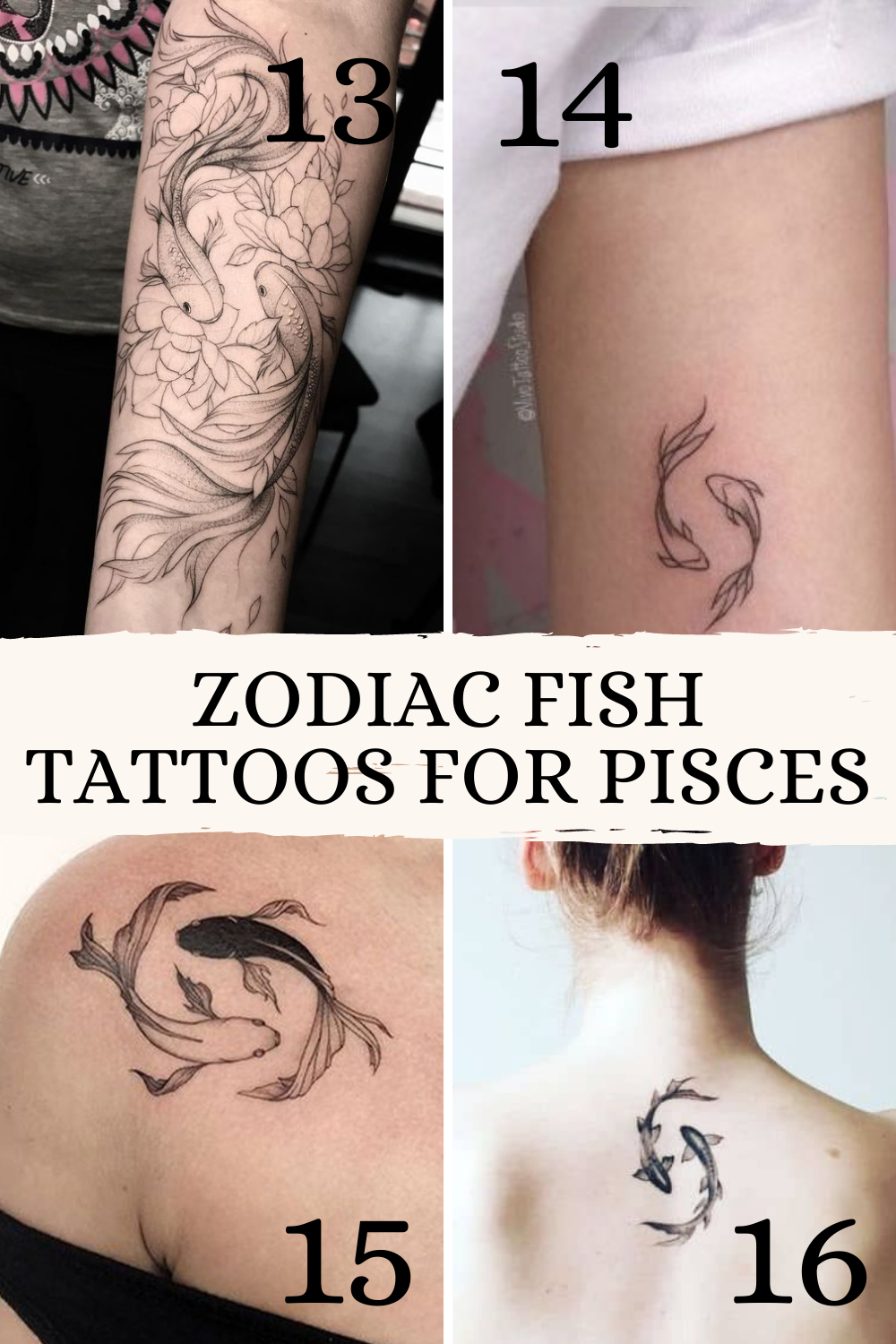 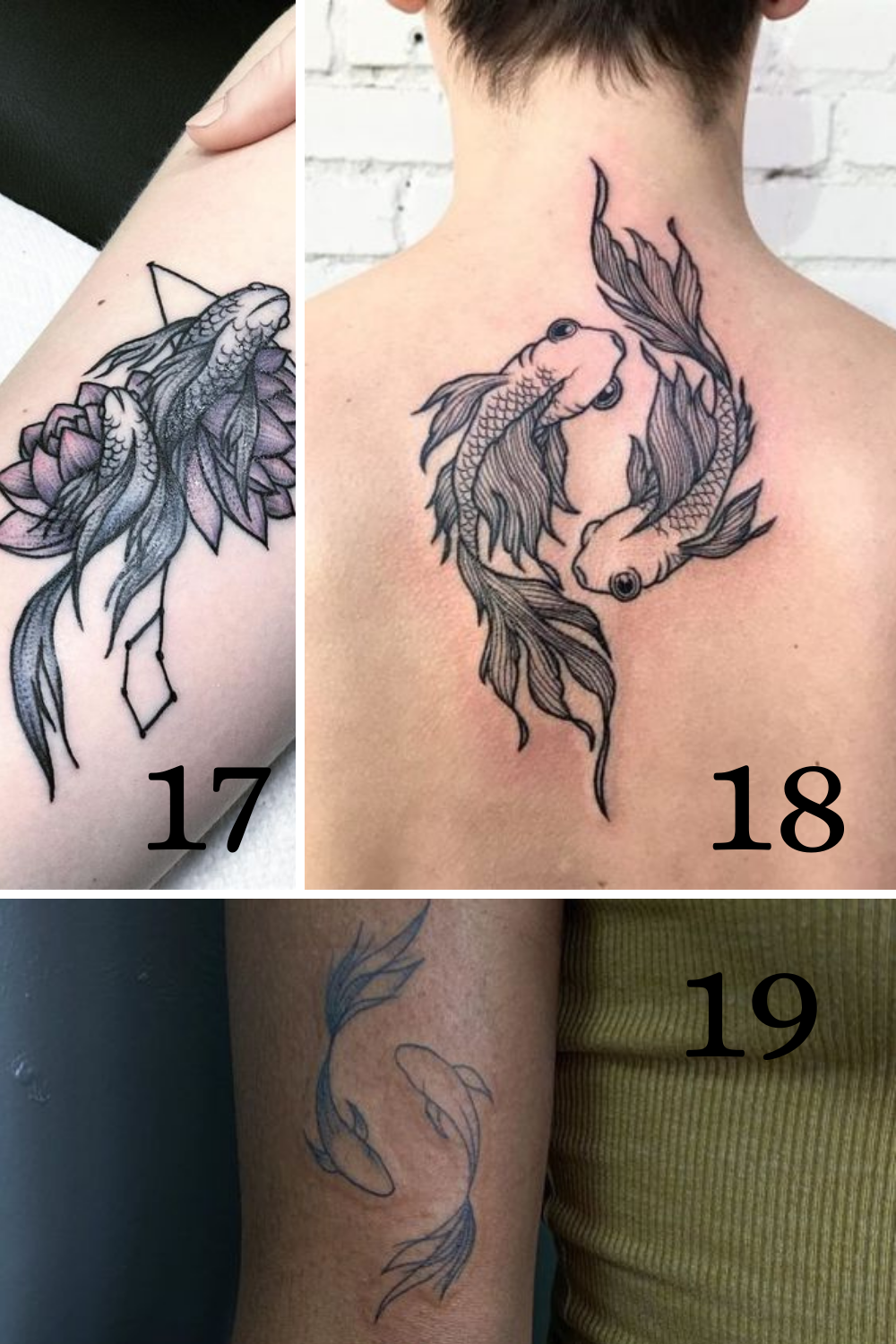 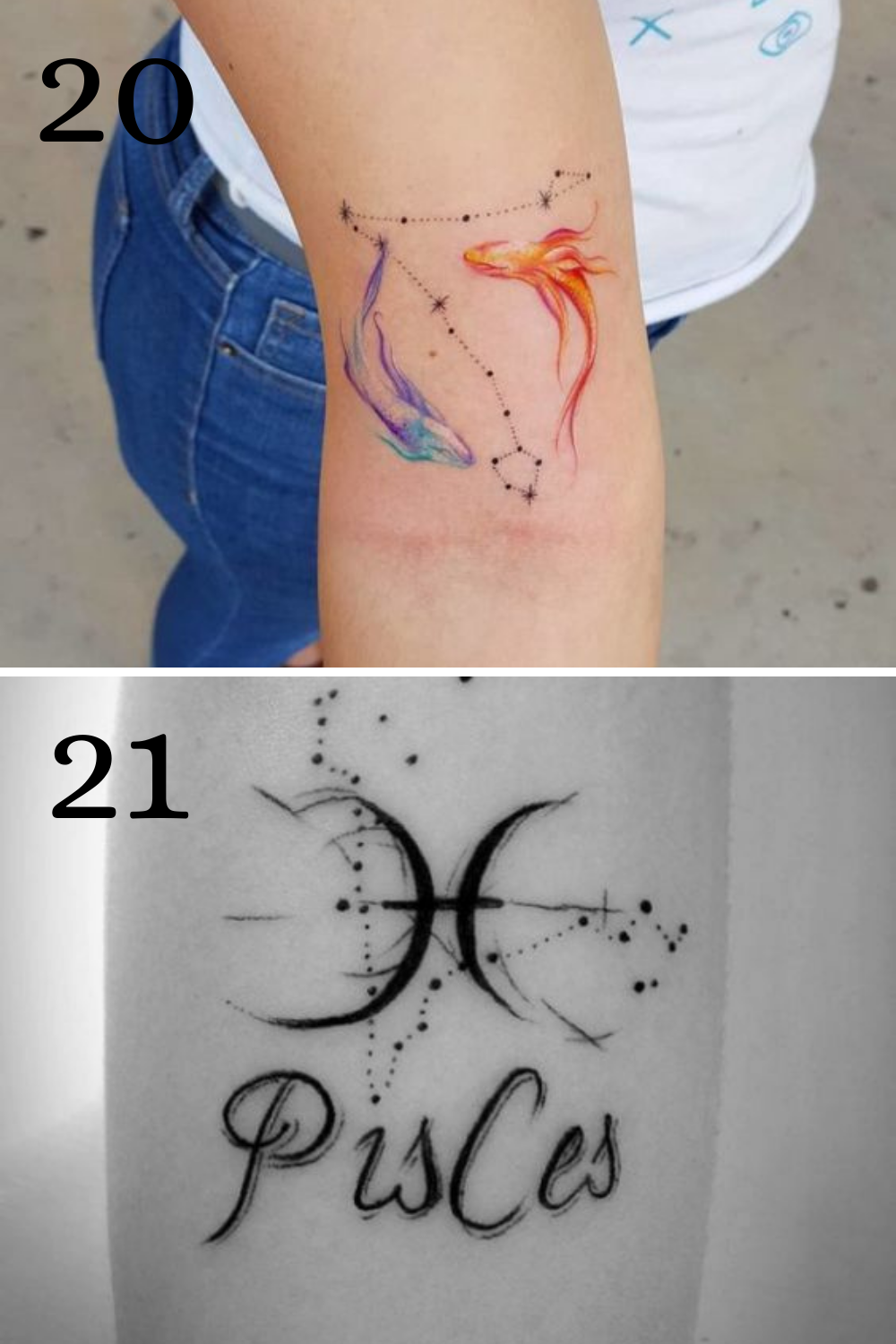 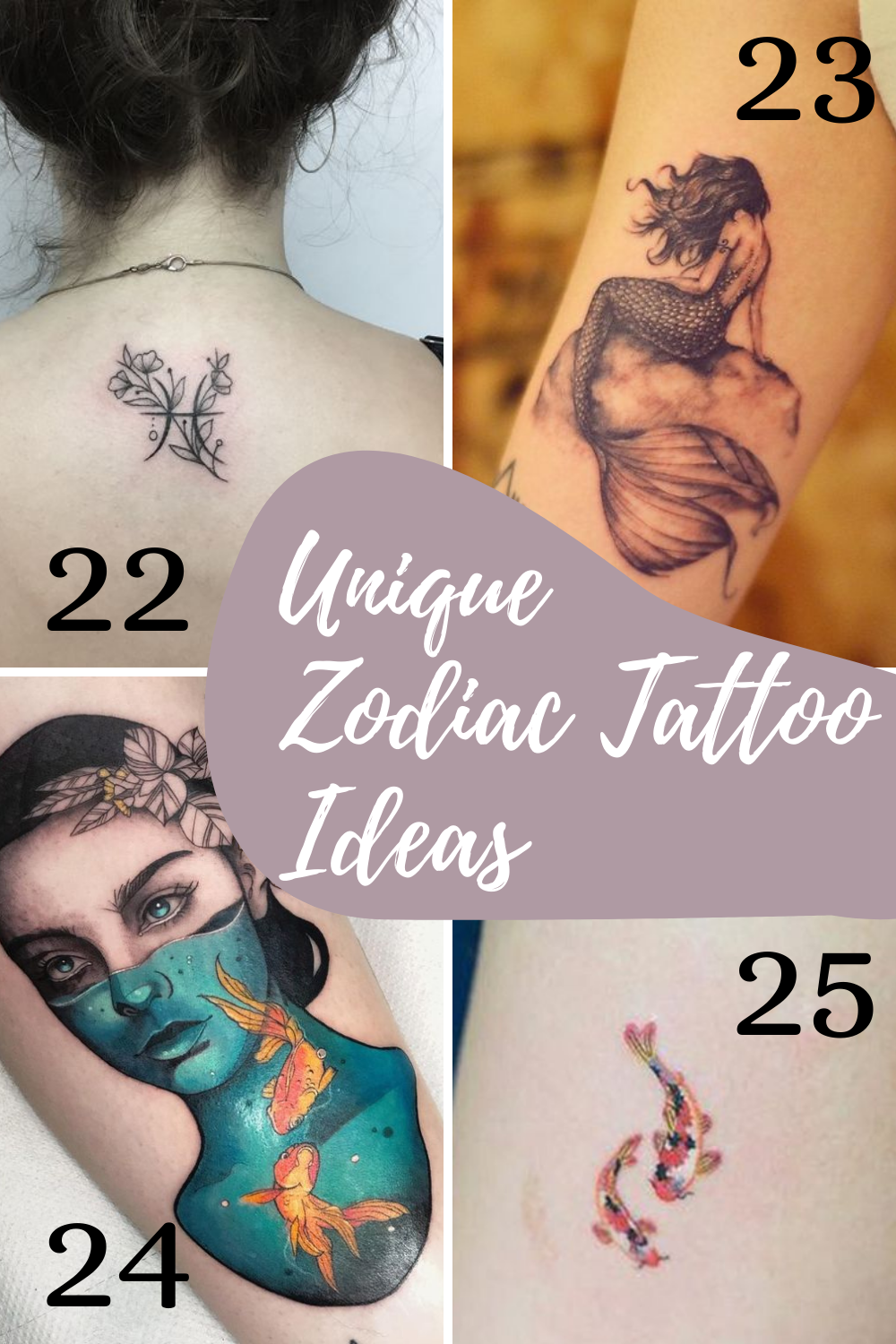