What are Anime Tattoos?

While Western animation incorporates far too many individual styles of drawing to even begin to mention, Japanese anime is so distinct that once you’ve seen it you can recognize it immediately whenever you see it again. Anime characters all tend to look slightly similar.

They all have the signature big eyes, slight noses, and exaggerated, jagged hairdos.

The women tend to have large bosoms and impossibly small waistlines. Usually display a unique sense of fashion, while the male characters generally look like they could all be cousins. 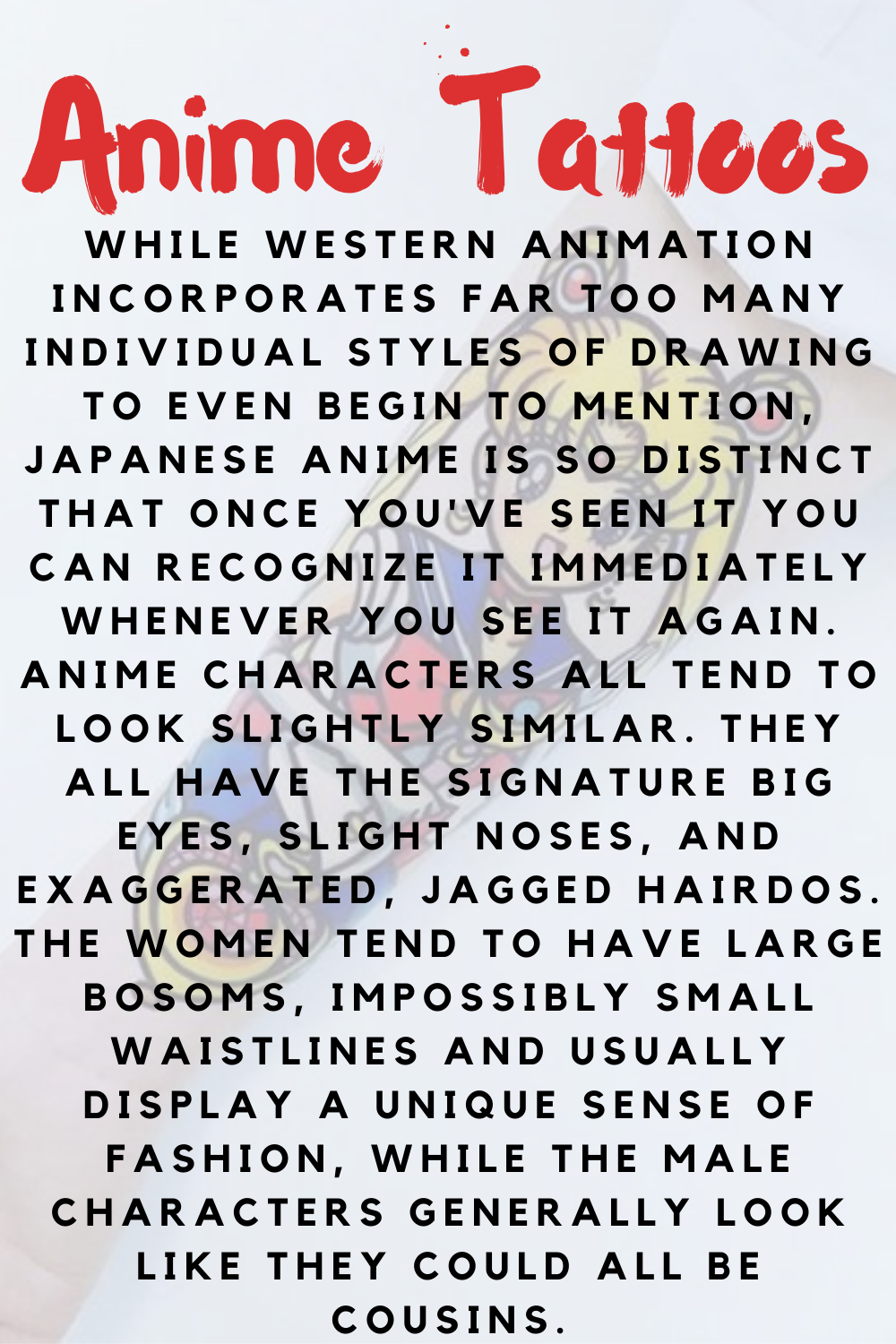 Sailor Moon appeared in the early ’90s, and even though it first aired on Japanese televisions, it was later dubbed into other languages, and this opened it to a global audience that considered the characters become very admired across the world. Due to this, it is very common to see people draw characters from animation such as Usagi, the Sailor Moon, and Luna, the cat. There are also other favorite characters from the Sailor Soldiers such as Rei Hino and Ami Mizuno, and all make excellent tattoo images.

Naruto is a Japanese manga series written and illustrated by Masashi Kishimoto. It tells the story of Naruto Uzumaki, a young ninja who seeks recognition from his peers and dreams of becoming the Hokage, the leader of his village.

Pokémon is a series of video games developed by Game Freak and published by Nintendo and The Pokémon Company under the Pokémon media franchise.

If you love the look of anime tattoos, but the idea of inking yourself with a cartoon character just isn’t your style, why not choose a different genre, but have it recreated in the standard anime style? It’s really like looking at an image through a different type of lens.

There is nothing that portrays the magical essence of femininity and nature better than a fairy tat. These tiny fantasy creatures have a human form and are often depicted as females with gossamer wings. Browse through various designs to find the type of fairy tattoo that appeals most to you.

Even though the dragon is a mythical creature, it plays an important role in Japanese culture, where they associate it with several things. Because of this, it features many anime series and manga. Having the head of a dragon or the whole one also makes a gorgeous tattoo, and since it is very common. You can get stylish totem easily because most artists know how to draw it. One of the most common ways of having it inked entails having it as an Uroboros. Which is essentially a dragon eating its tail. This image makes an outstanding tattoo design for the reason that of its deep symbolism in the Japanese culture and others from different parts of the world.

A sexy anime girl is a very eye-catching body marking, and this is more so for men. In the majority of cases, it entails drawing a beautiful Japanese girl with a short skirt, long hair, and some long boots. While most people will have a girl from their favorite series or manga, others will just have an image of a cute and sexy Japanese girl. 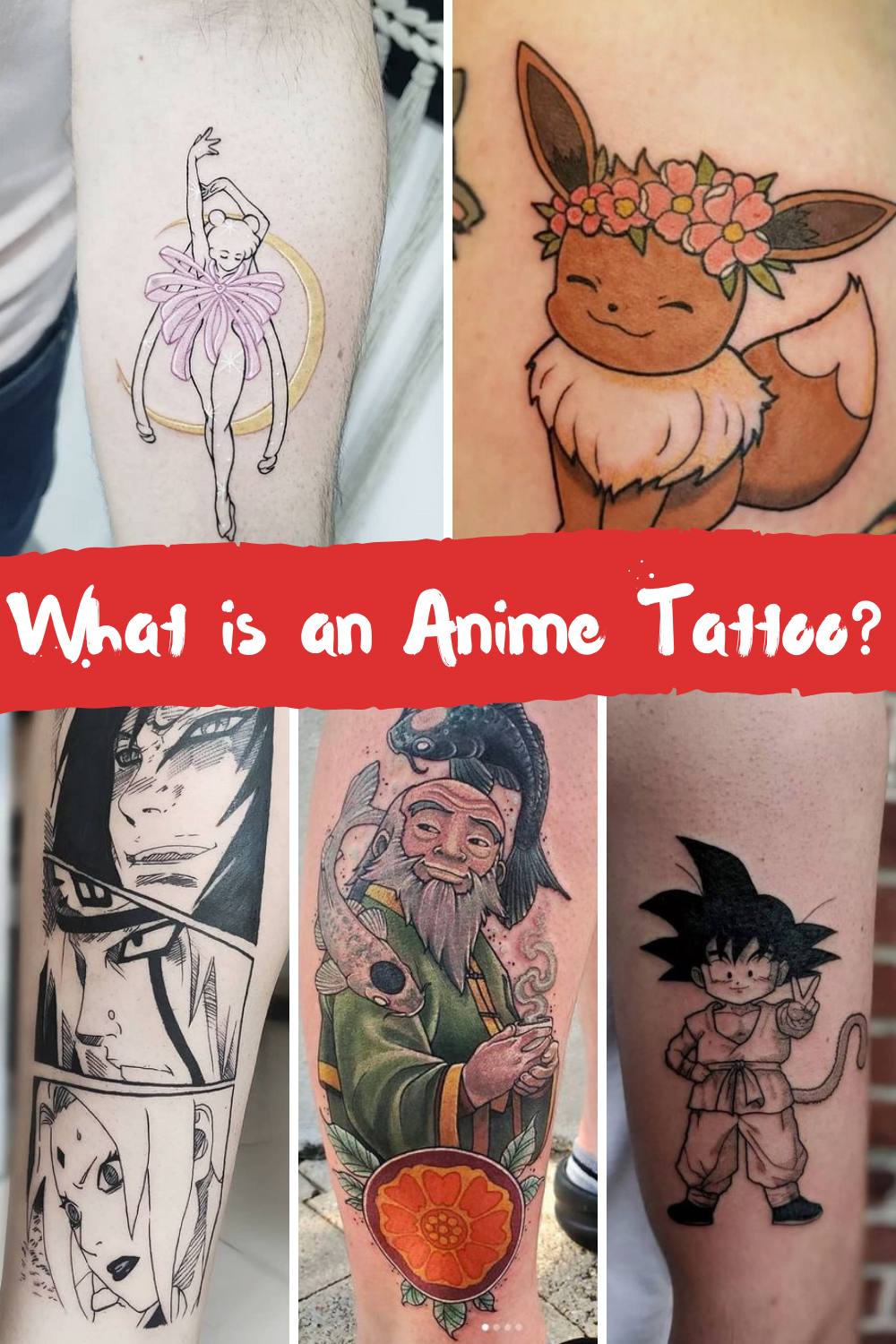