Dolphins are such magical and mysterious animals.

On the one hand – just the animal inhabitants of the sea, and on the other – being endowed with intelligence, friendliness, playfulness, helping a person in critical situations.

Perhaps that’s why dolphin tattoos are so popular.

The meaning of dolphin tattoos can vary depending on the styling of the image, there are so many different unique and playful meanings to a dolphin, all of which hold a special place.

Check out some of our favorite playful dolphin designs and inspiration. 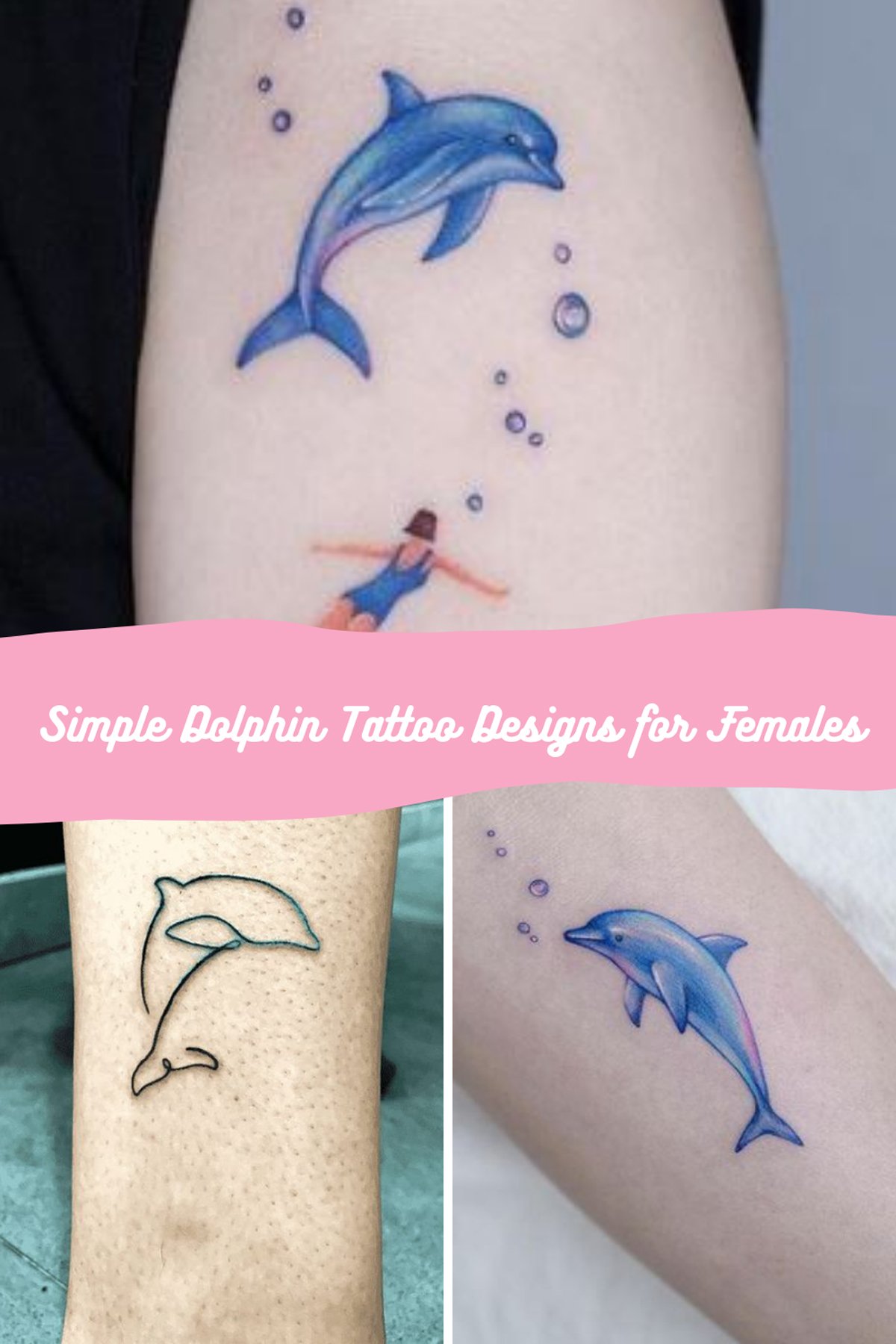 A dolphin tattoo idea is a popular choice for lovers of aquatic life and is also associated with playfulness and fun.

The tattoo dolphin is a great choice for those wanting a cheerful symbol of the beach and ocean, while also appealing to people who identify as free spirits.

The dolphin symbol is most often etched for female tattoos lovers, who often choose smaller versions of the animal, often leaping from the water or frolicking in the surf.

Dolphin tattoos are associated with a lot of different meanings. As one of the most intelligent creatures in the world (some people go as far as believing that dolphins are smarter than humans), the dolphins of course has the symbolic meaning of intelligence.

In myths that come from sailors a long time ago, dolphins saved lives of sailors by saving them from drowning and bring them back home. Dolphins’ kindness and peaceful relationship with humans over time make them the symbol of peace.

Due to the fact that the dolphins seem to be always swimming together in groups all the time, the dolphins are often used for symbolizing closeness to family.

The cute appearance of dolphins and the impression that they are always playing, jumping in and out of water gives the dolphins a symbolic meaning of playfulness.

Additionally, from ancient Greece stories, the dolphin has the symbolic meaning of god. The solar dolphin, the dolphin that appears with the sun, and the lunar dolphin, one that appears with the moon, are used for representing two Greece gods, namely Apollo and Aphrodite. Apollo, or the sun dolphin, stands for health and rebirth, while Aphrodite, or the moon dolphin, stands for dreams and hidden power. 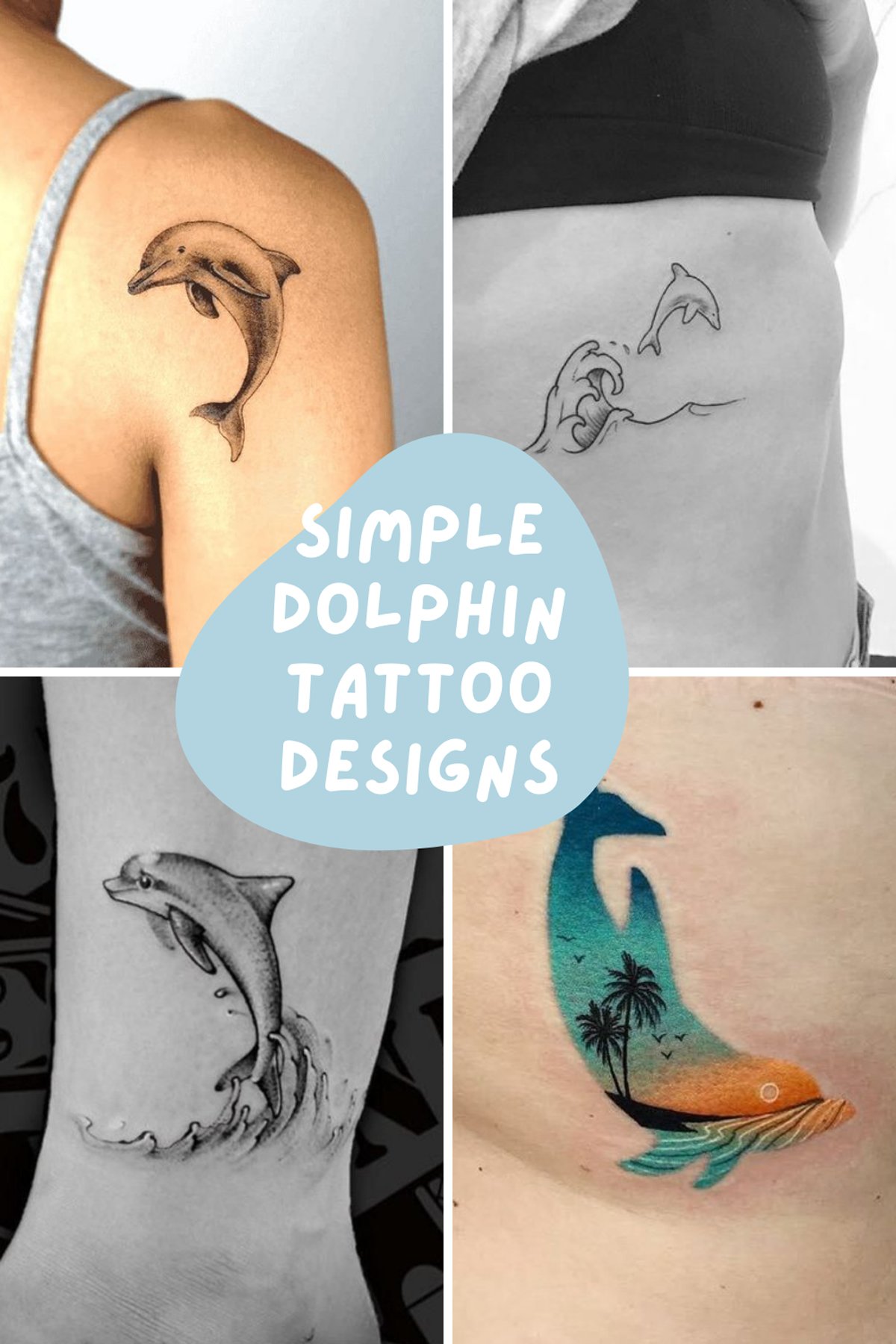 10. Dolphin Jumping Out of a Wave

27. Dolphin Jumping Out of a Wave

With more women opting for a stronger, bolder, sexy tattoo style of personal body art, tattoos accentuating the curve and flow of skin have been gaining popularity along with more complex creations with layers of symbolic meaning. 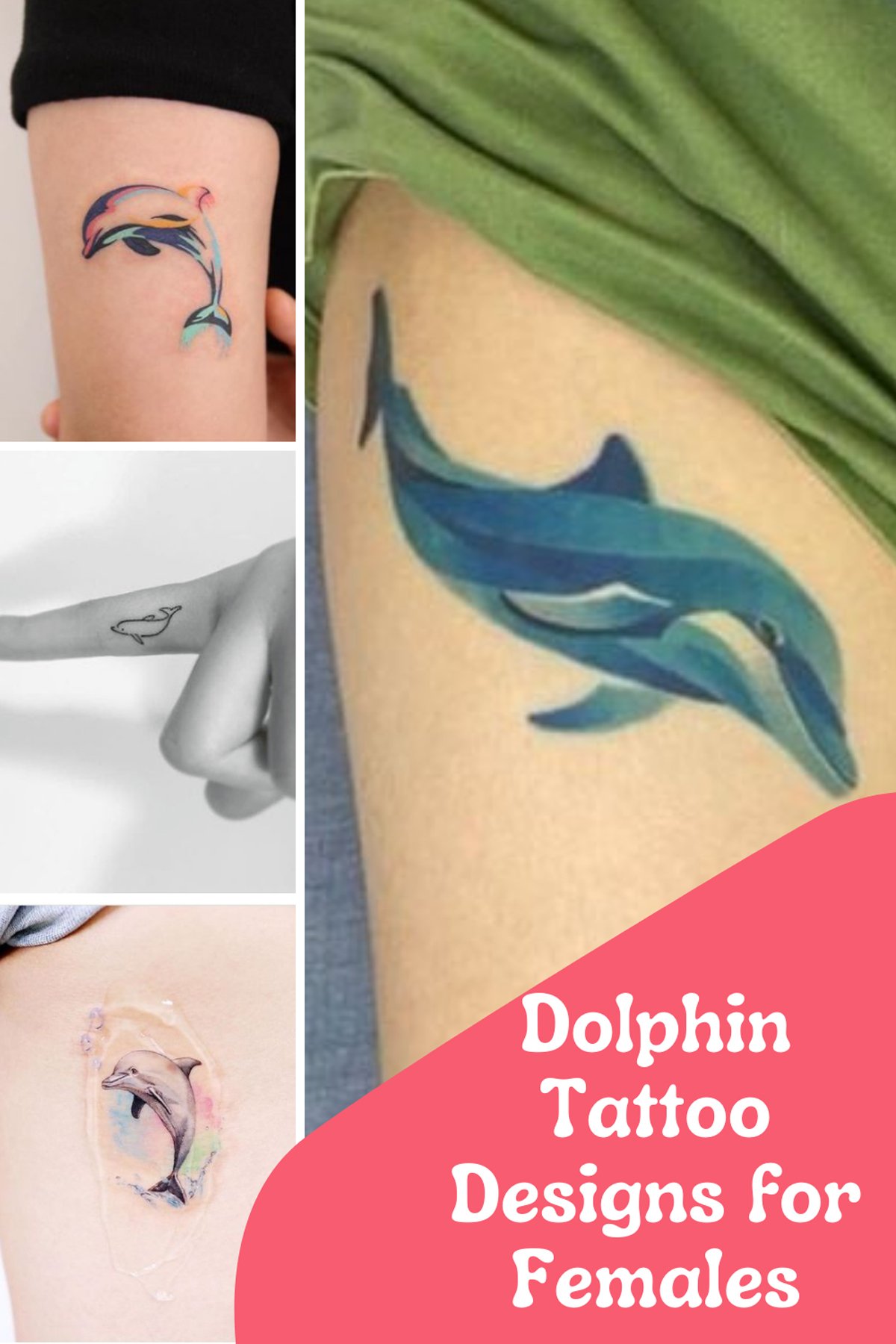 40. Dolphin Jumping Out of a Wave

These unique dolphin tattoos are just a few of our favorite fun ways to create a unique design.

47. Dolphin Peeking Out of Water

58. Dolphin Jumping Out of Boquet of Flowers 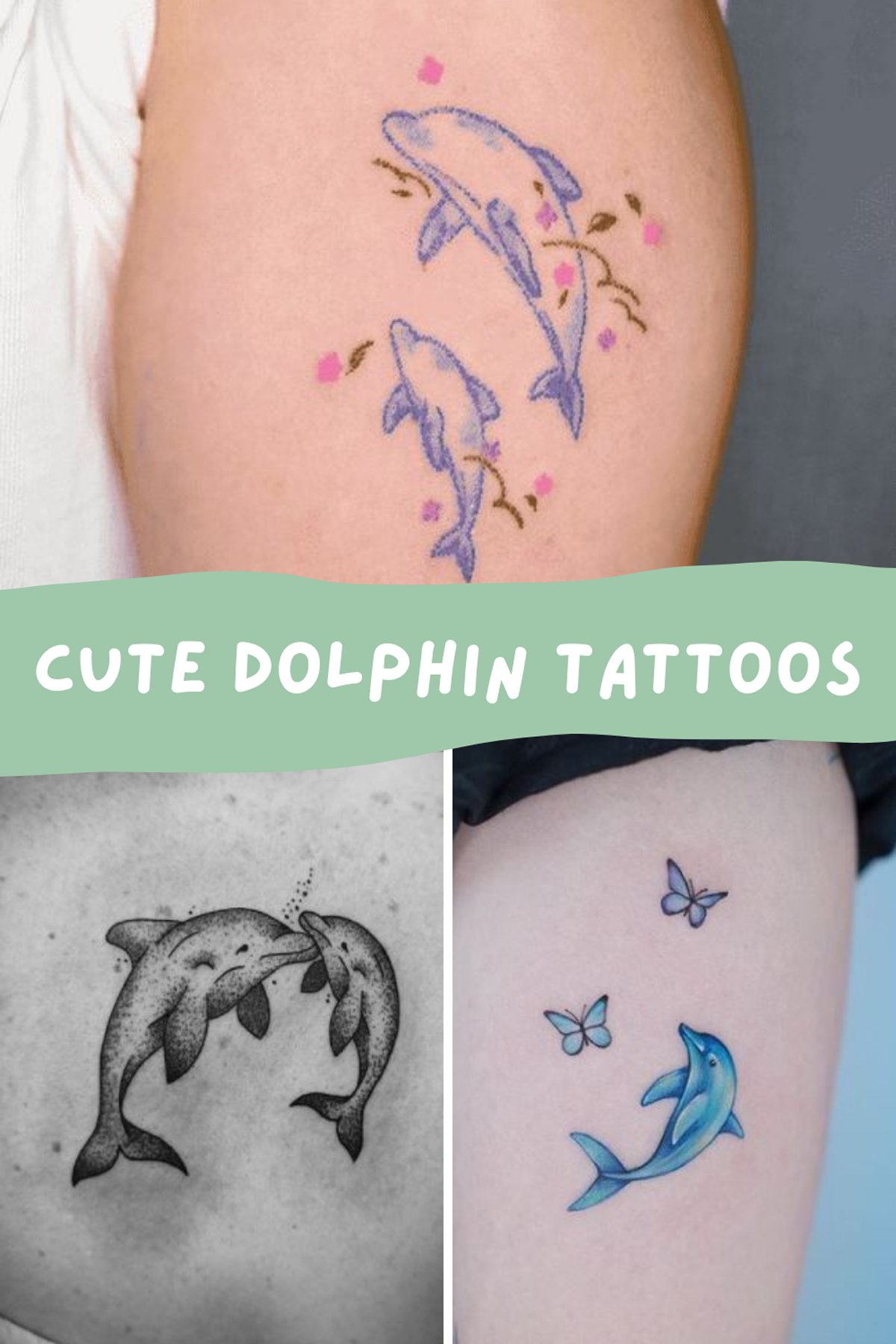 71. Dolphin Jumping Out of a Wave

If you like these dolphin tattoo ideas, then check out a few more of our favorite ocean-inspired designs. 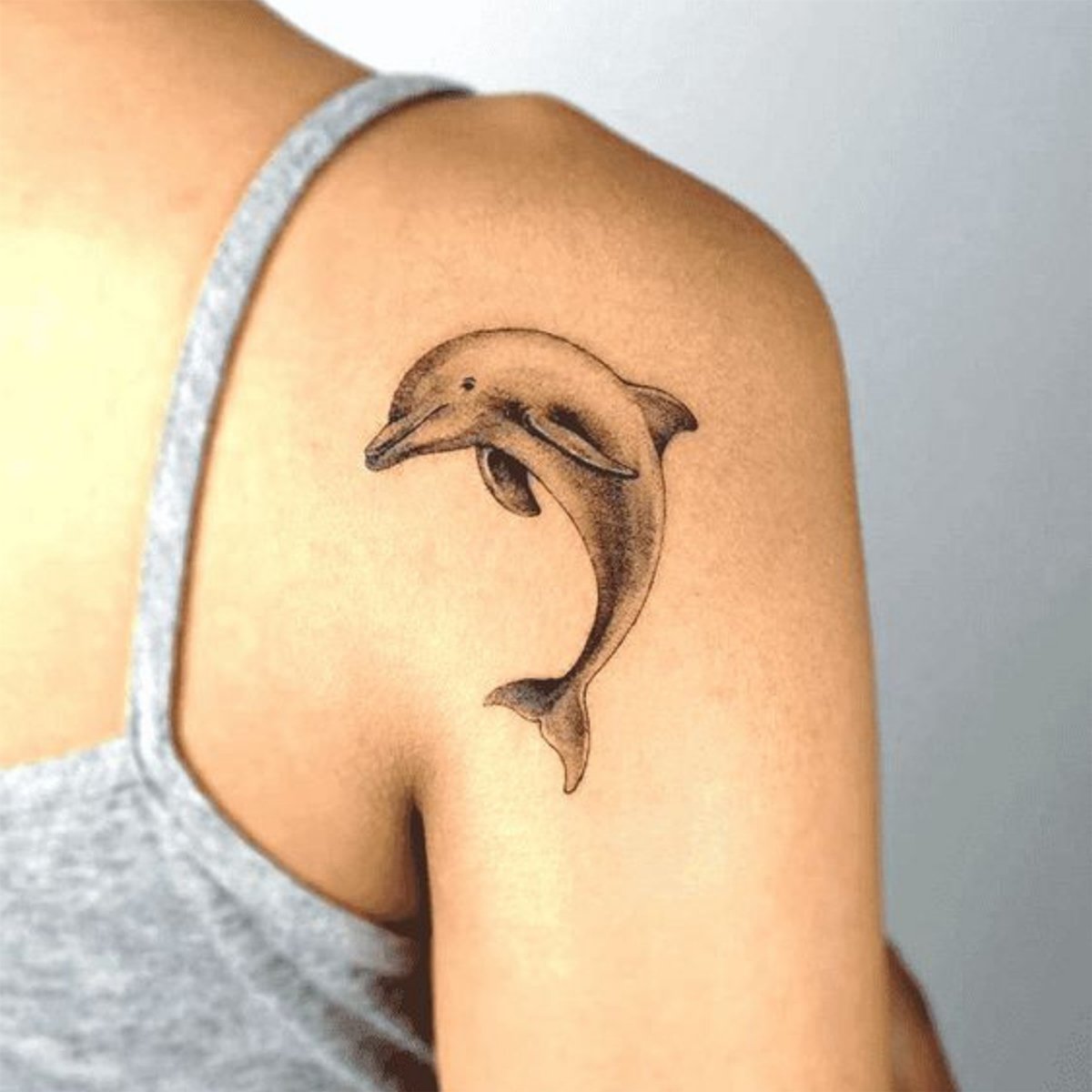