You’ve decided it’s time to get a tattoo and started researching the best way to go about it. During your research, you may have come across the term “scarification” and heard some reviews on how it’s as good as getting a tattoo. Now you’re probably wondering if they’re the same thing. If they are, then why the different term?

What is a Scarification Tattoo?

Scarification refers to cutting, scratching, or burning the skin, often with an artistic etching, to permanently modify. This practice has historical roots in West Africa and was introduced to the United States in the 1980s. There are several types of scarification, including cutting and strike branding. 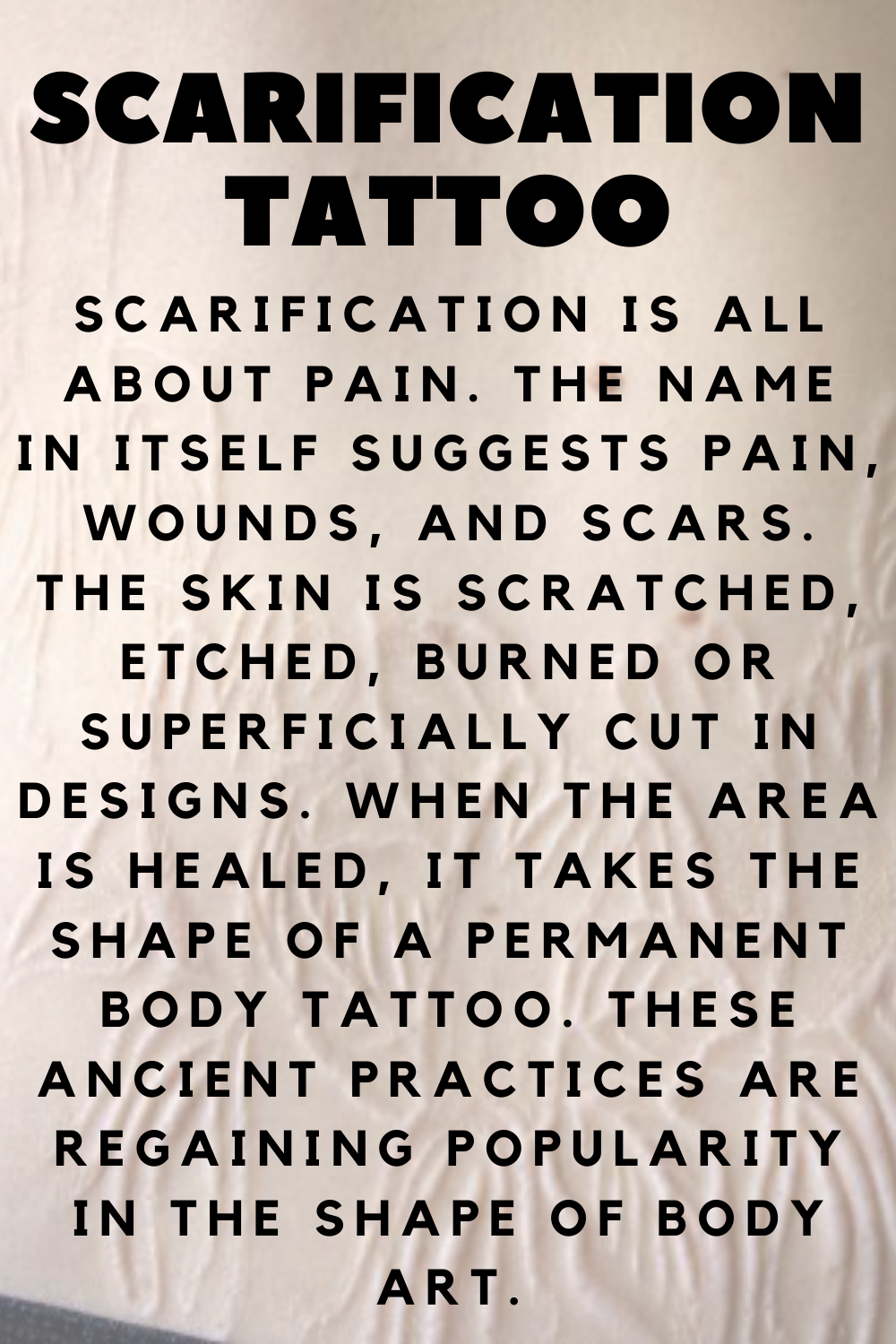 Why Do People Use Scarification?

Traditionally, people used scarification to mark various symbols, like the tribe they belonged to, as a form of personal identity, and to signal their spiritual beliefs. Scarification was typically used by people with darker skin, where traditional tattoo ink could not be clearly seen.

Some people continue to use scarification today to clearly demarcate themselves as those who don’t fit into traditional society. They may wish to express their rebellion against societal norms. And just like any other form of identification, scarification can also help a person feel unique and individuated.

Scarification is a practice that originated in West Africa and was used by the aboriginal population in Australia. It was a cultural practice developed as an alternative to tattoos. Both these demographics had darker skin where tattoo ink could not be clearly seen.

As a substitute for conventional tattoos at the time, West Africans and Aboriginal Australians developed scarification as an alternative way to artistically mark the skin.

The practice of scarification eventually died out as the world modernized and more tribes began to wear clothes to cover their body, so the art was hidden. However, it reemerged as a form of self-expression in the 1980s, particularly in San Francisco, California, where the LGBTQ community took a particular interest in such an expressive art form.

However, even in contemporary times, some people use strike strike branding to create unique marks on their body. Strike branding is where a hot iron is placed on the skin to burn a scar onto the surface.

Luckily, strike branding has been modified today and the technique uses cold liquid nitrogen instead of heat to make a scar. It’s important to mention, however, that regardless of the technique used, scarification is still a pretty painful process. 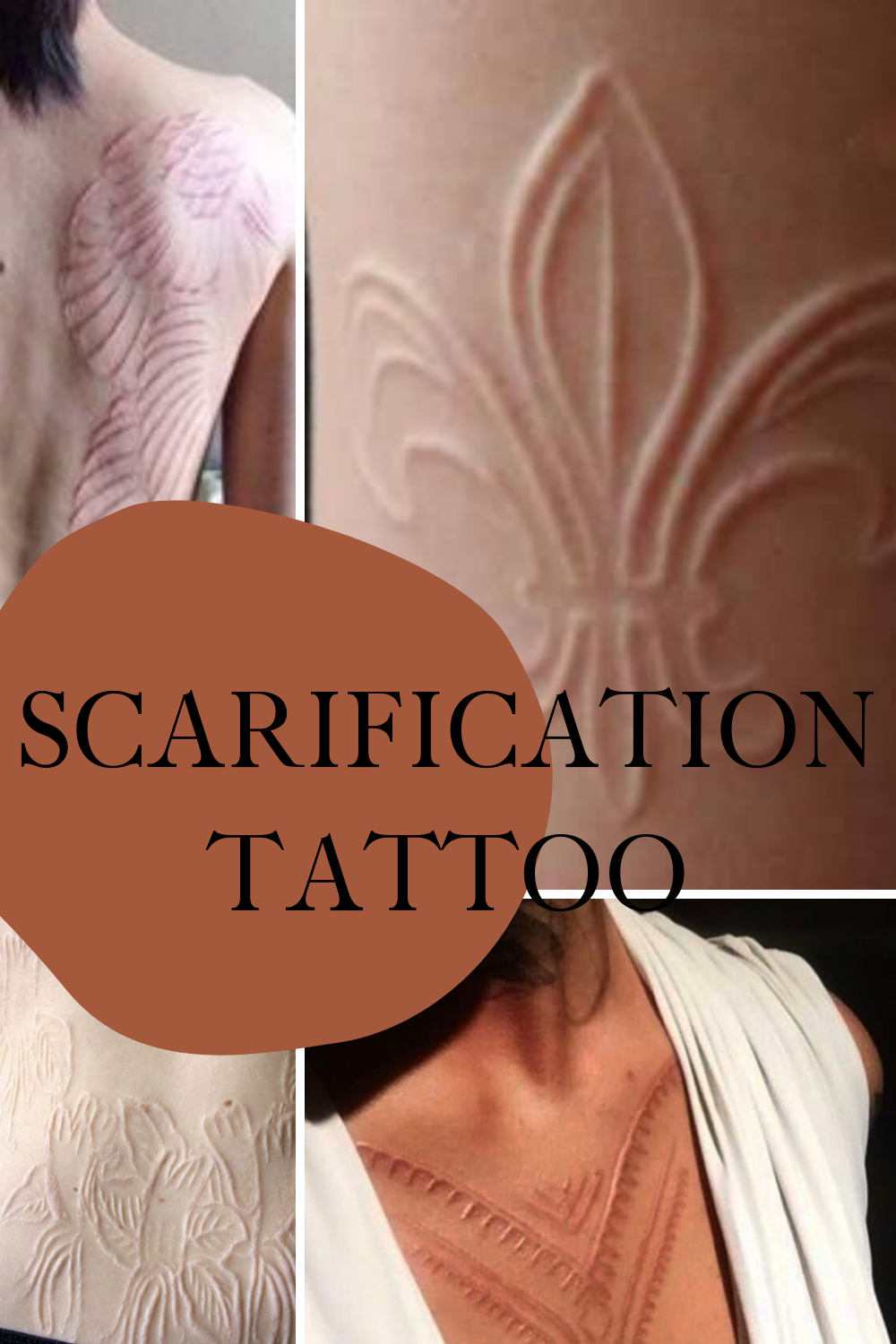 Scarification and tattoos may both be marks of art, but they’re unique techniques in their own respects. While both create permanent markings, scarification involves physically manipulating the skin. In contrast, tattoos manipulate the skin using ink and a needle.

However, both scarification and tattoos share one thing in common – they help a person develop and create a sense of identity and belonging through an artistic display on their body.

Scarification is an ancient practice that has resurfaced today as a form of self-expression. Those who wish to dissociate from what they consider traditional societal standards are drawn by scarification as a means to symbolize their unique identity.