When you think of getting an animal tattoo, most likely the first one that comes to mind is not the snail.

A lion, an owl, a deer, even a ladybug tattoo seems more likely. But a snail?

This overlooked creature is more than just its speed and slime. A snail embodies the slow and steady speed of Mother Nature, of life and happiness. If you really treasure something, really value the outcome, you don’t rush your way through it. No. You go slow and steady, marveling at the journey more than the final destination.

Snails are also symbols of being self-sufficient and responsible. Why? Well, it’s one of the few creatures in the animal kingdom that actually carries its house on its back! Plus, there’s a whole metaphysical element to the snail–the spiral on its shell can be seen as the unending journey of the human psyche. Just as a spiral goes on and on, so do our thoughts, so does our consciousness. Trippy, right?

See the deeper meanings and fun designs with these snail tattoo ideas! 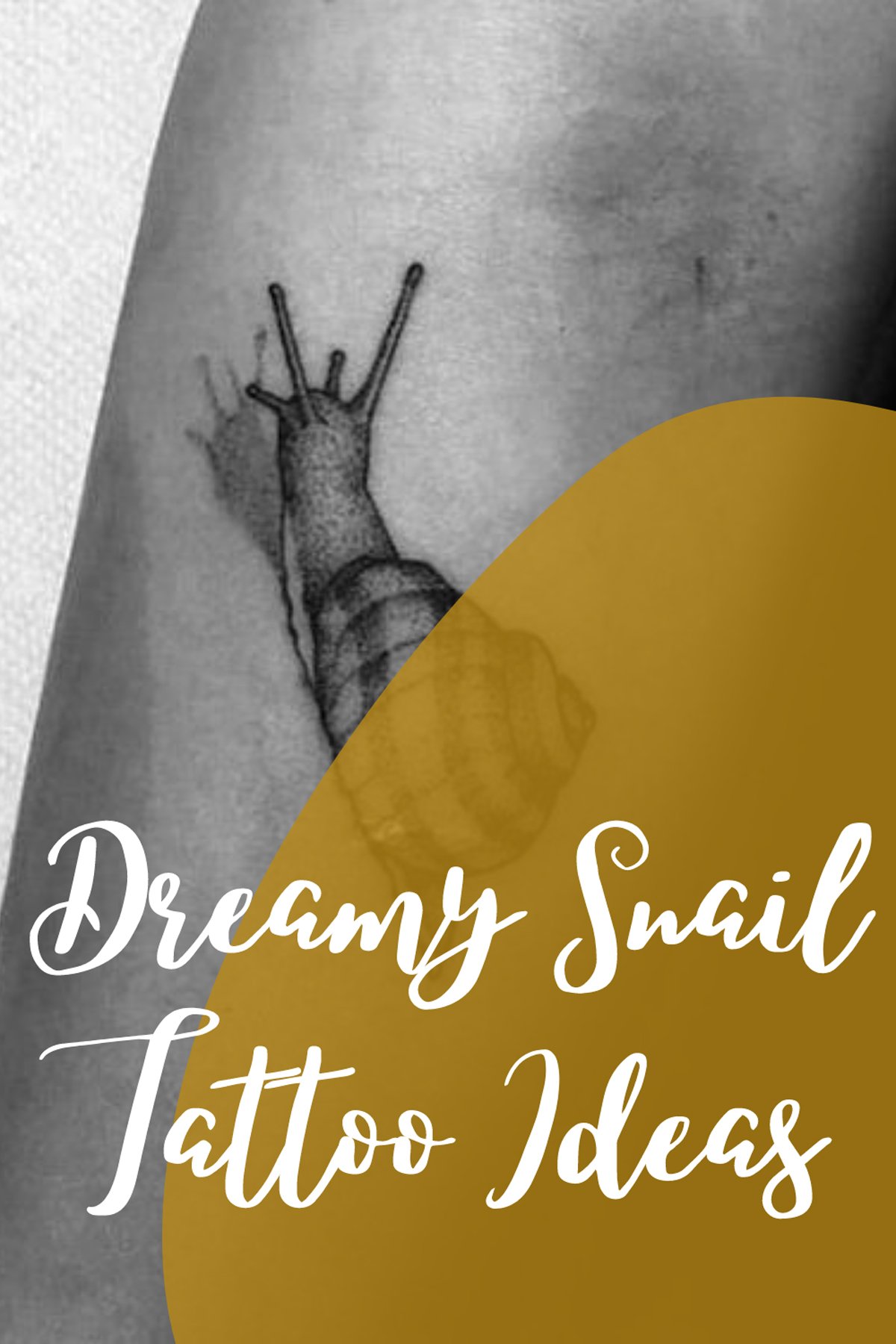 Selecting the perfect animal tattoo isn’t an easy feat. Animal tattoos are often seen as being linked directly to the spirit. The animal you choose will have a long-lasting effect on your spirit, your life. If you truly want to embody the animal you get tattooed, making the right choice is an important decision.

Consider the snail. Snail tattoos aren’t very common, but maybe they should be. A snail’s body is protected by a hard, outer shell, a mobile home of sorts. If you’re someone who doesn’t like to stay rooted in one place for long, you share that restlessness of spirit with a snail. A snail is constantly on the move, constantly looking for something bigger, better, and brighter. Even though snails move extremely slowly, they never stop moving. They are great symbols for perseverance and dedication. Sometimes we look at our lives and think we’re not making any progress–we’re at a standstill. One moment a snail is one side of the yard and we, bored watching its miniscule progress, stop tracking it. The next time we look, voila! The snail has made it all the way to the other side of the yard. Like we said: Slow and steady wins the race.

Other symbolic meanings of the snail:

Let’s start off with some cute snail tattoo ideas that are packed full of charming character and whimsy designs. Trust us when we say, it’s going to be hard to decide what type of snail tattoo you want.

2.  Snail with Floral Print on Shell

5. Pair of Snails on a Little Mushroom

6. A Snail Eating a Strawberry 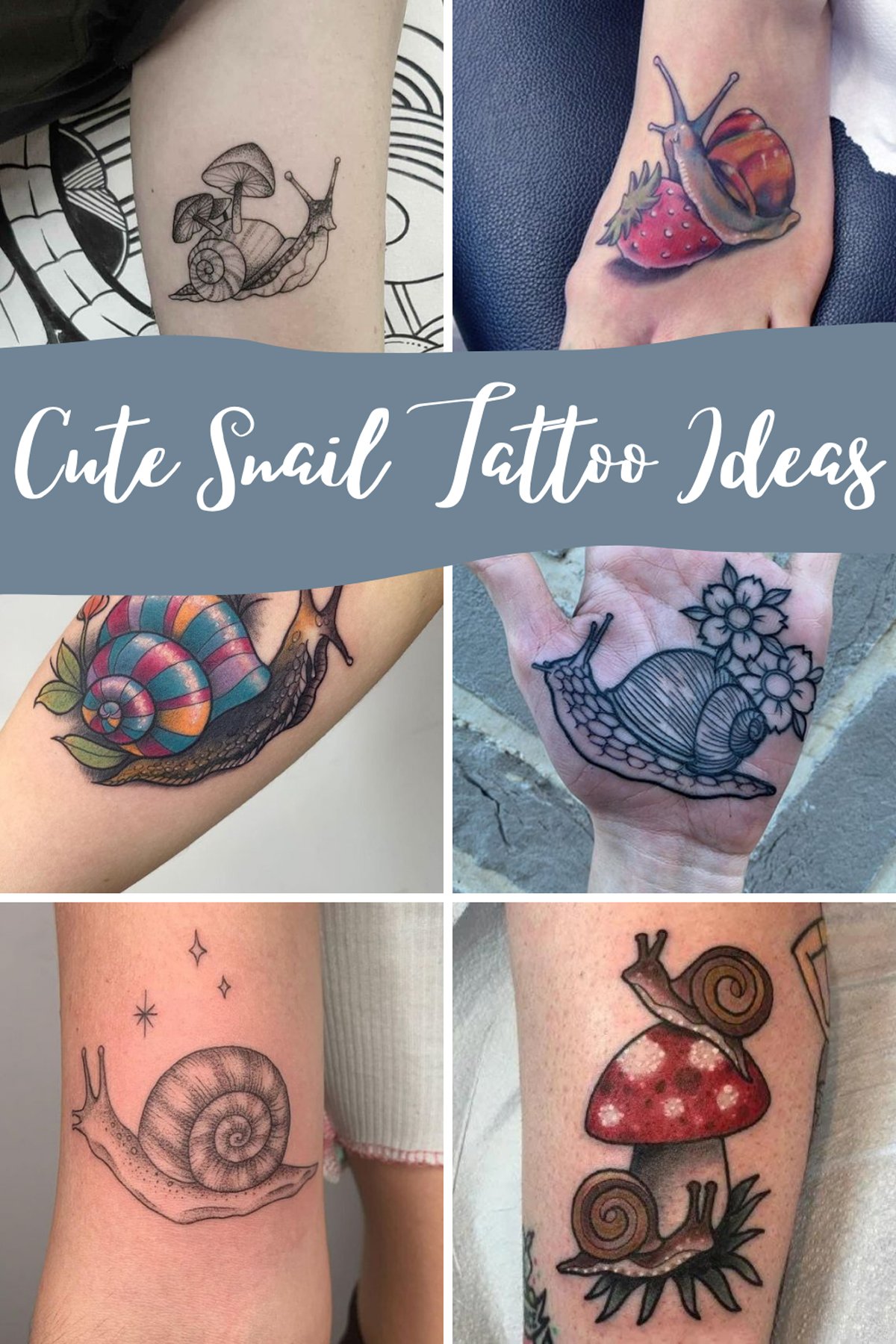 10. Snail with a Donut Shell

15. Black and White Snail with Mushrooms

These small designs are great if you’re not looking for a BIG commitment. The tiny details and fun placements patch the snail characteristics perfectly.

16. Small Snail with Linework on Forearm

20. The Littlest Snail Design On Hand

21. Little Snail Sitting on a Plant

25. Behind the Ear Snail Idea

31. Snail with Flowers Growing on Shell 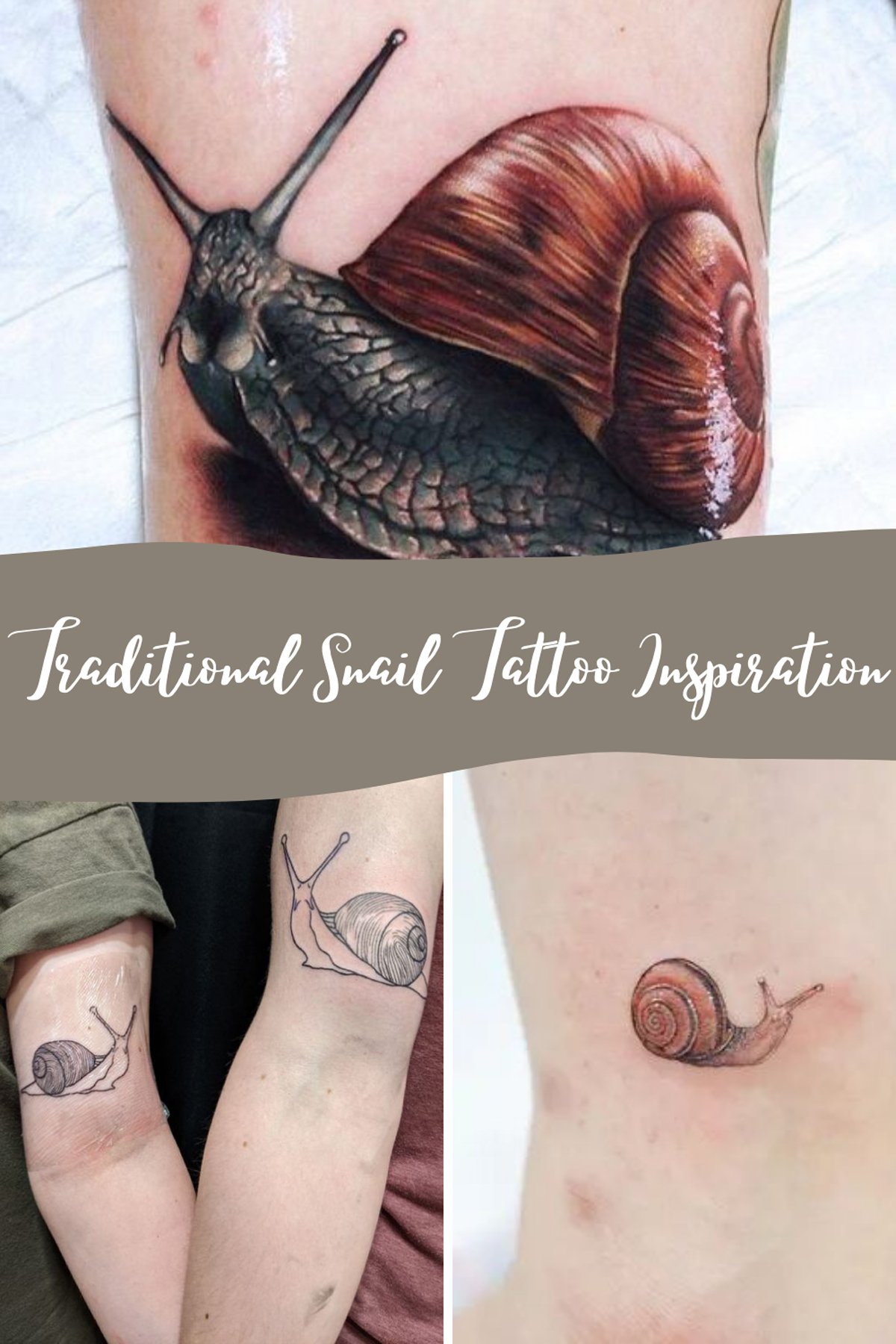 39. Half Sleeve Snail and Mushrooms Design

45. Colorful Shading on Tattoo of Snail

We all have a favorite cartoon snail, Turbo, Gary? Who is your favorite? 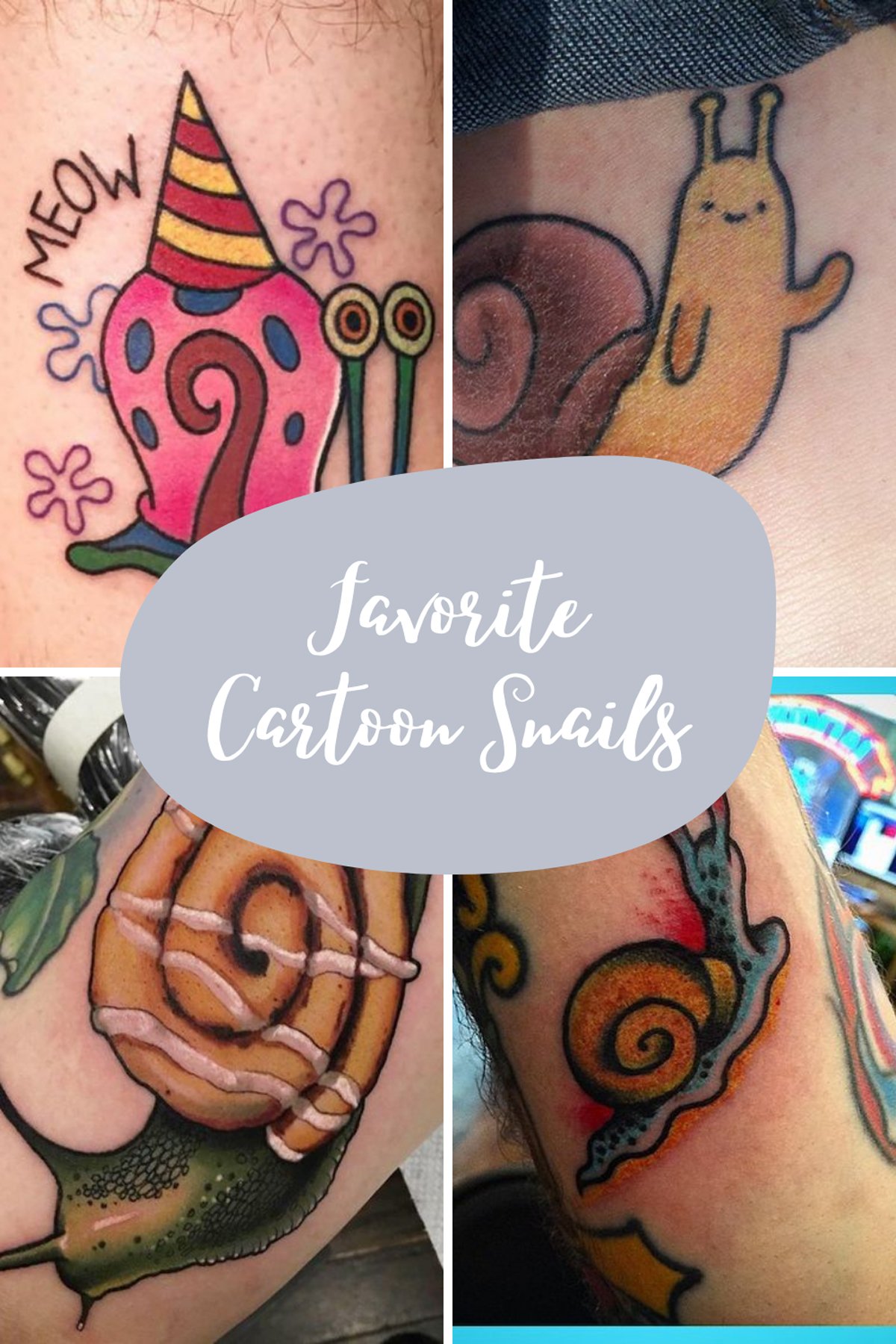 56. Spongebob Half Sleeve with Gary

We saved the best for last in our opinion. These floral and snail collabs are the perfect mixture of whimsical and dreamy!

68. Hand Tattoo of Snail and Flowers 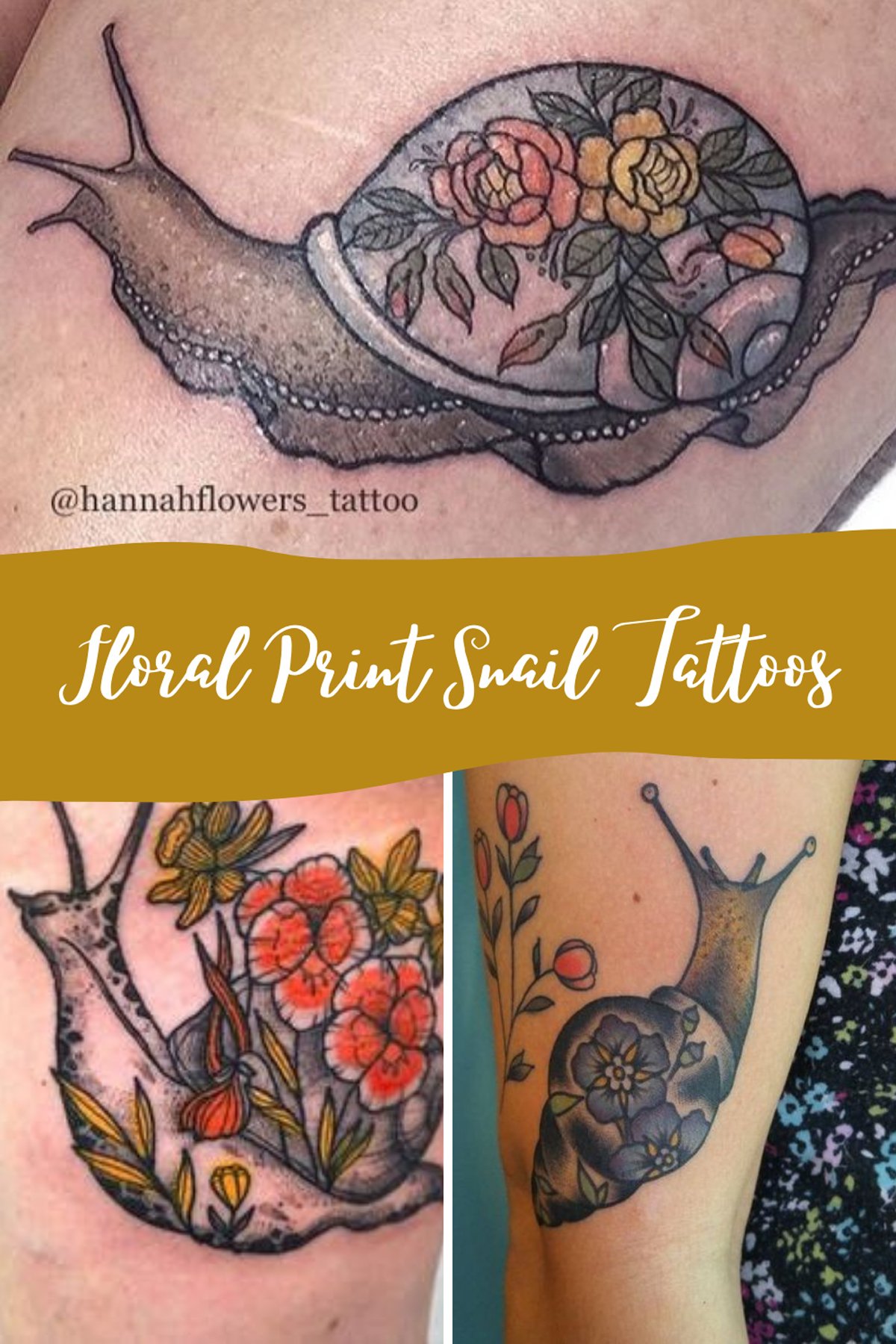 71. Snails Crawling on Hand with Flowers

More Tattoo Inspiration Just For You

If you like these cute little snail tattoo ideas, then check out a few more of our favorite creature tattoo designs. Each of these living things holds a cool meaning that are a perfect reminder on your body. 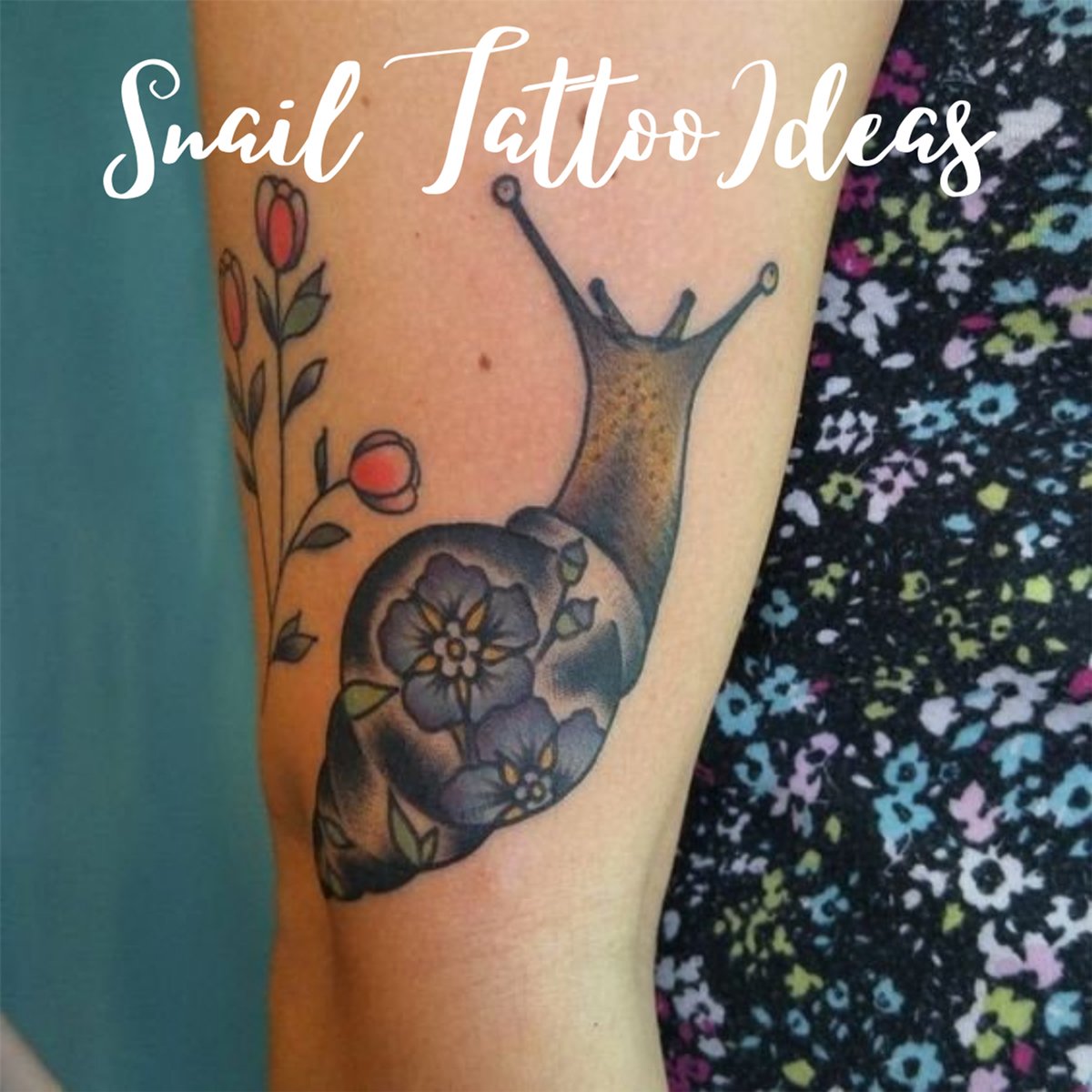