Inside: Unique lobster tattoo ideas that will make you fall in love

A lobster is a form of marine life that lives in the ocean. Back in the day, they were thought to be poor person food because they considered them to be the bugs of the sea. Isn’t that funny? They thought this because of their hard outer shell and their creepy bug-like legs.

Nowadays these guys are considered one of the fancier foods we can eat. They are present at basically every romantic meal, and they are overall held in much higher regard.

Talk about a come-up story! 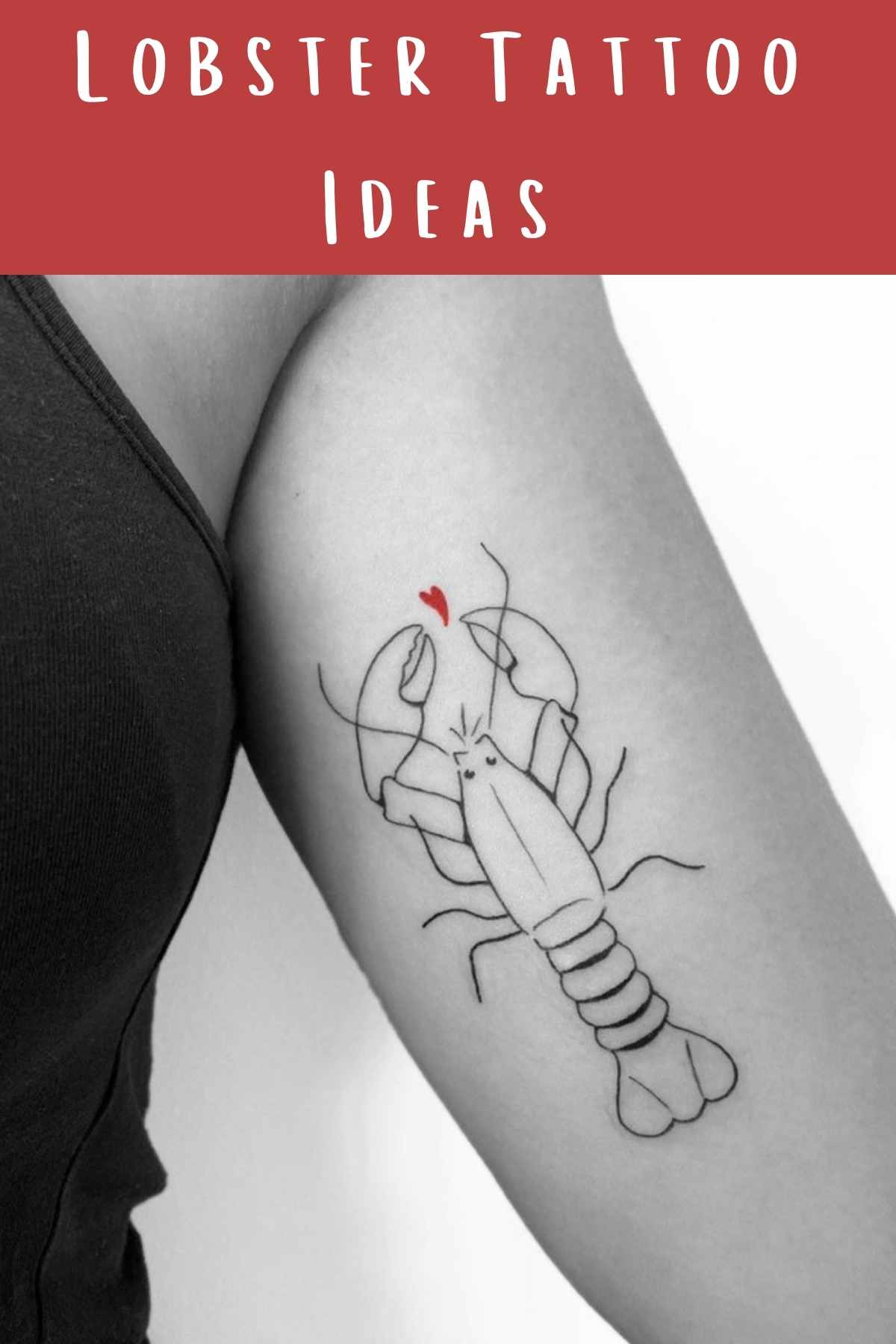 So we know that lobsters are delicious, but did you know that they are actually omnivores as well? Yep! They eat both fish and algae that they find on the sea floor.

People like to get lobsters as tattoos for many reasons. Whether it’s that their bodies make for such beautiful line work, they just love the food, or it’s the symbolic nature of this animal that speaks to them.

Oh, you didn’t know that a lobster had hidden symbolism behind that bold red shell? Well, buckle up because we are gonna discuss it!

The Meaning Behind Lobster Tattoos

The lobster is known as the symbol of travel and journeying. Like I said before, this animal was once considered to be low-tier food but look at it now, they are one of the most popular foods to eat in America.

More than this, lobsters are very resilient creatures. Their tough exterior can be a commentary on your own tough exterior. The things we have to do in order to protect ourselves and the people we love. We need that hard outer shell. At the same time, we are all soft and vulnerable underneath it, and that can be terrifying. But that tough exterior does get us through.

The ocean is symbolic of fertility because of all of the amazing things it supplies us with. Think about it, it’s not just fish. It’s salt. fancy foods, modes of transpiration, a place to store out extra trash. Okay, that last one was a joke. The trash island is devastating. But still, the ocean provides for us.

Lobsters are just one creature in a sea so vast that we have only been able to explore a tiny portion of it, and yet here they are. They are such beautiful creatures, so of course, people get them forever on their bodies to help appreciate that, and all they do.

What Does One Cost?

The cost of a lobster tattoo will be entirely dependent on what kind of tattoo you choose. If it is something humungous, you should probably just plan on saving up a pretty penny before trying to go and get it.

Saving up makes it all the more exciting when you finally are able to get down there. But if you are wanting something smaller I don’t see it being more than $250 dollars. But I think the safest way for you to figure this out is to go to the source, your tattoo artist! They will have all of their specific rates and all that good stuff, so you will be set.

How bad your tattoo will hurt you depends on a variety of factors. Things like size, placement, and shading all play a big part in terms of pain. But The way that I see it is that every tattoo is going to hurt, there is no use in hiding from that. It’s a right of passage.

If you wanted to limit the amount of pain that you feel while getting it done you can try out some numbing spray. Most shops have them nowadays. 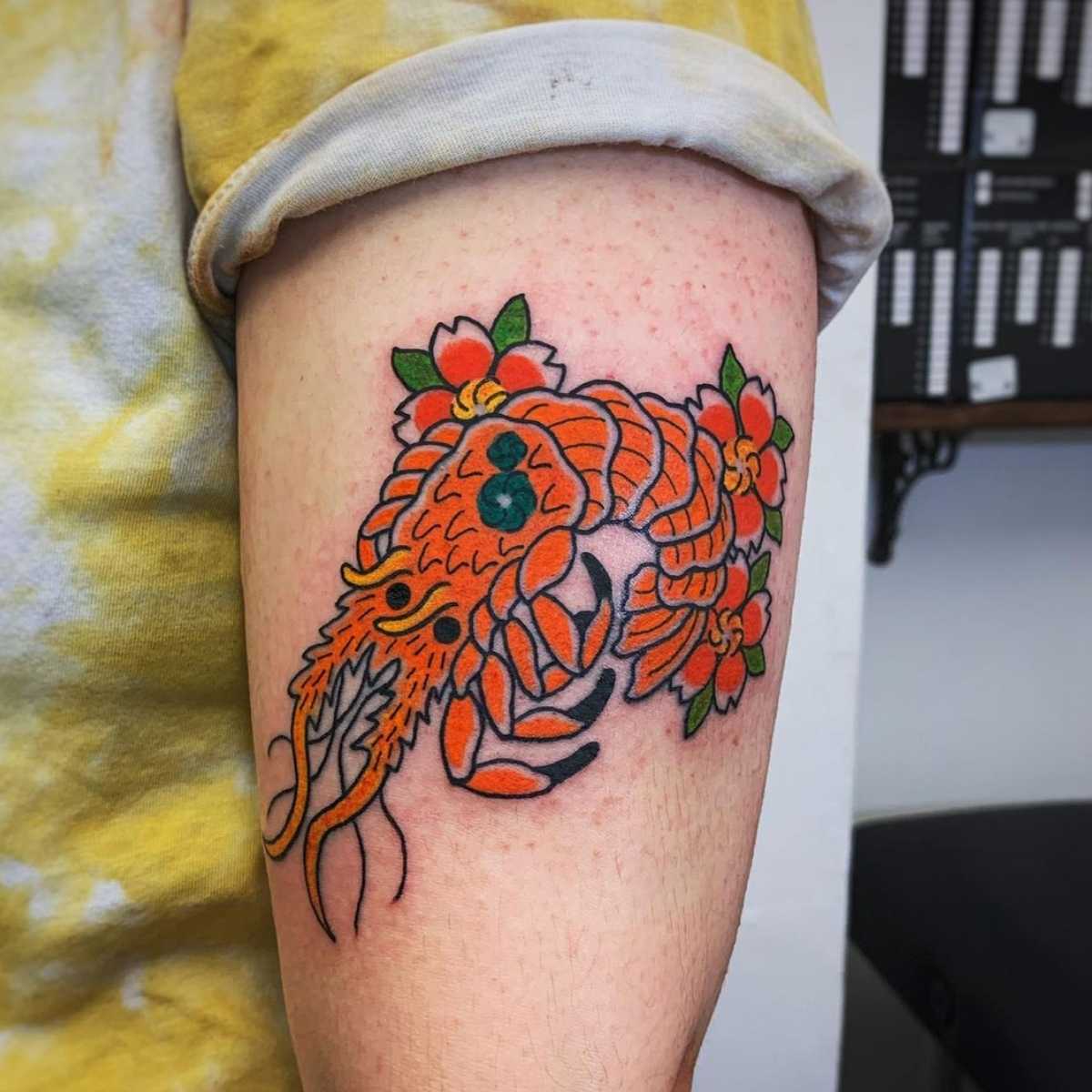 Since that discussion is done, now we’re are on to the best part of this whole article…the tattoo ideas!

Now you obviously must have clicked here because you were interested in getting a lobster tattoo, so I don’t need to sell you on it too hard. You already know why you want it and you are just looking at different styles trying to figure out which is right for you.

A tough and fun portion of the tattoo picking process.

This next list is full of the cutest lobster tattoos the internet had to offer. Honestly, I never considered lobsters to be a cute animals but after seeing these…they are adorable.

14. Black Outline of a Lobster

19. Lobster with an Eyeball 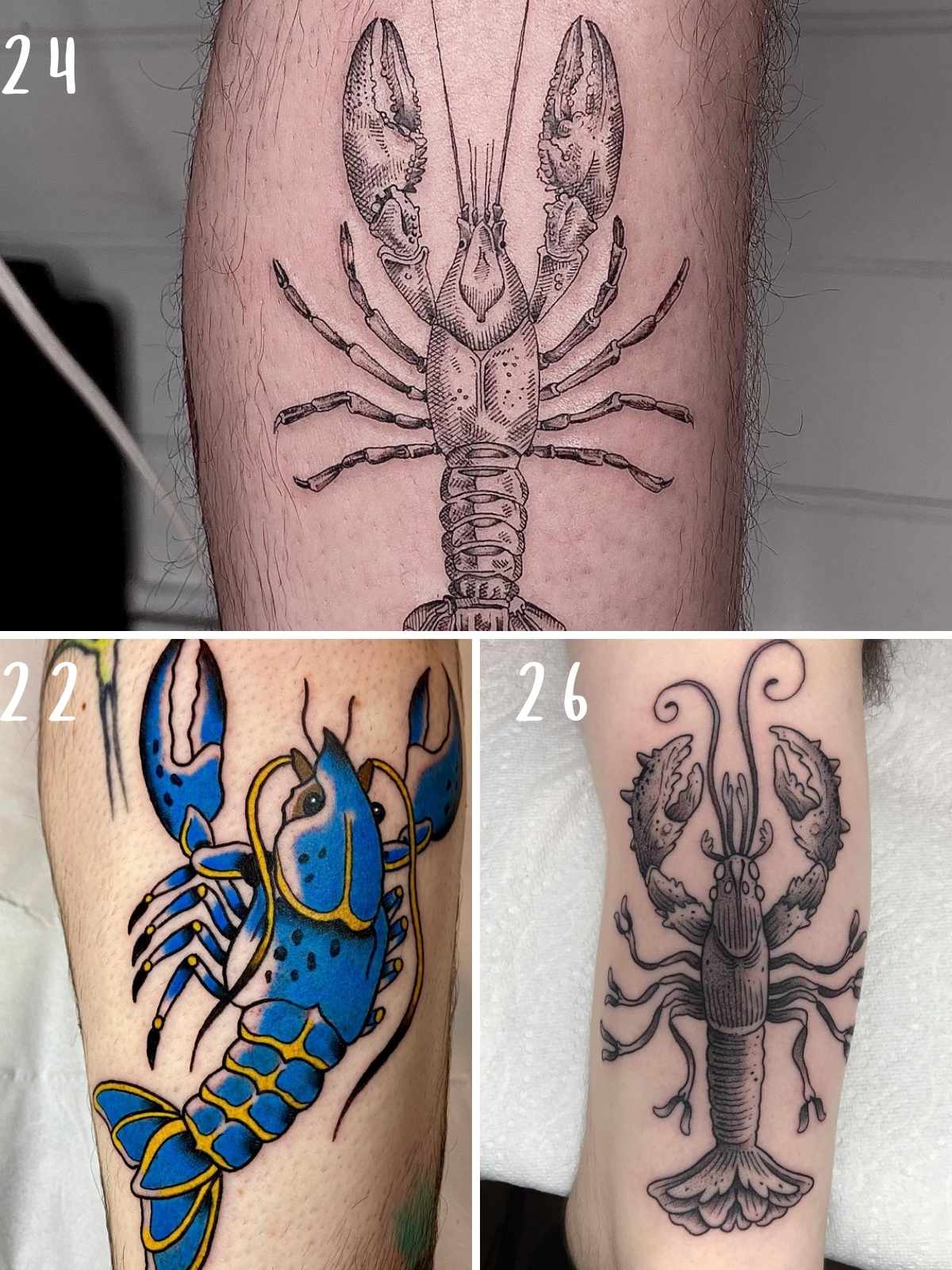 Though it may not seem like a jumping market, women are looking for lobster tattoos. This next list is some of the more feminine lobsters since in general, they seem like more masculine creatures.

Take a look and save the ones that spoke to you.

26. Lobster in Black and White 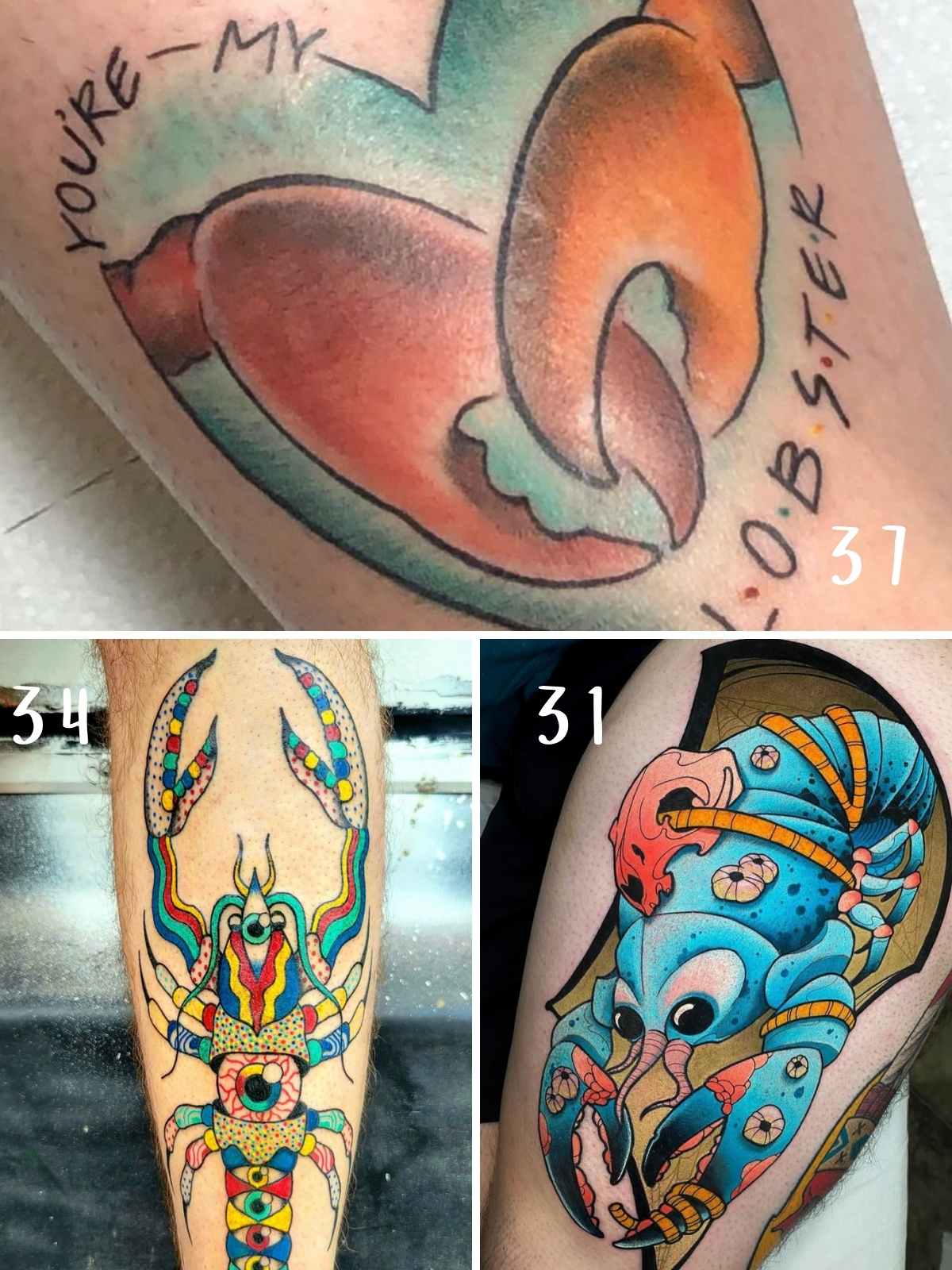 Lobsters come in more colors than just red. In fact, lobster only turns that bright red color after being boiled WHAT! I had no idea. Most of the time they are this muddy green, yellow, and brown color. Weird right? Who knew!

So I wanted to include some of the other colors that are pretty rare.

And there you have it! The coolest lobster tattoo ideas that will leave you running to your phone to dial up your nearest supermarket. I mean tattoo artist… even though I completely respect this animal, I find myself craving a surf and turf plate more than ever after writing this.

So I will have to make that a reality for today. After all, I need to live like a lobster: Be tough, but soft.

Oh and live in an abundant place of course, where I have the option to go find some surf-n-turf.

If you do decide to use one of these tattoos, make sure to follow the artist you got your idea from. They work very hard and deserve to be seen!