Fairies–those winged, flimsy, beautiful little creatures– have been and continue to be a staple of childhood fairy tales and dramatic play. It was famous children’s author J.M. Barrie who wrote, “When the first baby laughed for the first time, its laugh broke into a thousand pieces, and they all went skipping about, and that was the beginning of fairies.” These wistful, cunning, sometimes cruel little creatures have played a major role in the fun and fancy of childhood long before J.M. Barrie fictionalized their beginning.

From Disney to author Sarah J. Maas, fairies are becoming more and more popular in pop culture. With their ethereal features like pointy ears and wings, these beautiful and dazzling creatures have inspired some of the coolest tattoos.

Check out these charming feminine fairy tattoo ideas that you will love! 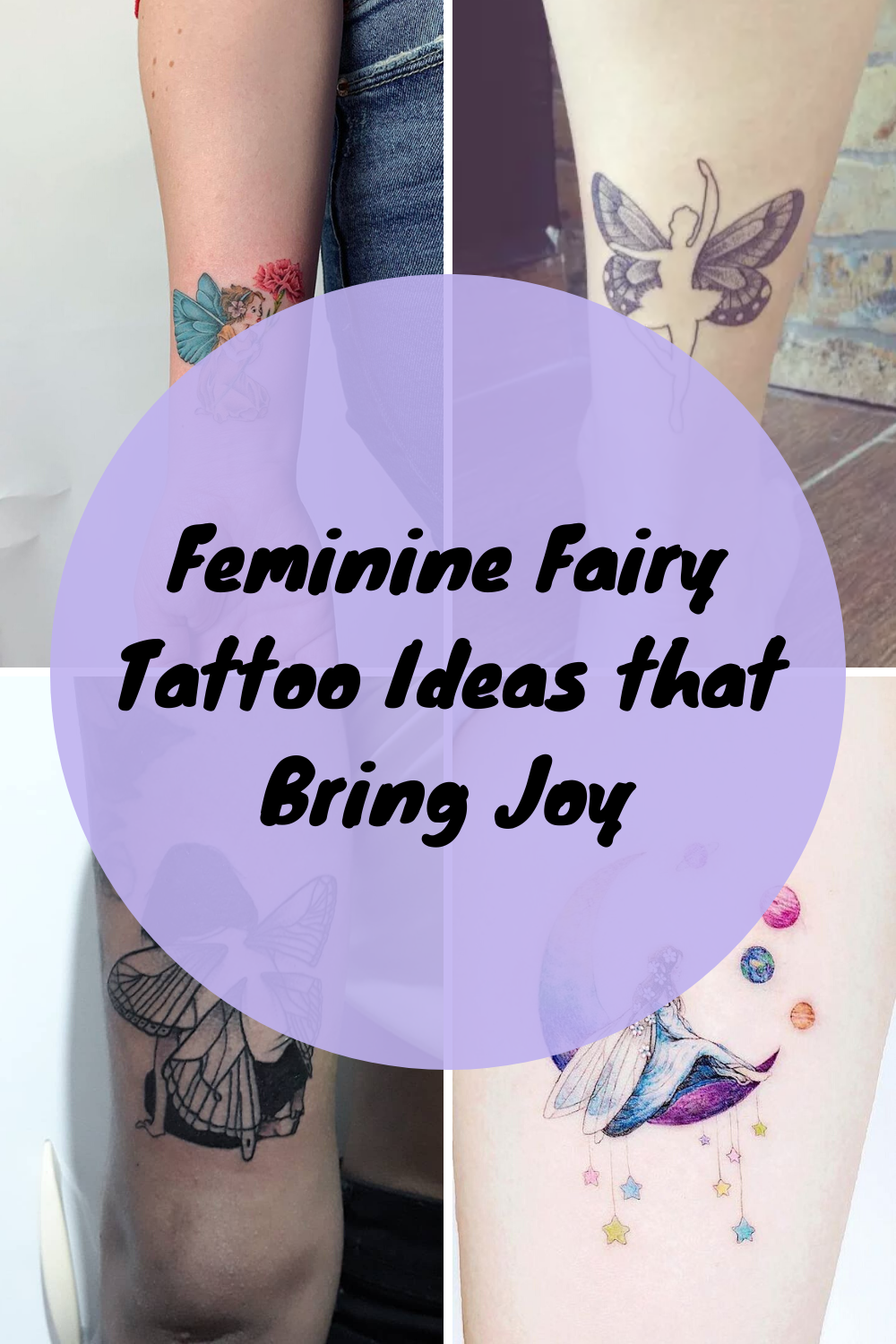 About Fairies and their Meaning

The Brothers Grimm weren’t the only authors to focus entire works around fairies. J.M.Barrie, J.R.R. Tolkien, William Shakespeare, Sarah J. Maas, and Melissa Marr are all popular writers of both today and yesteryear who made the fae folk a primary part of their storytelling. There’s just something about the mysterious creatures whose own history is rooted in reality.

According to Celtic folklore, the fae folk could be dangerous and tricksy, and should be avoided at all costs. If something unexplainable occured, you could always blame the fairies! A set of sisters in the mid 1800s had the entirety of the British Isles believing that they had actually encountered a band of fairies living in their back garden! They even cleverly fooled an entire country with pretty photographs that were later revealed to be doctored. Can you blame people for wanting to believe, though? Faries are wondrous, magical creatures that have come to symbolize so many positive things:

No matter what meaning you prescribe to your fairy tattoo, you’re sure to include common elements like wings, long hair, flowing dresses, or maybe even a magic wand. Lots of times fairies are seen as being extensions of Mother Nature herself with acorn shoes, leafy gowns, and flower crowns.

1. Fairy God Mothers: It only seems fitting to start off with arguably the best fairies of them all. The 3 fairy godmothers from Sleeping Beauty!

3. Pretty Sitting Fairy: This sweet little fairy is perched perfectly on her wrist, which is such a cool placement. 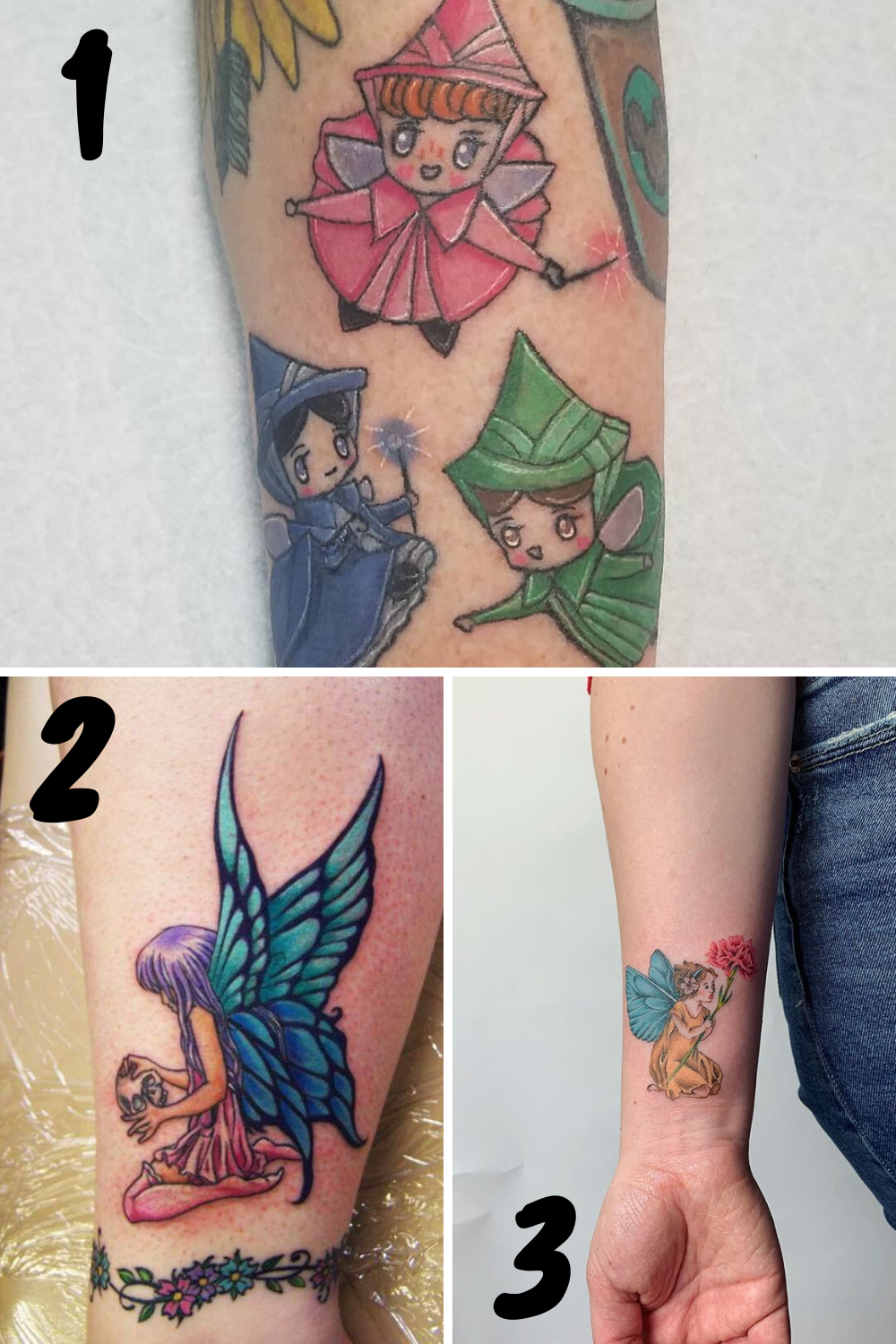 4. Butterfly Fairy: I love the butterfly and fairy combo. 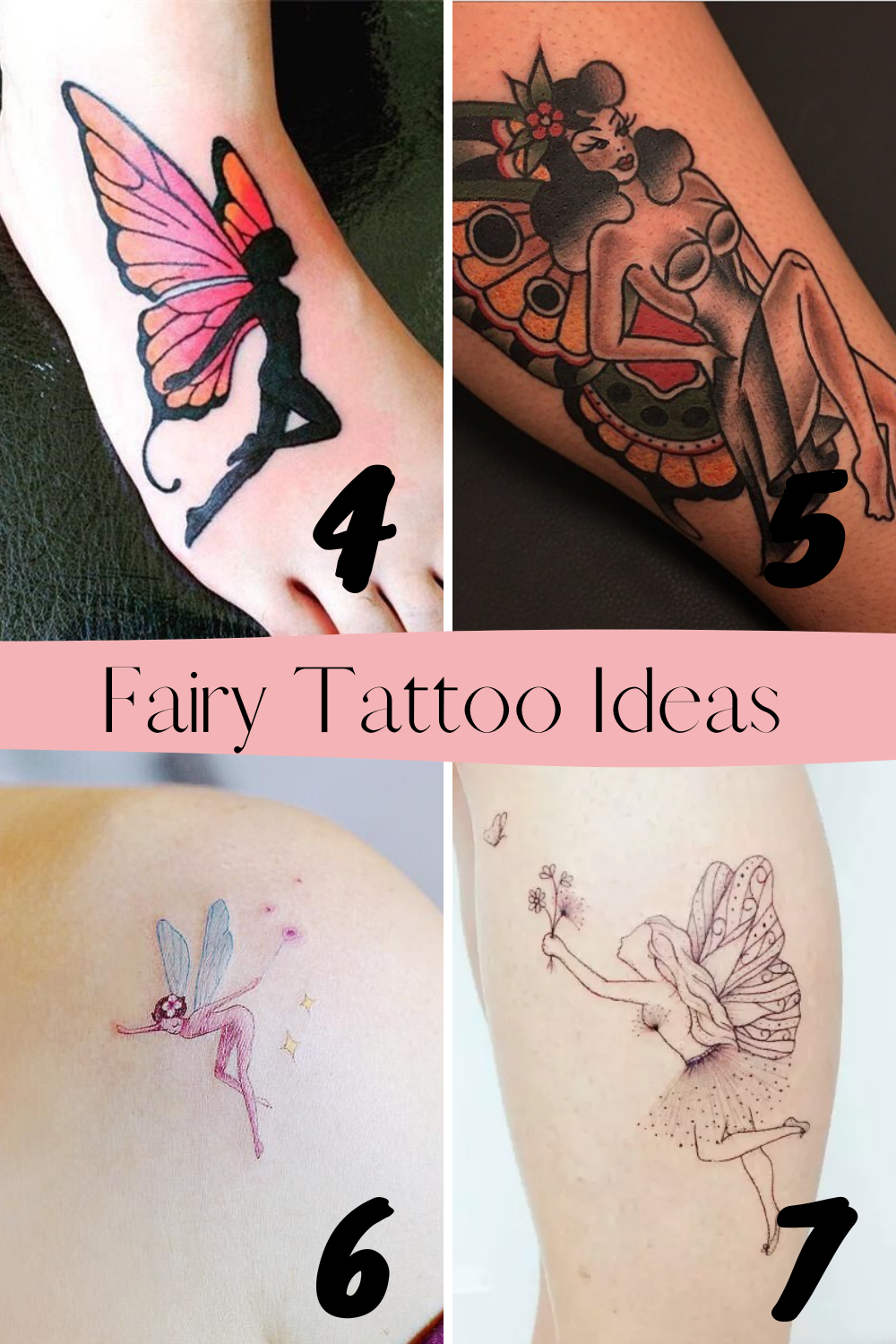 9. Tiny Little Tink: If you love Tinkerbell then this fairy tattoo is perfect for you! 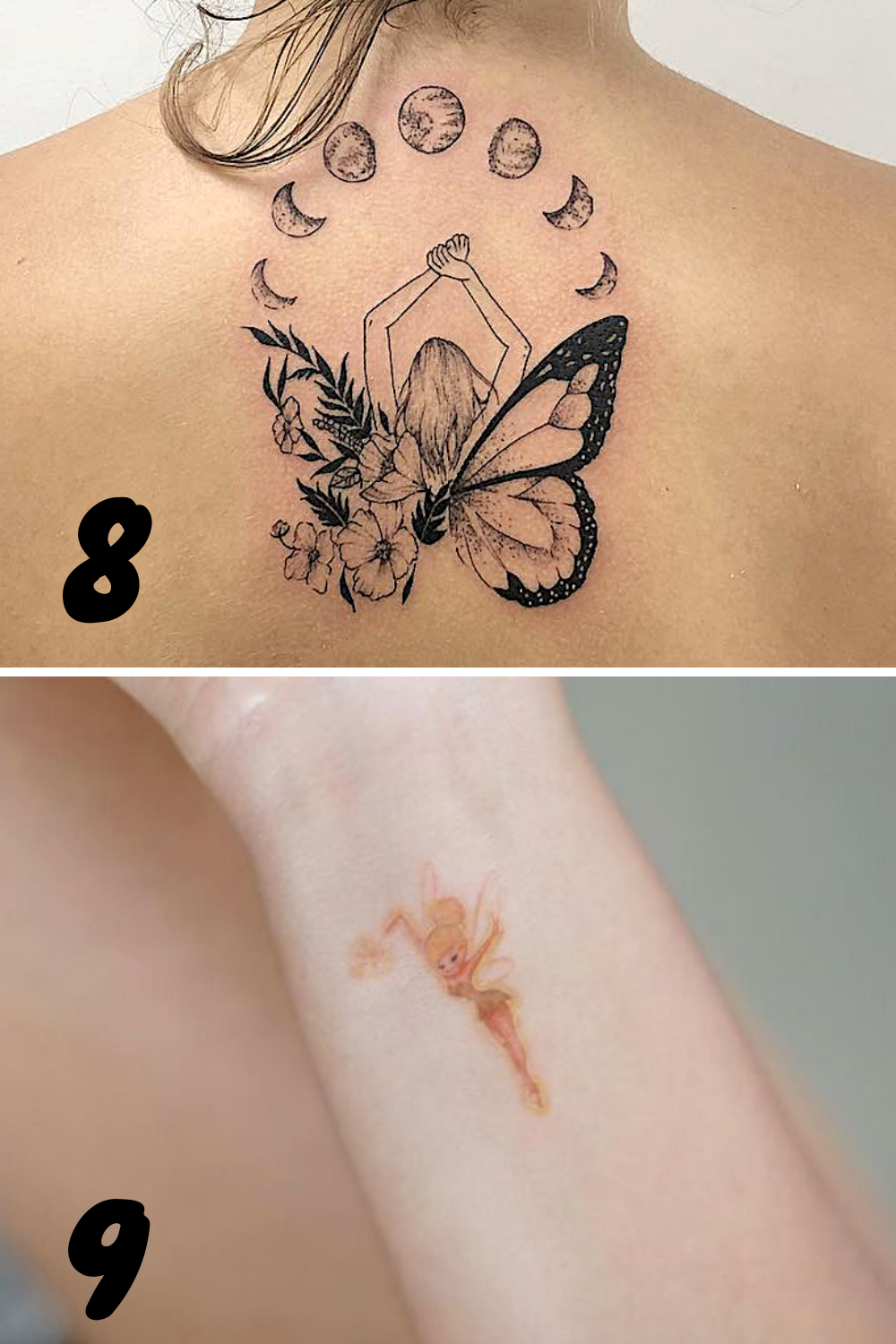 12. Skeleton Fairy: If you’re looking for a little bit of a twist on the traditional fairy tattoo.

13. Dancing Ballerina Fairy: For all my dancing lovers out there. 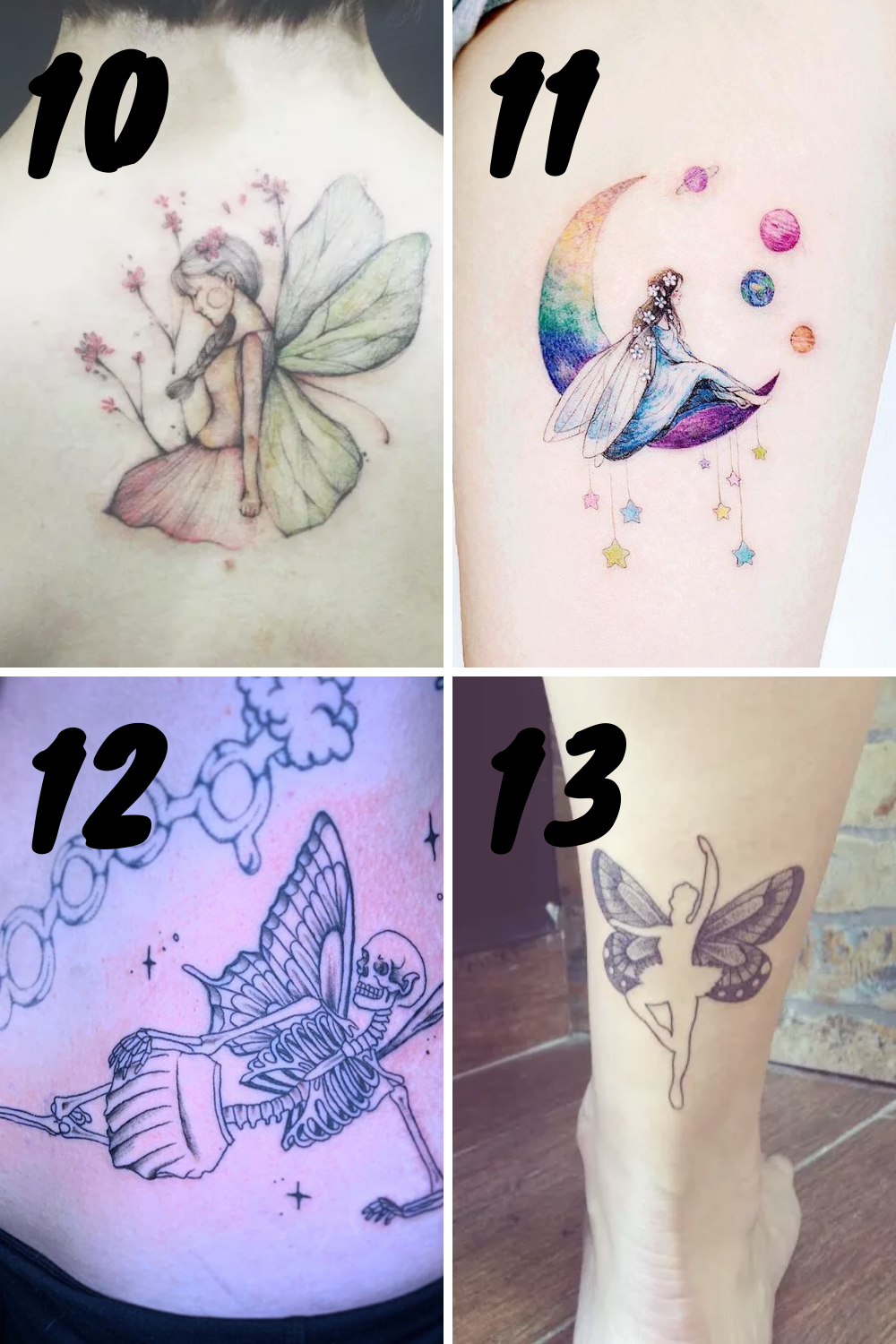 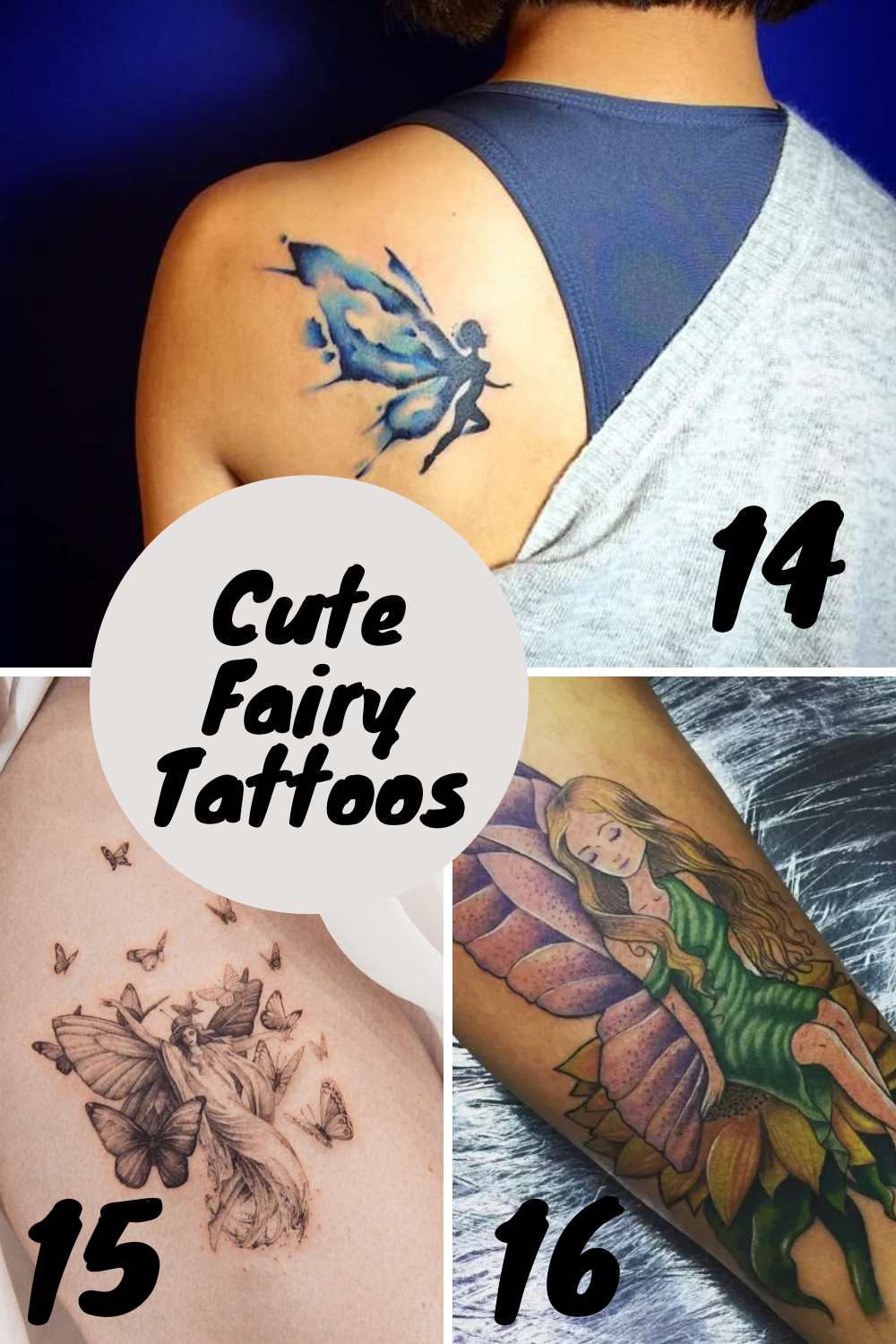 18. Purple Fairy: This purple fairy tattoo is the perfect way to add a little colorful flair. 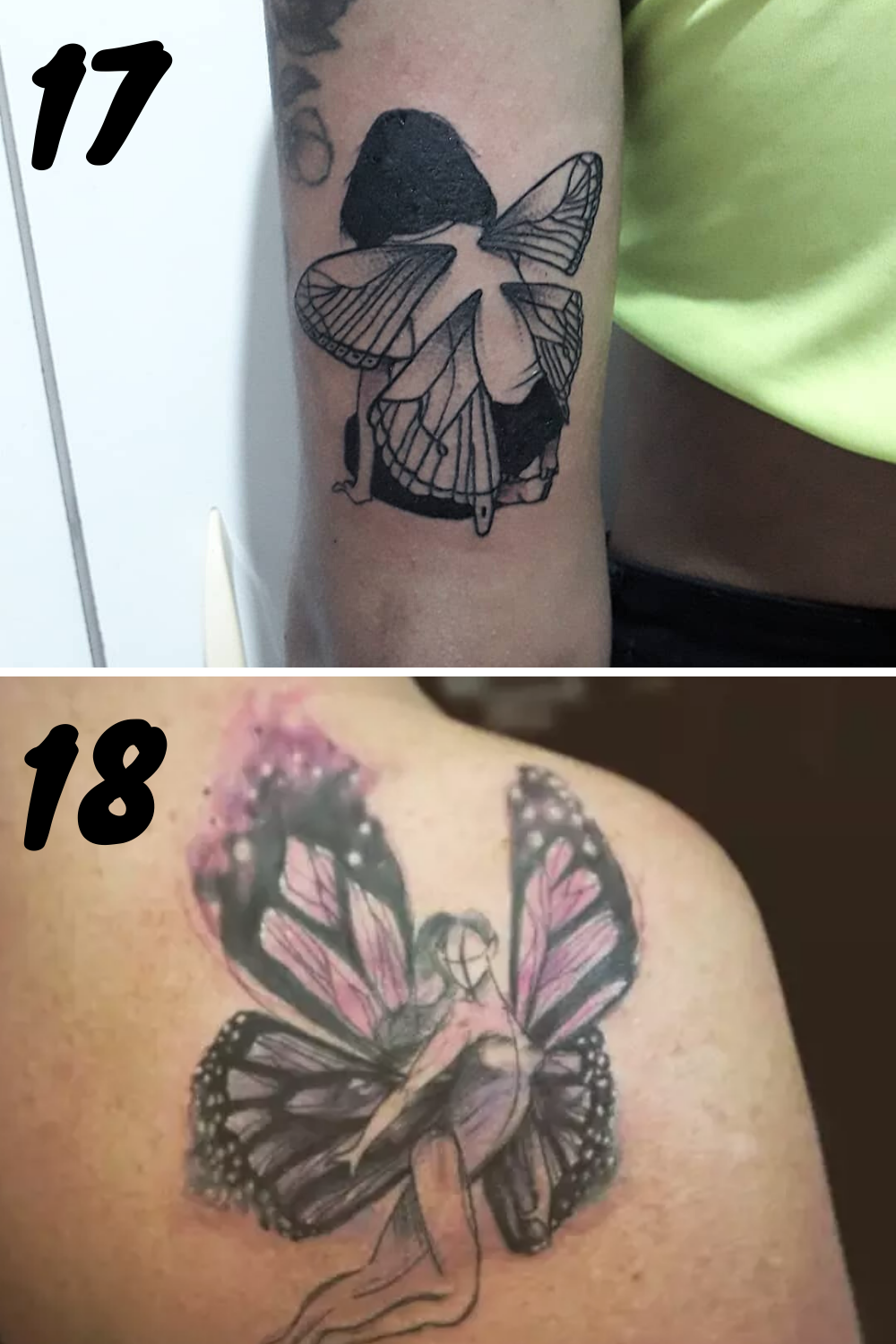 20. Watercolored Fairy: This technique can work well with a fairy tattoo given the whimsical nature of the fairy. It creates a softer looking but striking tattoo.

21. White Outline: I love how they outlined this in white and filled it with colorful ink! 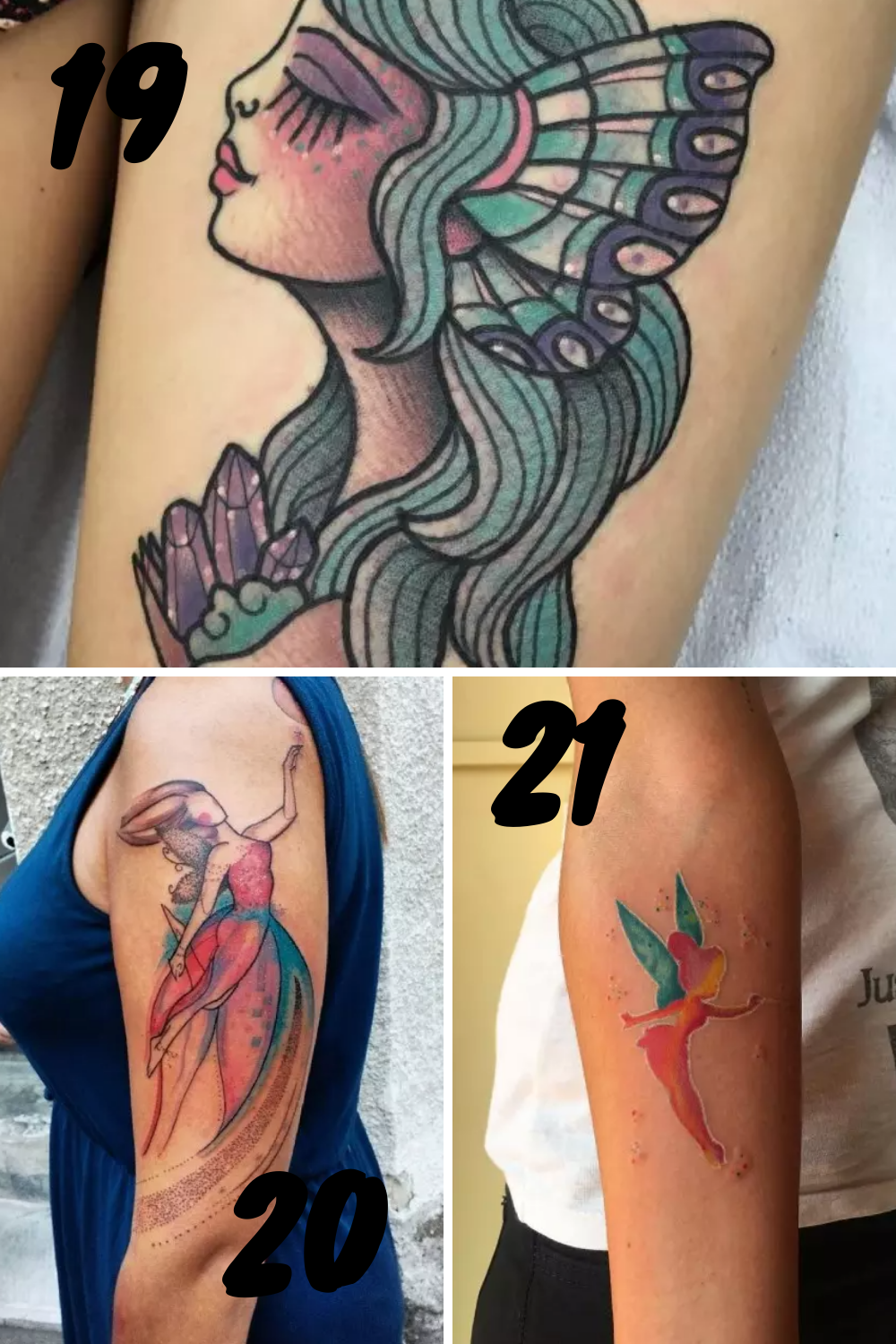