Inside: Does Kristen Bell Have Tattoos? Real or Fake?

Kristen Bell was born in July 1980 in Michigan. She is a popular and famous American actress. We know her as the pretty charming actress from the TV series Veronica Mars and in such films as Couples Retreat, Forgetting Sarah Marshall, When in Rome, Bad Moms, The Good Place, and The Lifeguard. Bell is also lending her voice for the 2019 Frozen 2. She has also done a number of video games.

In 2012, there were rumors that Bell’s body was all covered up in tattoos from her head to her feet. A video resurfaced online in which she appeared to be covered in different types of tattoos.

So, how many tattoos does Kristen Bell’s have? In the video, the actress’s body seems to be covered with 214 tattoos. 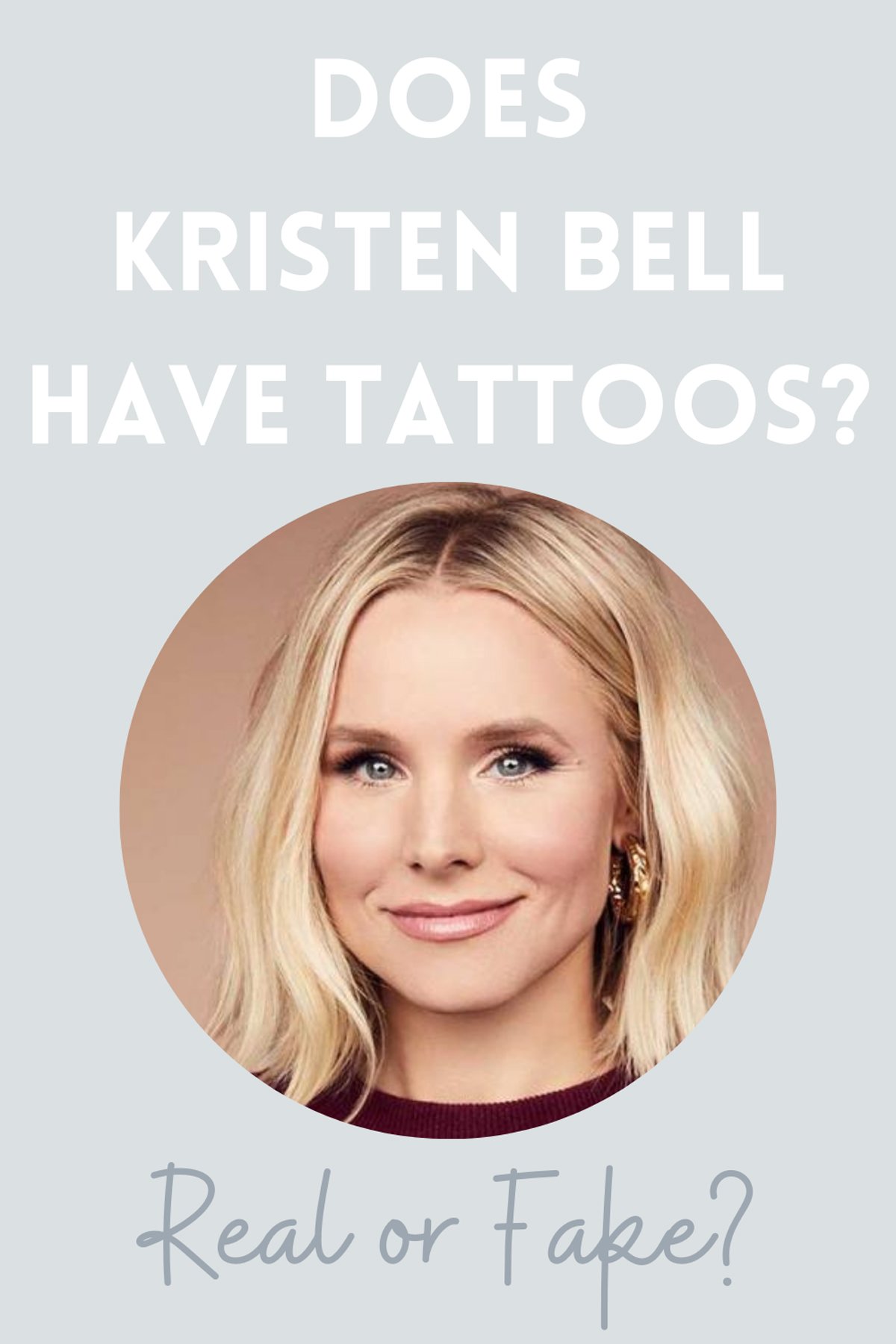 But in real life, does Kristen Bell really have tattoos?

No, the actress doesn’t have any.

You will be surprised to know that the tattoos in the show were a prank video created for a humorous purpose only. The photographs showing Kristen Bell covered in tattoos were taken from a sketch for the Funny or Die comedy website.

This is not the first time she has worn fake tattoos to have some fun with her fans. Kristen pulled off another fake tattoo trick during the premiere of Game of Thrones season 6 at the TCL Chinese Theatre in Hollywood. Bell and her husband Shepard inked faux tattoos in their chest with the House Baratheon phrase, “Ours is the fury.” 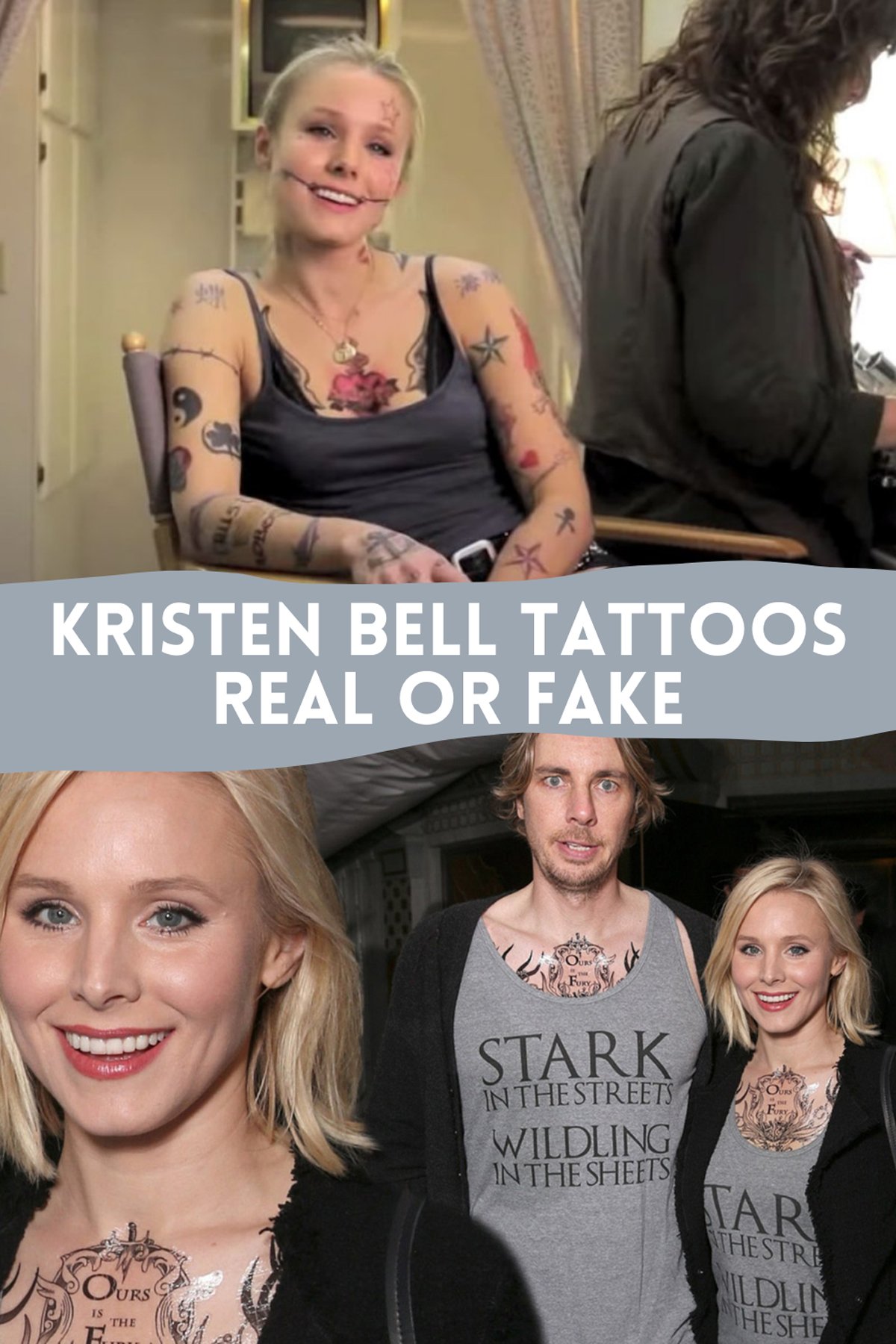 Recreate the Fake Tattoo Look with These Products

Now if you are wanting to recreate this fake Kristen Bell tattoo look, you will need tons of temporary tattoos. The goal would be to put on as many designs as possible and create that overly dramatic look. We even included our favorite body tattoo markers for those few unique designs. 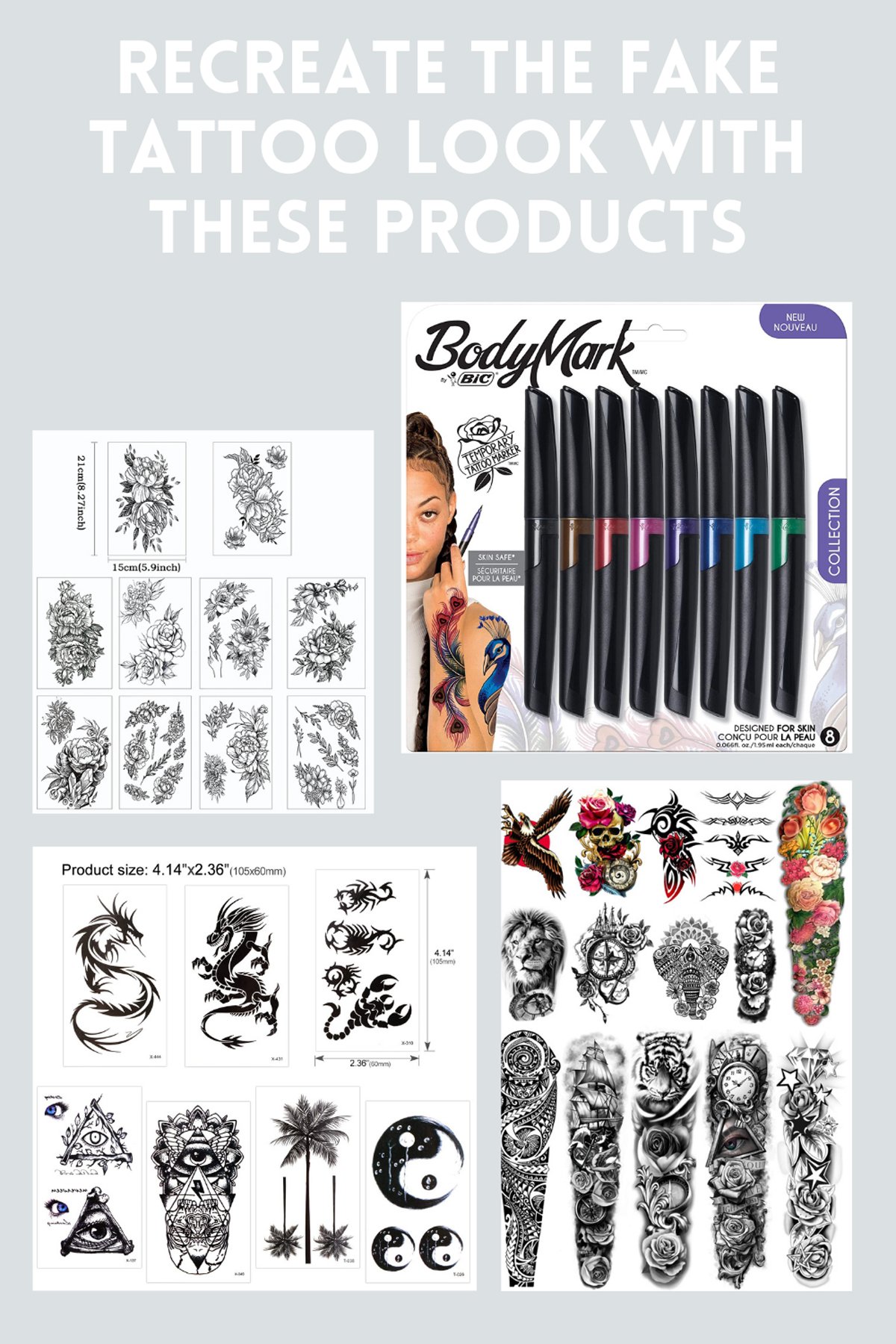 Her husband has Kristen Bell’s last name tattoo on his finger.

Bell’s husband Dax has a small bell inked on his left ring finger after they tied the knot on 2013, instead of wearing a traditional wedding band. That’s because, as he explained:

“I don’t like wearing jewelry, but I felt obliged to warn all the men that I’m taken. So, I thought a tattoo would be fitting. And her last name conveniently is an object I could tattoo. And there’s little letters in there.”

The actress remembered, “one random evening he came home with a bell tattooed on his ring finger with my initial, our first daughter’s initial and—our second daughter wasn’t born yet, but he put a D, so we were a little cornered and we named her Delta… I think that’s cute.”

Now just because Kristen bell tattoos are fake, doesn’t mean we don’t have anything to talk about. Her husband and famous actor, Dax Shepard, have a whole collection that we can check out.

The largest tattoo Dax Shepard is sporting is a large tree on his upper right arm that he got around 2010. He says the tree tattoo is actually a cover-up job of “a previous terrible tattoo,” that was a tribal-looking tat. He joked with Roger Caitlin, “I have a knack for predicting what tattoos will be douchey in ten years.” His huge tree tattoo is rumored to be based around parenthood ideals, like his show “Parenthood.” 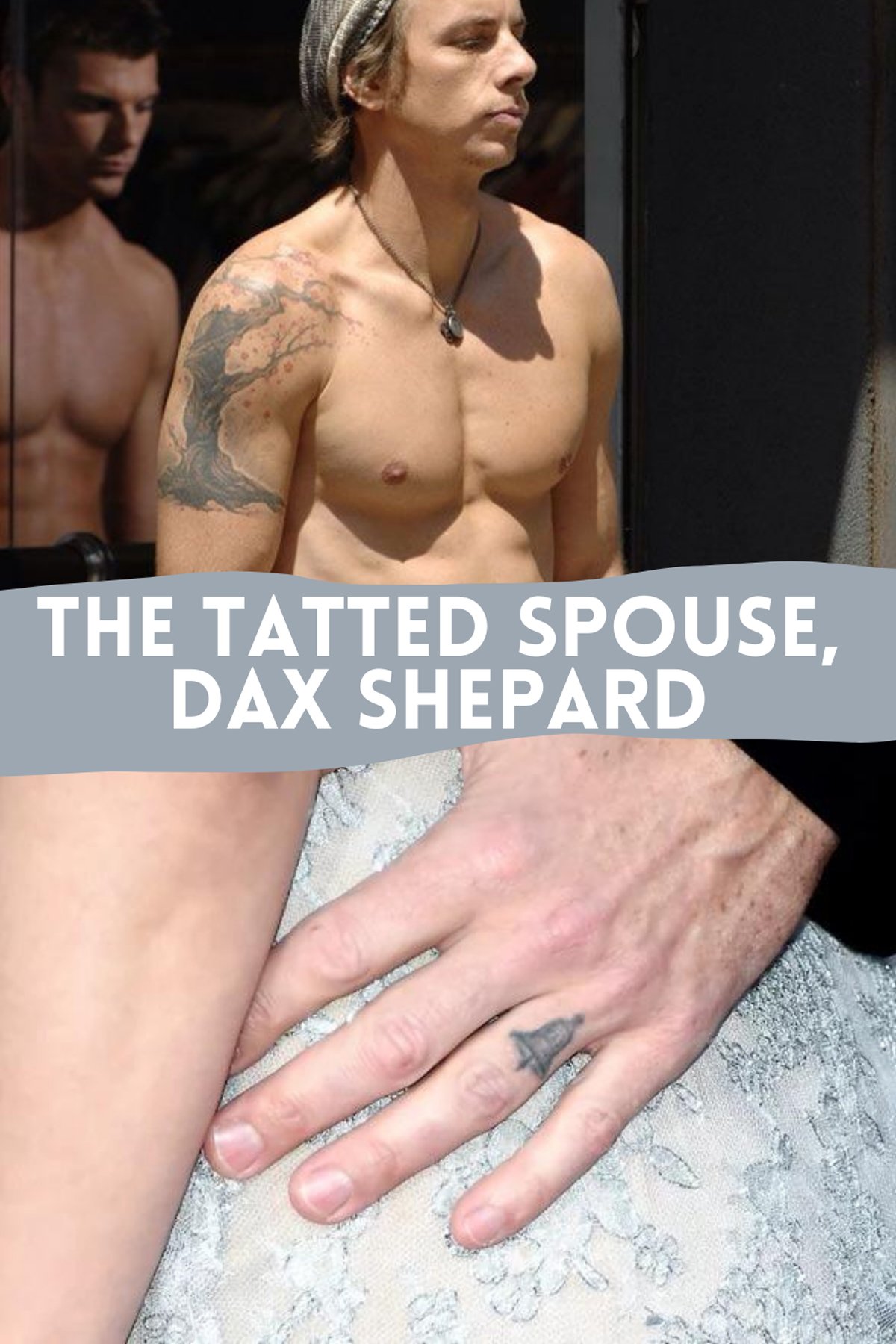 Probably one of the sweetest tattoos ever is on Dax’s ring finger. Around 2014, instead of getting a traditional ring to commemorate his nuptials with starlet Kristen Bell, he got a bell tattoo. Kristen Bell … bell tattoo, get it? It’s downright adorable. Along with that, he has the letters K, L, and D in it to honor him, Kristen, and their firstborn, Lincoln. In an interview on The Ellen DeGeneres Show, he joked, “I don’t like wearing jewelry, but I felt obliged to warn all the men that I’m taken … I thought a tattoo would be fitting. And her last name, conveniently, is an object I could tattoo” (per Daily Mail).

Another tattoo he has is four stars on his left bicep, but to date, he’s never discussed the meaning behind it.

If you want to get a tattoo inspired by Kristen herself, then check out a few of these ideas that play homage to her acting career.

6. Float Tube for The Lifeguard Movie

7. Tattoo of Yellow Car from When in Rome Movie 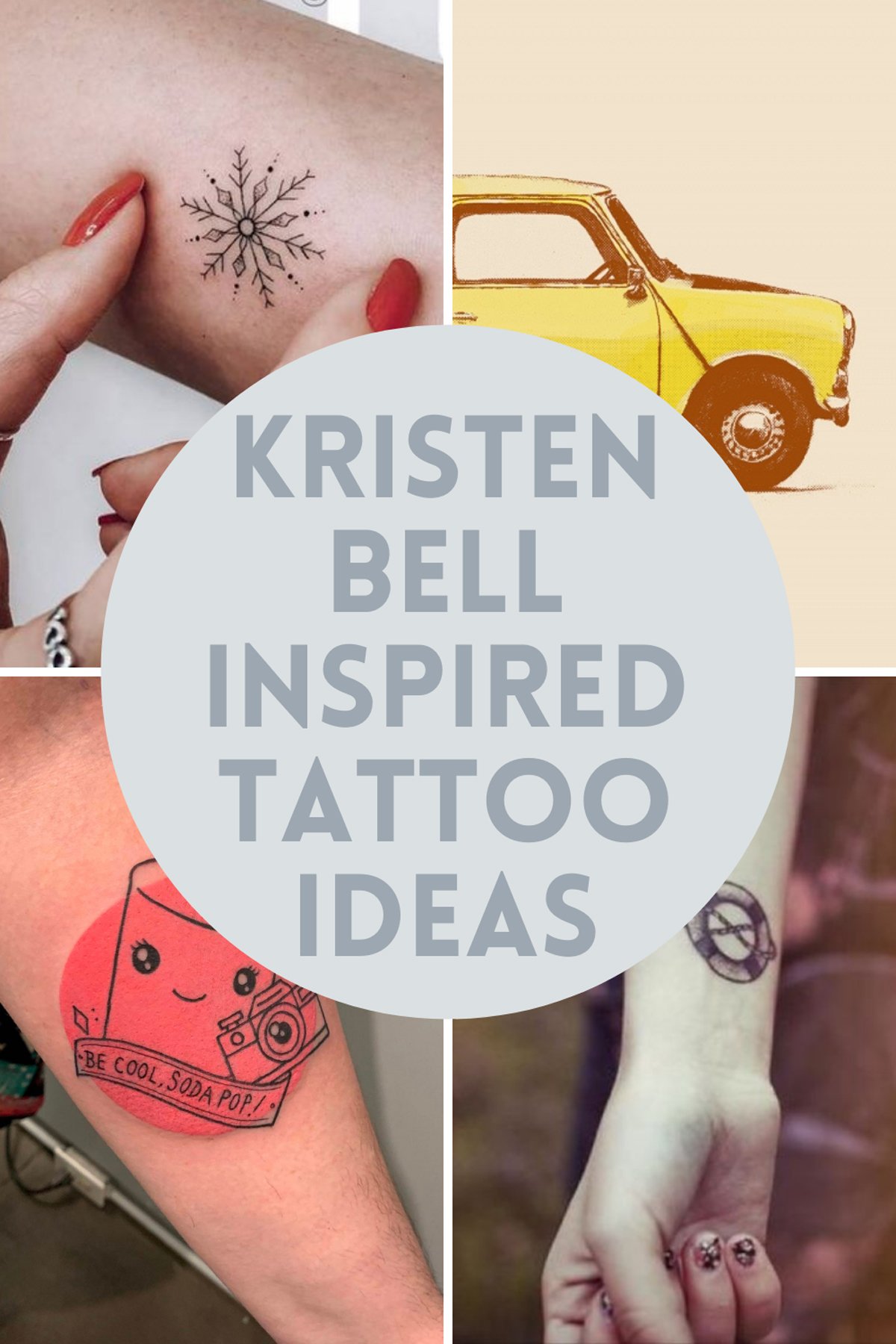 Our Favorite Tattoos for Kristen Bell

Now that we know that Kristen Bells doesn’t actually have any real tattoos, here is a list of ideas that we think she woul love for her first ink session. Check out a few of our favorites.