The image of the snake is striking, and many people are attracted to it. Commonly the first thing that many people think of is the snake in the Garden of Eden.

This was the snake that tempted Eve to pick an apple. It was Satan in the guise of a snake that caused our fall from God’s garden and into sin.

If that’s all there was to the snake in terms of meaning and symbolism, it would be pretty powerful already. Thankfully, there is a lot more to the snake than that, and this makes it an ideal tattoo for lots of people.

The art of the snake is powerful and it has made its way into arts, literature, and religion. Despite the misgivings of those people who only ever seem to associate the snake with evil, the snake has had a wide variety of meanings across many human cultures across time and space.

The snake has been and continues to be an important symbol all over the world. Whether you have a spiritual connection to it or relate to the concept of life, death, and rebirth, these snake tattoos for women make for a striking tattoo anywhere on the body. 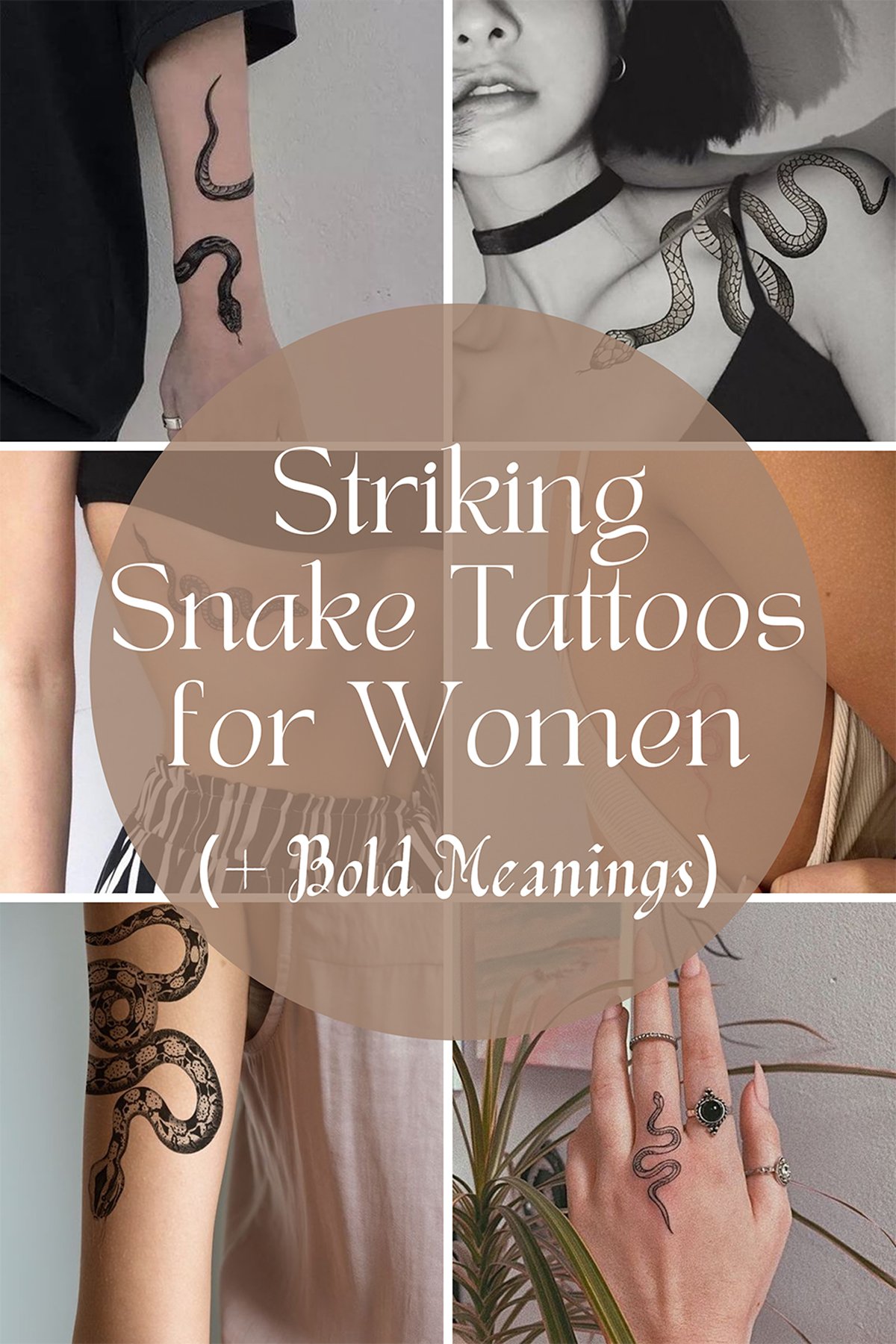 What is the Meaning of a Snake Tattoo?

A tattoo can always represent anything you want it to. But some designs have meanings from either religions, culture, or stories. Here are some of the most common meanings of snake tattoos for women.

Though most snakes around the world are not especially poisonous, despite Australia holding the record for some of the most deadly, the snake is often associated with poison.

Whether poisonous or not, all snakes are also predators. In fact, they are right near the top of their own little food chain and regularly look to turn a small mammal or other animal into a tasty snack.

The snake needs to shed its skin so that it can grow and survive. The famous philosopher Friedrich Nietzsche said of the snake: “The snake which cannot cast its skin has to die. As well the minds which are prevented from changing their opinions – they cease to be minds”.

In this context, the snake represents change, healing, and rebirth. Just as the snake sheds its skin, we must also change and transform our bodies and minds.

The snake has changed very little over the millennia. Along with sharks and crocodiles, this makes the snake one of the oldest animals on the planet from an evolutionary perspective.

In this sense, they are strong and powerful. They have ties to our ancient prehistoric past and the dinosaurs.

Whatever one might think of the snake from a Christian perspective, in many cultures it is also representative of fertility. The shape of the snake is sleek and phallic. It is imbued with a life force that symbolizes reproduction and fertility.

The snake is ancient. It has origins in prehistory. Indeed, it has been on this planet for much longer than humans have. In this sense, there is something mysterious and eternal about these animals. The way that they wait patiently for a meal in the wild makes them seem almost sentient.

For so many human cultures, the snake is and has been a vital part of belief systems. For the Ancient Egyptians, the snake symbolized the unending and eternal cycle of life, death, and rebirth.

If you’ve ever been to a hospital or other clinical setting, you might recognize the symbol of Asclepius. This is a rod called the Caduceus, with two snakes intertwined around it.

In this context, the snake represents healing, rebirth, and knowledge. In ancient Greece, Asclepius was the son of Coronis and Apollo, and represented the medical and healing arts.

What kind of snake tattoo you have done is mostly down to what you want to convey.

Whatever the case, here are some snake tattoo options to think about: 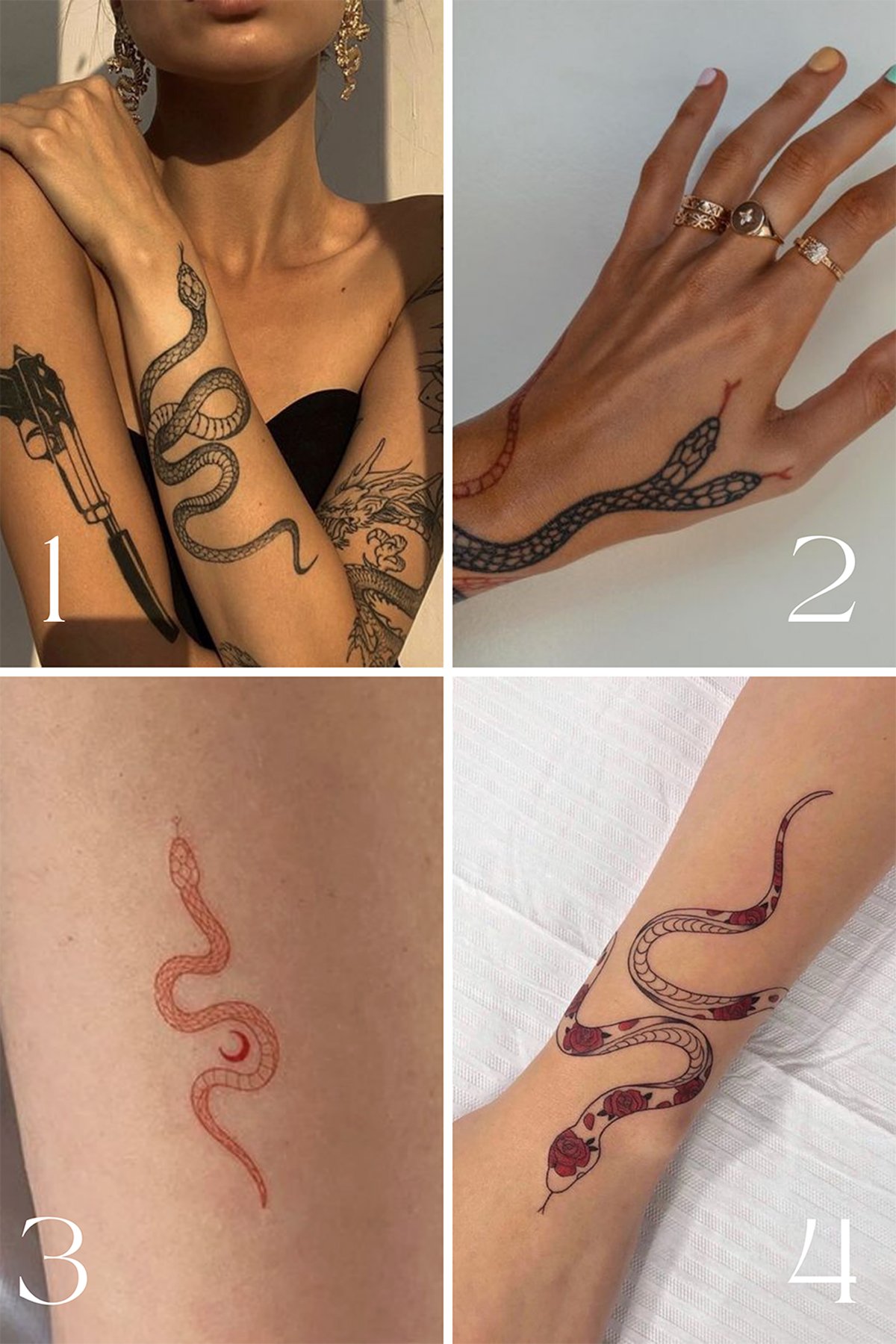 6. Side of Rib Snake Design 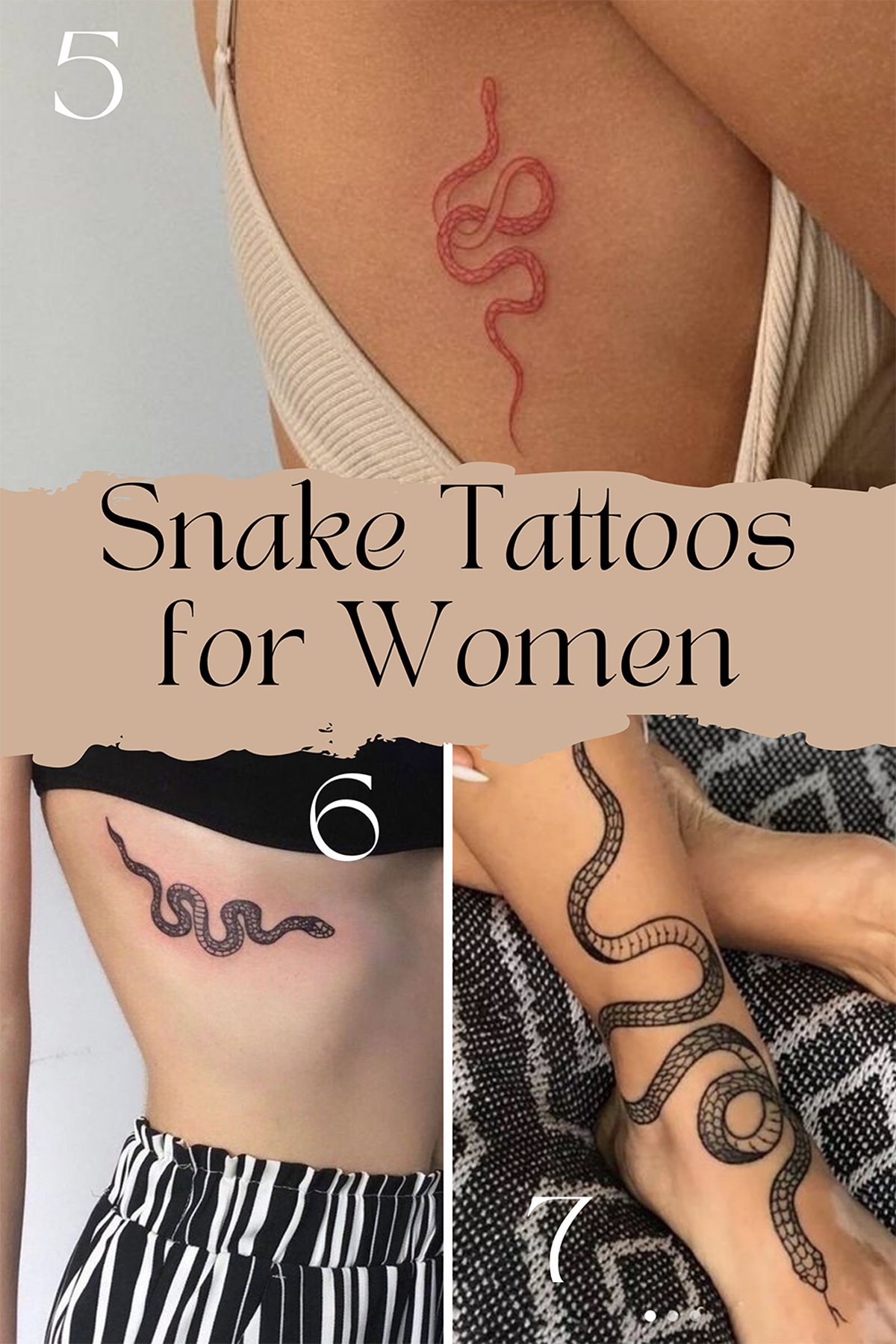 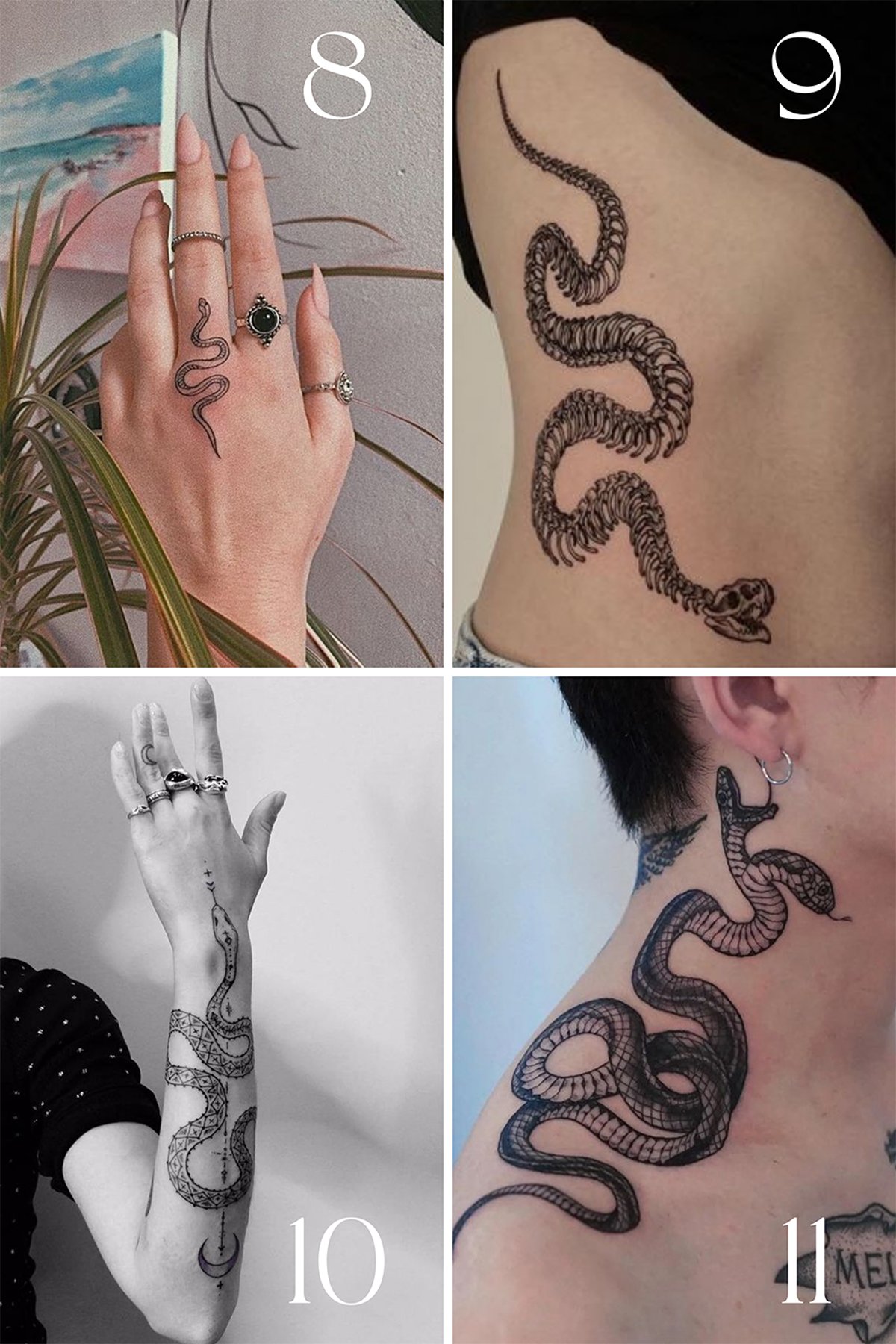 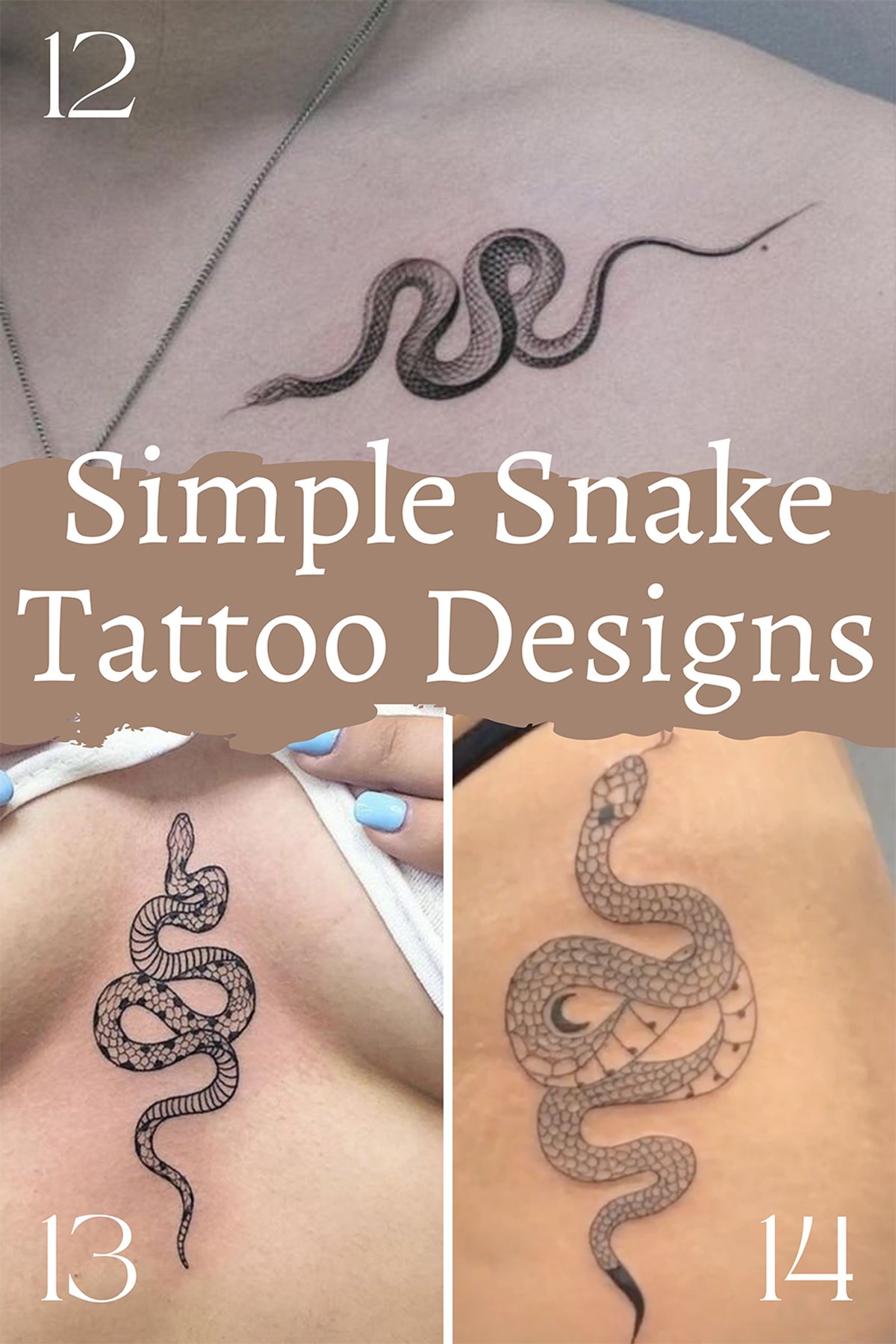 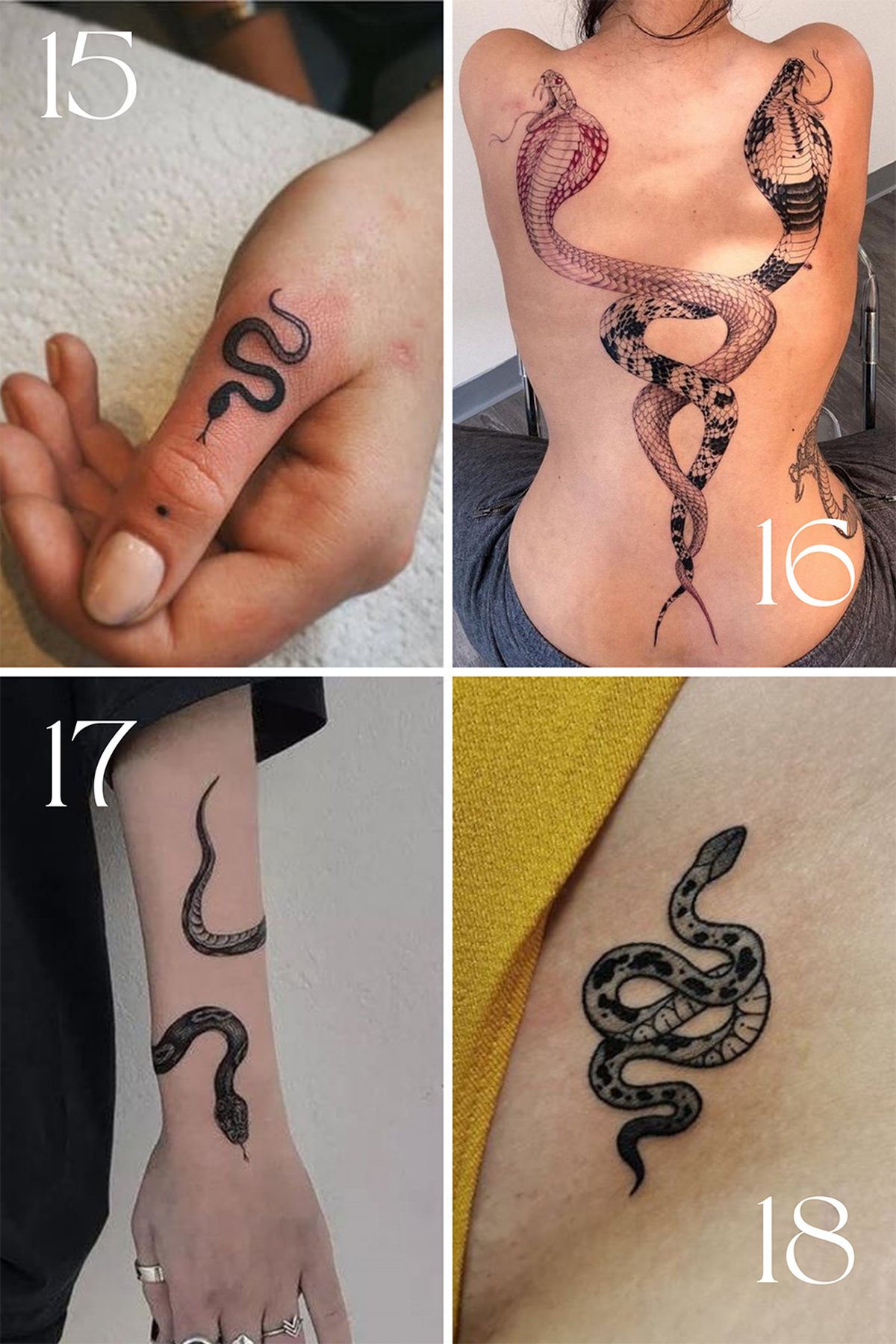 20. Back of Arm Snake Tattoo Art 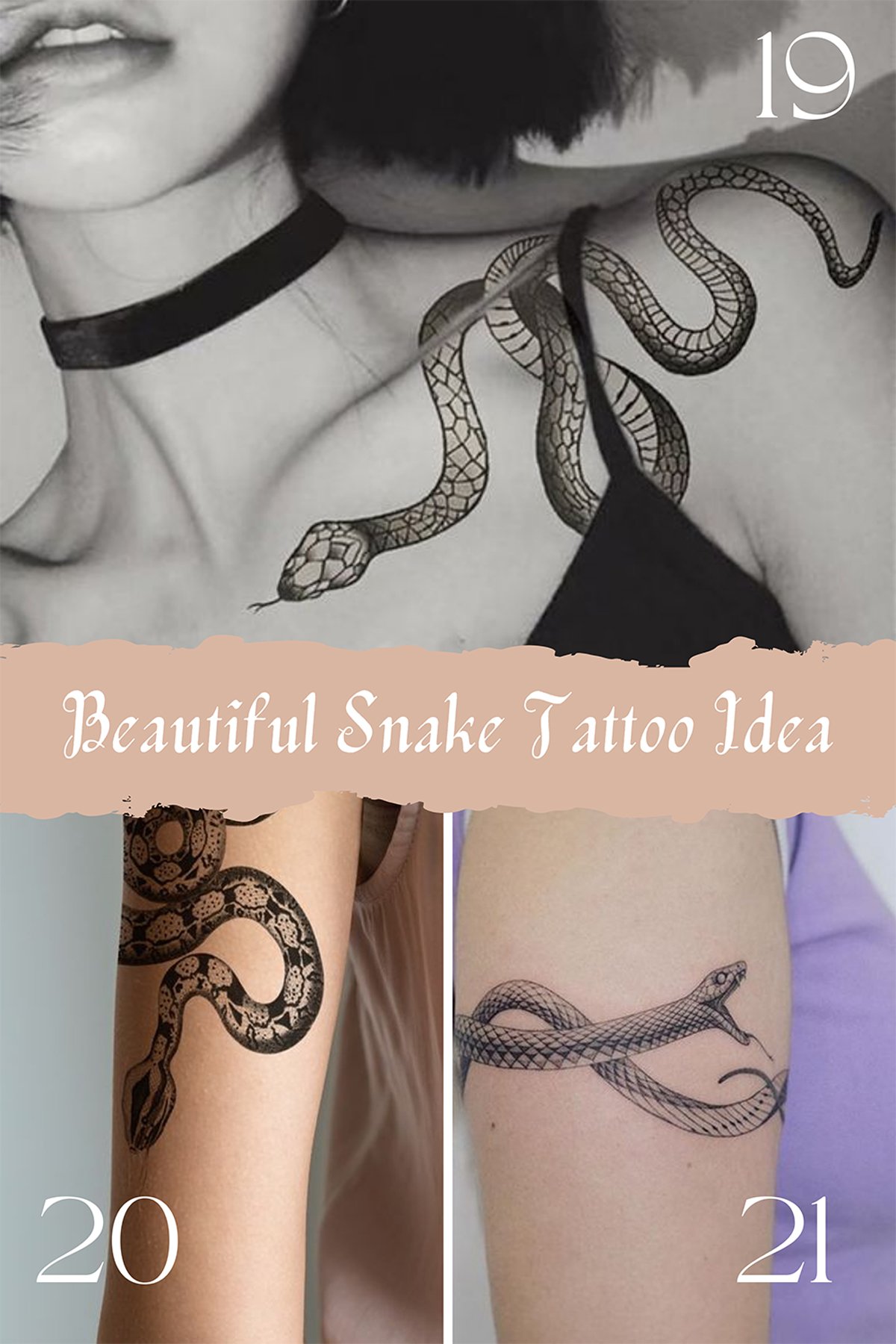 93. Snake with a skull ideas

96. Snakes and sun together

Chances are if you are searching for snake tattoo ideas, then you might like other animals, reptiles, or insect tattoo designs. Here is a list of some of our favorite ideas that you might love as well!

Products You Have to Try 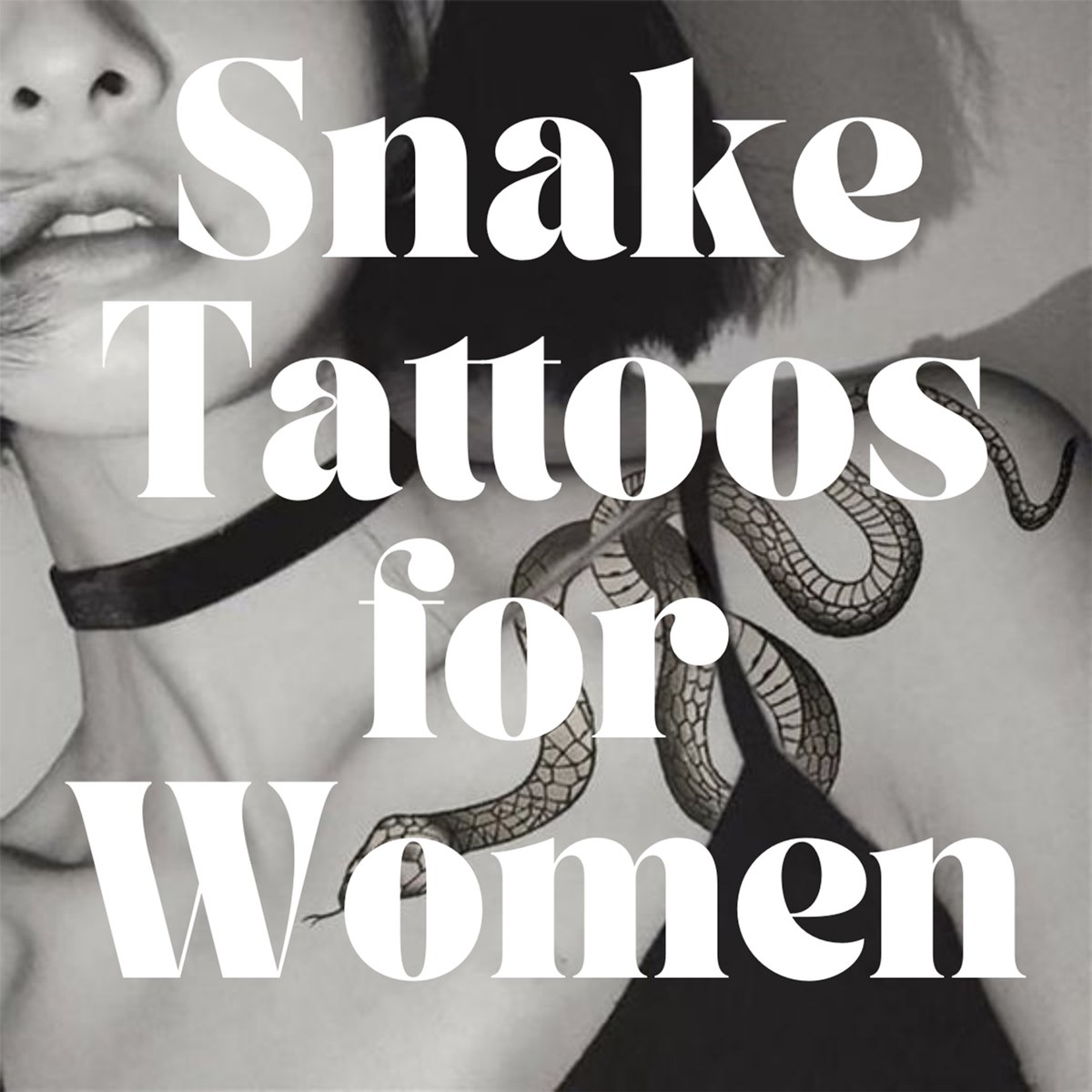