Inside: Does Lily Collins Have a Tattoo?

Lily Collins is no stranger to the limelight. She began acting when she was only 2 years old!

You can find her in movies such as The Blind Side, Abduction, and Mirror Mirror. She has literally grown up in front of the camera, starting out with Growing Pains as a toddler.

Not only does her resume feature popular movies, adventures, and shows, she can also tug at your heartstrings too. In the movie To The Bone, she provides a realistic tale of a woman who suffers from anorexia. This movie is so relatable to anyone that has dealt with an eating disorder.

Collins played the role of Ted Bundy’s lifelong girlfriend in the gloomy drama Extremely Wicked, Shockingly Evil, and Vile. This role was played by Collins more recently. She also received a nomination for the Golden Globes for her work in the whimsical series Emily in Paris, which is streamed on Netflix.

Regarding her tattoos, she has a number of distinct designs on her body in a variety of locations. Continue reading if you want to learn more about the meanings of her tattoos and other details about her body art. 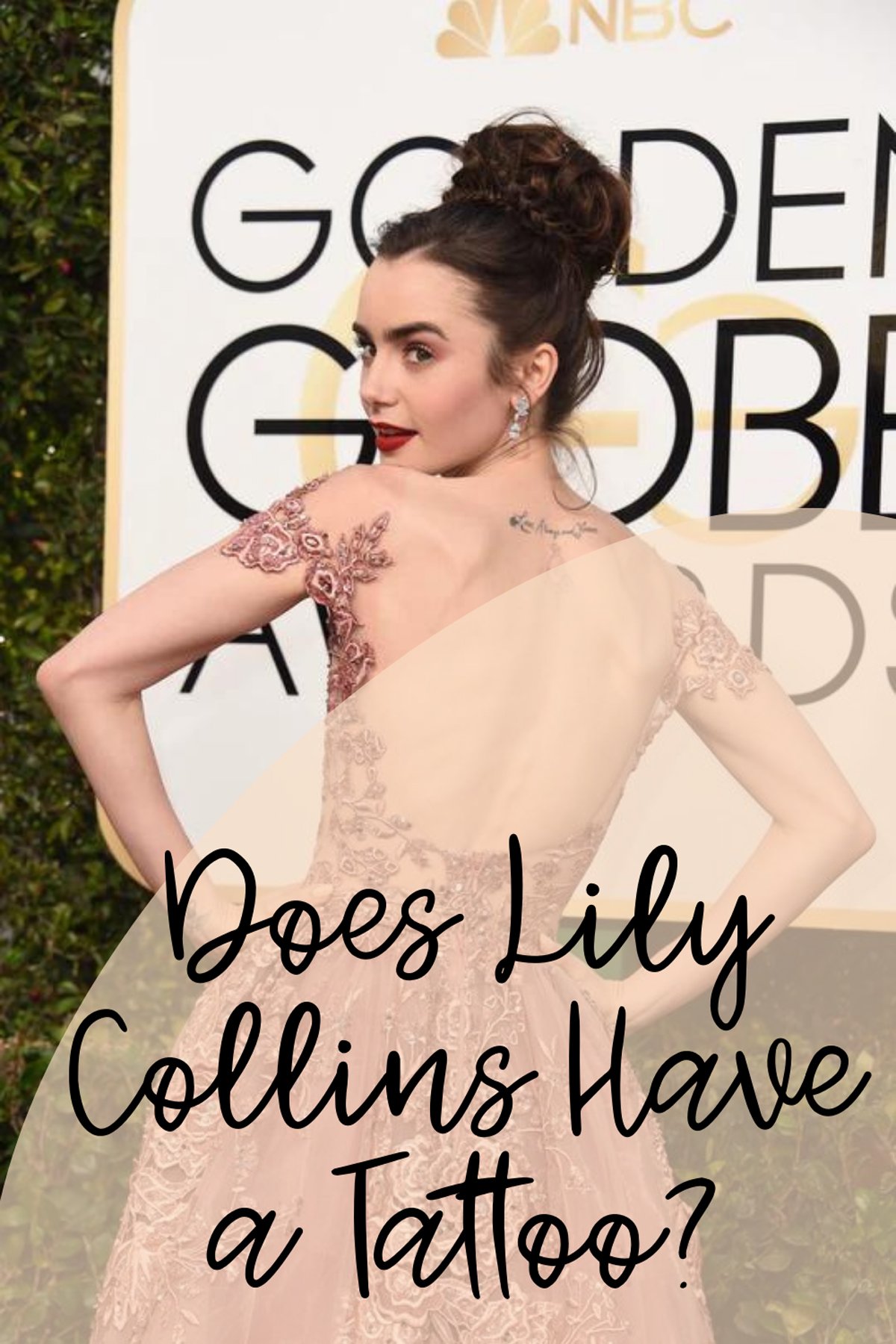 Does Lily Collins Have a Tattoo? 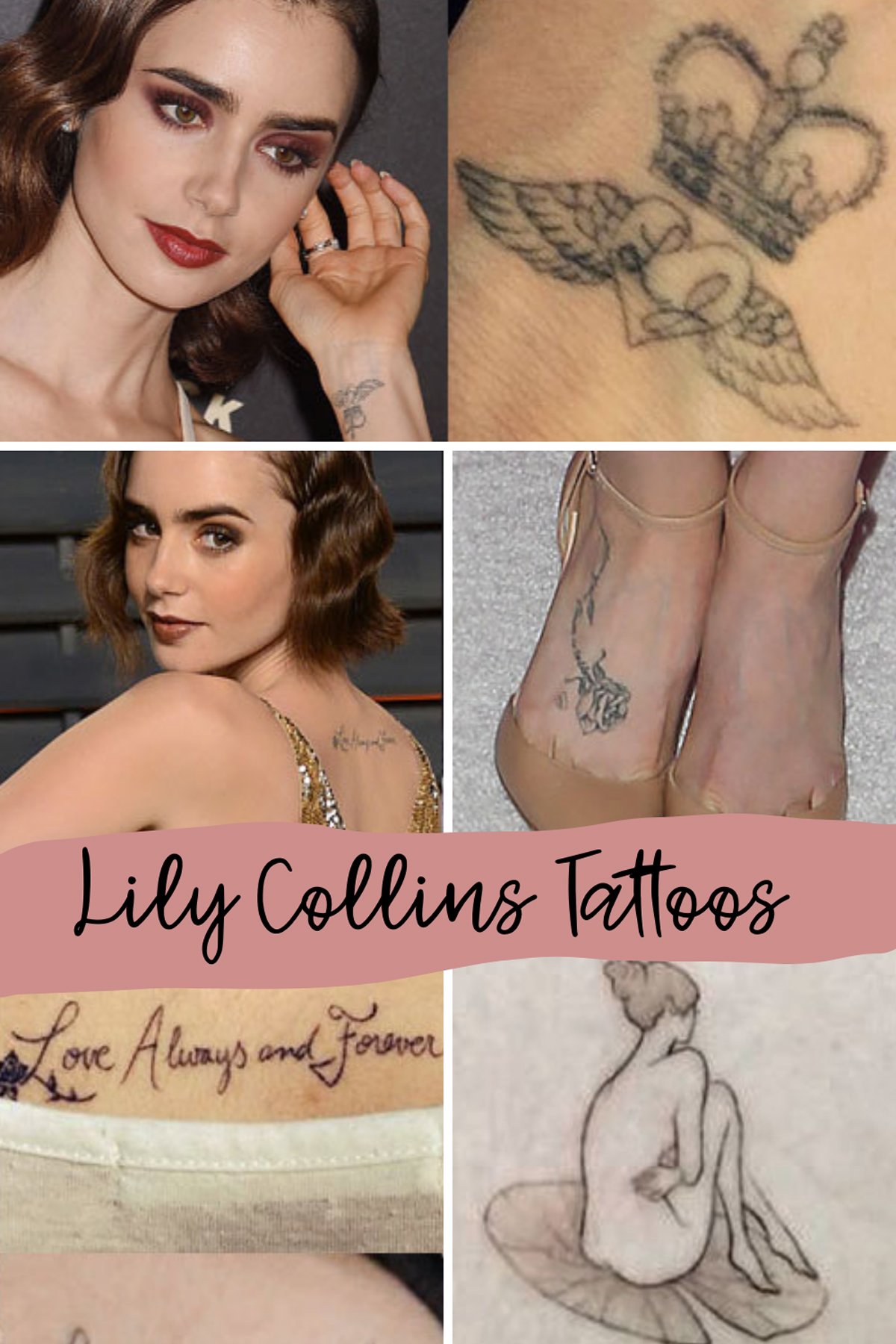 She had the tattoo inked by a man who goes by the name of Tattooist Doy. He is a true artist who is known for his precise lines and intriguing use of color in his work.

Her journey toward self-love is highlighted by the more recent tattoo of a lily pad that is located immediately below the saying on her back. Despite each of her tattoos being significant and reflecting a portion of her journey, this does not mean that getting them did not cause her pain. She was quick to emphasize that “No pain, no gain,” and said this with conviction. Given that she is an artist and enjoys finding new ways to express herself, it is possible that she will most likely get more tattoos over time.

On the left side of Lily’s rib cage is a quaint and lovely tattoo that seems like it was inspired by a Disney fairy tale. It looks like a Tinker Bell, and it has the words “Fragile Thing” in script on it as well.

On her left wrist, Lily Collins has an adorably whimsical tattoo of the British Crown accompanied by angel wings. She explains her tattoo by saying that since she is British, having a British crown on her body is a representation of that, and since her mother has a tattoo of an angel on her, she wanted wings for herself as well. She also mentioned that she went to get this tattoo with her mother at the same time.

The initials “LJ” that stand for her name, Lily Jane, are also written in ink. In addition to that, she mentioned that she had received this tattoo at the same time as her mother.

Her British heritage means a lot to her and her family. It makes sense that she wanted to get an English rose to represent her love of her country. It’s located on her right foot.

If you think Lily’s tattoos are intriguing, then take a look at these designs for some inspiration that are in a similar fashion. 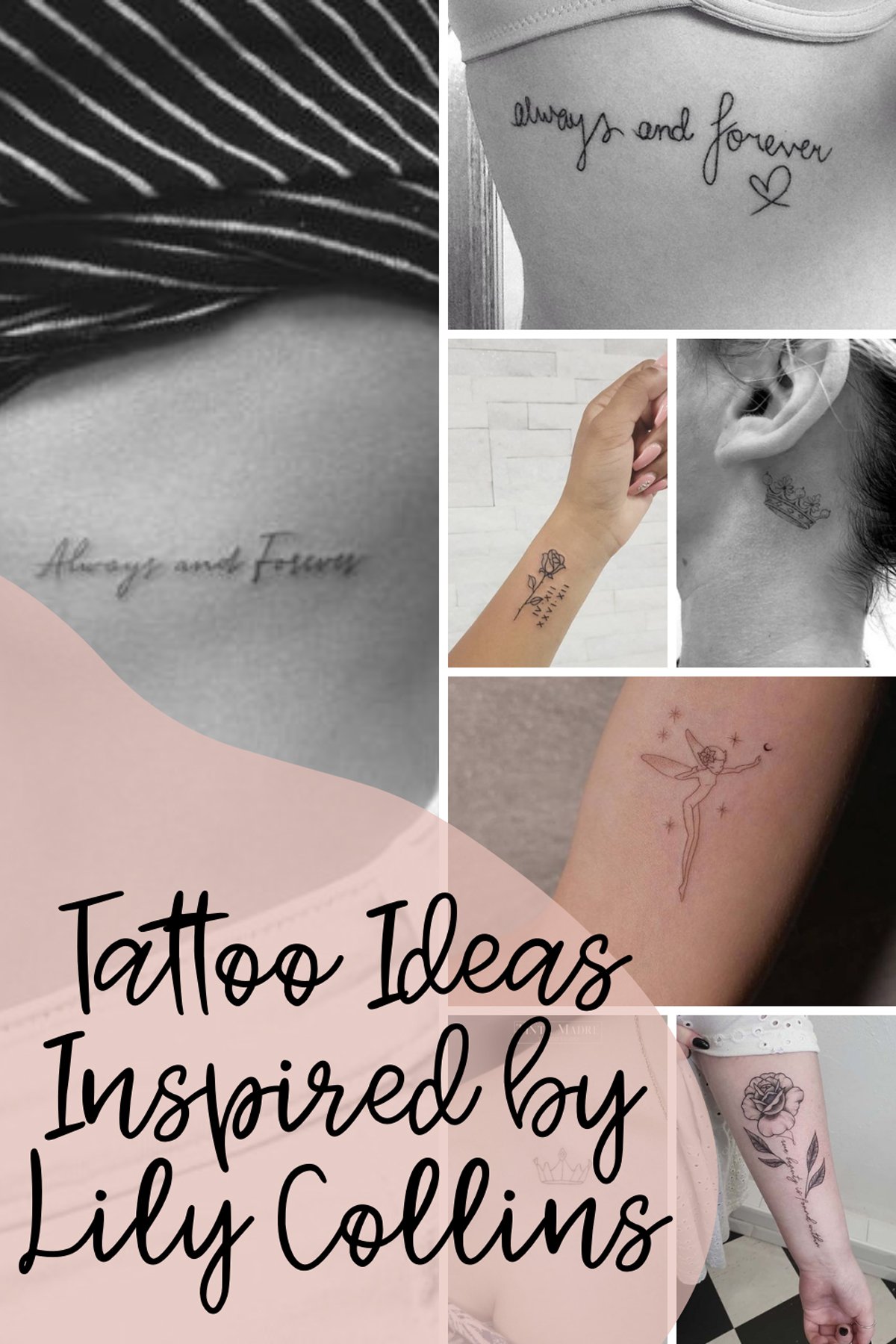 These Lily Collins tattoo ideas motivated us to search for additional designs that we believe she would adore and that are in keeping with her one-of-a-kind aesthetic. Check out these more cool tattoo concepts to find even more ideas to bring to your next appointment with the tattoo artist. 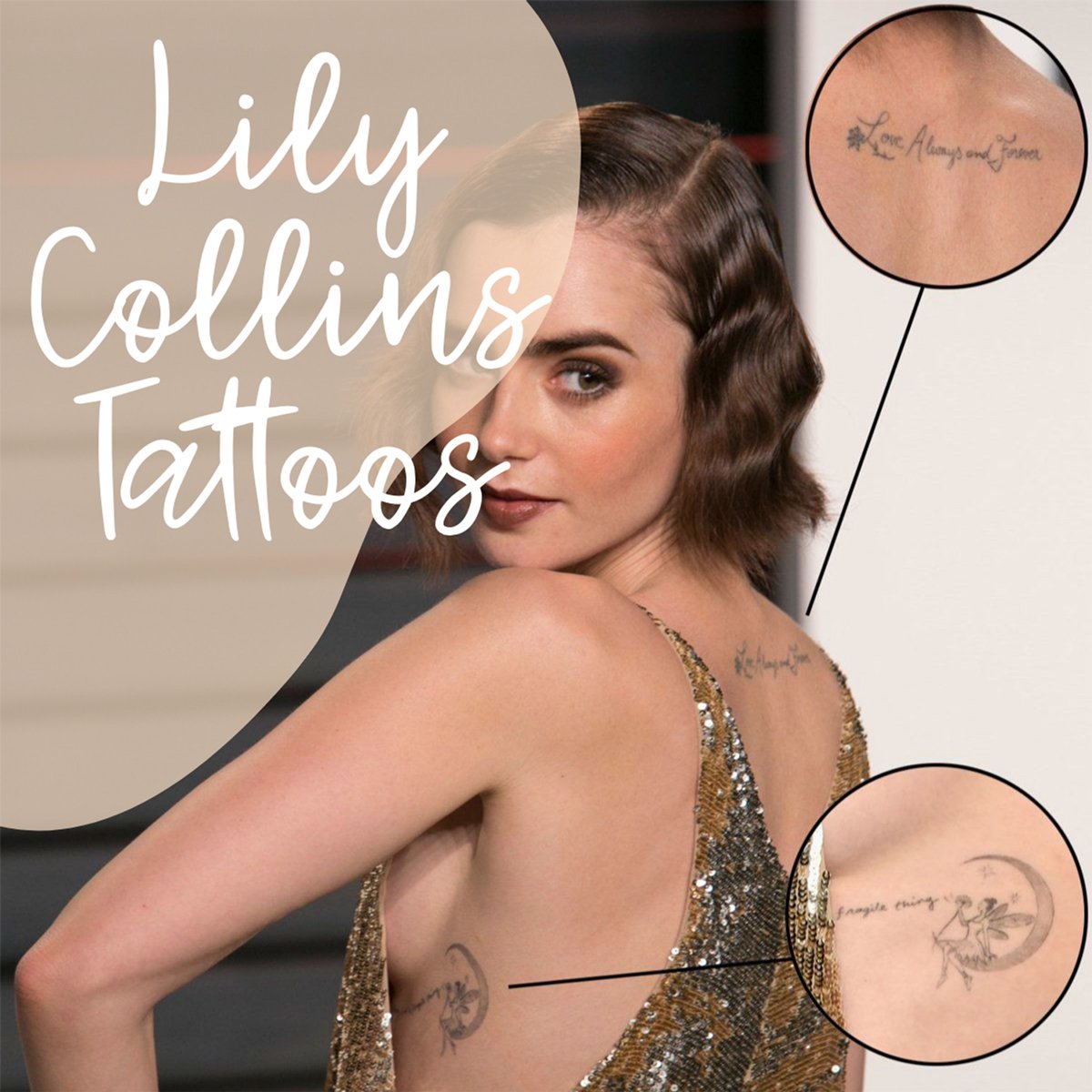