Inside: My favorite different tattoo styles to start your search for new ink in the right direction. Think of it as a Tattoo 101 precursor to figuring out your own style.

Indeed, each of us human beings is born unique. We have our own specific traits, habits, and features that define us and solidify our being. Now more than ever, the world has learned to value individuality and self-expression, urging people to embrace what sets them apart and not conform to society’s standards.

What better way to show your true self than by getting a tattoo?

A tattoo is a form of body art that has been around for centuries – it is the snapshot of a feeling, an idea, or a memory that remains intact on your body for a lifetime.

It is a form of personal narration and an unapologetic way to accept who you are in a world that tells you to be everything else. 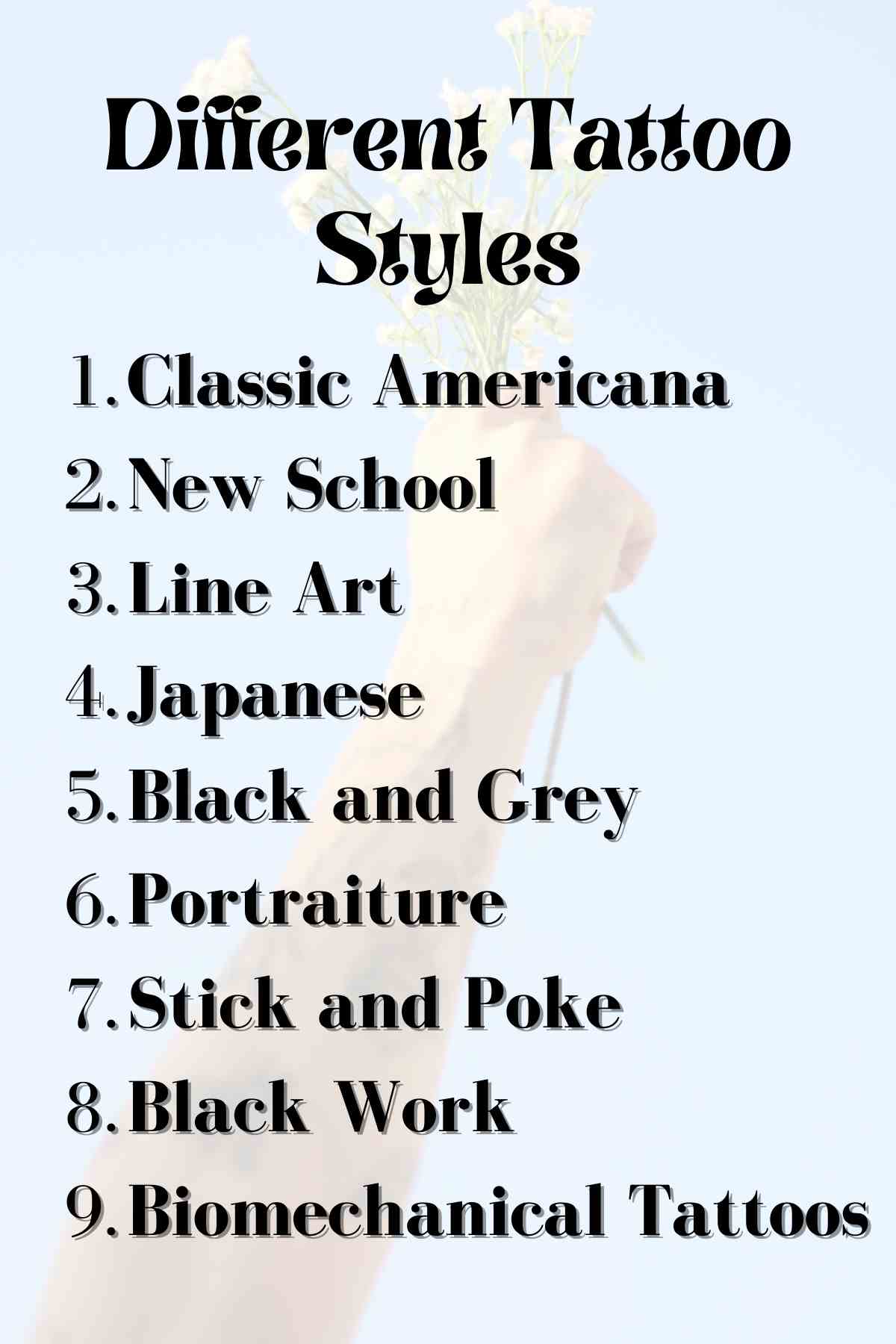 Someone just beginning to venture into the world of tattoos can find themselves intimidated by the multiple options tattoo artists now offer.

To help you get started, we have compiled a list of some common tattoo styles which you can choose from. Some of these styles are relatively modern and adapted from historically popular tattoo designs, while others are decades old.

Perhaps the first image that pops up in your head when you think of the word tattoo is the Classic Americana design. Characterized by bold outlines, use of similar colors, and prominent on-the-face imagery, this old-school, and somewhat vintage style was popularized by Norman Collins in the 1930s. Featuring ocean and nautical imagery, pinup female characters, roses, hearts, and fierce predatory animals, Americana tattoos are for individuals who love being bold and making a statement.

These types of tattoos are similar to classic Americana but ten times more bold, colorful, graphic, and occupy a much larger space. New school tattoos appear to look like a crazy comic book printed on your body – depicting a full image or a collage of many tiny ones. These designs make use of multiple vivid colors and feature fictional, supernatural, and mythic creatures.

Almost all tattoos contain lines, but unlike other designs, a line art tattoo isn’t one containing several colors, shading, or images. Rather, such a tattoo represents minimalism and simplicity. The final design looks as though it consists of a singular line moving, wrapping, and overlapping in certain regions. Tattoo artists take years to master this art, as creating such designs requires a steady hand and consistent flow. 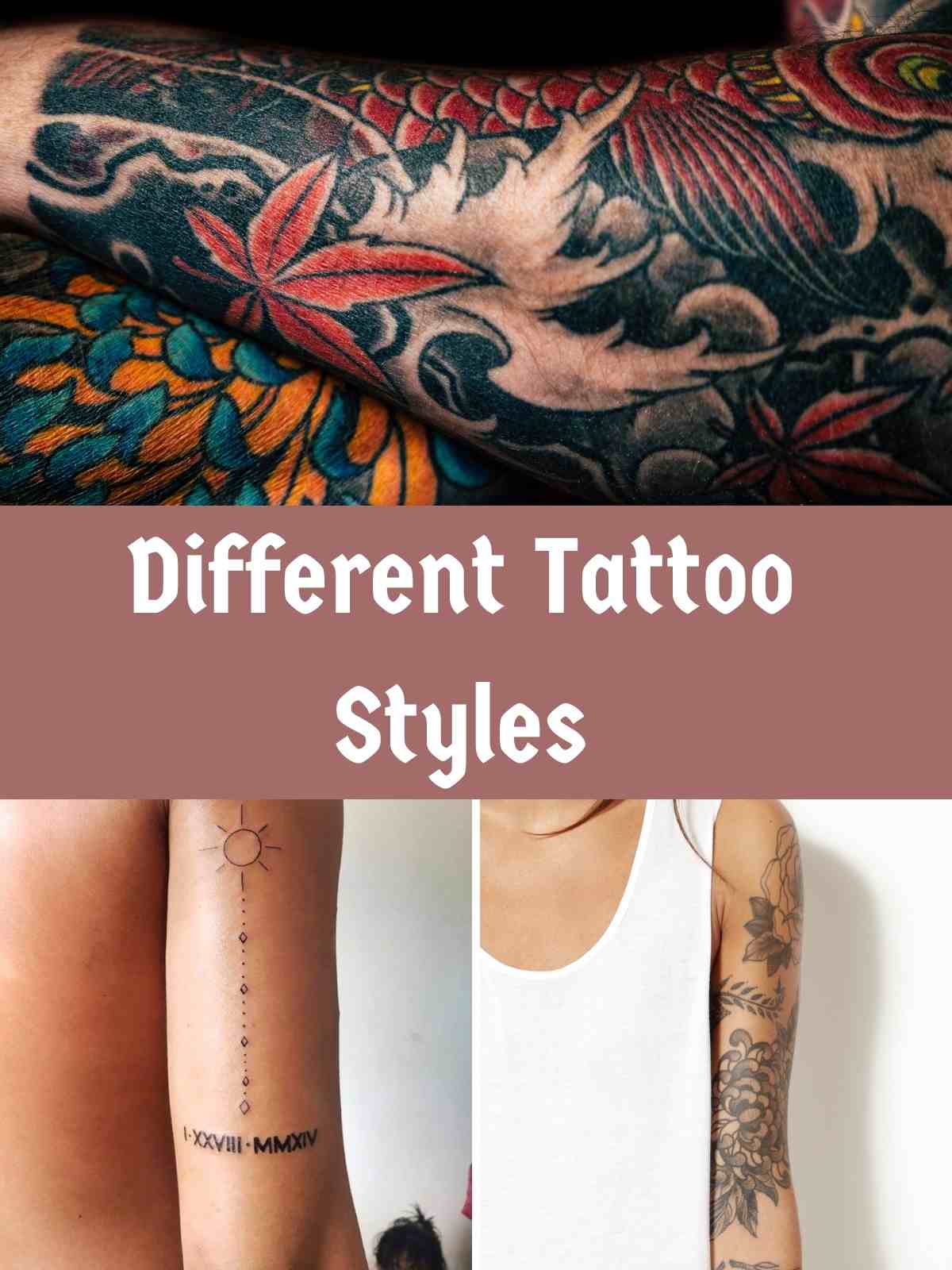 Centuries old, the Japanese type of tattoo, also called Irezumi, pays homage to the Japanese culture, traditions, and history. This genre is not for the understated, as most of these designs cover the entire back, arm, or leg. While tattoo artists nowadays have modernized the concept, many people still prefer to rock the classic masterpieces featuring historical Japanese samurai imagery, characters, gods, and famous legends.

Perhaps the most versatile type of tattoo and one that most beginners opt for is the black and grey tattoo style. This type isn’t limited by subject matter, imagery, content, or scale and can encompass any genre, representing a wide range of styles. Such tattoos are a spectrum of black and showcase multiple shades of grey, created by watering down pure black ink.

Just as the name suggests, portraiture types of tattoos make use of real-life portraits of friends, relatives, celebrities, historical figures, and famous, influential people. This form of tattoo originates from the classical realism genre – a style that showcases realistic renderings of imagery.

But unlike realism which is a broad category, portraiture is restricted solely to the drawing of human beings. Through these designs, artists can achieve eerily accurate renditions of people in black and grey and color form, mostly without black outlines.

For the people who believe less is more, stick and poke tattoos are the way to go. Recently popularized by DIY tattoo-ers, this type of tattoo is simple, minimalistic, and made using a single needle. The wearer is allowed to choose a needle of a single color and specific thickness to create the entire design.

If done right, this form of art featuring monochromatic, bold lines can go to beautiful levels. While the imagery is usually pretty basic, one can go as creative and complex as one wants.

Derived from original tribal tattoos, black work is a tattoo genre in which artists use bold lines to draw geometric shapes rendered in solid planes of black ink. While initially, these tattoos only included shapes and abstract patterns, nowadays, artists have taken them to a whole new level.

From figurative forms, recognizable scenes, and subjects, blackwork can be used to showcase a wide variety of imagery – but only in black ink.

Mostly made freehanded, biomechanical tattoos follow the natural and unique flow of a person’s body. These designs use multiple colors and usually mimic images of machinery as if it’s hidden underneath the skin.

The finished work often resembles a shot straight out of transformer movies. Many artists also tend to include images of extraterrestrial creatures, artifacts, and technology within their designs. 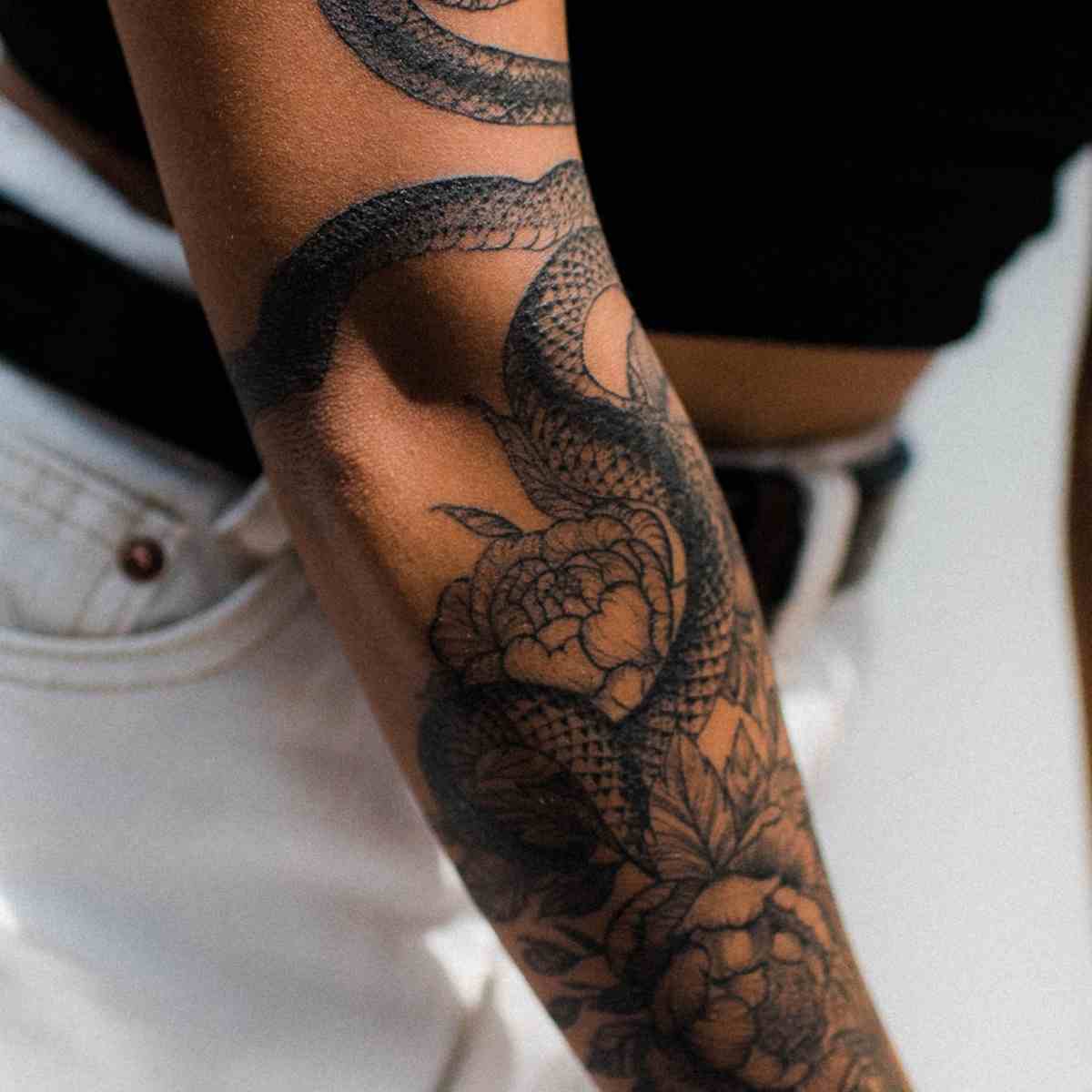 Since tattoos are a lifetime commitment, it is vital to understand and explore your options before settling on your final choice.

You can choose many designs depending on your personal taste, style, and aesthetic.